He Was Bound For NBA Stardom, But Tragedy Struck Mere Days After the Draft

Zarouhi Mikaelian
He Was Bound For NBA Stardom, But Tragedy Struck Mere Days After the Draft July 27, 2018 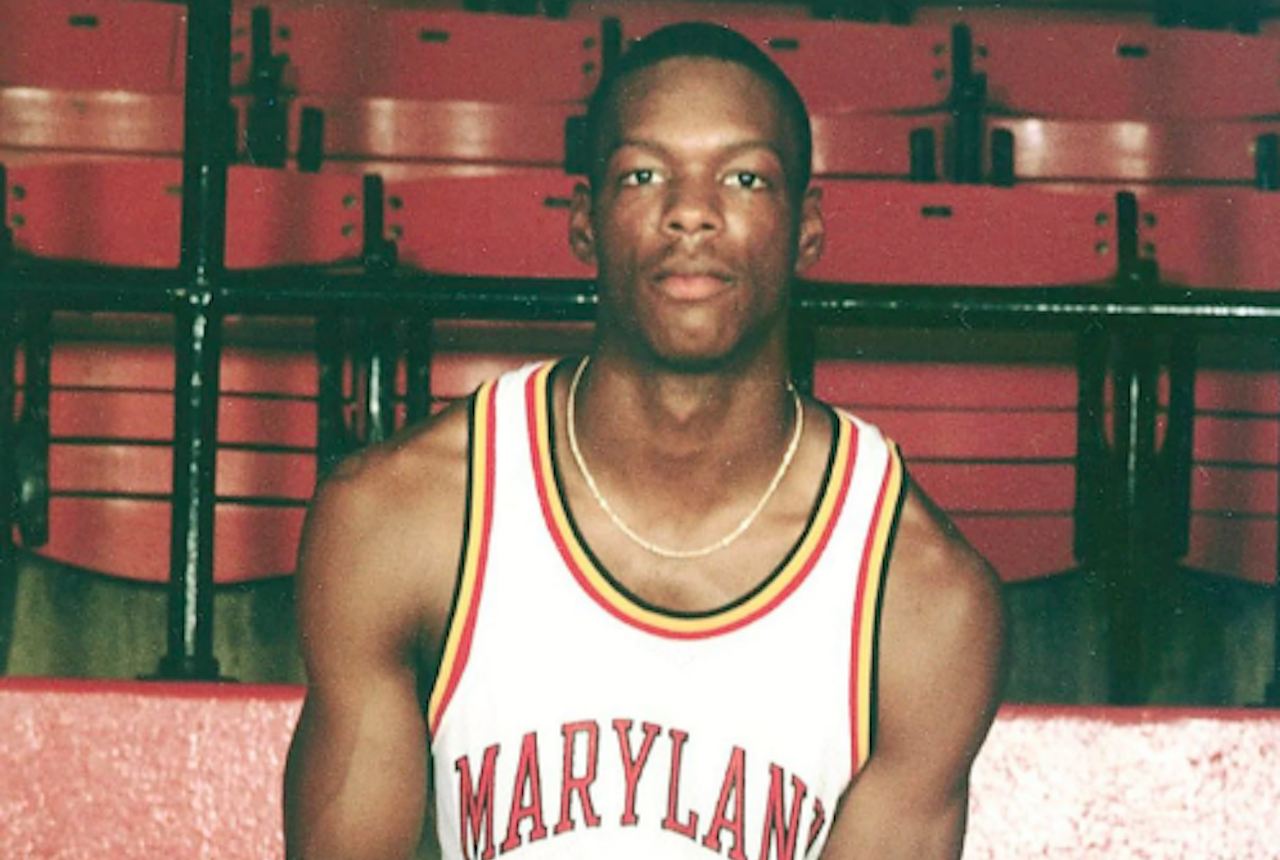 Reginald Adams knew firsthand how unstoppable Len Bias was. "He'd jump and his knees would be in my teeth, and I’m 6-2," said Adams, who played basketball against Bias in high school. "The way he played motivated me so. I'd look at him play and say I wish I could do that. He’d intimidate you with words, talk about your mother. But when you tried it on him, go to him on the line and say, 'You're gonna miss,' he'd smile and say, 'No. Too good.'" Bias' immense talent took the forward to the top of the college ranks. Then it took him to the cusp of an NBA career with an all-time great team, before tragedy struck.

As a freshman at the University of Maryland during the 1982-83 season, Bias was "raw and undisciplined," according to The Baltimore Sun. Still, he averaged 22 minutes, 7.1 points, and 4.2 rebounds per game, and made 13 starts. He took a significant step forward as a sophomore, scoring 15.3 points per game while shooting a tidy 56.7 percent from the field.

By Bias' junior year of college, he was one of the best players in the country. The dynamic 6'8" forward averaged 18.9 efficient points and 6.8 rebounds per game, drawing ACC Player of the Year honors and landing on the consensus All-American second team. He carried his squad to the Sweet 16, where the Terrapins fell to the Villanova Wildcats, the eventual champions.

"He was a physical specimen," said Johnny Dawkins, a former Duke star who played against Bias throughout high school and college before a nine-year NBA career. "He had a very soft jumper, and he got up so high, no one could affect it. He would have been a terrific player in the NBA."

Bias' signature college game came on February 20, 1986, when he led the unranked Terps to a 77-72 comeback victory against the No. 1 Tar Heels in overtime, handing UNC their first ever loss at the Dean E. Smith Student Activities Center. Bias dropped 35 points, and personally outscored UNC 8-4 down the stretch.

"The one thing I always think about is how he elevated when he shot his jump shot," said Brad Daugherty, a star center for that UNC team. "He elevated higher than anyone I've ever seen to get off that shot. Most people, Michael Jordan included, might shoot on the way up, but not Lenny. Every jump shot was released at the peak of his jump. He had a great mid-range game. He was deadly from 8 to 15 feet."

The forward took another impressive leap in his senior season, averaging 23.2 points and 7 boards per game. He repeated as ACC Player of the Year and was elevated to the consensus All-American first team. Somehow, he landed in the hands of an NBA team coming off a championship season.

During the 1984 NBA offseason, Celtics president and general manager Red Auerbach flipped Gerald Henderson and cash to the Seattle SuperSonics for a 1986 first-round pick. Despite a strong 1985-86 season from Henderson, the SuperSonics went just 31-51, and the Celtics, after claiming the 1986 title, landed the No. 2 overall pick.

The Cavaliers selected Daugherty first overall in 1986, letting Bias slip to a stacked Celtics team that featured Larry Bird, Kevin McHale, and Robert Parish. Bias was prepared to provide depth to a team with aspirations to repeat as champs. "They've told me I'll be the sixth man," Bias said. "They said I'd get plenty of playing time. I'm not worried about that."

"He's maybe the closest thing to Michael Jordan to come out in a long time," said Ed Badger, who scouted Bias for the Celtics, the night Boston made him the second overall pick of the 1986 NBA Draft. "I'm not saying he's as good as Michael Jordan, but he's an explosive and exciting kind of player like that." Badger's not the only person to compare Bias to His Airness.

"This is my 24th year at Duke, and in that time there have been two opposing players who have really stood out: Michael Jordan and Len Bias," legendary Duke head coach Mike Krzyzewski told The Boston Globe in 2003. "Len was an amazing athlete with great competitiveness. My feeling is that he would have been one of the top players in the NBA."

"He created things," Coach K continued. "People associate the term 'playmaking' with point guards. But I consider a playmaker as someone who can do things others can’t, the way Jordan did. Bias was like that. He could invent ways to score, and there was nothing you could do about it. No matter how you defended him, he could make a play."

"He's just a great athlete," Auerbach said. "I've seen him play many times. I've seen him practice many times. He's got good work habits. He's a good kid. He's going to play. ... You ever hear of the word insurance? He's pretty good insurance." The Celtics legend also noted: "He was as happy as any player I've ever signed."

"Maryland had a great team, but we were always the underdogs," Bias said after getting selected by the defending champions. "Now the Celtics are the top dogs, a team that gets to the playoffs every year. I can handle it. I never looked at myself as a star. You all did. As far as not having the ball as much, I haven't even thought about that. I'll worry about it when I get there. I'll say one thing. It will be nice to get to play with a guy over 7 feet tall (Robert Parish)."

On June 18, 1986, the day after the draft, Bias and his father James flew to Boston for a signing ceremony. He also met with representatives of Reebok to discuss a five-year endorsement deal worth $1.6 million. The father and son flew back home that night, and Bias arrived at his dorm at midnight on June 19, 1986. He wouldn't live to see June 20.

Bias ate crabs and hung out with his friends until 2 a.m., when he briefly left to attend an off-campus party. He returned to his dorm roughly an hour later. The friends were reportedly passing around cocaine on a mirror. After 6 a.m., Bias shut his eyes and began suffering a series of seizures.

At 6:32 a.m., Bias' friend Brian Tribble frantically called 911. "It's Len Bias," he screamed to the dispatcher. "He passed out. His body his shaking. You have to get here fast. You have to save him." At 8:50 a.m., the 22-year-old was pronounced dead at Leland Memorial Hospital. In an autopsy days later, Dr. John E. Smialek attributed Bias' death to a cocaine overdose, "which interrupted the normal electrical control of his heartbeat, resulting in the sudden onset of seizures and cardiac arrest."

Howard Silverman, then the acting head of the state's Drug Abuse Administration, described the ingested drugs as "dealer-level quality" cocaine. "You're not going to stop on the street corner and get that quality," he said, according to the Los Angeles Times. "You'd have to be pretty well connected."

Bob Wagner, Bias' coach at Northwestern High School in Maryland, recalled conversations he'd had with his star player about drugs. "He had a reputation for not being a drug user," Wagner said. "But I have talked to him about guilt by association. Lenny did associate with some people like that [drug users]. He always said, 'People know I'm not using, so what's the problem?' I guess the main lesson is that it only takes once. When it comes time for right or wrong, there's no timeout. It's not a basketball game."

Tribble (pictured with Bias) was accused of supplying the cocaine that killed Bias. He stood trial, but was acquitted of all charges on June 3, 1987. Three years later, he was arrested as the result of a two-year undercover sting operation. Tribble pleaded guilty to conspiracy to distribute cocaine and was sentenced to 10 years in prison.

But the tragedy wasn't over for Bias' family. Not five years later, Bias' younger brother, Jay Bias, was murdered in a drive-by shooting just a handful of miles from the University of Maryland campus. Their mother, Dr. Lonise Bias, became a community activist, opening the Len and Jay Bias Foundation with a mission to encourage youth to have a positive impact on society.

The younger Bias was planning to transfer to American University to play basketball. He was pronounced dead at Leland Memorial Hospital, the site of his brother's passing. The brothers rest next to each other at Lincoln Memorial Cemetery. "Out of the deaths of my two sons came a mission," said Dr. Bias. "That's why I stand here today clothed in my right mind."