The Most Unforgettable Catches In MLB History

Zarouhi Mikaelian
The Most Unforgettable Catches In MLB History June 11, 2018 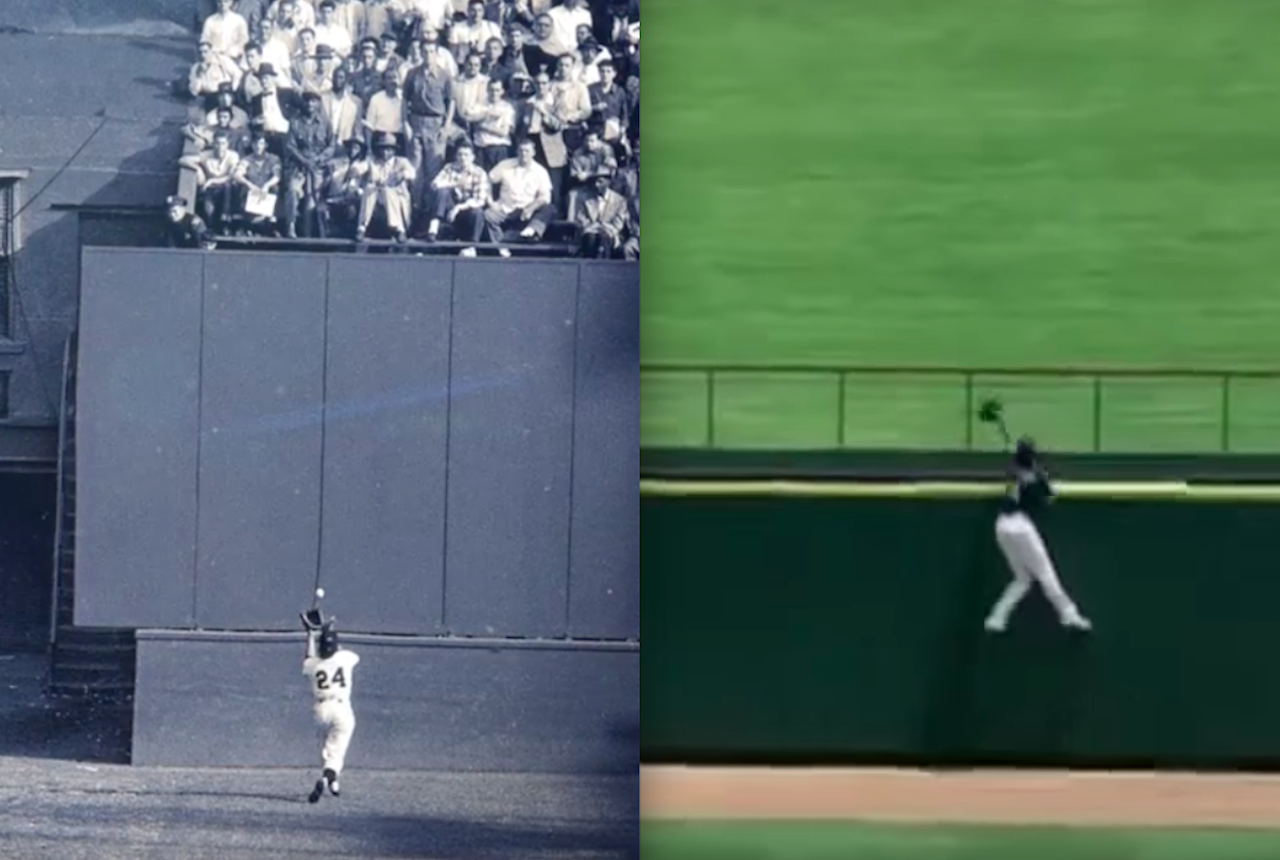 The most memorable catches in MLB history

The National League formed in 1876, followed by the American League 25 years later. The 142 years since that first big league season. That’s a lot of baseball. And those years have seen, if my time-consuming calculations are correct, somewhere between 12 and one trillion catches. But humanity’s desire to play baseball predated our desire to watch moving pictures on boxes in our living rooms. So there isn’t video evidence of every single one of baseball history’s catches. Therefore, for this list of the most memorable catches in MLB history, we had to make do with recorded history.

Jim Edmonds goes over the head

While not the fleetest of foot center fielder, Jim Edmonds still claimed eight Gold Glove awards thanks in part to his preternatural ability to know where a ball will end up. On June 10, 1997, he utilized this super power to rob the Royals’ David Howard of a game-tying extra-base hit.