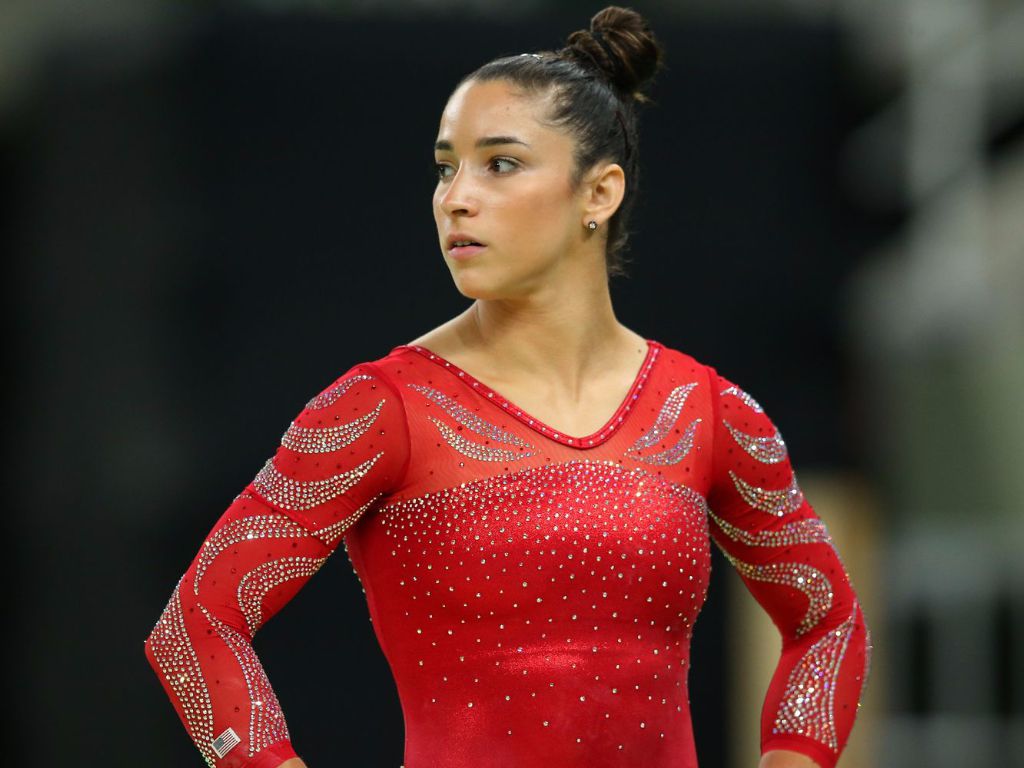 The Olympic Games aren't all fun and games. From imposters to boycotts to tragic deaths, they've had their share of controversy. Find out what some of the worst scandals have been and how they have shaped the games you know and love...

A month before the 1994 Olympics in Lillehammer, Nancy Kerrigan was attacked. Tonya Harding's ex-husband was found to be responsible. Kerrigan triumphantly returned to the Games and went on to win silver. Harding competed, but did not medal. Harding was later banned for life from all U.S. Figure Skating competitions, as well as from becoming a sanctioned coach.

An Imposter Crosses The Finish Line

At the end of the 1972 marathon, a German runner entered the stadium and was met with much fanfare. Except he wasn't the leader of the race. He wasn't in the race at all. He was simply pulling a prank. Broadcasters were immediately outraged. You can hear their incredulity here.

The Salé and Pelletier Scandal

After Canadian figure skating pair Jamie Salé and David Pelletier finished their skate in 2002, many seemed certain they would win gold. Except they didn't— a Russian pair won. While figure skating does have subjectivity in its judging, it seemed so egregious that an investigation took place. A French judge confessed that she had been pressured to vote in favor of the Russian pair, in exchange for the Russian judges voting favorably for the French team. She later retracted her statement. Salé and Pelletier were awarded gold alongside the Russian team. To prevent this from occurring in the future, the entire scoring system for figure skating was revamped, and that new system is still used today.

For the 2018 games, the entire country of Russia was banned from competing in the Olympics. It had been discovered that not only had Russian athletes been doping, but they had done so as part of a state-sponsored scheme. In order to not punish Russian athletes who had not participated in the scheme, the Olympic committee said the athletes could still enter as individuals, but they had to wear a neutral uniform, and the Russian anthem would not be played. Russian athletes were evaluated on a case-by-case basis to determine eligibility.

The reason Russia got banned in 2018 was because of their performance in the 2014 Games. The McLaren Report discovered that, leading up to the 2014 Sochi Olympics, many Russian sports federations had covered for athletes who had participated in doping. Over 1,000 athletes benefited. 43 Russian athletes who competed at Sochi were subsequently disqualified, and 13 were stripped of medals.

The doping scandal wasn't the only 2014 Olympic scandal. Leading up to the Sochi Olympics, many LGBT organizations protested the Games because of Russia's many anti-gay laws. The Human Rights Watch, among others, called for a boycott of Sochi. Many countries voiced their protests for Russia's laws, and Google even created a rainbow-colored Google Doodle that linked to a search for the Olympic Charter, which prohibits discrimination against athletes based on sexual orientation.

The Death of Nodar Kumaritashvili

During a training run prior to the 2010 Games, Georgian luge athlete Nodar Kumaritashvili was killed when he was thrown from his sled and hit a pillar. The Vancouver Olympics Organizing Committee (VANOC) put the blame on Kumaritashvili. However, for more than a year leading up to the Olympics, many athletes had complained that the track was too fast. One of the members of VANOC and the President of the International Luge Federation had even expressed concerns that the track was too dangerous. Kumaritashvili's family was given a $150,000 insurance payout.

Snowboarding was introduced for the first time at the 1998 Nagano games. Canadian Ross Rebagliati's gold medal win was a historic one, as it was the first in Men's Snowboarding. After his win, however, he tested positive for marijuana and his medal was stripped. His medal was later reinstated.

On May 8, 1984, the Soviet Union announced it would not be participating in the Summer Olympics, being held in Los Angeles. It cited "chauvinistic sentiments and an anti-Soviet hysteria being whipped up in the United States". 14 Eastern Bloc countries and allies joined them. Countries such as Czechoslovakia, Poland, Hungary, East Germany, Mongolia, Vietnam, Bulgaria, Laos, and Cuba did not participate.

The 1984 boycott, however, was only a response to the 1980 boycott. Jimmy Carter announced the boycott to the 1980 games, to be held in the Soviet Union, as a protest to the invasion of Afghanistan. A whopping 65 countries joined the boycott. It's the largest Olympic boycott in history.

In 1958, China withdrew from the Olympics over the recognition of Taiwan. In 1979, the International Olympic Committee (IOC) voted to reinstate China. Taiwan, however, had been competing in the intervening years under the name of the Republic of China. In protest, they boycotted the 1980 Winter Olympics. Though the Summer Games have been boycotted on may occasions, this was the only boycott of a Winter Games.

In 1970, the 1976 Winter Games were awarded to Denver, Colorado. It was meant to be a celebration of America's bicentennial. As costs ballooned, however, many residents of Colorado began to protest. Eventually, a statewide referendum was held, and Coloradans voted against the Games. They were moved to Innsbruck, Austria.

The Olympics have had a longstanding rule that only amateur (i.e. non-paid) athletes can compete. Karl Schranz was photographed at a soccer game wearing a T-shirt advertising a coffee brand. The Olympic Committee subsequently barred him from the 1976 Games. They said, "Considering the activities and influence of Karl Schranz, the way he has permitted the use of his name and pictures, has been decided that he will be ineligible to participate in the Winter Olympics.

Schranz's 1976 Olympic furor wasn't his first controversy. In 1968, French skier Jean-Claude Killy swept the alpine skiing competitions, winning gold in all three competitions. The slalom, however, had poor visibility, and Schranz protested his run, saying a patrolman crossed the race during the course, and he had to stop. He was allowed to re-start the race, and beat Killy. A Jury of Appeal, however, re-watched the television footage, and said Schranz had missed a gate. They annulled his time and the medal was awarded to Killy.

The Eastern Bloc came up with a clever way to get around the "amateur athlete" rule. Instead of paying athletes to compete, they provided them with everything. They were given apartments, cars, coaches, medical assistance and training facilities. This put many Western, self-sponsored athletes at a disadvantage, and many protested the unfair advantage.

In 1972, members of the Palestinian terrorist group Black September entered the Olympic Village and took eleven members of the Israeli Olympic team hostage. All were killed during a failed rescue attempt. Despite the attack, the Games continued. Many protested this decision.

By the 1972 Games, the USA Men's Basketball team had won the previous seven Olympic titles, and were favored to win again. With three seconds left on the clock, the Americans came back from being down by one point to a one point lead, and were certain they were going to win against the Soviet Union. Officials, however, for reasons still disputed, gave the Soviet Union another chance to play, and they went on to win 51-50. The Americans refused their silver medal, and still dispute the result.

During the 2016 Rio Olympics, four members of the U.S. swim team - Ryan Lochte, Jimmy Feigen, Jack Conger, and Gunnar Bentz - claimed they had been robbed at gunpoint by men who said they were the police. The story dominated the news media. It later emerged, however, that the swimmers had vandalized a gas station, and the men with guns were actually security guards trying to intervene. There was video footage confirming this version of events. Because of his lying, Lochte lost all of his commercial sponsors. All four swimmers were suspended from competition.

At the 1994 Olympics, Surya Bonaly and skater Yuka Sato were in a close race for gold. Bonaly, however, was awarded silver. Bonaly's style of skating has been described as "gymnastic", and she often found herself losing to more "artistic" skaters, which many felt was partially a racial slight. In protest, Bonaly removed her medal, and was booed. In the 1998 Olympics, Bonaly's scores left her far away from medal contention. Knowing she had no chance, she performed a backflip, an illegal move. Bonaly said, "I wanted to do something to please the crowd, not the judges. The judges are not pleased no matter what I do."

In 1988, Canadian sprinter Ben Johnson won gold in the 100-metres. He beat American rival Carl Lewis, and set a new world record - 9.79 seconds. His urine, however, tested positive for an anabolic steroid. Johnson was stripped of his medal.

The fight for civil rights was at its height in 1968, with the Civil Rights Act passing in August of that year. In 1968 in Mexico City, when Americans Tommie Smith and John Carlos won gold and silver, respectively, in the 200 m, they raised their fists in an act of solidarity with black Americans. They were booed. They were condemned by the IOC. They were ostracized in the US. Tommie Smith said, "If I win I am an American, not a black American. But if I did something bad then they would say 'a Negro'. We are black and we are proud of being black. Black America will understand what we did tonight."

The 1936 games were to be held in Berlin, Nazi Germany. Some felt this would be a tacit support of Hitler, and debated boycotting or moving the Games. Though Olympic President Avery Brundage felt satisfied that Jewish athletes would not be discriminated against, many were barred from competing. The Games went on, with Adolf Hitler being a prominent figure throughout the games. Once war broke out, the 1940 and 1944 Games were cancelled, leaving the 1936 Games the last to be played until 1948.

Axis Powers Barred from the Olympics

When the Olympics were reinstated, lines were drawn based on WWII participation. Two major Axis powers - Germany and Japan - were suspended. Ally Romania was as well. All countries were allowed to compete again in the 1952 games.

Věra Čáslavská Turns Away from the Anthem

The Soviet Union had gone to great lengths to ensure that the Czech women did not sweep the medals in gymnastics in 1968, including forcing the girls on Soviet team to get pregnant and have abortions, since pregnant women produce more red blood cells. The Soviets were also alleged to have interfered with the judging. Čáslavská lost points for questionable 'artistic penalties'. She still, however, managed to win gold. Except at the last minute , it was announced that Soviet Union competitor Larisa Petrik's score had been upgraded, and the two would share a medal. When the Soviet Union's anthem was played, Čáslavská bowed her head. It ended her career for over ten years. Czechoslovakia barred her from competing or coaching, at home or abroad.

Budapest is Stripped of the Games

Budapest, Hungary was to host the 1920 Summer Games. They beat out Amsterdam and Lyon. However, since the Austro-Hungarian Empire had been a German ally during WWI, the IOC took the Games away from them. They were awarded to Antwerp, Belgium instead.