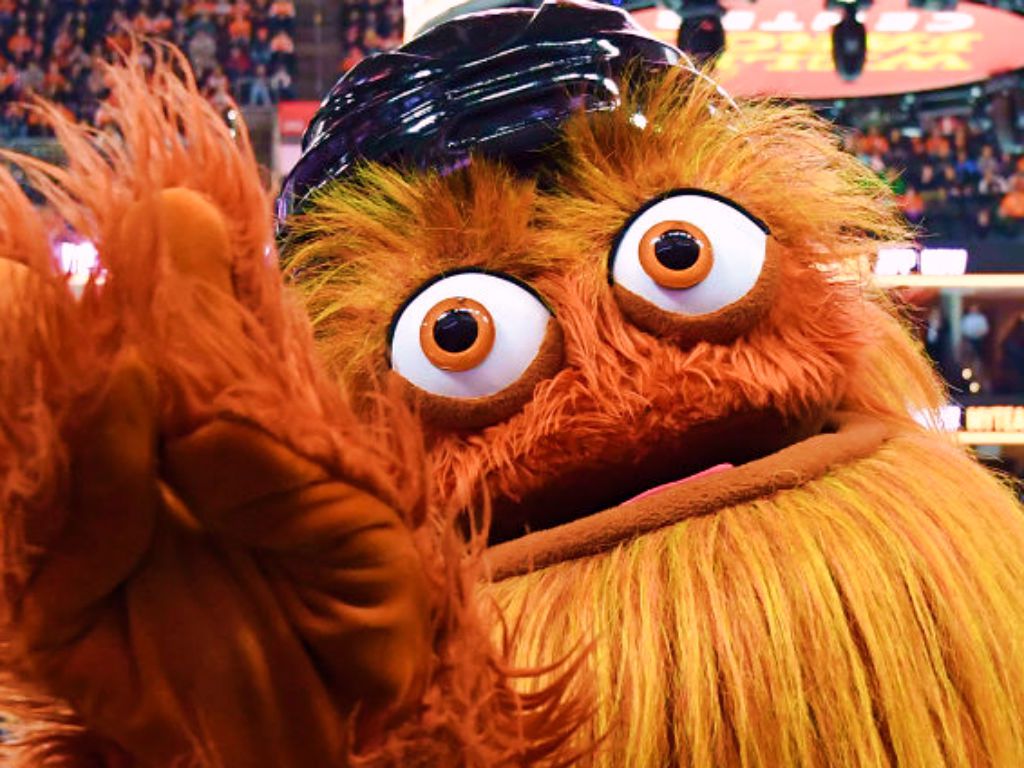 In this season that celebrates all things spooky and scary, now would be the perfect time to recognize some of the sports team mascots that would fit right in at any haunted house. You can’t fault teams for going for the intimidation factor, but these guys take striking fear in the hearts of the opponent a little too far.

The concept of a Demon Deacon is already disturbing. Is he possessed? Is he abusing his position of religious authority? Throw in the fact that he looks like the deranged cousin of Statler and Waldorf, and you have one terrifying mascot. And why on Earth does he drive a motorcycle?

With a giant fiberglass head that looks like it could easily detach from his body, and huge, sunken eyes that stare straight into your soul, the Boilermakers’ Purdue Pete is not someone you would want to encounter in a dark alley. And you definitely do not want to know what he can do with that sledgehammer.

As if spiders aren’t big and scary enough, the University of Richmond’s WebstUR comes in human size, complete with extra limbs and cobwebs sure to make your skin crawl if you happen to brush against them. His glowing red eyes push the fear factor over the top.

Everything about the Cowboys’ gun-toting Pistol Pete is terrifying, from his enormous head, to his dark, knowing eyes, to his eerily detailed wrinkle lines, all the way down to his crotchless chaps and the razor sharp spurs on his boots.

Even more than the mascot itself, I’m afraid of the troubled mind who thought the Stanford Tree was a good idea. And with a totally new design every year, it’s impossible to even acclimate to one version of the Tree before an even more horrifying iteration comes along.

If you want a mascot that looks devilish, it’s hard to go wrong with Sparky’s creepy, pencil-thin mustache that evokes both Salvador Dali and Adolf Hitler, or his penchant for pitchforks, whether as a borderline obscene hand gesture or in giant physical form.

With a nickname like the Hilltoppers, Western Kentucky had to get a little creative to come up with a mascot, but why did they have to introduce this monstrosity to the world? Big Red’s gaping black maw is literally large enough to swallow an entire cheerleader in a single gulp.

Wichita State describes WuShock as “a big, bad, muscle-bound bundle of wheat,” conjuring images of GMOs gone horribly wrong before you even get a look at him. His actual appearance is somehow worse, with a long, bulbous nose and blonde pigtails that resemble nothing so much as “Baby One More Time”-era Britney Spears.

Friar Dom’s droopy-lidded eyes and black, toothless grin (or is it a grimace?) already make him one of the creepiest mascots in all of sports, but his dark cowl is what truly confirms his place on this list, and quite possibly his membership in a death cult.

Legend has it that the creature known as the Billiken first came to Missouri-native Florence Pretz in a dream, but SLU turned it into a nightmare with a mascot that looked like the spawn of Nosferatu and Voldemort. Thankfully, the school upgraded to a slightly less creepy version in 2016.

Southern Illinois’s Saluki mascot could have been known for its cute, furry ears, but it possessed a set of teeth that were entirely too realistic and always seemed poised to tear out someone’s throat. Thankfully the university debuted an updated version in recent years that’s entirely tooth-free.

As a hand-drawn logo, Otto the Orange is actually pretty cute, but his costumed form is anything but. You can’t unsee his giant face that seems to protrude from his chest or his arms where there should be ears.

The Blue Blob looks like what you might get if you left Sesame Street’s Grover out in the sun for too long, but its most disturbing feature is a hidden, giant pink tongue with a mind of its own that was once profiled in a highly questionable 2010 Playboy article.

Cal Berkeley will try to tell you that Oski is a bear, but he doesn’t look like any bear I’ve ever seen. It’s hard to imagine a more unsettling combination of facial features, from the nubby ears, to the massive forehead, to the grotesquely U-shaped mouth, to the complete lack of chin. By tradition, Cal also keeps the identities of the students who portray Oski shrouded in mystery, adding another layer of creepiness.

Evergreen State College’s small school status has kept its mascot from becoming a household name, but Speedy the Geoduck (unbelievably pronounced “gooey-duck”) is undoubtedly one of the scariest mascots in the country. The real-life animal it’s based on, a giant flesh-colored snail, is somehow even more disconcerting.

Representing the 2012 Summer Olympics and Paralympics in London, Wenlock and Mandeville were fairly creepy based on appearance alone, each with just one huge eye atop a humanoid body, but their backstory made them more unsettling with the reveal that the eyes were in fact meant to be cameras that recorded everything they saw.

The Phillie Phanatic might be the most popular mascot in Major League Baseball, and there’s certainly something endearing about it, but you have to admit it’s also mildly terrifying. It’s not really clear what the Phanatic is supposed to be, and its cone-shaped mouth and tiny protruding tongue are just unnatural.

The Phanatic paved the way for another scary Philadelphia mascot in the Flyers’ Gritty, who they unleashed on the world just a short while ago in 2018. Gritty’s unkempt orange fur and bulging, lidless eyes are probably what most kids imagine when they think of the monster under the bed.

Inspired by a Mardi Gras tradition that doubles as a choking hazard, the Pelicans’ King Cake Baby literally looks like it stepped out of a horror film with a face almost identical to the mask from “Happy Death Day” and tiny arms and legs that have no business supporting its oversized infant head and torso.

The stars of the Brewers’ sixth-inning tradition aren’t particularly scary until you realize that they’re giant sausages, making possible a number of inappropriate innuendos like their miniature counterparts dubbed the “Little Weenies,” and the warning to opposing players, “Don’t Whack Our Wiener.”

From the nose down Sluggerrr looks completely normal, but the top of his head is an abomination, with a crown that seems to be fused to his skull and that gives him an appearance bizarrely similar to Bart Simpson.

Jaxson De Ville’s madcap behavior is what makes him so disturbing. His inappropriate jokes, savage pieing of opposing fans, and habit of stripping down to skimpy underwear almost always go too far, leading to frequent reprimands and even a mascot rule change from the NFL.

Based on the Nickelodeon cartoon “NFL Rush Zone,” the Raider Rusher is proof that what looks cool as an animated character can be truly terrifying as a live-action mascot. Literally just a giant head with arms and legs, the Rusher surely sent some kids running in the opposite direction from his eternal, toothy smile.

Despite a decades-long relationship with the team, the Chargers never adopted Boltman as an official mascot, and it’s not hard to imagine why they were reluctant. Even if you can look past his uncanny lightning-shaped head, Boltman still looks like a buff, hairless Guy Fieri.

The Coyote’s horrific green eyes, which he often pulls right off of his face, are enough to distract you from the almost equally frightening fact that he wears a Spurs jersey but for some reason chooses to forgo pants.