Weirdest Sports You Didn’t Realize Were in the Olympics

Karla Pavelka
Weirdest Sports You Didn’t Realize Were in the Olympics October 16, 2019Leave a comment 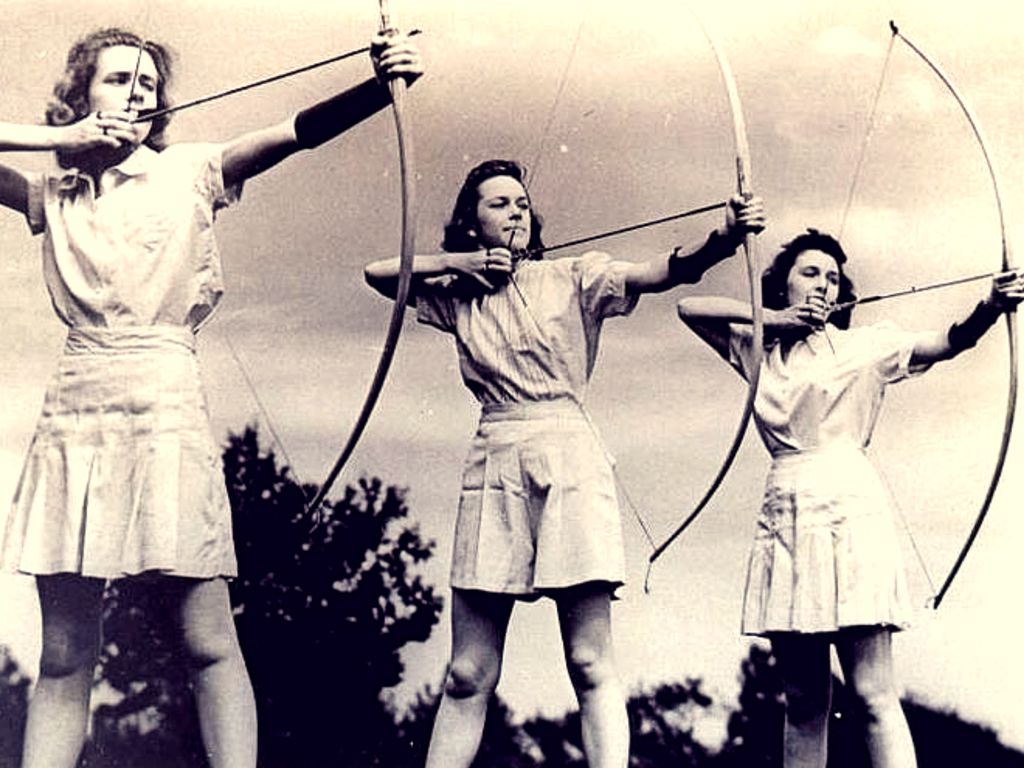 The Olympics are an institution. So are its sports. But it hasn't always been all volleyball and gymnastics. Check out some of the weirder Olympic events that got cut...

While this may sound like one of those old-timey strongman events, rope climbing was part of the gymnastics competition in 1896. Competitors weren't only marked on time, but style. While the goal was definitely to reach the top of the 14-metre-high rope, points were allotted for style in case competitors did not reach the top, or to differentiate two competitors who did. Both the gold and silver medalists did climb all the way to the top.

Many of these discontinued Olympic sports were only featured once. Croquet falls into that category. It happened at the 1900 Olympics in Paris. It does have an important distinction, though, as it was the first Olympic event in which women participated.

The Olympic medal in literature is notable for one of its entrants. Founder of the IOC, Pierre de Coubertin, won a gold medal under a pseudonym. He wrote a poem called "Ode to Sport". He submitted it under the names Georges Hohrod and Martin Eschbach, as if it were a joint entry from two authors.

When you picture tandem cycling, you probably picture a couple with parasols. But it was actually a racing competition. While many of the discontinued sports featured in the early 1900s, tandem racing actually appeared in 1964. Tandem cycling is part of the Paralympics, with a sighted pilot paired with a non-sighted rider.

It may look odd in a photo, but it isn't that strange. As part of the weightlifting competition from 1896 to 1906, competitors did a one-hand lift. They had three attempts with each hand, and the winner was determined by the best combined score from each hand. Olympic weightlifting still remains, though the one-hand lift has been replaced by the snatch.

Tug of war isn't just for children. From 1900 to 1920, it was an Olympic sport. It's hard to imagine fully-grown adults trying to pull each other over a line, but you can actually check out some footage here. It's played just like it was when you were in grade school.

Though oddly named, (how do you have synchronization with only one person?), solo synchronized swimming is like water dancing. It was in the 1984, 1988, 1992 Olympics. Pictured above is Sylvie Frechette, a Canadian who tied for gold in 1992. She tied with American Kristen Babb-Sprague.

Ski ballet was another demonstration sport. If you've never seen ski ballet, it is certainly worth a watch. Competitors dance on skis to music. Though ski ballet lobbied hard in the late eighties and early nineties to become an official sport, it never made it. When aerials debuted in 1994, the IOC dropped ski ballet. The sport then fell into decline, and is no longer a competitive sport.

When croquet was discontinued, the sport meant to replace it was roque. After the 1900 Olympics, roque showed up in 1904. Roque is the American version of croquet. Surprisingly, this now little-known sport used to be played all over America.

Occasionally, the Olympics of yesteryear would hand out medals for things that didn't actually happen in the competition itself. This is one of those cases. Herman Schreiber was awarded a gold medal for gliding. Though this happened at the 1936 Olympics in Berlin, the flight for which he was awarded happened in 1935.

The Olympics now specifically prohibits anything that requires mechanical propulsion. Such was not the case in 1908. Three different motorboat events were held that year. Only golds were awarded in each event, since only one competitor finished in each, due to a gale.

Okay, so drawing is not a sport. But the Olympics used to have many art events, and the art depicted sports. Artist Jean Jacoby won gold for the above drawing. It's of rugby, which was an Olympic sport, then wasn't, then was brought back.

The list of art events in the Olympics is many and varied. Not only that, but art was part of the Olympics for a very long time— from 1912 to 1948. Etching and engraving was one of the categories. It only ran once, in 1948, and John Copley's "Polo Players," above, won silver.

With etching and drawing being in the Olympics, it only makes sense for sculpture to be there as well. Sculpture was actually in three Olympics - 1912, 1920 and 1924. In 1912, Walter Winans won gold for "An American Trotter." Winans also won medals for shooting.

If you've ever seen jai alai (it featured on the show "Jackass"), it's an offshoot of basque pelota. A ball is thrown, then caught, off a wall using a curved basket. Like croquet, it was only featured in one Olympic Games. Also like croquet, it appeared in 1900.

Jeu de paume is tennis's ancestor. "Paume" is French for "palm", because the game was originally played without rackets, with hands. By the time it was in the 1908 Olympics, it was being played with rackets. It was another sport that only lasted for one Olympics.

Jeu de paume isn't the only discontinued racket game. Rackets was played at the 1908 Olympic games. It's similar to squash. The 1908 Olympic games were played in London, and all seven competitors were British. It's not surprising it didn't continue elsewhere, with only one country competing. Once Britain wasn't the host, no other host put it on.

When art was part of the Olympics, there were five categories - architecture, literature, music, painting, and sculpture. Music had both solo and orchestral competitions, as well as vocal and instrumental. In 1936 in Berlin Werner Egk won gold for compositions for orchestra. He wrote a piece called "Olympic Festive Music."

Yes, that kind of duelling. Except, as the postcard above claims, it was modified to be less deadly. Wax bullets were used. Competitors fired at plastic dummies. It ran for two Olympics, 1906 and 1908.

Along with croquet, this is another event that only featured once, in 1900. It didn't make for a great spectator sport, as the entire event was underwater. Competitors are awarded points for each meter they manage to swim underwater. Fun fact: the bronze winner actually stayed underwater for longer than the gold winner, but lost because he swam in a circle.

Plunge for distance was very popular in the late 19th and early 20th centuries. It showed up in the Olympic games in 1904. It's exactly as the name describes - a competitor dives, and, without propelling themselves with their arms or legs, tries to go as far as possible. As one author describes it, the competition favored, "mere mountains of fat who fall in the water more or less successfully and depend upon inertia to get their points for them." The competition was criticized for its lack of athleticism, and discontinued.

To picture madison cycling, think of something like relay racing, only on a bike. Competitors work in teams, and propel each other forward. Madison was in the 2000, 2004, and 2008 games, but was dropped because there was no equivalent race for women. It's making a comeback in 2020, with both a men's and women's competition.