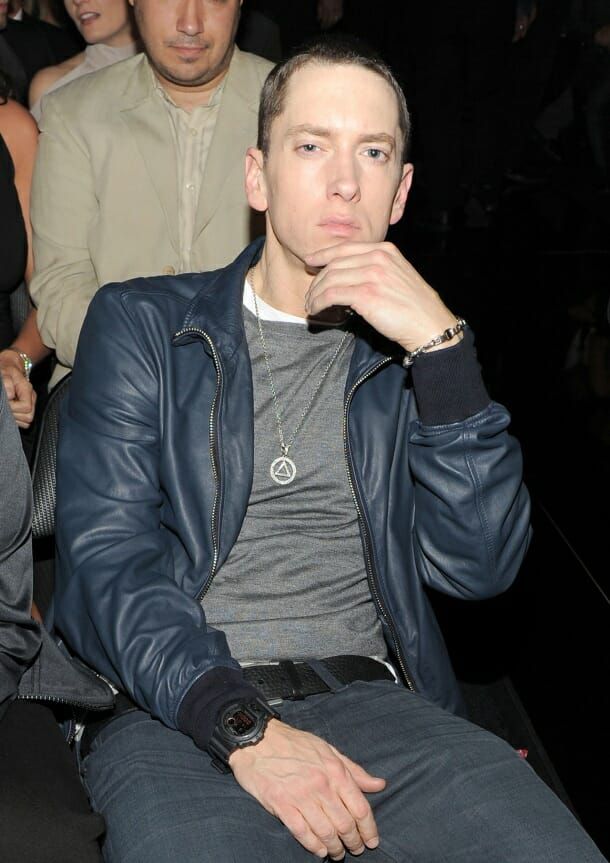 Em’ lost himself in the music, and the moment, and he never let his Oscar go.

Hudson surprised the world by winning an award for acting in “Dreamgirls.”

The Flight of the Concords star crooned his way to an Oscar for his song, “Man or Muppet.”

Juicy J and his posse of bad boys were unlikely winners for Best Original Song.

The Italian disco pioneer also won Oscars for Best Original Score for “Midnight Express” in 1978 and Best Song for “Flashdance” in 1983.

Shut yo’ mouth! You better be talking about…

Whoopi Goldberg, though not often considered a singer, has an EGOT: An Emmy, a Grammy, an Oscar, and a Tony.

The Beatles – Best Original Song Score, “Let It Be”

The clever scousers decided to make a movie about their album, and the album won an Oscar.

This movie made everybody cry and then Prince won an Oscar.

[dx_custom_adunit desktop_id="RTK_K67O" mobile_id="RTK_5yk0"] Etheridge’s award for the song, “I Need to Wake Up,” was the first time a documentary won the Best Song category.

Adele cried on-stage when she won this award.

The "Sweet Dreams" singer sang her way into history amongst hobbits and orcs.

[dx_custom_adunit desktop_id="RTK_K67O" mobile_id="RTK_5yk0"] Cher received a standing ovation when she won Best Actress for her work in “Moonstruck.”

Stevie Wonder should just win every award ever because he's rad.

Will the Yeah Yeah Yeahs singer graduate from rolling around on the floor to Oscar glory this year?

Pharrell has been everywhere this year. Does he even have space on his fireplace for this?

Nobody cares about U2. Sorry.