Camila Villafane
Celebrities Who Have Gone Gray in the Last 10 Years (and Look Better Than Ever) May 21, 2019Leave a comment 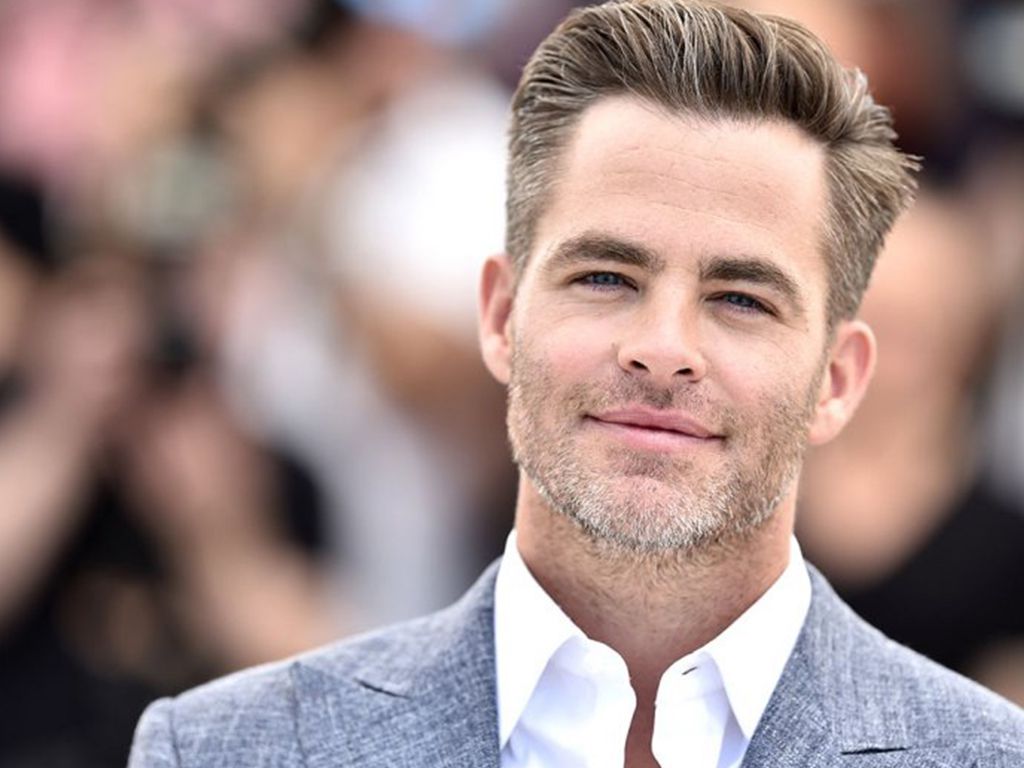 A lot of folks dread going gray. But these Hollywood elites are embracing their foxy gray hair with open arms. And we have to say, the men and women on this list deserve awards for looking gorgeous in silver...

Gerard Butler may not be Christian Grey, but he’s gone all sorts of 50 shades of gray and we’re totally digging the look. The actor has aged so gracefully that sprouting some gray only made him hotter on the big screen.

At the 2018 Grammys, the former “Dawson’s Creek” actress showed off her adorable pixie cut which contained a couple of gray streaks. But she managed to pull the look off flawlessly. We’re sure her boyfriend, Jamie Foxx, has no complaints.

Idris Elba is looking very stylish with his silvery whiskers popping out. He hasn’t gone full-on gray on his head, at least not yet. But when it happens, we’re sure he’ll make quite a statement on the big screen.

The former “7th Heaven” star is still pretty young and gorgeous. But during the 2018 Golden Globes, she blessed us with a hint of silver roots sticking out of her forehead. It shined so brightly that it made fans actually look forward to going gray.

In 2017, comedic actor Steve Carell walked into the spotlight with his head nearly covered in gray and fans loved it. So, the funny actor went on “Entertainment Tonight” that year and joked: "I am so sick of people just looking at me for my physical attributes. It's just genetic. There's nothing I can do."

Erykah Badu could have gone all Nicki Minaj and donned wigs and dyed her hair all sorts of color. She definitely has the personality for it. But in 2015, the singer debuted her gray hair and she was proud of every single strand.

The former “ER” actor has proven that the days when going gray in Hollywood was a sign you were getting too old are gone. But he once told GQ he was initially shocked when he watched himself onscreen and noticed his hair going gray. It's OK, though. We're pretty sure his wife Amal isn't complaining.

In 2011, Rachel McAdams showed up to the premiere of “Sherlock Holmes: A Game of Shadows” sporting a hint of silver roots. But she didn’t care because as it turns out, going gray is freaking beautiful.

Andy Cohen has proven that going gray can creep up on you. In 2013, the Bravo host had to clarify to his fans he had never dyed his hair and that he planned on letting his hair go gray in a natural yet flawless way.

Celebrities like Patrick Dempsey, aka McDreamy on “Grey’s Anatomy” no longer see going gray as a bad thing, which is great because his dark hair started going silver in the seasons leading up to his character’s untimely demise. Luckily, he kept the look and it definitely suits him.

For years, the Tony winner kept her blonde locks in check, but the 72-year-old actress is proving that there is indeed a silver lining to aging and she looks positively gorge.

By the time Jon Stewart left “The Daily Show” in 2015, his head was covered with gray hair. But after the show ended, he started sporting a gray beard, too. He obviously has tons of money to afford hair dye but going gray was like his badge of honor, so he simply decided to let Mother Nature do her thing.

The OG “Halloween” actress had an epiphany about dyeing her hair a few years ago. Instead of fighting nature, she embraced her granny hair and donned a badass shorter crop that makes the years drift away, like when she walked the red carpet at the 2019 Golden Globes and looked like a total snack.

In 2013, actor Daniel Day-Lewis had to go gray to play Abraham Lincoln in “Lincoln.” But these days, his hair is so gray and gorgeous that he could definitely pass off as Lincoln’s modern day reincarnation.

You may recall when Jeffrey Dean Morgan had a full set of dark luscious hair on “Grey’s Anatomy” and “Supernatural.” But by the time he took the role as Negan on “The Walking Dead,” the hunk was sporting some salt and pepper on his head and on his mustache and beard.

When Obama became president, his hair was jet black. But by the time he left office, his hair had gotten a lot grayer. It may have had to do with the stress that comes with having the most important job on the planet. But naysayers should eat crow, because going gray has made Obama look even hotter.

During the 2014 Golden Globes, the actress took edgy style to another level by ditching her blonde hair and embracing her stunning gray locks. She must have loved it so much that she’s been rocking the gray ever since, and we definitely "stan."

Hugh Grant was terrified of turning 50, but now that he’s 58, we have to say he’s rocking his gray, floppy hair. So, it looks like he had nothing to worry about because he still makes hearts flutter, especially when he turns on the charm and smiles.

In 2011, Antonio Banderas noticed he was getting more wrinkles and that his hair was going gray. But he was okay with growing older and had no intention of getting any work done. We assume that means dye bottles are out of the question too.

Chris Pine showed up at the 2017 Golden Globes sporting a gray beard, and his hair has gone grayer since taking over the role of Captain Kirk in the rebooted “Star Trek” films. But Pine’s touch of gray hair goes hand in hand with his young face.

The former “Brothers & Sisters” star is undeniably attractive and looks pretty distinguished with his salt and pepper hair, though admittedly, it’s looking a lot saltier these days. But he still looks as rugged as ever.

One of the reasons Timothy Olyphant looks so good with gray hair is that it makes his gorgeous features stand out. In fact, he owns the suave and sophisticated look, which makes him oh-so fashionable.