Celebrities Who Were Kicked Off Planes (And Sometimes Banned For Life)

Whitney Van Laningham
Celebrities Who Were Kicked Off Planes (And Sometimes Banned For Life) September 7, 2017 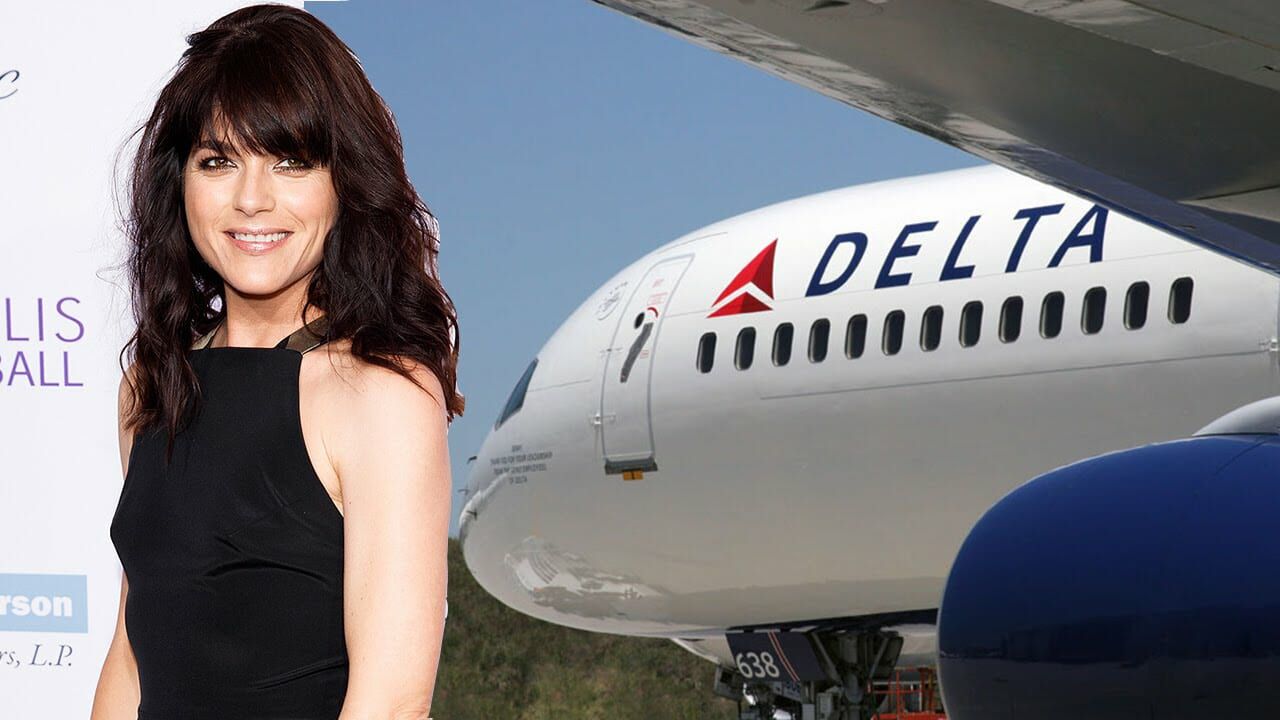 These are all  celebrities who were kicked off flights for their outlandish behavior. Flying can be stressful. But these stars took their pent-up frustration too far when they acted like fools on planes. Some of them had to be strapped down mid-flight. Others were escorted off once their planes were safely grounded...

Christian Slater was kicked off a plane in 1994 for boarding his flight with an unloaded pistol.

Selma Blair had to be carried off the airplane on a stretcher after allegedly mixing alcohol and prescription medication. She began a bizarre rant on the plane and blacked out, prompting the crew to call for emergency services.

Kevin Smith was kicked off a Southwest Flight for being too overweight. He had purchased an additional seat to accommodate his frame, but the airline deemed his size to be a disruption to other passengers.

Courtney Love was escorted off a Virgin Atlantic airplane after getting into a verbal altercation on the flight.

Alec Baldwin was removed from a flight after flight attendants asked him to stop playing Words With Friends before takeoff. Instead of turning off his phone, Alec took to Twitter and began tweeting about what A-holes the flight attendants were being. Needless to say, they saw his tweets.

Josh Duhamel was escorted off the plane after the pilot was forced to turn the plane around because Duhamel didn't want to turn off his BlackBerry.

Susan Boyle was asked to leave the airport following an Asperger's episode she experienced at the British Airways terminal.

Amanda Bynes was kicked off a flight for not having valid ID. She tried to tell the security agent to "Google her," but it didn't really work out in her favor.

Conrad Hilton was strapped down to his seat during a flight after threatening the flight crew and calling his fellow passengers peasants. He was escorted off upon landing.

Leisha Hailey was kicked off a flight for refusing to tone down the PDA with her girlfriend. She and her girlfriend were kissing and holding hands when a flight attendant told her to stop because it was a "family airline."

Ivana Trump was kicked off a flight in 2009 after losing her sh*t on a couple of rowdy children.

Soulja Boy got into an argument with a flight attendant and was asked to leave. He later apologized.

Mo'Nique was kicked off a flight after getting into an argument with a flight attendant about where to store her hair dryer.

Dolores O'Riordan head-butted an airline employee and was kicked off the flight.

Blac Chyna was escorted off the plane and arrested for public intoxication after getting into an argument with a flight attendant.

Naomi Campbell flew into a rage when her bags did not make the same flight she was on. She allegedly kicked and spat at the police officers who had to escort her off the flight.

Dave Chappelle had a meltdown on a private plane, and the pilot deemed his behavior too erratic to fly.

David Hasselhoff was kicked off a plane for being too drunk to fly at 7 a.m.

Liam Gallagher has been banned for life from Cathay Pacific Airways after brandishing a scone and making threats towards the flight staff.

Kate Moss was kicked off an airplane when she got angry with the crew for refusing to serve her alcohol.

Jonathan Rhys Meyers is banned from United Airlines for life after getting too drunk to function in first class.

Billy Joe Armstrong was kicked off a plane because he refused to pull up his sagging pants.

Gerard Depardieu was kicked off a plane after urinating in a bottle. Flight attendants told him that he needed to remain in his seat with his seatbelt securely fastened until the plane landed, but, apparently, nature called.