Celebrities Who Are Actually Incredibly Kind and Decent People

Greg Smith
Celebrities Who Are Actually Incredibly Kind and Decent People May 1, 2019Leave a comment 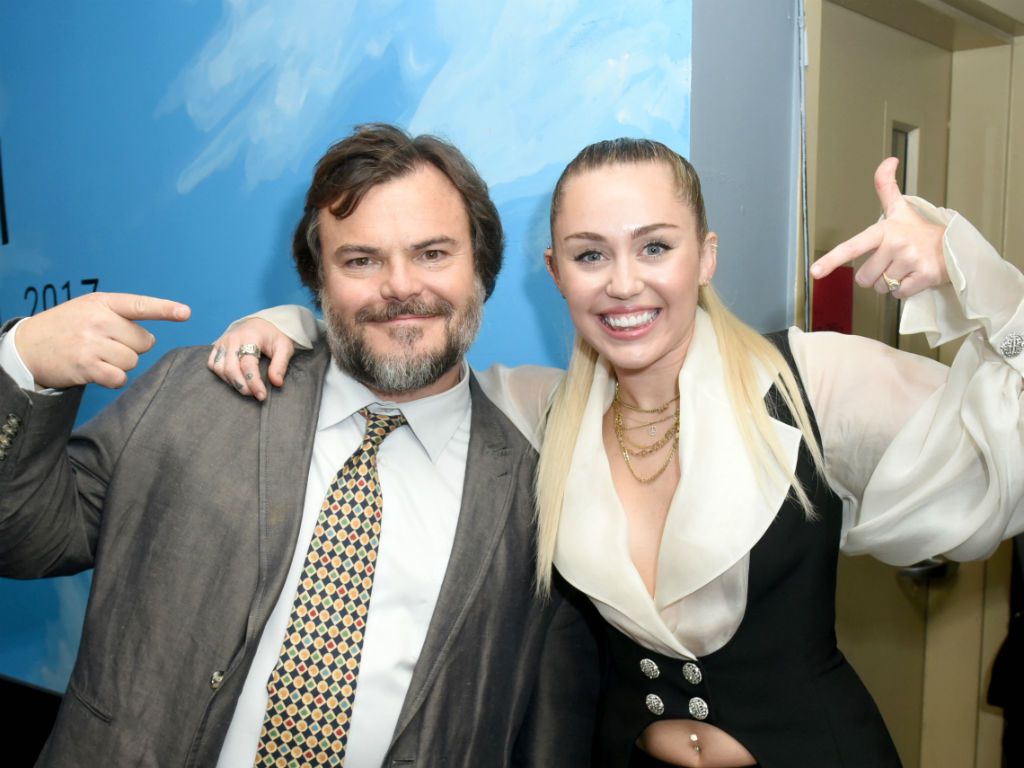 Picture a big-shot Hollywood celebrity. What are they like? How do they act? Did you think something like, "Crazy and out of touch and mean"? Yeah, us too. Luckily, we've got these celebrities who are actually nice to look up to. Lights, camera, genuine human decency!

Tracy Morgan spreads joy and happiness professionally, and it's nice to know he does it off the clock too. Grocery store employee Erin Sanders wrote on BuzzFeed about how Morgan regularly shows up and chats with her. He offers advice, takes interest in her personal life and even has progressive views on how men need to respect her more. Sanders considers Morgan a friend and called him the "nicest celebrity ever."

While Vanilla Ice's star may have faded in the 1990s, his sense of joy burns bright. Redditor Anphobia went to one of Vanilla Ice's concerts in the mid-2000s, and brought one of the artist's more obscure nu-metal albums to sign. Vanilla Ice appreciated the gesture and gave Anphobia free bottle service. The two eventually went and partied together, genuinely getting to know each other the entire time.

Redditor ringo_24601 went to their sister-in-law's wedding in London with an unlikely wedding crasher: Whoopi Goldberg. Goldberg ran into them outside of their hotel, and offered to take photos with the happy bride and groom. Of course, Goldberg got in a final, perfect one-liner: "It wouldn't be a Jewish wedding without a Goldberg."

It's so comforting to know America's Dad acts like a goofy dad off screen, too. His list of perfect interactions is long, but our favorite might be the series of selfies he took with a fan who wanted to appear drunk and passed out next to Hanks. Hanks obliged, giving a perfect performance and making that fan's day.

Did you know Tom Cruise gives all of his coworkers delicious cakes? While he made movies like "Mission Impossible: Fallout," folks like Henry Cavill and Angela Bassett got a fancy coconut cake courtesy of Mr. Cruise. This is just the tip of the iceberg of Cruise's niceties, including the time he rescued someone from a hit-and-run accident and paid all her medical bills.

Maybe it's because all of his movies are about outsiders trying to fit in. Director Tim Burton has a knack for making folks feel included and listened to, including Redditor MentallyPsycho. They went with some friends to an autograph signing event, and Burton made sure to shake everyone's hands and talk with everyone to the point that he was late for his next event. Burton also looked at an "aspiring animator friend's portfolio and gave her his email, asking her to send him her progress as she improved."

Say what you want about our current queen of pop's reputation, but Taylor Swift has gone out of her way to help those in need. One example: In 2018, Sadie Bartell started a GoFundMe for her mom's medical issues. Sadie's mom had been in a coma for three years, giving Sadie lots of responsibilities. Sadie credited Swift's music for keeping her sane. And Swift responded by quietly donating $15,500 to the GoFundMe.

Some actors play heroes. Steve Buscemi is a real-life hero. After the terrorist attacks of 9/11, Buscemi joined a New York firefighting crew to help sift through rubble and offer assistance. He did this quietly and professionally, as he actually had worked in the same firehouse from 1980 to 1984. To this day, Buscemi still sits on the Board of Advisors for Friends of Firefighters.

Sandra Bullock lights up the screen with her warmth and authenticity. And she exudes grace and kindness off screen too. One anonymous fan wrote to People magazine with the story of a Bullock project that filmed near their hometown. Whenever Bullock wasn't filming, she would hang out with the locals and chat with them. The writer described Bullock's demeanor as "really sweet."

Before his death in 2013, Paul Walker had a reputation for being one of the humblest actors in Hollywood. Redditor sexapotamus spotted Walker at a hamburger spot and said hello. Walker responded by chatting with the fan for an extended period of time. The two talked about cars, surfing and skateboarding. When they said their goodbyes, sexapotamus mused that "it was just like talking to a good friend."

Erin Berson wrote on BuzzFeed that, while on set for the movie "The Last Song," Berson really had to use the restroom while Miley Cyrus was close by getting her makeup done. According to Berson, Cyrus eased the tension by asking, "Do you want me to turn the water on for you? I get so pee-shy." The two then chatted about the etiquette and political complexities of women in a shared restroom.

Redditor j_rod9 works at a fancy restaurant in New York City, and his No. 1 customer is Margot Robbie. While at work, j_rod9 chatted with Robbie and her boyfriend about the New York Rangers and generally treated them like human beings. Robbie left a large tip and spoke to j_rod9's manager to say that j_rod9 "created an outstanding dining experience." Now Robbie returns to the restaurant often, and j_rod9 considers her a friend.

In times big and small, Luke Wilson has shown himself to be of good character. On the smaller end, a Starbucks barista named Kiana told BuzzFeed that Wilson would regularly come to her store. She would always have his drink ready for him, and he'd tip really well. That's nice and all, but Wilson also once saved a woman's life by pulling her out of a vicious car crash. So there's that.

He's not just one of the greatest basketball players of all time. As a human being, LeBron James is hitting all threes. He founded the LeBron James Family Foundation, an organization dedicated to the positive educational development of young kids in James' home state of Ohio. He even opened up a public school in Akron, the I Promise School, and its students' education is qualitatively and quantitatively booming.

You may best know her as a purveyor of hard-living party anthems. But Kesha lives a low-key, supportive life. BuzzFeed community member Ruhrohitsivy told a story of her and her friends debating the existence of ghosts over pizza at a restaurant. In the middle of their converdation, recording superstar Kesha approached them and said, "Hey. Sorry for eavesdropping, but you caught my attention because you have the prettiest hair I’ve ever seen. Also I totally believe you! Ghosts are real!"

Keanu Reeves is another star who seems to accrue countless stories of his genuine good-heartedness. His sister Kim was diagnosed with leukemia in 1991 and fought the disease for years. Reeves donated much of his "Matrix" money to fund cancer research and founded an organization in Kim's name devoted to fighting her disease. He's also been known to buy below-the-line crew members meals, give them cash bonuses and even take less money for his movies so the crew can make fairer wages.

It turns out supermodel Karlie Kloss is a supergoodperson too. Redditor hoopllama grew up with Kloss and went to the same school as her, all while Kloss was first starting to become famous. Hoopllama called Kloss "truly the most humble person I have met." The two went to church services together, played softball together and conversed as equals, with Kloss never boasting or even bringing up her modeling career.

When a guy with the BuzzFeed community username homelandinspection was hired to inspect the home of Jennifer Hudson, he was "really amazed at how sweet and humble she was." In fact, he decided to take a swing and ask Hudson if she would sing a duet with him on ukulele. Hudson agreed, and the two made music together in a moment homelandinspection would never forget.

Even after all these years, "Survivor" still has a rabid fanbase. And when BuzzFeed community member and "Survivor" fan pootskdoot saw host Jeff Probst at a Starbucks, he thought he'd offer a simple "I'm a fan" to Probst and be on his way. But when Probst figured out what was going on, he got out of line and began chatting candidly with pootskdoot's opinions about the fan's opinions of the show. Probst even asked if he could take a photo. Pootskdoot called it a dream come true.

Jack Black feels like a big-screen teddy bear, right? You'll be pleased to know he's just as gregarious and friendly in the wild. Redditor jbarinsd was in Los Angeles with their family when their daughter yelled, "Hey, are you Jack Black?" The person she yelled at was, indeed, Jack Black. Black joined the family, took pictures with all the kids, signed autographs and chatted with jbarinsd's husband about his Judas Priest shirt. In other words, it was exactly what a fan would want out of an encounter with Jack Black.

"Jane the Virgin" herself, Gina Rodriguez showed her giving, charitable spirit directly with her fans. High-school student Jessica Casanova tweeted to Rodriguez that she loved the actor's Golden Globes dress and wished she could wear it to prom. Rodriguez asked, "Where do you live?" A few tweets later, Casanova straight-up wore Rodriguez's red-carpet-ready dress to the prom.

Ed Sheeran isn't your average pop star. He feels like a nice guy next door, someone who just happens to sing multi-platinum pop music for a living. And his offstage conduct speaks to his earnest character. He's surprised sick fans in hospital beds who couldn't attend shows. He's sung impromptu duets with fans. And he's done charitable work with the American Institute for Stuttering.

Drew Barry infamously struggled with substance abused and erratic behavior in her youth. But once she settled into adulthood and motherhood, Barrymore transformed into a universally regarded figure of caring. She even told Ellen DeGeneres, "I so wanted to raise kids in this ultra-traditional way and do everything so the polar opposite of my experience."

BuzzFeed community user t492e49f12 was having a rough day at the airport. Her flight was delayed, ruining a planned visit with her girlfriend, and she was crying. A woman sat down next to her, gave her a tissue and talked to her. They chatted about families, relationships and what it's like to be a queer woman. A year later, t492e49f12 saw a photo of supermodel/actor Cara Delevingne and realized that was her airport angel.

Britney Spears has lived an up-and-down life. But through it all, one thing has stayed constant: her positive attitude. When she was a judge on the American "The X-Factor," every contestant routinely described Spears as the nicest and most supportive figure on the show. Also, you should follow Spears on Instagram. Her posts are silly, sweet and completely positive.