Celebrities Who Got Back Together With Their Exes 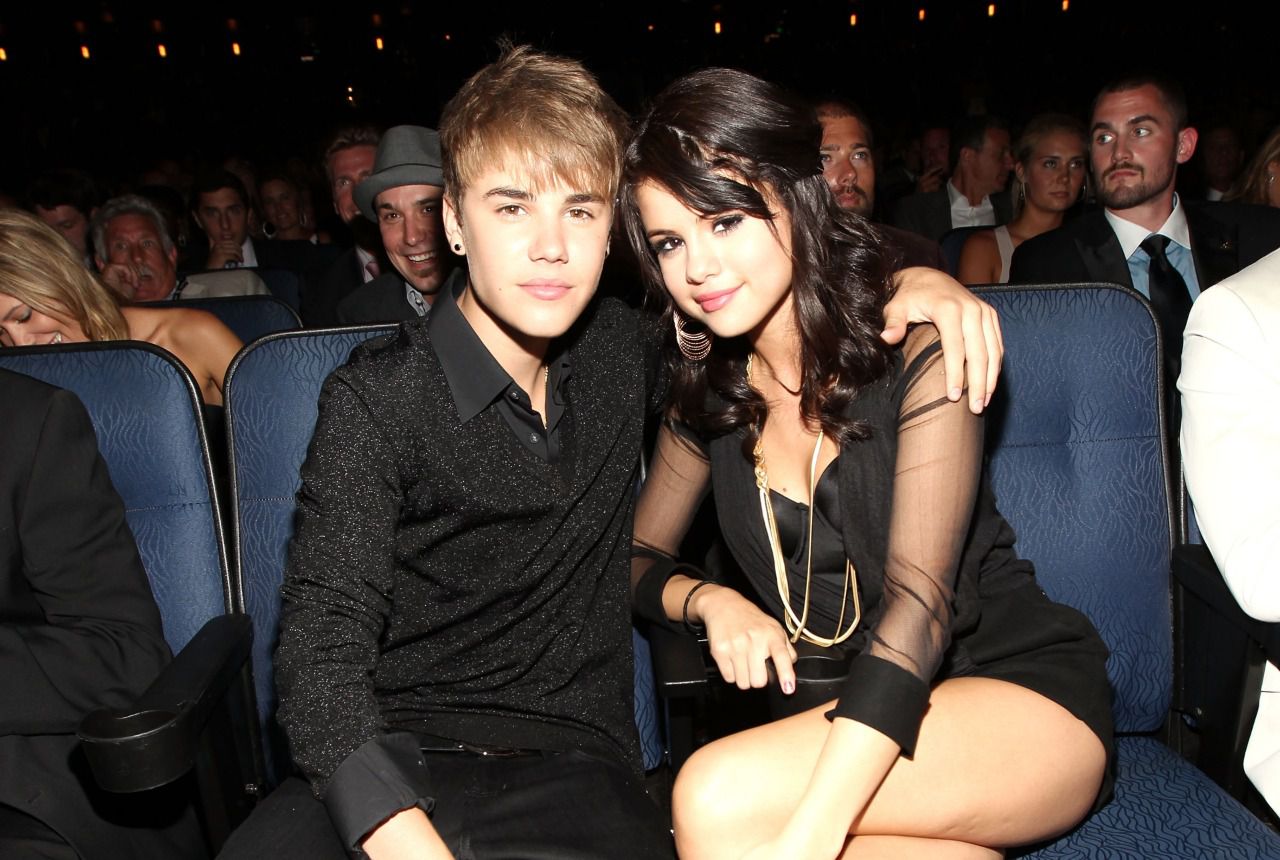 Stars choose partners from a more restrictive pool than us normies. And they often link up with equally beautiful better halves who boast bank accounts typical of the Hollywood elite. So it's no surprise that, sometimes, celebrity exes find their way back to one another....

After pop star Miley Cyrus released her hit single "Wrecking Ball" shortly after she split from fiance Liam Hemsworth, it seemed like all hope of a future reconciliation was lost (I mean, apparently, all he did was wreck her, OK?). Thankfully, the couple reunited in 2016, three years after their 2013 breakup. They finally got married on Dec. 23, 2018.

Sorry #Kyga fans, but it looks like Kylie Jenner and Tyga are never, ever, ever getting back together (again). After going public with their relationship on Jenner's 18th birthday, the couple broke up TWICE before finally calling it quits for good in 2017. Now, Jenner has moved on and isn't looking back as she now shares a child with rapper Travis Scott.

Reviewing their history, it's probably for the best that Rihanna and Chris Brown settled on "off" in their tumultuous, on-again, off-again relationship. Despite the fact that Brown physically assaulted his ex in 2009, the couple dated again in 2012 before finally splitting (for good) in 2013.

Kourtney Kardashian and self-admitted sex addict Scott Disick are the poster children of rocky, on-again, off-again relationships. After first pairing up in 2006, the couple went on to have three children together before finally calling it quits (for good) in 2017.

Shortly after celebrating their two year anniversary, supermodel Gigi Hadid and former One Directioner Zayn Malik called it quits. However, #Zigi proved to be too strong of a pairing and the duo went public with their reunion just three months later via an up-close-and-personal snap on Hadid's Instagram story.

Bella Hadid and The Weeknd

Where did The Weeknd turn to after his Selena Gomez-inspired heartbreak? Famous supermodel and ex Bella Hadid, of course. After initally denying their reunion, the pair were spotted multiple times out and about in NYC and Los Angeles locking lips and getting cozy with one another once more.

Brooklyn Beckham and actress Chloe Grace Moretz have surprisingly maintained an on-again, off-again relationship for nearly four years. Unfortunately, after multiple reunions and painful breakups the couple are currently in an "off" stage of their romance as Beckham was recently spotting locking lips with model Lexi Wood.

After linking up in 2007, Justin Timberlake and Jessica Biel briefly called it quits in 2011 before reuniting just five months after they first split. Back together and more committed to their union than ever before, the couple got engaged two months after rekindling their romance and married just one year later.

Before they became the picture-perfect Hollywood couple, Dax Shepard and Kristen Bell came out on the other side of a split. "I don't know what I was thinking," Shepard said to Bell after asking her for a second chance. "I was dating someone else but they're just not as interesting as you, and I don't know what I'm doing."

Following rumors and accusations of shock rocker Ozzy Osbourne's infidelity, his wife Sharon understandably needed some time away to put their relationship in perspective. However, the "X-Factor" judge admitted soon after that she "can't think of her life without him" and agreed to work on their marriage instead of splitting for good.

According to NBA player Dwayne Wade, his brief split from Gabrielle Union was just what the couple needed to move forward into a healthy space. "At the end of the day, we came back together and said, 'Listen, we want to continue this. We want to try to continue to get better each day,'" he revealed.

We're blown away that the picture-perfect couple of royal romance ever had trouble in their fairy tale relationship. Thankfully, their brief split in 2007 wasn't final, and the couple went on to make headlines in 2011 with their lavish wedding ceremony and reception that captivated the world.

Unfortunately for die-hard #Jelena shippers, Justin Bieber and Selena Gomez just can't seem to make their romance work, even after recently giving it another try. Following their short reunion in 2018, the two pop stars called it quits for good after realizing that sometimes, even the most passionate relationships crack under pressure.

After just five years of marriage, actress Megan Fox and Brian Austin Green annouced their split, citing "irreconcilable differences" as the motivation behind their failed relationship. However, the couple decided to give their union another go after discovering that Fox was pregnant with their third child. "Marriage is hard," Green admitted during an episode of his podcast.

While they now exist as a shining example of long-lasting Hollywood love, Maroon 5 frontman Adam Levine and model Behati Prinsloo weren't always on stable ground. After taking a short break where Levine dated ANOTHER Victoria's Secret model, the singer-songwriter realized that Prinsloo was his one and only and the couple reunited.

After just two years of marriage, motorcross star Carey Hart and pop icon Pink called it quits on their relationship. Proving they had what it takes to weather the storm, the duo announced their reunion just one year later and welcomed thier daughter Willow shortly after.

Apparently, McDreamy ISN'T so suave with the ladies. After "Grey's Anatomy" star Patrick Dempsey was served with divorce papers from wife Jillian Fink in 2015, the actor did everything he could to get back in his partner's good graces. "You have to work at everything," the 52-year-old admitted.

The romance shared between Emma Roberts and Evan Peters has been anything but a fairy tale. Despite a chaotic on-again, off-again courtship that led to a Roberts facing an arrest for domestic violence, the couple reunited in late 2016. But in March 2019, it was reported they had split again.

For Kristen Cavallari and Jay Cutler, pressing "pause" on their relationship was absolutely necessary to achieve the current stability in their marriage. "Sometimes, in order for things to get better, they have to end-- even if it's momentarily, and that was the case with us," Cavallari admitted.

"Ex's and Oh's" singer Elle King was so certain she found "the one" in Andrew Ferguson that the couple got married in secret three weeks after they met. They separated shortly after, and Ferguson was slapped with a domestic violence arrest after allegedly choking and threatening his new bride. They reunited briefly in early 2018, but by the end of the same year, King reported being in a new relationship with someone else.