Celebrities You Didn’t Realize Are Gay 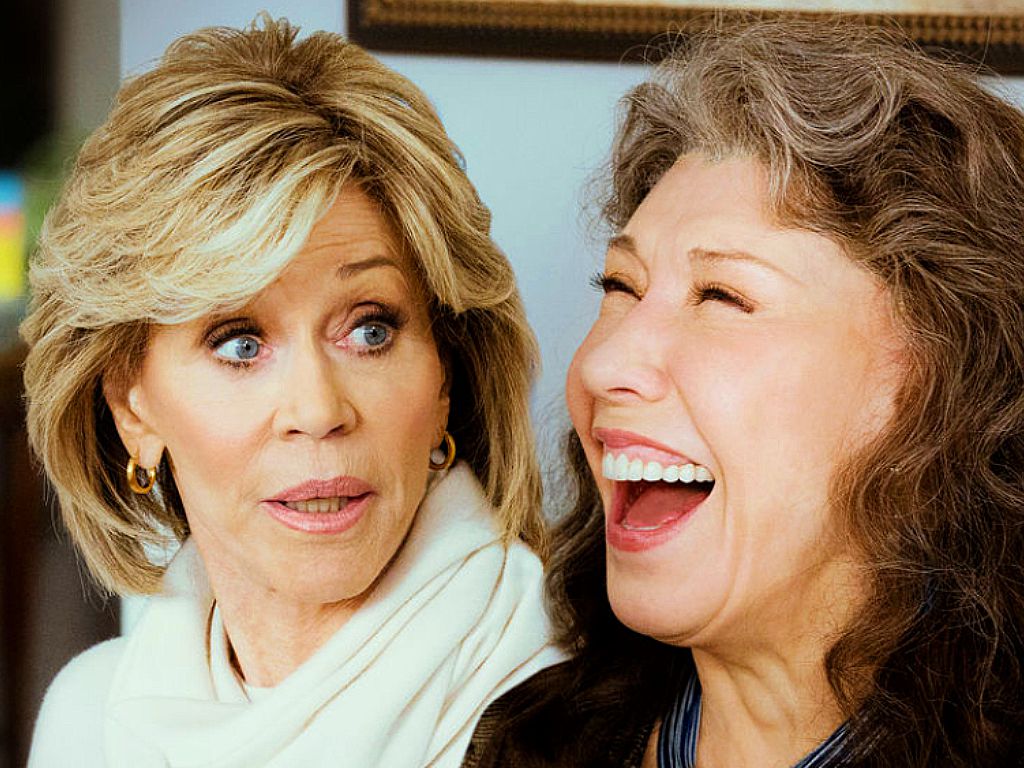 With acceptance of the LGBT community becoming more widely accepted, more and more people are breaking their silence regarding their sexuality. Many celebrities have recently revealed themselves as members of the once closeted collective. Below are a few of the recognized out and proud.

Despite dating her girlfriend since 2005, the news anchor and breast cancer survivor didn't officially come out until December 2013 even though most of her co-workers and friends already knew about her sexuality. Roberts made the announcement with a Facebook post thanking those most important to her on her 100th day of recovery from a bone marrow transplant after being diagnosed with myelodysplastic syndrome.

The "Game of Thrones" star publicly discussed his sexuality on a fan site where he stated "when you talk about 'the gay community,' you are talking about MY community." Nairn used to be the resident DJ for Kremlin, a gay bar in Belfast and in July 2019, announced his engagement to Trevor Brannen.

McKellen never hid this aspect of his private life to his fellow actors, but the public didn’t find out that he was gay until 1988, when McKellen actively fought against anti-LGBT laws in consideration in the British Parliament. In an interview, he said, “I have many regrets about not having come out earlier, but one of them might be that I didn’t engage myself in the politicking.”

After being married to her husband Danny from 1998 to 2003, Nixon began dating her current wife in 2004. The couple has one child together and regarding their relationship, Nixon has said, “I’d been with men all my life, and I’d never fallen in love with a woman. But when I did, it didn’t seem so strange. I’m just in love with another woman.”

Perhaps best known as the womanizing Barney Stinson on "How I Met Your Mother," it may come as a surprise to some that Neil Patrick Harris had his heart stolen by David Burtka. The actor, comedian, and singer publicly came out in 2006 and married Burtka in 2014.

The "Big Bang Theory" star was revealed to be gay in a 2012 New York Times article and has been in a ten-year relationship with art director Todd Spiewak. The couple married in 2017 at the Rainbow Room restaurant in New York with Parsons calling his partner "the best thing that ever happened to me, no contest."

Quinto has accumulated a lot of acting credits over the years, starring in the "Star Trek" franchise, "AHS: Asylum," "Heroes," and most recently as Charlie Manx in "NOS4A2." Though an active supporter of LGBT organizations like The Trevor Project, the actor didn't reveal himself to be a member of the gay community until 2011 after the suicide of activist Jamey Rodemeyer. He stated the young man's death as the result of intense homophobic bullying triggered a harsh realization that "living a gay life without publicly acknowledging it- is simply not enough to make any significant contribution to the immense work that lies ahead on the road to complete equality."

The Disney Channel actress and singer revealed herself as a lesbian during an interview with Oprah Winfrey in 2014 and introduced her partner in 2015 as Azmarie Livingston who was a contestant on "America's Next Top Model: British Invasion" and guest starred on "Empire." After three years together, the couple announced the end of their relationship. Recently Symone was revealed as the Black Widow on "The Masked Singer."

Recognized as Neal Caffrey from "White Collar" and Lady Gaga's boy toy in "AHS: Hotel," Matt Bomer has no problem wooing the ladies. However, he is happily married to Simon Halls. The couple got married in 2011 but didn't have their relationship publicly recognized by the media until 2014. Bomer came out in 2012 when he thanked Halls during his acceptance speech for the Steve Chase Humanitarian Award.

Living an openly gay life, Jackson had previously been married to Monte Lapka before divorcing in 2013. The actor then remarried in 2014 to Jason Landau with whom he shares twins. Jackson is well-known for his recurring roles on the "American Horror Story" series and recently played Hades in "Descendants 3." He has also guest-starred in three episodes of "Rupaul's Drag Race" and appeared in the reboot of "Will & Grace."

Accidentally outed by his "The Hobbit" costar Ian McKellen as a member of the gay community, Lee Pace has been hesitant to fully put a label on his sexuality. In an interview with W Magazine, the actor revealed he's "dated men" and "dated women" but choses to keep his personal life a secret.

The James Bond actor and voice of the title star in "Paddington" has kept tight-lipped about his personal life stating "it's important to keep a level of anonymity." In regards to his sexuality, he told Out Magazine that he is entitled "to privacy and mystery." In 2012, Whishaw entered a civil partnership with Mark Bradshaw. In regards to his "coming out," the actor revealed it 2014 that despite his intense fear about his family's reaction, "everyone was surprisingly lovely."

Having previously dated men and being briefly engaged to playwright Tracy Letts, "American Horror Story" actress Sarah Paulson came out as lesbian and pursued a romantic relationship with Cherry Jones from 2004 to 2009. She is currently dating actress Holland Taylor whom she recalls thinking the moment they met as "probably the most exquisitely beautiful woman I'd ever seen." In regards to their 32 year age gap, Paulson states if anyone has an issue with it and "think[s] I'm strange... then that's their problem."

Another "Hobbit" actor has chosen to live his life outside of the closet. In an interview with The Advocate, Luke Evans stated everyone in his hometown of London "knew me as a gay man." However, as his acting career began to skyrocket, he felt pressured to hide his sexuality and when it came to discussing potential partners, rarely used any defining pronouns. Evans is currently romantically linked with "Shades of Blue" actor Victor Turpin though the couple has yet to officially announce their relationship status.

Known for his role as Michael J Scofield in "Prison Break," Wentworth Miller at first denied his homosexuality in 2007 in an interview with Instyle Magazine but later confirmed he is gay in 2013. Suffering criticism for gaining weight, Miller made an emotional Facebook post in response to an insulting meme in which he revealed he has struggled with suicidal tendencies since his teenage years. In the Arrowverse, his character Captain Cold from Earth-X married Earth-1 inhabitant Ray Terrill played by Russell Tovey.

Miller's costar in the Arrowverse, Tovey came out to his parents when he was eighteen which caused friction between him and his family who encouraged him to seek medical treatment to "fix the problem." Feeling pressured to "get straight roles," Tovey is mainly recognized as George Sands on BBC's "Being Human." After breaking off their engagement in 2018, Tovey reunited with rugby coach Steve Brockman in 2019.

While his character's sexuality may not have been as clear as his costar's open queerness on "Gotham," actor Cory Michael Smith came out as gay in 2018 during an interview with the Daily Beast. He admitted he was fearful of coming out to his parents but over time, they "gave him a lot of love."

Though she's never made a public declaration regarding her sexuality, the actress and comedian identifies as a lesbian and married writer Jane Wagner in 2013 after having spent 42 years together. Tomlin stated that in the 70s, "unless you were so really adamantly out... people back then didn't write about your relationship." In 1975, she was offered to be featured on the cover of Time Magazine if she'd "come out," but refused.

Best known as Aaron Samuels in "Mean Girls" and for providing hilarious commentary during "Cake Wars," Bennett came out in 2017. Since the announcement, the actor has posted plenty of adorable Instagram pictures with his boyfriend and "Celebrity Page" host Jaymes Vaughan.

The "Glee" actor came out in 2018 using one of Ariana Grande's songs. McHale revealed his homosexuality by stating "NoTearsLeftToCry is gayer than me and I ACCEPT." Speculation regarding the actor's sexuality ran rampant before the tweet after McHale posted Instagram pictures of him cozying up with fellow actor Austin P. McKenzie (now confirmed to be his boyfriend).

After being accidentally outed by television writer Bryan Fuller,
"Heroes" and "Terminator: The Sarah Connor Chronicles" actor Thomas Dekker officially came out as not only gay in 2017, but also revealed his marriage to loving partner Jesse Haddock that April. In 2015, he played openly gay Gregory Valentine on "Backstrom."

Well-known for his role as hot jock Jackson Whittemore on "Teen Wolf" and sharpshooter Roy Harper on "Arrow," Colton Haynes came out in 2016 after struggling with anxiety and fear surrounding speculation about his sexuality which had led to a "weeklong drinking and drug binge." The actor had known he was gay since childhood and came out to his family at 14 years old but kept it a secret during his acting career after receiving threats that his sexuality could "jeopardize" his television success. In 2017, he became engaged to Jeff Leatham and the couple married in October before divorcing in April 2019.

Lending his voice to Li Shang in the "Mulan" films, BD Wong is most known for his live-action roles as Henry Wu in the "Jurassic Park" franchise and Hugo Strange on "Gotham." It may come as a surprise to some to find out the actor is openly gay and was in a long-term relationship with talent agent Richie Jackson from 1988 - 2004. After the separation, Wong married Richert John Frederickson Schorr in 2018.

Known for his role in the Arrowverse as Dr. Martin Stein and for misrule as King Maximillan in the 1997 "Cinderella," Garber came out in 2012 and married longtime partner Rainer Andreesen in October 2015. Garber admits he's kept his personal life private and assumed everyone already knew about his sexuality.

In 2012, the rapper and photographer penned an open letter on his Tumblr revealing his "unrequited feelings" for a man he believed to be "his first true love" at 19 years old. Ocean received praise and support following the announcement from fellow artists such as Beyonce and Jay-Z as well as Tyler, the Creator. Following the 2017 Orlando shooting, the singer published an essay expressing his frustration over the increase in homophobia and recounted his own experience when it came to his father's views about the gay community. In 2017, Ocean's father attempted to sue his son over what he perceived to be a false claim of homophobia but the judge ruled in favor of the rapper.

In 2016, the "Hunger Games" star announced that she identified as non-binary and was bisexual or possibly pansexual. In 2018, she corrected those statements by announcing she is gay and has "a romantic love for women." She admitted she had a moment of realization that led to "Gay Sob moments" and is proud to now be living her truth.

The New Kids on the Block band-member was outed in 2009 by the National Enquirer and in 2011 by teen pop singer Tiffany, whom he was rumored to be in a relationship with during the 1990s. Knight confirmed the declarations by stating he's always lived his life openly and remarked "apparently the prerequisite to being a gay public figure is to appear on the cover of a magazine with the caption 'I am gay.' I apologize for not doing so if this is what was expected." Knight is currently engaged to Harley Rodriguez.

Sara Gilbert realized that she was a lesbian when she was a teenager and dated her “Roseanne” costar Johnny Galecki. For many years afterwards, Gilbert was tightlipped about her sexuality, choosing not to publicly talk about her private life. But after coming out on “The Talk” in 2010, she married musician Linda Perry. The two have a son together.