Celebrities Who You Didn’t Realize Are Grandparents Now 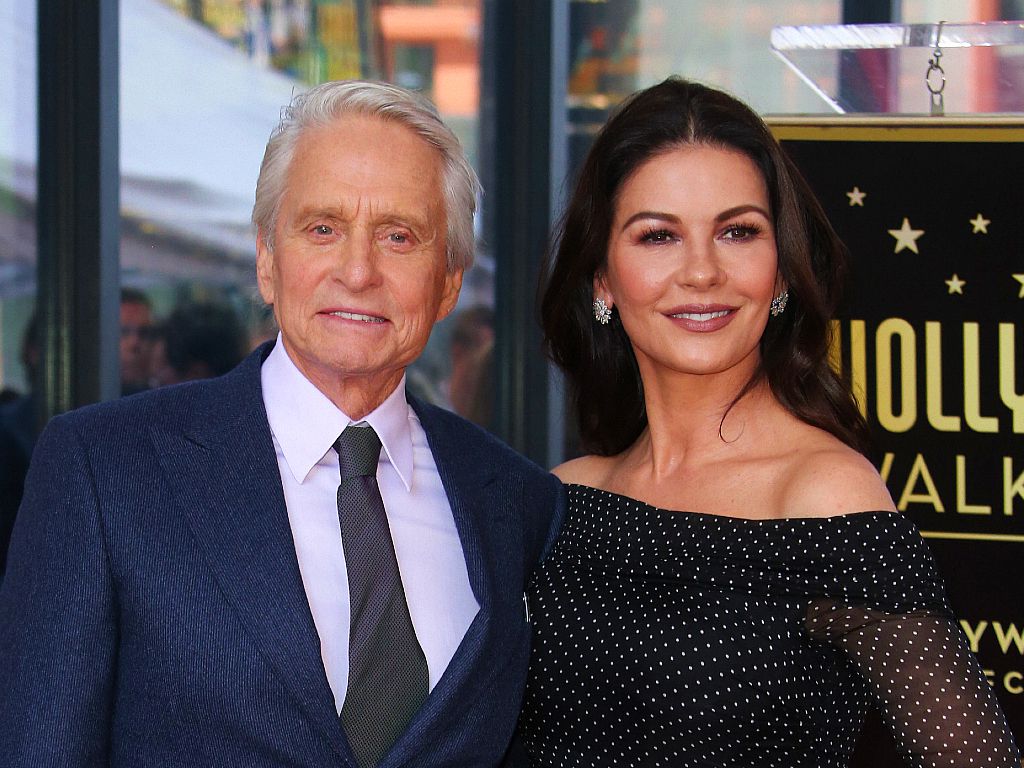 These celebrities are not your typical grandmas and grandpas who spend all day baking apple pies or walking with a cane. They're glamorous, fit, rich, famous and can still give one hell of a performance. That's probably one of the reasons why most fans totally missed the fact that these celebrities already have grandchildren.

King of rap, Snoop Dogg will be the first to say that he absolutely loves being a grandpa to his grandson, Zion. "It's just a spark of joy just to look in his eyes and to be able to hold him. I thank my oldest son for making me a grandfather," he told Today.

“The Mask” and “Ace Ventura: Pet Detective” superstar, Jim Carrey, is all grown-up! He may look super young still, but he's 58 years old and a grandfather to Jackson Riley Santana. He has described being a grandparent as "strangely wonderful" according to Access Online. He also said during an interview that Jackson is, "like a jet pilot already."

“Real Housewives of Atlanta” star Nene Leakes left fans speechless in 2012, when she shared the news that her son, Bryson, became the proud father of a daughter named Bri’asia. The sassy reality star is 52 years old. Not that anyone can tell just by looking at her, given how young she looks. But whatever you do, don’t call her grandma. She prefers to go by "Glamma."

“Two and a Half Men” actor Charlie Sheen was only 47 years old when he became a grandfather. His daughter, Cassandra Estevez had a daughter named Luna in October 2016, according to NBC News. And while Sheen may have been tied to plenty of scandals and drama, Luna is the light of his life.

The iconic actor Tom Hanks has his hands full. He’s 63 years old, but he already has three granddaughters named Olivia, Charlotte and Michaiah. Now how lucky are these girls that they’ll get to watch their famous grandpa play Mister Rogers, Chuck Noland and Forrest Gump on the big screen?

“Face/Off” actor Nicolas Cage is 56 years old and the proud grandfather of Lucian and Sorin. His son, Weston Cage, reportedly told ET Online that his father is a brilliant grandparent. “I believe that a lot of the morals and philosophies that I will teach to my son definitely comes from my father,” he said.

Most people know June Shannon as Mama June, the mother of the adorable reality star, Honey Boo Boo. But a lot of people don’t know that the 40-year-old mom also has three grandchildren, which include Kaitlyn Elizabeth Clark and Kylee Madison Cardwell through her daughter Anna Shannon, and Ella Grace through her daughter Lauryn Shannon.

Singer-songwriter Kid Rock has a career that spans 30 years, but the thing he’s most proud of is that his son, Robert James Ritchie Jr., gave him a beautiful granddaughter named Skye. Since he’s only 49 years old, he feels fortunate that he’ll be able to attend his grandkid’s wedding someday and enjoy plenty of moments with her.

“The Naked Gun” actress, and Elvis Presley's ex-wife, Priscilla Presley is 74 years old now but she became a grandmother when she was only 44 years old. That’s when her daughter, Lisa Marie, had Danielle Keough, Benjamin Keough, Finley Aaron Love Lockwood, and Harper Vivienne Ann Lockwood. That's a full house!

When “24” actor Kiefer Sutherland married Camelia Kath, he became a stepfather to her daughter Michelle. In 2005, Michelle gave birth to Hamish Kiefer Sinclair. She also went on to have a second son, Quinn. The actor’s only 53 years old but he absolutely loves being a grandparent. "The best thing about being a grandfather is that I get to give them these wooden swords, but I don't have to take them to the hospital to get the stitches done!" he said, according to The Independent.

Singer-songwriter CeeLo Green became a grandfather when he was 35 years old when his stepdaughter, Sierra, gave birth to her son, True Fighter in 2010. Now at the tender age of 44, Green doesn’t seem old enough to be anyone’s grandfather, but he’s not complaining.

It’s hard to imagine that the former James Bond actor Pierce Brosnan could be anyone’s grandfather because he looks super young at 66 years old. But 007 does in fact have three grandchildren, Isabella, Lucas and Marley May Cassandra, and he describes being a grandpa as pure and utter joy.

Comedian, actress and former talk show host Rosie O’Donnell became a grandmother in 2018 when her daughter Chelsea gave birth to her granddaughter, Skylar Rose. O’Donnell announced the news on Twitter and added the hashtags #love #life and #NANA.

Catherine Zeta-Jones became a grandmother in 2017 when Michael Douglas’ son Cameron and his girlfriend had a daughter named Lua Izzy Douglas. Zeta-Jones went on “Live with Kelly and Ryan” and shared that her step-granddaughter calls her "Zee-Zee," which she absolutely adores.

Country music star Garth Brooks is only 58 years young, and yet he’s already a grandfather. His daughter August Anna Brooks had a daughter named Karalynn in 2013 and eventually had a second daughter named Gwendolyn. "She's the little stem that kind of holds the whole family together, and it's kind of new for us. She's a doll," Brooks told Taste of Country regarding Karalynn.

Actor, writer and comedian Damon Wayans is 59 years old and the grandfather of Ava Marie Jean Wayans. Warans can thank his son, Mike Wayans and Vanessa Simmons for this little miracle. Ava Marie was born in 2014 and reportedly calls Wayans, "grandpapa." How adorable is that?

Former NFL player Brett Favre may be too old to be a football player now, but he seems way too young to be a grandfather. In 2010, his daughter, Brittany Favre, had a son named Parker Brett, and eventually two more boys followed. That’s three grandkids, and he’s only 50 years old.

“Live and Let Die” James Bond actress Jayne Seymour is just as elegant, classy and gorgeous as ever. At 69 years old, she looks too young to be a grandmother, but she is. In 2012, she had one grandchild, but now she's got six. She's head over heels in love with them, but there's one thing she wishes she could change about her relationship with them. “I just wish I could have more time with the kids, but um, you know, they have school and life and their own parents,” she told Closer Weekly.

Former governor of Alaska, Sarah Palin was running to be vice president of the United States in 2008 when her daughter Bristol announced she was pregnant. Palin became a grandmother at the tender age of 44. But now, she's the grandmother of Tripp Easton, Sailor Grace and Atlee Bay via Bristol Palin. And in 2011, her son Track Palin, welcomed Kyla Grace Palin.

“Sister Act” actress Whoopi Goldberg has done many roles over the years, but none have been as rewarding as the role of being a grandmother. When she was 34 years old, her daughter, Alex Martin, gave birth to a little girl named Amarah Dean. At 64, “The View” co-host is the grandmother of Jerzey, Mason and Amarah Dean.

Television personality Martha Stewart is a jack-of-all-trades. She’s had her own television show, written plenty of cook books, and even spent a little time behind bars. But in 2011, her daughter Alexis brought some light to her world and gifted her a grandchild named Jude. A year later, she gave birth to a son named Truman.

“Cheers” actress Kirstie Alley is 69 years old, not that you’d know it given how gorgeous she looks. Another mind-blowing fact about her is that she’s a grandmother to Waylon Tripp Parker. When talking about what it was like to be a grandma, Alley candidly told Today, “This is one of the best things that's ever happened in my life, to be a grandmother.”

“Keeping Up With the Kardashians” star Kris Jenner is known worldwide as a Momager, but she’s also a grandmother to 10 grandchildren. She became a grandmother for the very first time when she was 54 years old. Her grandkids reportedly call her “lovey.”