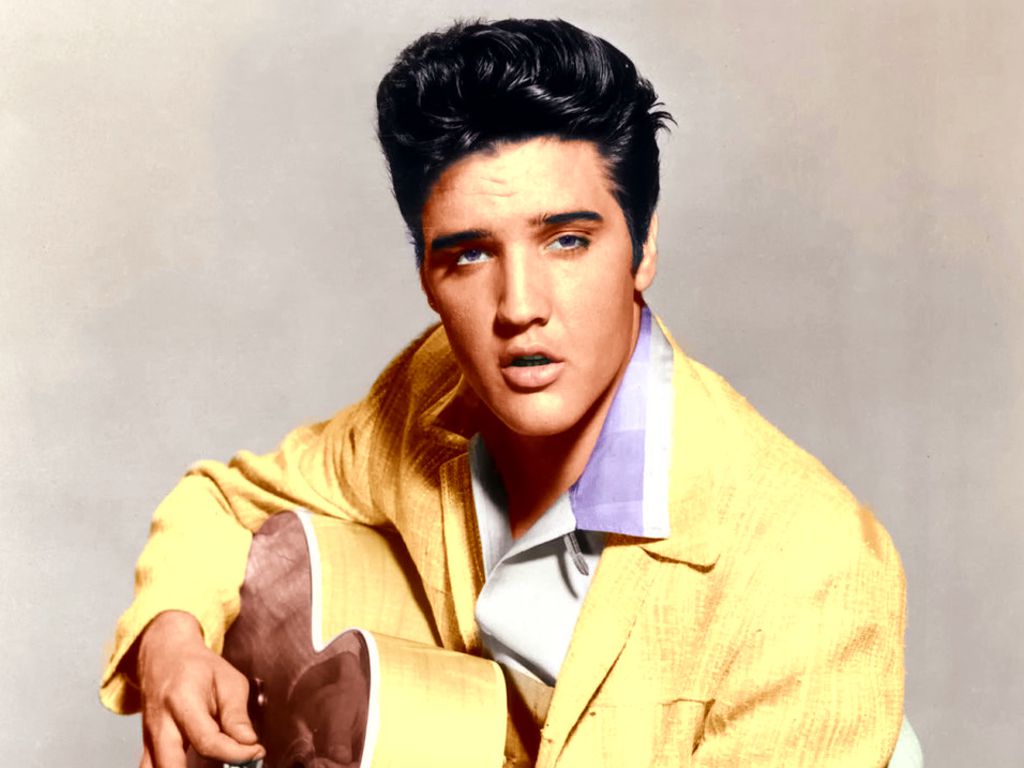 Elvis Presley was a good guy on and off screen. Fans swooned over the musician with the dreamiest hair to ever appear on television. And although he’s no longer with us, he has gifted the world with iconic songs that have remained timeless classics. But here are a couple of things about the King of Rock and Roll that you probably never knew...

He Was a Total Recluse

Growing up, Elvis was a total recluse. His peers described him as a major loner who liked to stick to himself. And when he played his guitar in school during lunch, the kids would tease him and make fun of the song choices he used to pick to perform which is ironic on many levels.

In 1948, his family moved from Tupelo to Memphis, Tennessee, where Elvis attended Humes High School. He received a failing grade in music class, but managed to graduate in 1953. This made him the first member of his family to graduate high school.

Elvis’s Mother Walked Him to School Every Day

Elvis’s mother Gladys was always very protective of him and this was very evident during his childhood. She walked her son to and from school every day until he reached high school and begged her to stop. As his career took off, the two remained very close.

He Worked at a Machinist Shop

Before he became the world's greatest rock star, Elvis took on a job at a machinist shop after graduation. He also drove a truck. But in July 1954, he recorded the hit “That’s All Right,” which launched his music career, pushing his career forward.

Elvis Served in the Army

Despite having achieved fame with his impressive voice and music career, Elvis couldn’t escape the mandatory draft of the time period. So, in December 1957, he enlisted in the United States military. But he had other pressing matters to attend to.

Elvis was working on a project outside of the military. Fortunately, the army gave him a deferment to allow him to finish production of the film, “King Creole.” Then, on March 24, 1958, the 23-year-old musician was officially made part of the army with the rank of private.

He Played a Soldier, Too

In March 1960, Elvis was honorably discharged from the army after earning the rank of sergeant. But he went back to the military in the army-themed movie, “G.I. Blues,” which was released in November of the same year.

Elvis Called His Mother Every Night

Until Elvis was drafted into the Army, he called his mother every night during his adulthood, while he was traveling as a musician. Unfortunately, he wasn't able to visit her while he was stationed in Germany in 1958 and she passed away while he was overseas, which devastated him.

Most people are aware of Elvis’ marriage to Priscilla, which lasted for six years, which seems to be the only time Elvis even considered marriage. But, when he was just 13 years old, Elvis filled out a marriage license for him and his then girlfriend Magdalene Morgan in pencil. Morgan herself didn’t even know about the license until several decades later.

Elvis and Priscilla had a strange relationship from beginning to end, but one of the oddest aspects of their romance was that Elvis never saw Priscilla without her makeup or while she was getting ready. "There are things you keep to yourself," Priscilla explained. "He never wanted to see me getting dressed. He wanted to see the result of getting dressed."

At the beginning of an unusual day for an unusual couple, the wedding party gathered at 3:30 a.m. to travel to the county courthouse to get the marriage license. That morning at 9 a.m., the couple exchanged vows in a short, intimate ceremony in front of only a handful of guests. The ceremony took only eight minutes before the wedding party left for the brunch reception.

The otherwise traditional nuptials exchanged during Elvis’s wedding day didn’t include the word “obey,” which was a request that Elvis made. Notably, Meghan Markle left this word out of her wedding vows as well, proving that this outdated term of phrase should be left in the past.

When converted to account for inflation, the Presleys spent a whopping $22,000 on their wedding cake alone. At the time the dessert cost $3,200, which was more than the price tag of an average Chevrolet at the time. The cake was a yellow sponge cake filled with apricot marmalade and liqueur-flavored cream.

Elvis Presley had a twin brother named Jesse Garon Presley who sadly passed away at birth. The King was haunted by the fact that if his brother had lived, he might not have felt quite as lonely throughout his life.

Although Elvis became a global sensation, his stage performances never went past Canada. He never actually performed outside of the North American continent. However, approximately 40 percent of his music sales came from his success abroad.

He Released an Album With No Songs

Elvis was in a pickle when he didn’t have enough albums to meet the demands of one of his contracts. So, he remedied the situation by releasing an album called “Having Fun With Elvis On Stage.” It contained no songs, but it did have plenty of onstage banter.

During live performances, Elvis would amuse himself by changing the lyrics. In 1969, he performed “Are You Lonesome Tonight?” live in Las Vegas. But instead of singing, "Do you gaze at your doorstep and picture me there?", he sang, "Do you look at your bald head and wish it had hair?"

He Took the Law Into His Own Hands

In the 1970s, Elvis impersonated cops by flashing a blue light and showing a fake badge to pull over speeders. Then he would walk over to them and persuade them not to drive recklessly by offering them a free autograph.

Elvis was inspired to create his first hit, “Heartbreak Hotel,” from a newspaper article about a man who jumped from a Florida hotel window. The man had left a note behind that read, “I walk a lonely street.”

When Elvis was a one-year-old baby, he and his mother Gladys survived a devastating tornado that swept through Tupelo, Mississippi, in 1936. Sadly, over 200 people weren’t as lucky as the future King of Rock and Roll.

In 1957, Elvis bought Graceland for a whopping $102,500. The singer was only 22 at the time, but the Memphis, Tennessee mansion became his home for two decades. Today, it serves as a museum to commemorate the late musician.

Elvis Was a Karate Master

Elvis was an expert in karate. He earned a seventh-degree black belt in Kenpo. In 1974 he became the founder of the Tennessee Karate Institute in Memphis. His white Cossack top two-piece was inspired by his white karate outfit.

Elvis Was a Natural Blonde

Although most Elvis fans can’t imagine him without his dark locks, The King is a natural blonde. When he was 20, he used shoe shine, Miss Clairol 51D and Black Velvet and Mink Brown by Paramount to achieve the edgier look that everyone knows and loves.

In 1961, Elvis adopted Scatter, a chimpanzee that belonged to a kids’ entertainer in Memphis, Tennessee. When Elvis hosted a lavish party at Graceland, Scatter would come out in a Hawaiian shirt and make a loud entrance.

Elvis Was a Fan of Hamilton Watches

Elvis was a huge fan of Hamilton watches. In fact, the Ventura model was his favorite. He even wore one in the film “Blue Hawaii.” So eventually, the Hamilton watch was dubbed the “Elvis Watch.”

Elvis Had Over 100 Cadillacs

Elvis didn’t just have a love for watches. He also had a strong fixation with Cadillacs. Throughout his life, he reportedly bought over 100 Cadillacs and was famous for gifting them to total strangers for no reason at all.

Elvis loved music, but he loved football even more. He reportedly carried a football with him everywhere, even on a movie set. They said that in between scenes, he would gather a group of friends and play a game.

Elvis Had a Favorite Sandwich

Elvis had a favorite sandwich, which some fans may have found a bit unappealing when they first heard what was in it. But it has become just as legendary as the King himself. It consisted of peanut butter, bacon, banana, and honey.

Elvis Gifted Someone a Limo

Once upon a time, Elvis asked his Limo driver, “Do you own this Limo or do you work for the company?” The driver replied that he worked for the company. Then Elvis smiled at him and said, “Well you own it now.”

John Lennon worshipped Elvis and tried dressing like him. But when Elvis heard of his anti-war stance, he wanted to beat Lennon up. Fortunately, neither one of them traded blows with each other.

Elvis officially passed away from a cardiac arrhythmia, but his personal physician, Doctor George Nichopoulos, believes his cause of death was related to chronic constipation. Elvis’s dad, Vernon Presley sealed the autopsy report until 2027. So, you’ll have to wait until then to know the truth.