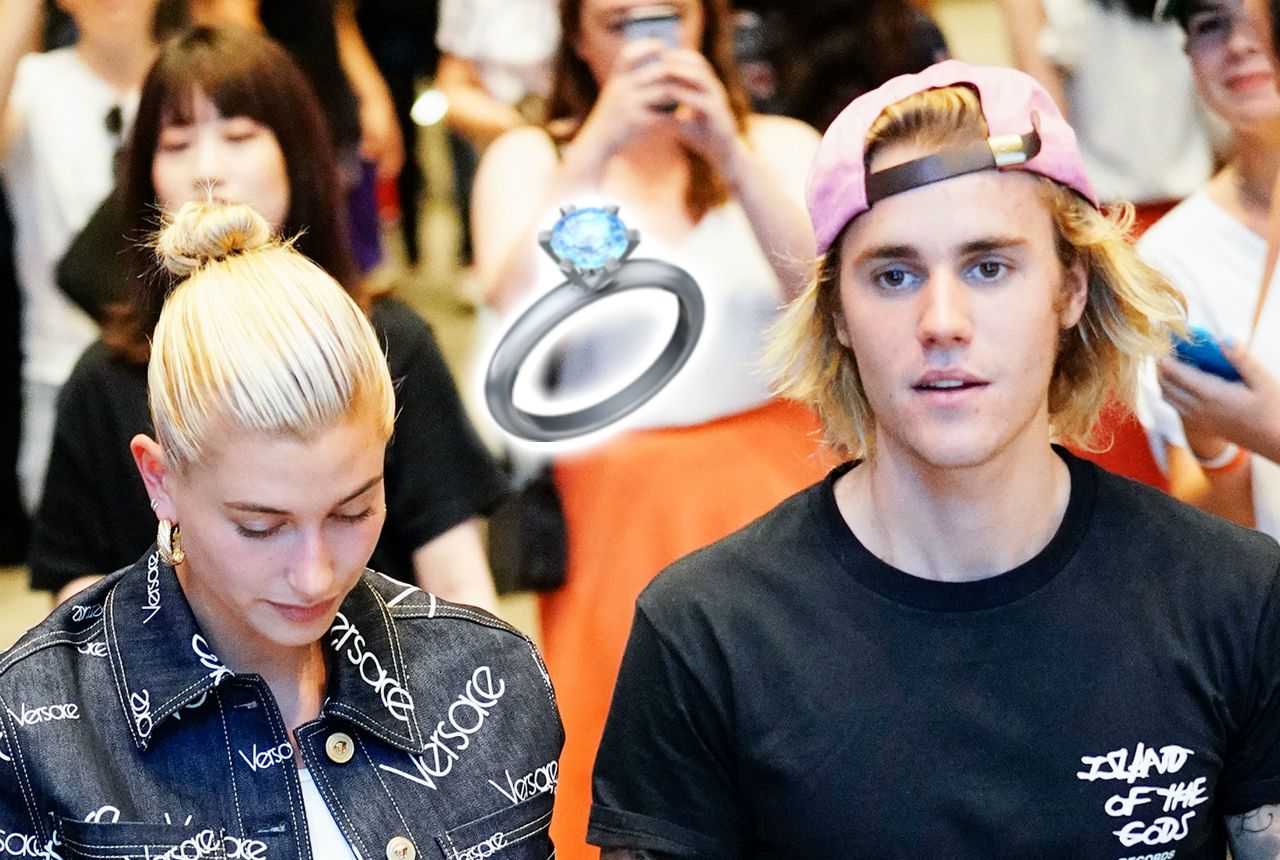 OK, you guys, TMZ is reporting that Justin Bieber and Hailey Baldwin are engaged after he proposed last night, and she said yes, and now I have, like, the worst fucking migraine. But let’s back up for a second. According to TMZ, the two “sources” for this piece of nuptial news are two rando women who claim to have seen the actual proposal happen at a Bahamas resort. The women told TMZ, “everyone was at a restaurant on the property doing salsa dancing when Justin's security told everyone to put their phones away, because something special was about to happen.” And then Justin Bieber was like, “Uh, Hailey, will you, like, marry me or whatever?” (Not an actual quote; just how I imagine Justin Bieber proposing marriage.) And she actually said yes. But, OK, I know what you’re saying: “C’mon, Hollyscoop. Are you actually gonna believe a couple of random sources with no names who claim to have seen Justin Bieber propose to Hailey Baldwin?” I understand your skepticism. But this new Instagram post from Bieber's dad is wicked suspicious considering the rumor:

@justinbieber Proud is an understatement! Excited for the next chapter!

“Proud is an understatement!” Jeremy Bieber wrote. “Excited for the next chapter!” A cryptic statement, to be sure. But if the rumor is true, that post makes a lot more sense. I just can't with this kid anymore. First he's back with our queen, Selena, playing with her heart and her emotions over the holidays. Then they split up again and he gets back with Hailey. And I'm like, "My dude, can't you leave these women you've already hurt alone? Get on Coffee Meets Bagel and meet someone new, FFS." But now Justin Bieber and Hailey Baldwin are engaged. Sure. Whatever. So what do you guys think? Is this engagement for real? How long will it last? What’s the over-under on these two rude bags of chilis and pistols actually saying, “I do”?