When Lionel Richie Noticed a Two-Year-Old Girl Alone at His Concert, He Jumped Into Action

Camila Villafane |January 25, 2023
When Lionel Richie Noticed a Two-Year-Old Girl Alone at His Concert, He Jumped Into Action January 25, 2023Leave a comment 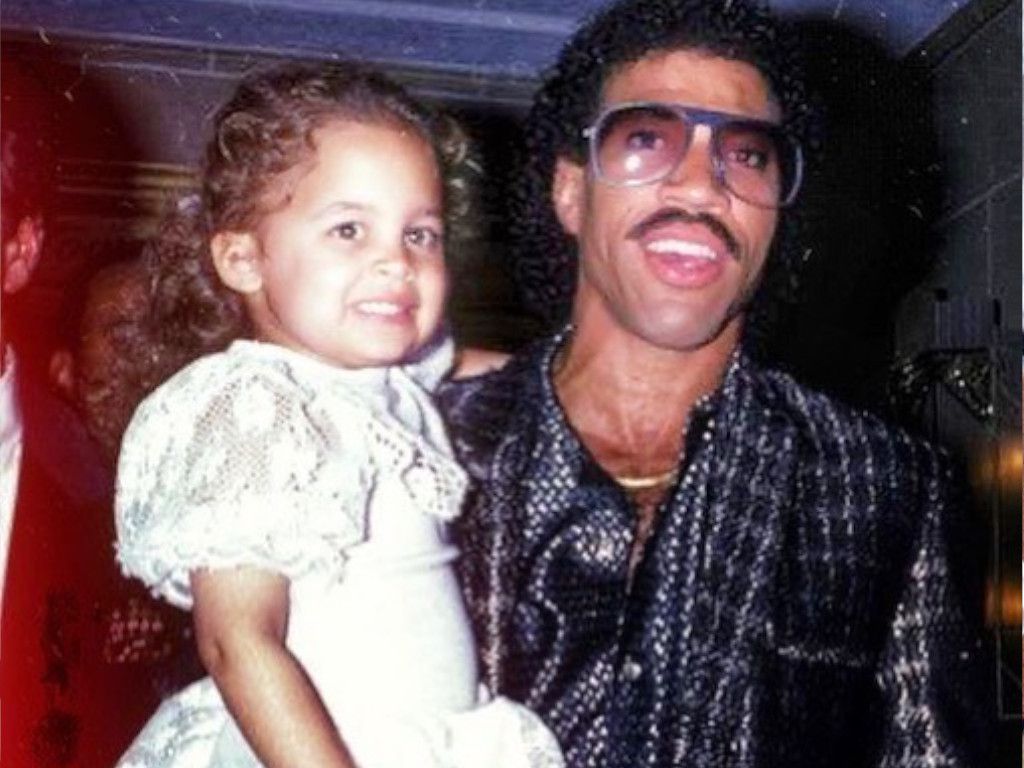 Lionel Richie’s career spans several decades, starting in the late 1960s when the American singer was part of the Commodores music group. But the much younger crowd probably remembers him for being a judge on “American Idol.” However, in 1983, he became something entirely unexpected shortly after spotting a 2-year-old girl all alone on stage.

His Music Career Didn’t Prepare Him for This

Lionel Richie has made a name for himself as a singer, a songwriter, a record producer, and a judge on television. But one of his most precious memories took place in 1983, when he noticed a 2-year-old girl seemingly out of place at a Prince concert in Los Angeles, California.

She Made Him Question Everything

The little girl was standing on stage next to music legend, Prince. And Lionel was mesmerized by her as she danced to the beat of the performer’s music. She even played her tambourine. But as cute as she was, Lionel was certain she wasn’t supposed to be there, and yet he wanted to know who she was.

Lionel was a well-established musician by this point in his career, so he was able to use his celebrity status to figure out the identity of the little girl who had somehow gotten on stage in the middle of a concert.

He Went Backstage to Get Answers

Once Lionel was backstage, he discovered that the mysterious girl was the child of famed percussionist Peter Escovedo and Karen Moss. So, he asked these musical head honchos if he could meet their daughter to praise her for her onstage performance.

Lionel Bonded With the Girl

Lionel quickly learned that the enthusiastic girl was called Nicole and that they bonded well together. After spending some time with her, he was no longer worried about the girl’s well-being. But his concern for the little girl resurfaced a couple of months later.

Nicole Was in Trouble

Nicole’s parents were musicians who traveled a lot. They were also in the process of breaking up, which meant their daughter was yo-yoing around from one family member to another while her folks sorted things out. But when Lionel heard that her parents were planning to take her on tour, he voiced his concerns for the girl’s well-being with his wife, Brenda.

She Needed a Stable Life

Lionel explained to the Huffington Post that: “We [were] a little worried that the little kid can’t go on tour because a 2-year-old needs to be stationary." With his wife Brenda’s permission, he asked Nicole’s parents if she could stay with him. But this worried her parents.

They Couldn’t Refuse Him

“They were having difficulties with their relationship,” Lionel shared with Piers Morgan during an interview. So, Nicole’s parents reluctantly agreed to let him and Brenda take their daughter in for a while. But then, the situation took a really bad turn.

Her Parent’s Relationship Was Crumbling

Lionel and Brenda noticed that the Escovedos’ relationship was crumbling as a result of their musical careers. But the only thing Lionel was worried about was Nicole, and he knew he had to help her no matter what.

He Became Her Legal Guardian

"It took about maybe a year for me to just fall in love and she was a little button," Lionel explained. Eventually, he and Brenda became the little girl’s legal guardians. What’s more was that they wanted to legally adopt Nicole, but something was standing in their way.

He Had to Change His Lifestyle

Lionel’s career continued to gain momentum and he worried that fame would lead to the same instability that Nicole’s parents experienced. But how could he choose between his music and this little girl who wasn’t biologically his?

He Had Upgraded to Dad

"By that time, I was Dad," Lionel explained, which meant that he was more than happy to do whatever was necessary for the little girl. In fact, he told Nicole: "You are going to make everyone in your family wish they actually had a chance to get you back." But it would take time to earn the girl’s trust.

She Didn’t Know What Was Happening

The 9-year-old was in court waiting to officially go from being Nicole Escovedo to becoming Nicole Richie. But she was too young to understand what was happening. All she knew was that her biological parents had seemingly turned their backs on her, and Lionel understood that.

She Had Abandonment Issues

During a “Talk To Me” interview, Lionel told Nicole: “I remember you had abandonment issues for obvious reasons. You've been handed around to every relative in the family. And remember what I said to you. I said, ‘I'm never, ever going to leave you.’” But Nicole wasn’t so convinced.

He Earned Her Trust

Lionel told Nicole: “I said, ‘No no, listen, I'm never going to leave you.’” He meant it, too. So, he cut down on the length of his tours and always came home with gifts. Eventually, Nicole lowered the wall she had built around her heart. But once again, something else sent her life spiraling.

Lionel and Brenda Got Divorced

Nicole’s world experienced another separation after Lionel cheated on Brenda, which led to a nasty divorce. Luckily for him, his bad reputation with women would be something Nicole would playfully make fun of once she grew up.

She Felt She Had a Strong Relationship With Lionel

“Women haven't really been your strong suit,” Nicole said to Lionel during an interview with the Huffington Post. “But you're very gentle with me and, and I feel like you and I have a really good, strong relationship.” But her relationship with Lionel was shaken when she wound up in rehab.

The Hollywood Party Scene Changed Her

Nicole’s fame rose higher while starring on “The Simple Life” with Paris Hilton. But the show tanked when the two friends had a falling out. Then, Nicole started using controlled substances which led her into rehab.

Lionel Rushed to Nicole’s Side

Once the news got wind of what happened, stories of Nicole’s downfall spread like wildfire. Concerned, Lionel went to check on her in 2003. While he was there, he gave her some fatherly advice on how tough being in the Hollywood spotlight could be.

Lionel explained to Nicole that: “Some people take fame and pressure and get fat, some get skinny, some get addicted to drugs. Get used to it, kid, because it doesn’t get any better." Lionel’s harsh truth gave Nicole an epiphany, and she’s been sober ever since.

She Turned Her Life Around

Nicole has since dabbled as a fashion designer by opening up the House of Harlow in 2008. In 2010, Glamour magazine gave her the “Entrepreneur of the Year” award.” She is also married to Joel Madden and has two children named Harlow and Sparrow. But she doesn’t spoil her kids the way she was spoiled for a big reason.

Her Parents Had Tried to Win Her Over

When Lionel and Brenda divorced in the 1990s, they did what most parents do in their situation, which was to try to win her over to their side by giving her whatever she wanted. And she considered this a major mistake.

They Said Yes to Everything

Nicole claimed that: "Their way of making me happy was to say, 'yes,' to everything I wanted, but I don't think a little girl should have that much freedom." Still, she can hardly say she and Lionel were all alone.

She Has Siblings, Too

Lionel has two biological kids with his other ex-wife, Diane Alexander. Their names are Sofia and Miles. But this didn’t change how he felt about Nicole, because she was, for all intents and purposes, his daughter, too. He even helped her through whatever hurdles she had to jump over to survive Hollywood and life in general, hence why their relationship is so special. But Lionel still doubts himself.

“My dad [Lionel] has said before that he doesn’t think he was a good dad,” Nicole shared. “But I’ve never felt like that. He’s being too harsh on himself. Looking back, I think I had a wonderful childhood.” And in 2017, she went on the “Today” show and claimed she was her dad’s biggest fan. And it’s pretty obvious that she will always be the light of his life.