The Most Outrageous And WTF Celeb Christmas Trees Of All Time

Bridget Daly
The Most Outrageous And WTF Celeb Christmas Trees Of All Time November 29, 2017 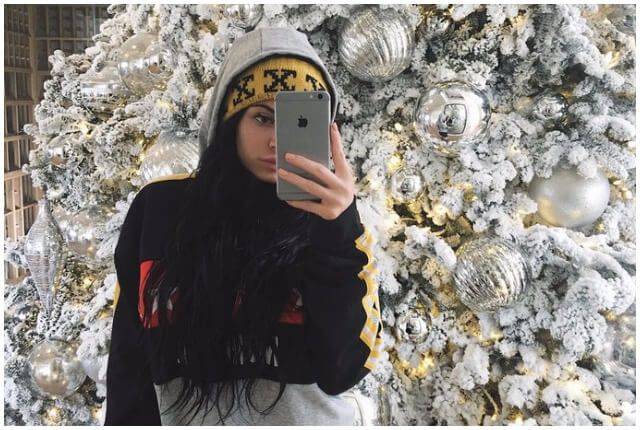 It is a truth universally acknowledged, that celebrities in possession of unlimited resources must want to be extra AF without getting roasted for it.  The glitter and glamor of the holiday season provide the perfect backdrop for Hollywood's elite to flex for the 'Gram. And how to shell out some serious cash to enlist the help of a team of private decorators. So are you feeling like your decorations are less than lit? Then check out this ultimate collection of WTF celeb Christmas trees and really start feelin' the season.

Does it surprise anyone that Blue Ivy's tree is...blue? In true Bey and Jay power couple fashion, their eldest's tree is four times the size of her and decked out in massive teal baubles.

Living that Cali life, model Alessandra Ambrosio chose to decorate a mammoth Christmas tree outside of her Malibu home. We're getting serious Rockefeller vibes from this beauty.

While a bit over-the-top, Kendall Jenner's 2016 Christmas tree is suprisingly muted compared to the rest of the KarJenner clan. We're digging the frosted tips.

Of course Kelly Clarkson is one of THOSE Elf On A Shelf moms. Peep the two elves nestled in the branches for the singer's two children, son Remy and daughter River!

Someone please tell Wayne Rooney that owls are not Christmas animals/icons. Seriously WTF is going on with this tree?!

Yolanda Hadid's massive stack of presents looks small next to this tree that barely fits in the frame. Also- can the Hadid women EVER take a picture without striking a pose?

Christina Aguilera dressed up as sexy Mrs. Claus to pose next to her pink candyfloss Christmas trees. Everyone matches their eyeshadow to their holiday decorations, right?

Kaley Cuoco's love for horses runs so deep that she had to put an all-white Christmas tree in her stable, complete with a visor topper.

2016 was a Christmas full of love for Kylie Jenner and then-BF Tyga, as seen in their amorous embrace in front of the makeup mogul's all-white (and massive) tree.

Yes, she did that. Jordin Sparks seriously enlisted the help of Shane Mehrer to deck her tree out in a tasteful, handmade vibe.

One Christmas tree was not enough for Kourtney Kardashian. She needed two. True to Kardashian style, these trees are extra AF but absolutely stunning.

Nothing says "friendsmas" like Kylie Jenner posing for social media with a collection of her equally gorgeous friends in front a massive frosted tree.

Kris Jenner definitely upped her game for her 2015 Christmas display feat. not one, but four peppermint tree toppers.

Britney Spears' family tree is so massive that it didn't even fit in the frame. That evergeen has to be at least triple the size of the princess of pop!

The Most Outrageous And WTF Celeb Christmas Trees Of All Time

We're not sure what Victoria Beckham was thinking during this 2013 decoration sesh--but we do have some questions, like: What's up with the pink? Climbing a ladder in heels? Really? Is she putting her own Spice Girls Barbie at the top of the tree? We need answers, Posh.

When it comes to grand holiday displays, no one tops Kris Jenner. The Kardashian matriarch chose a red bow theme for her 2013 tree/foyer decoration scheme, outfitting the staircase as well with dozens of velvet adornments.

Amber Rose and son Sebastian went for a spooky vibe while decorating their 2016 Christmas tree. The mother and son duo even carried their Hallo-themed tradition into 2017!

If Beyonce wants to bend the Christmas color scheme to her will, she'll do it without a second thought. Queen Bey opted for opulent purple and silver decorations for her massive tree. Red and green are for us regular mortals anyway.