Zarouhi Mikaelian
10 Things You May Have Missed From Last Night’s ‘Game of Thrones’ July 24, 2017 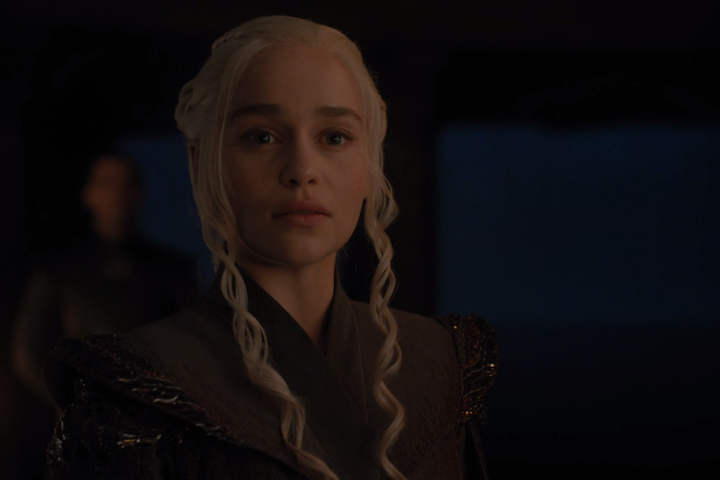 Yes, the two biggest characters in Game of Thrones agreed to finally meet for the first time in over six seasons. And yes, Euron's utter destruction of Yara's fleet was badass. But here are 10 nuggets you might have missed from the second episode of Season 7, "Stormborn."

This isn't the first time a Lord of Winterfell has strangled Littlefinger.

Sam might have an idea for a book title.

When Archmaester Ebrose tells Sam he's "not writing 'A Chronicling of the Wars Following the Death of King Robert' for nothing," Sam admits he's not a fan of the title. Instead, the Night's Watchman suggests he go with something "a bit more poetic." Could Sam's account of the events be titled "A Song of Ice and Fire," as George R.R. Martin's is?

That scene contained another callback.

Drogon is getting historically big.

In the second episode of Season 7, we meet the skull of Balerion. In the books, he was the largest dragon since the fall of Valyria. In the show, Shireen, before reaching her gruesome demise, said Balerion had "teeth as big as bastard swords," according to her books. We haven't gotten a good shot of Dany next to her largest dragon yet this season, so he could be even bigger than he is in this picture from Season 6.

Lord Commander Jeor Mormont was leading Sam and the few survivors of the Night's Watch from the destruction at the Fist of the First Men back to the Wall.

Euron's crew cuts people's tongues out for a reason.

You know, other than for his psychotic pleasure. In the books, Euron's crew spares some victims from pirate raids, cuts out their tongues, and takes them as new members of his fleet that can't communicate and therefore can't revolt.

Another callback to Season 1.

On the left, Ned Stark watches his sons (and his nephew) practice archery at Winterfell. On the right, Jon watches the present youngsters of Winterfell do the same.

Arya is looking a hell of a lot like Ned.

And on her way back to Winterfell, no less.

Hot Pie has always been a master of deduction.

At least when it comes to identifying knights.

Theon must have crossed paths with Syrio Forel.