Movies That Most Accurately Depict the Brutality of War

Greg Smith |May 2, 2019
Movies That Most Accurately Depict the Brutality of War May 2, 2019Leave a comment 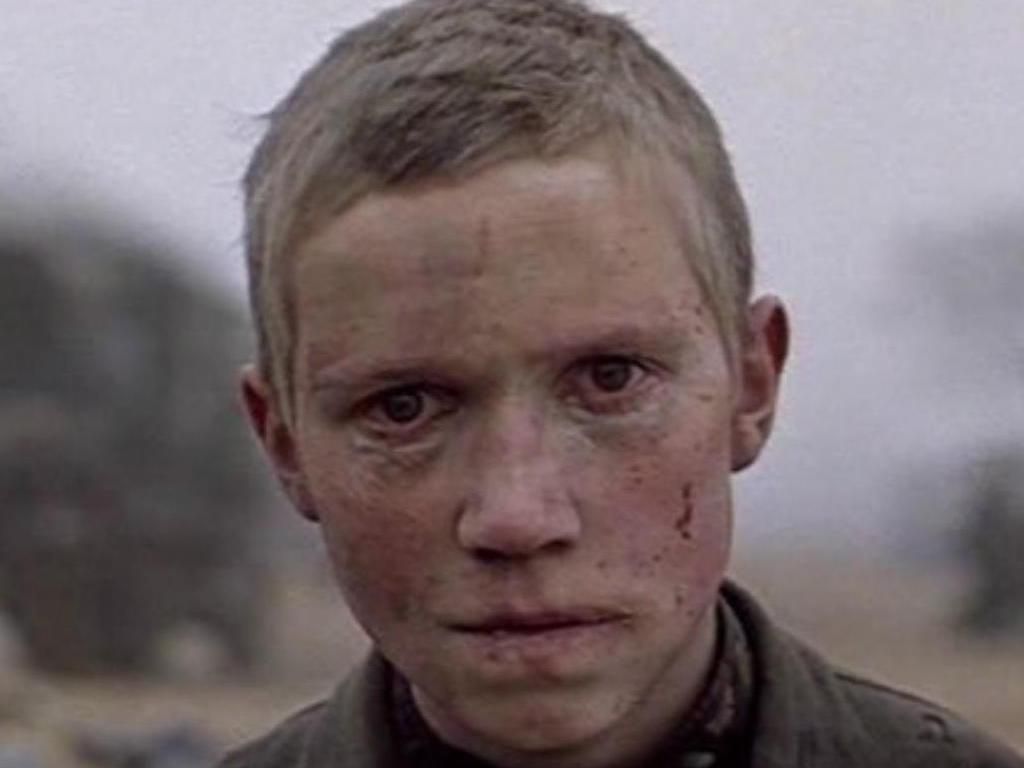 They say all is fair in love and war. But the brutal tactics employed in the latter never seem fair. War is violent. Chaotic. Capable of miserable effects in the short and long terms. And these films serve as acute examinations of the hellish brutality that occurs in all warfare...

Here's how Francis Ford Coppola described the making of "Apocalypse Now": "We had access to too much money, too much equipment, and little by little we went insane." The insanity of production combined with the insanity of the Vietnam War, the film's subject, results in a hallucinatory, feverish work of art, juxtaposing surreal violence with borderline absurd comedy. The film works on both visceral and cerebral levels of anxiety.

Not every war is fought on the battlefield. And not every war is fought by a soldier. In "Grace Is Gone," John Cusack plays a husband whose wife is killed in action in the Iraq War. He's thus given an impossible task: How do you tell your two children that their mother is dead? The film explores the quiet, mundane brutality in a life post-war, a life post-death. Even the happiest moments are tinged with melancholy.

Stanley Kubrick's "Full Metal Jacket," the filmmaking maestro's examination of the Vietnam War, is effectively split into two chapters. The first chapter depicts the interior deterioration of young soldiers' psychological states of beings, thanks to a drill sergeant's unending abuse. The second chapter expands and takes us into the physical realm, showing what happens when these broken men are taken into broken places and asked to do broken things.

At any second, your life could end. That's the lesson at the crux of all of war's existential crises. And in "The Hurt Locker," centered around an bomb disposal team in the Iraq War, this lesson is shown in unbearably agonizing detail. Kathryn Bigelow's nail-biter plays like a suspense thriller, action film and psychological character study all at once. It won the Academy Award for best picture, deservedly so.

Eye in the Sky

In modern warfare, many the United States' most vicious battles aren't waged with troops on the ground. They're fought with targeted drone strikes, which fall from the sky with seemingly no warning, destroying everyone in their paths. "Eye in the Sky," starring Helen Mirren, Alan Rickman and Aaron Paul, examines the pilots and decision-makers behind this new form of warfare, and what happens when the moral costs become too much to bear.

Yes, "Starship Troopers" is a goofy sci-fi picture about big ol' bugs. But it's also an incisive, satirical look at the dehumanization of soldiers that occurs within militaries. The potential soldiers who sign up to fight the big ol' bugs in this movie are fed propaganda on the prospects and purpose of the fight. But once they enter the battlefield, they're eradicated with frightening efficiency, becoming nothing more than anonymous viscera. Brutal.

Yes, "Edge of Tomorrow" is a goofy sci-fi picture about Tom Cruise living a "Groundhog Day" situation with guns. But the plot, sneakily, says a lot about what it means to be a soldier. On a micro scale, a soldier's tour of duty is marked by monotony, routine and order, even in its most violent moments. On a macro scale, countries will never stop waging war with each other, even after everyone who could be dead is dead. Double brutal.

"Fury," David Ayer's tank-centered war film, sags with heaviness. You can smell the sweat and stink on these poor soldiers and feel the agony in their daily moral quandaries. Sometimes, America fetishizes WWII as a clean, simple war. "Fury" does a great deal to dispel this tired myth.

Soviet director Elem Klimov began co-writing the screenplay for "Come and See" in 1977. He waited eight years for approval from the State Committee for Cinematography (an actual thing that existed in Soviet Union times) due to the subject matter's grimy naturalism and unmannered brutality. Luckily for war film buffs, Klimov was able to make his movie with no censorship, delivering a rarely told story about Nazi occupation in Belarus with horrifying, emotionally ragged acumen.

Grave of the Fireflies

"Grave of the Fireflies" comes to us from Studio Ghibli, acclaimed anime studio, and drops us into the lives of Japanese siblings Seita and Setsuko shortly after the end of World War II. As we know, World War II's end came in part from the American bombing of civilians in Japan. As you might guess, this means that "Grave of the Fireflies" dives headfirst into the physical and emotional damage sustained from such a wide-reaching act of violence. All with children. You will need Kleenex, you will need a lot of it.

Another contemporary anxiety attack from Kathryn Bigelow, "Zero Dark Thirty" rummages under the hood of one of America's most unambiguous military victories: the extermination of Osama bin Laden. Of course, Bigelow finds it rife with ambiguity. Such an effort is executed by emotionally frayed, overexerted individuals who must make difficult decisions with excruciating regularity. The stuff you see in this film's rendering of the final showdown will truly make you question what is right and what is wrong.

In Hollywood, lavish European period pieces are often given a glossy, romanticized treatment. Not so in Mel Gibson's "Braveheart." The dramatization of William Wallace's quest for Scottish independence skimps over no grisly detail, with death scenes drenched ruthlessly in gore. "Freedom," as Gibson memorably shouted, comes at a terrible cost.

In 2006, Clint Eastwood directed two World War II films about the battle of Iwo Jima. "Flags of Our Fathers," told from an American perspective, didn't make much of a cultural impact. But "Letters From Iwo Jima," told from the Japanese perspective, surprised and affected audiences around the world. Eastwood has a reputation for jingoistic, American masculinity. But "Letters From Iwo Jima" shows a surprising amount of empathy and melancholy in its difficult depiction of the so-called "enemy."

Fires on the Plain

"Fires on the Plain" doesn't just follow a Japanese soldier during the last days of World War II. It follows a Japanese soldier dying of tuberculosis. It's a beyond-bleak watch, discomfiting audiences with a wash of casual misery, grim black-and-white cinematography and disturbing violence. Director Kon Ichikawa resorted to extreme measures to communicate his vision, not allowing actors to brush their teeth, comb their hair or even eat proper meals during production.

Ridley Scott isn't interested in softening corners. In works like "Alien," "Blade Runner" and "Gladiator," he took well-trod genres and let the fangs out, producing works that shock with their frank depictions of unhappy violence. In "Black Hawk Down," Scott applied the same trick to the war movie, imbuing his examination of the 1993 battle of Mogadishu with jarring, upsetting imagery and human catastrophe.

Oliver Stone is a Vietnam War vet, and his "Platoon" feels particularly authentic in its unsparing depiction of that war. Stone and a star-studded cast examine not only the formless conflicts between U.S. troops and the Viet Cong, but the conflicts that emerge among a group itself trying to achieve its goal. Stone went on to direct two other films about his Vietnam experiences: "Born on the Fourth of July" and "Heaven and Earth."

Werner Herzog is an emotionally invested yet anthropologic filmmaker. In both his narrative and documentary works, he frames his characters' obsessions and goals with startling intimacy while simultaneously highlighting the absurd inanity in their attempts. "Rescue Dawn," about a pilot captured and kept as a prisoner during the Vietnam War, serves as a particularly potent distillation of Herzog's impulses. Lead actor Christian Bale will make you believe he was truly a POW.

Steven Spielberg was afraid of "Schindler's List." While he was attracted to the story about a German businessman who tried to save Jewish refugees during the Holocaust, he was also unsure if he was the right man for the complicated job. Finally, after many other directors passed, Spielberg did it himself, resulting in one of the most heartbreaking films ever made. The film won several Oscars and increased awareness worldwide of what truly happened during the Holocaust.

In 1966, three American soldiers perpetrated a vicious, unspeakable series of actions against Vietnamese woman Phan Thi Mao. In 1989, Brian de Palma spoke about it. His film, "Casualties of War," delves into the sociopathic motivations behind the acts, the fractured attempts at justice after the fact and the fallout left behind. Michael J. Fox, known at the time for lighter roles in "Family Ties" and "Back to the Future," delivers a captivating, despondent performance as the one soldier who listens to his conscience instead of his orders.

During the Rwandan Civil War of the 1990s, upwards of 1 million Tutsi were slaughtered in an act of genocide. "Hotel Rwanda" tells the true story of Paul Rusesabagina, a hotel manager who used his facility to house thousands of refugees during the conflict. The film, anchored with startling dignity by Don Cheadle, examines the unbearable heartbreak and humanity in these actions, while also digging into the corrupt socioeconomic realities that allowed them to happen.

Where do developing, war-torn nations get all of their weaponry? "Lord of War" gives us an answer. And it is bleak. Nicolas Cage stars as Yuri Orlov, an arms dealer who plays every side of every conflict in search of the almighty dollar, despite any and all human rights violations he witnesses (or causes) along the way. Andrew Niccol's incendiary act of expose-filmmaking makes its mission statement known in its opening titles, culminating in a shocking act of taboo violence.

In 2006, a group of American soldiers perpetrated a vicious, unspeakable series of actions against Iraqi girl Abeer Qassim Hamza al-Janabi and her family. Brian DePalma's "Redacted," a grim revisitation of the themes he explored in "Casualties of War," was mired in controversy from the beginning of production, especially considering its examination of present rather than past events. Thus it feels particularly messy, frayed, brutal and necessary.

Filmmaker Ari Folman served as a soldier during the 1982 Lebanon War. But his memories were unclear. As an act of creative therapy, he made "Waltz With Bashir," an animated documentary about trying to uncover repressed trauma. In using animation, Folman gives the subject matter its necessary dreaminess, while also aggressively juxtaposing such aesthetics with their inherent brutality.

To tell the truth, sometimes you have to step away from the literal truth. "Under the Shadow" takes place during the Iran-Iraq War, a tumultuous backdrop for a woman, her daughter and the vengeful spirit that may or may not be haunting them. It's a horror film, yes, but one that uses its genre trappings to effectively explore the implications of war in all its frightening misery.

With "Saving Private Ryan," Steven Spielberg left all of his childhood sense of wonder at the door, delivering an intense, violent and emotionally scarring look at the sacrifices made in World War II. The opening scene, depicting D-Day, is full of graphic images captured in aggressive handheld cinematography. Spielberg and DP Janusz Kamiński even leave blood and dirt splatter on the camera lens.