Iconic Appearances Made by Huge Celebrities Before Their Big Breaks

Camila Villafane
Iconic Appearances Made by Huge Celebrities Before Their Big Breaks March 4, 2021Leave a comment 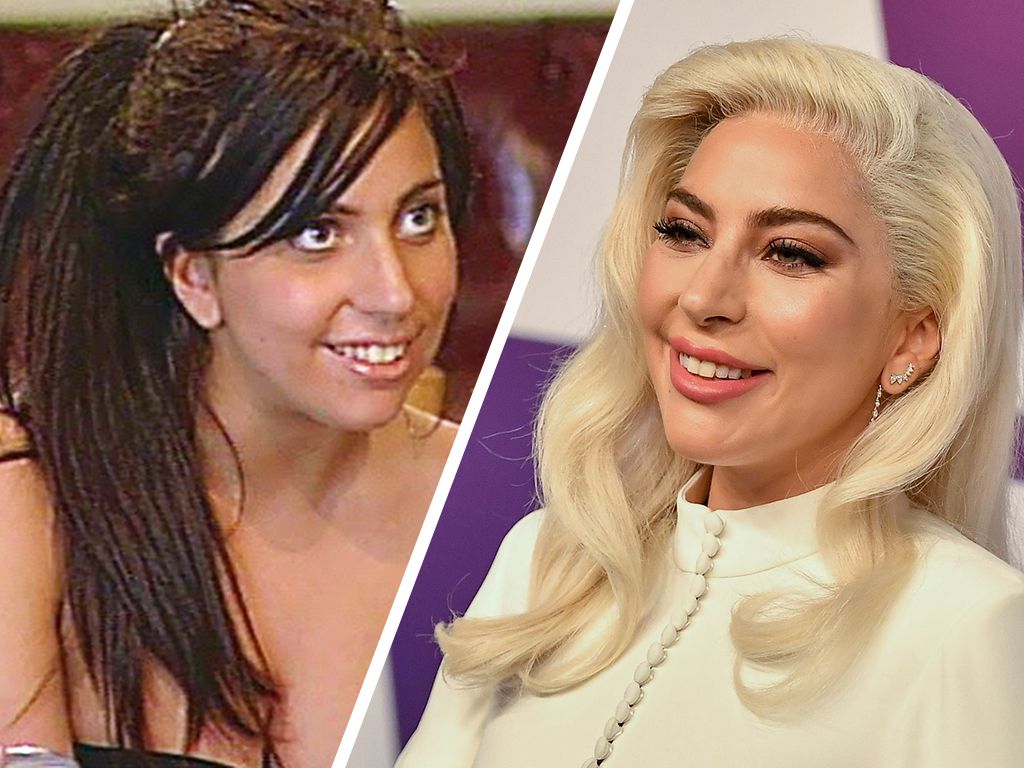 Look! Everyone who’s on top had to start at the bottom at some point, even A-list Hollywood celebrities. And for a lot of these stars, their big break started with small roles or less than memorable parts on a TV show or movie.

And since many of them were virtually unknown at the time, most of us overlooked them, but they later became a staple in Hollywood. Did you know that many future Oscar winners appeared on just one episode of a TV series before being given the boot? It might surprise you that these talented stars started their careers with just a few lines in front of the camera.

In 1987, Angelina Jolie’s ex Brad Pitt played Randy, the boyfriend of one of the characters on the drama series “Dallas.” It was one of his earliest roles and he was on the show for four episodes before moving on to bigger and better things.

Jessica Alba in “The Secret World of Alex Mack”

Sci-fi fans may recall that Jessica Alba played a genetically enhanced human on the series “Dark Angel" in the early 2000s. But in the 1990s, she played Jessica in the similarly sci-fi series “The Secret World of Alex Mack” for three episodes.

Halle Berry first graced us with her presence in 1989 on a sitcom called “Living Dolls,” alongside Leah Remini. The series was a spin-off of the super popular sitcom “Who’s the Boss.” Unfortunately, it wasn’t a hit and ABC canceled the show after 12 episodes.

Milo Ventimiglia on “The Fresh Prince of Bel-Air"

Milo Ventimiglia’s most memorable roles include playing Peter Petrelli on “Heroes” and Jack Pearson on “This is Us.” But he also had an extremely tiny role on the sitcom “The Fresh Prince of Bel-Air" where he appeared as a guest at a party.

Kaley Cuoco on “Growing Up Brady”

Before she starred as Penny on “The Big Bang Theory,” Kaley Cuoco played actress Maureen McCormick, who played Marcia Brady on “The Brady Bunch.” But it wasn’t a reboot of the sitcom. It was a TV movie called “Growing Up Brady,” which chronicled what went on with the cast behind the scenes.

Lucy Liu has starred on the TV series “Elementary” and appeared in the film version of “Charlie’s Angels.” But she was very young and looked very different when she took on the small role of Courtney, a waitress with good grades in high school on “Beverly Hills 90210.”

The actor who became known as “Dr. Doogie Howser” on the show of the same name guest-starred on the sitcom “Blossom” playing the handsome young man Derek Slade. But he wasn’t the only major star in this episode of the popular '90s sitcom because Tori Spelling also made an appearance.

Matthew McConaughey has been pretty successful in films like “Dallas Buyers Club” and “Interstellar.” He even appeared on the TV series “True Detective.” But he also played Larry, an ex-marine who suffered a horrible fate on an episode of “Unsolved Mysteries.”

We all look at Ellen Pompeo and think that’s Doctor Meredith Grey from “Grey’s Anatomy!” But in the final season of “Friends,” Pompeo played Missy Goldberg, who was Chandler and Ross’s old college crush.

We may know her as Annalise Keating on “How to Get Away With Murder,” but long before she starred on the popular Shonda Rhimes series, Davis did a stint as a cop in the 2001 film “Kate & Leopold” which starred Hugh Jackman and Meg Ryan.

Hilary Swank fans remember her for films like “Boys Don’t Cry,” and the tearjerker film “P.S. I Love You.” But she was also a regular on “Beverly Hills 90210," and played Carly Reynolds for 13 episodes before she got canned from the show.

Miley Cyrus is synonymous with her popular Disney series “Hannah Montana” and, of course, her illustrious music career. But back in 2003, she appeared in Tim Burton’s “Big Fish,” marking the start of her film career. It was, however, such a small role that most people might have missed her.

James Marsden on “The Nanny”

One of James Marsden’s earliest roles was on the sitcom “The Nanny.” In the Fran Drescher led series, Marsden played Eddie, the boyfriend of Margaret Sheffield. Unfortunately, he was only in a handful of episodes. He later showed off his singing skills in a 2002 episode of the series "Ally McBeal."

Before Rose let go of Leonardo DiCaprio at the end of the 1996 film “Titanic,” DiCaprio was on the 1990 TV series “Parenthood," which was based off of the 1989 film of the same name. His character, Garry, was originally played by Joaquin Phoenix in the movie.

Before Jennifer Aniston became Rachel Green on “Friends,” she took on the role of Jeannie Bueller on the TV series “Ferris Bueller.” The show was a TV version of the 1986 movie “Ferris Bueller’s Day Off,” but the series was canceled after just 13 episodes.

Anne Hathaway on “Get Real”

Award-winning actress Anne Hathaway has graced us with her presence in films like “The Princess Diaries” and “The Devil Wears Prada.” But she also appeared as a star of the series “Get Real,” which premiered in 1999 and aired on the Fox channel. Unfortunately, the series was canceled after one season.

Jake Gyllenhaal on “Homicide: Life on the Street”

Before Jake Gyllenhaal went brokeback in “Brokeback Mountain,” he played the son of Robin Williams in a single episode of "Homicide: Life on the Street” way back in 1994. And he’s certainly come a long way since then, having earned an Academy Award nomination in 2005 and winning a BAFTA that same year.

Before Kevin Hart took on roles in films like “Central Intelligence” or "Jumanji: Welcome to the Jungle” and its sequel “Jumanji: The Next Level,” Hart played Luke, a recurring character on the Judd Apatow created 2001 sitcom series “Undeclared," which was only on the air for 17 episodes.

Mila Kunis in “Days of Our Lives”

Ukrainian-American actress Mila Kunis gained fame for her role on “That ‘70s Show” and went on to appear in films like “Friends with Benefits.” But her humble beginnings included a one-episode appearance on the soap opera “Days of Our Lives" when she was just 10 years old.

When people hear the name Julia Roberts, the first thing that comes to mind is her popular role alongside Richard Gere in “Pretty Woman.” But most fans don’t know that Roberts appeared in an episode of “Miami Vice” way back in 1988.

What would films like “Meet the Fockers” and “Zoolander” have been without the comedic talent of Ben Stiller? But back in the day, he was just an up-and-coming actor who was trying to make a name for himself. And one of his many small roles included a one-episode appearance on the sitcom “Kate & Allie.”

George Clooney on “The Golden Girls”

George Clooney earned his heartthrob status when he starred on the popular medical drama “ER” for five seasons. Then he went on to star in blockbuster films like “Ocean’s Eleven.” But before he played a doctor, he appeared as a detective on an episode of “The Golden Girls” back in 1987.

Dwayne Johnson, aka The Rock, went from being a WWE wrestler to becoming a full-fledged actor. But how many of his fans remember him for playing his real-life dad Rocky Johnson on an episode of the sitcom “That ‘70s Show” in 1999?

Chilean-American actor Pedro Pascal is best known for his roles in shows like “Narcos” and the film “Wonder Woman 1984.” But in the season four premiere of “Buffy the Vampire Slayer,” Pascal played a college freshman who befriended Buffy but later got turned into a vampire.