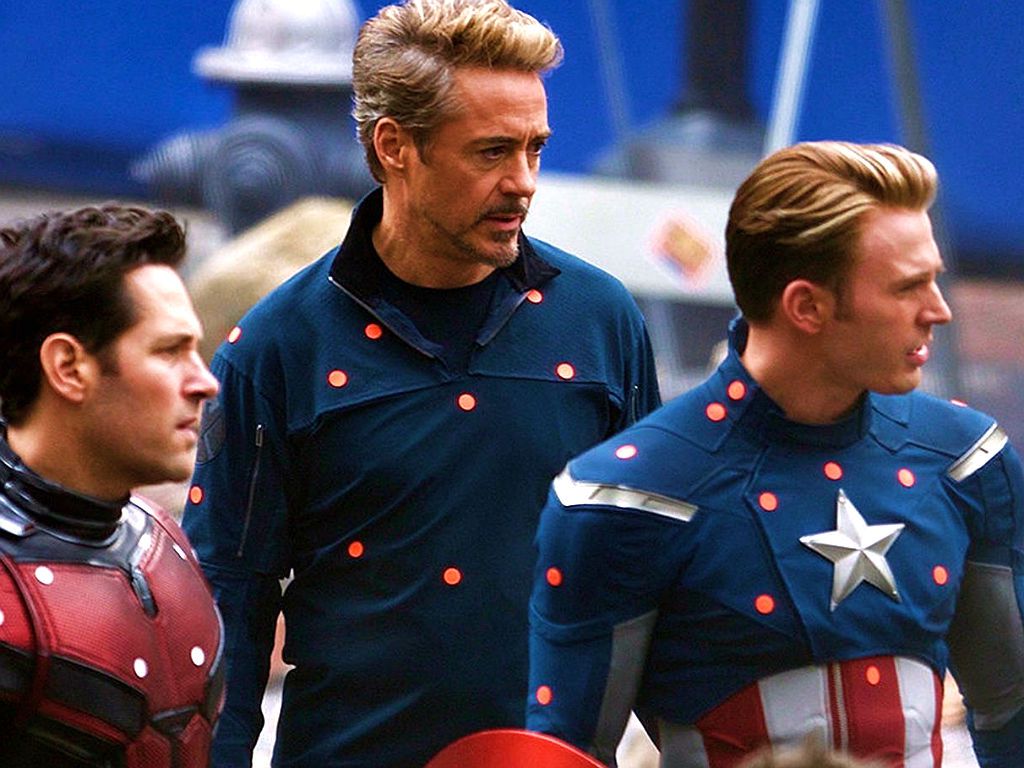 Behind every action movie is a team of talented and dedicated crew members who transform what is actually filmed into what we see on screen. These epic scenes were made possible with the use of CGI, motion capture, green screen technology and sheer creativity.

“Avengers: Endgame” was the biggest film of 2019, earning more than $2 billion at the box office and snatching the record of highest-grossing movie of all time. The film featured larger-than-life battle sequences and most of these exciting moments were filmed in front of green screens.

During the filming of this fight scene, Thano’s army was much smaller than it appeared in the film. The actors on the Avengers side were running towards just six men in motion capture suits in a completely green screened room, so they at least knew where to look during filming.

James Cameron’s 2009 science-fiction epic “Avatar” held the title of the highest-grossing film of all time for ten years and its lasting impact on culture has since spawned many other creative projects including theme park attractions, stage shows and plans for 4 sequel films.

To create the realistic alien world depicted in the smash hit “Avatar,” director James Cameron needed to develop special performance capture camera equipment. The actors were able to portray the aliens not by applying makeup or prosthetics, but by simply acting out their scenes using this new motion capture technique.

In “Avengers: Endgame,” the Marvel heroes finally defeat Thanos. Although any surviving Avenger would be proud of that accomplishment, none would be happier than Drax the Destroyer. Drax actor Dave Bautista mentioned The Destroyer’s motivation saying, “I think he’s going to be a little unsatisfied he didn’t kill Thanos himself.”

Although actor Dave Bautista is a former wrestler, martial artist and bodybuilder, not all of the fighting scenes in ‘Endgame’ were what they seemed. In this instance, Drax was actually stabbing what is basically a giant punching bag, which is held up for the actor by a crew member covered in green.

“The Matrix” is an example of the cyberpunk subgenera of science fiction. It depicts a dystopian future where humanity is trapped in a simulated reality and computer programmer Neo, played by Keanu Reeves, leads a rebellion against the machines keeping humanity trapped. The role of Neo was originally pitched to Will Smith, who turned it down.

‘The Matrix’ During Filming

The writers of “The Matrix” were heavily influenced by Japanese animation and martial arts films. The use of fight choreographers and “wire fu” techniques borrowed from Hong Kong action cinema later influenced a wide range of Hollywood action films. “The Matrix” also popularized the visual effect known as “bullet time,” where a shot progresses in slow-motion while characters appear to move at normal speed.

The story of “Captain America” follows Steve Rogers, a sickly man from Brooklyn who is transformed into battle-ready soldier Captain America during World War II. The film was Captain America’s first appearance in the Marvel cinematic universe and lead to two sequels for the character.

Some stunts that seem super-human on film aren’t exactly as they appear. Chris Evans wasn’t in much danger filming this overhead shot and he didn’t have to venture into the cold either. Some times the most action packed moments come from relatively boring film days.

“The Walk” recounts the life of high-wire artist Philippe Petit and focuses on his high-wire walk between the Twin Towers of the World Trade Center in 1974. The performer walked across the rope 1,368 feet in the air between the two buildings eight times and only got off when it started to rain.

‘The Walk’ During Filming

Although actor Joseph Gordon-Levitt had no high-wire experience, he trained in wire walking throughout the shoot and was able to walk across a wire 12 feet off the ground. But, in most shots, Gordon-Levitt is closer to the ground or a stunt double was used. All of the wire walking scenes were filmed indoors on a soundstage.

The most powerful moment in ‘Endgame’ is during the Avengers’ battle when Tony Stark selflessly uses the Infinity Gauntlet to snap Thanos out of existence. But of course, he had to sacrifice himself in the process. Writer Christopher Markus explained the moment saying, "Dying was the last thing [Tony Stark] needed to do to become a fully-realized hero.”

Here's what the final snap looked like while being recorded on playback monitors. Robert Downey Jr. filmed this scene in a room covered with green screens and with his hand surprisingly bare. The entirety of the Infinity Gauntlet and all of the effects that produced from it were digitally added after filming.

‘The Wolf of Wall Street’

“The Wolf of Wall Street” is a comedy about fraud and corruption on Wall Street and includes plenty of shots of wealthy folks in luxurious locals. These characters also feel free to let loose, earning the film the record of the most instances of swearing in a motion picture. The same "f-word expletive" is heard 506 times in this film, averaging 2.81 times per minute.

‘Wolf of Wall Street’ During Filming

Filming a movie may seem to include incredible trips to lavish locations, but that’s not always the case. With most of filming being done in and around New York, many scenes in “The Wolf of Wall Street” were filmed indoors using a green screen, with the beautiful scenery being added in later.

“Life of Pi” follows the story of an Indian man named Pi who finds himself shipwrecked and lands in a lifeboat adrift in the Pacific Ocean with a Bengal tiger.  The story centers around the relationship between the two and the difficulties of surviving that situation.

‘Life of Pi’ During Filming

Thankfully, the tiger was added into the movie entirely in post-production by a team who had also animated the lion Aslan in “The Chronicles of Narnia” film. The ocean shots were filmed in a wave tank created for this film in an abandoned airport. The tank is the world’s largest self-generating wave tank, with a capacity of 1.7 million gallons.

The first film in “The Hunger Games” series featured an incredible cast of actors including Jennifer Lawrence and Josh Hutcherson. The dystopian science-fiction adventure took place in a post-apocalyptic society, where despite technological advances, young people are made to compete with each other in an elaborate televised fight to the death.

‘The Hunger Games’ During Filming

When the futuristic technology is stripped away and props are nothing but flat green surfaces, it is a miracle than any actor can believably pull off a realistic performance. “The Hunger Games” had many flourishing sets and incredible moments, but it is likely that most of the things that caught your eye in the film were computer generated.

Although filming of “The Hobbit” series was rushed and a change of director from Guillermo del Toro to Peter Jackson caused stalls in development, the fantasy stories from author J. R. R. Tolkien came to life beautifully on the screen. The filming took place in New Zealand, but the film seems otherworldly in every way.

‘The Hobbit’ During Filming

To achieve the beauty of the world around them, for the most part, green screens were used. Natural lighting was achieved by large lanterns, not sunlight and wind was produced by fans. Some scenes were filmed in the beauty of New Zealand’s natural spaces, but most fantasy elements were added in post-production.

Monster movies weren’t very popular in the 50s’, but this early iteration of the genre soon became a cult classic. While scouting locations for the films, police overheard the crew discussing the plot of the film, which involved the destruction of several buildings. This nearly caused them to be arrested before they showed the police their business cards, proving they worked in the film industry.

The 1954 version of “Godzilla” revolutionized special effects in film at the time. The miniature city destroyed by Godzilla took over 30 carpenters a month to build and the camera angles used to give a realistic look to the set had never been seen at that time. These techniques changed the way special effects are filmed to this day.

A remake of the 1933 film of the same name, “King Kong” was praised for its special effects and won Best Visual Effects at the Oscars that year. During production, “King Kong” set the record for the highest budget for a film of all time at a record $207 million. The film was a success that went on to make over $550 million at the box office.

Special focus was put onto Kong’s movements in the film so he would not look like a gorilla doing human movements, but an actual gorilla. Teams of specialists studied hours of gorilla footage to get the movements right. As for the actors alongside Kong, like leading lady Naomi Watts, special focus was put on delivering emotion despite being surrounded by motion capture devices.