Camila Villafane
What Has Been Revealed About the Old Man from “Pawn Stars” Since His Death March 1, 2021Leave a comment 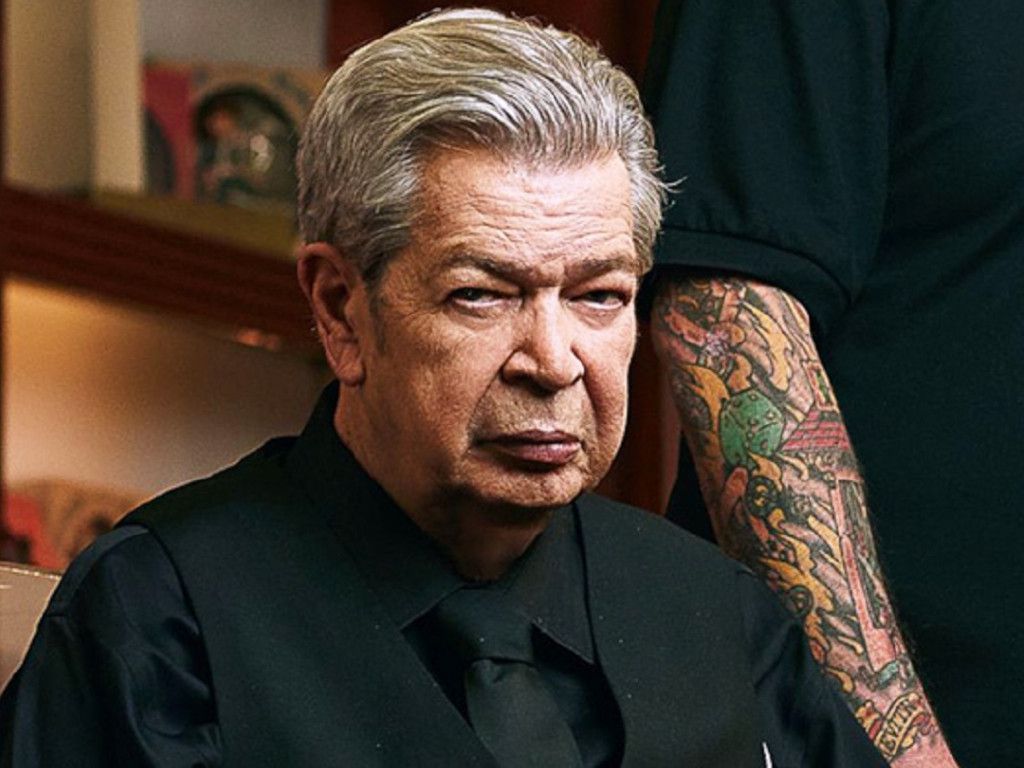 Richard Harrison was considered one of the bests in the pawn shop industry. He was also the founder of his own pawn shop, which has been heavily featured on the reality series, “Pawn Stars.” But viewers were left speechless when they discovered that Harrison had left one of his kids out of the will and the reason behind this decision was even more confusing.

He Was in the Navy

Richard Harrison didn’t come from a rich family. In fact, his family was dirt poor, which forced him to get involved in some petty crimes growing up. Then one day, he got caught stealing a car. To avoid going to prison, he enlisted in the Navy and served for 20 years. He eventually earned the rank of Petty Officer, First Class. But once his Navy career was over, he found himself strapped for cash.

He Had His Ups and Downs

While Harrison was still in the Navy, he married JoAnne Rhue, who ran a small business. The couple eventually had three sons. But right before Harrison left the Navy, Rhue’s business had taken a dive. So, in an effort to keep his family afloat, he decided that moving to a city with bigger opportunities would be in everyone’s best interest.

He Started a Business

Harrison’s family relocated to Las Vegas, Nevada. There, they rented a 300-square-meter space to sell gold and silver coins. Eventually, he turned the business into a pawn shop called Gold & Silver, and the business picked up fairly quick. But he needed help, so he turned to Rick, his oldest son.

It Was a Father-Son Team

The bond between Harrison and his son Rick grew as fast as their family business. In the process, Rick developed some great negotiating skills from his dad. This became a common practice in real life and on the show. But how was the show conceived of in the first place?

“Pawn Stars” focuses on the family-owned pawn shop. But the concept of the series started when two History channel producers walked into the store. After learning about the business and the family who runs it, they offered Harrison and his son Rick the chance to star in their own reality show.

The Secret Was Family

The key to the success of both the business and the show was family. This provided a more relatable experience to audiences both in the United States and abroad. Eventually, the show earned the ranking of 2nd most popular reality show in the states. But Harrison and Rick often relied on other experts for help, too.

They Used Other Experts

While Harrison and Rick considered themselves pretty savvy in the business, they weren’t too proud to rely on experts like Mark Allen, Joe Amoroso and Brenda Andersen, all of whom made guests appearance to determine the value of certain items. But Harrison’s other sons weren’t as highly involved in the family business.

Their Bond Was Unbreakable

Over the years, Harrison and Rick not only introduced audiences to some incredible items, but also showed audiences how powerful the bond between father and son had become. Unfortunately, the bond Harrison had with Rick wasn’t as powerful with his other kids.

His Dad Was His Hero

As far as Rick was concerned, Harrison wasn’t just his dad. He was also his hero. Not only did they share the same DNA, but they also helped build a business and a trademark together. But all good things must come to an end and for Harrison, his ending was a tragic one.

On June 25, 2018, Harrison passed away after years of struggling with Parkinson’s disease. This left his son Rick and fans of the show completely devastated. But there was one last thing that Harrison had done before he left this world that had some serious repercussions for one family member.

His Children Gathered to Discuss the Will

Rick and his siblings walked into the lawyer’s office to talk about Harrison’s will. Now usually, a family member leaves a will and testament to let their living relatives know how their money and property should be divided. But one family member was about to get gutted by Harrison from beyond the grave.

Someone Had Been Left Out

When the lawyer reviewed the will with the family, they discovered that one of their own had been intentionally left out. According to the will, Harrison wrote: “I would like to express my love and affection for Christopher Keith Harrison; however for purposes of this Will, I have intentionally and with full knowledge failed to provide for him and his issue.” Why did Harrison deny his youngest son the family fortune?

It Wasn’t Much of a Surprise

Although most fans were shocked that Harrison had done this, the Harrisons were not. The family had shared that this situation had been talked about while Harrison was still alive. But did he do this to Christopher because he had refused to be part of the family business?

He Still Loved His Youngest Son

The will did clarify one thing: “I would like to express my love and affection for Christopher Keith Harrison.” Despite this, no one in the family—not Rick nor his son Corey— wanted to share why. But some believe that it was the result of Christopher’s lack of interest in the business.

Rick, however, did share his feelings about his dad in a post on social media. “He was my hero and I was fortunate to get a very cool ‘Old Man’ as my dad. That I got to share him with so many others and they got to see what a great family man he was is something I am grateful to have experienced with him.” But whose side were fans on— Harrison's or Christopher's?

They Needed a Break

After Harrison’s passing, the show went on hiatus to give the family time to grieve. Eventually, “Pawn Stars” resumed with Rick at the helm and as of 2021, the show is in its 18th season and still highly successful.

The cast of “Pawn Stars” has become a huge part of pop culture which has helped to maintain the show’s success. Rick and some of his brothers have become icons on camera and on social media. But one member of the team isn’t even blood related, and yet, he raked in the dough over the years...

Rick’s son Corey, has a childhood friend named Austin Russell. But everyone calls him Chumlee, and he benefited greatly from his appearances on the show. But after Harrison’s passing, he decided to sell his Las Vegas party home for $1,383,700. As far as what he’ll do with all that money is anyone’s guess. But he did learn one thing from Harrison.

Chumlee learned the importance of finding someone to share his life with from Harrison. So, in August 2019, he married his girlfriend Olivia in Las Vegas, and Harrison was undoubtedly there in spirit to cheer him on. But fans were worried that the show might fall apart without Harrison.

Harrison had been the peacemaker between Corey and Chumlee. But despite a couple of arguments here and there, they grew up together and were as tight as brothers. So, their friendship is showing no signs of fizzling out and neither is “Pawn Shop.”

The Show Will Go On and On

Despite the patriarch’s passing, the show’s success has brought the family business more opportunities and fans are loving the series. So, for now, it seems as though the family will continue to make new episodes as long as the ratings hold. But they’re also branching out.

It turns out that antiques aren’t the only thing this family’s interested in. Rick is the proud owner of a restaurant called Rick’s Rolling Smoke BBQ and Tavern. As for Chumlee, he has opened up a store called Candy on the Blvd., and as the name suggests, it’s a candy store.

Before the pandemic hit, they had discussed doing episodes for the series abroad. “It’s confirmed, and each year we try to switch it up a bit,” Rick explained. “We’ll be traveling around the world, looking for items of interest.” But whether they’re at home or abroad, the stories they bring each week continue to fuel the show.

“Pawn Stars” growing fame has pushed the success of the family’s pawn shop business further than Harrison could have imagined when he was alive. And as far as the Harrisons are concerned, there are no plans to close their doors any time soon.