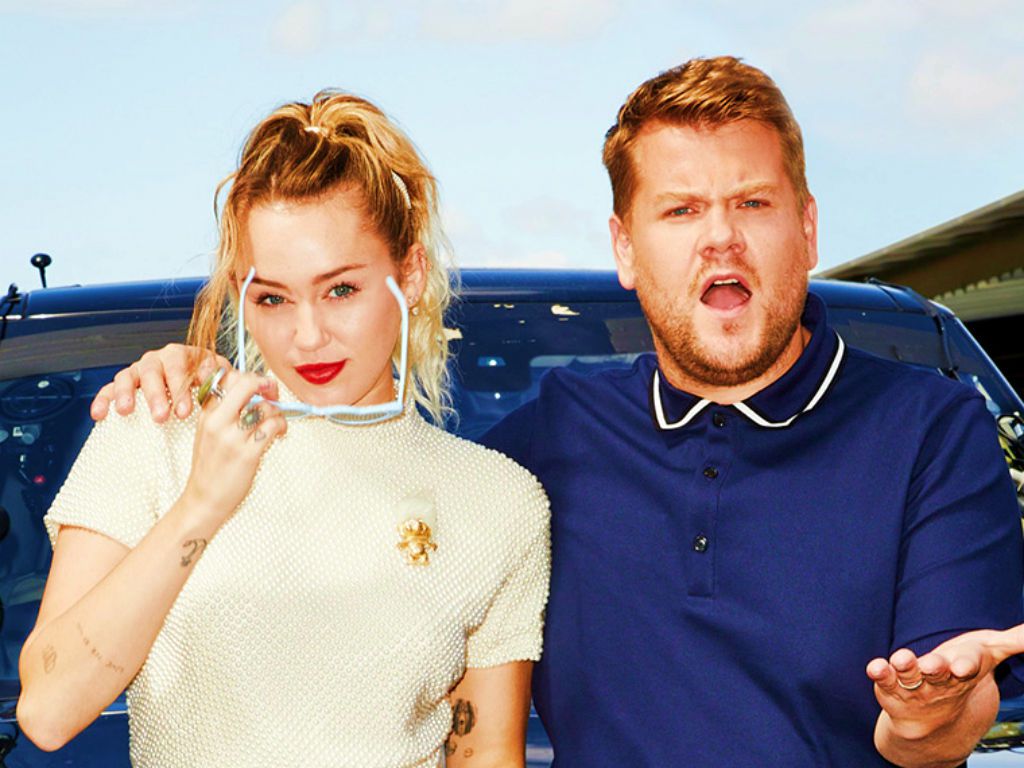 We all love the 'Carpool Karaoke' segment on The Late Late Show with James Corden. It's fun, it makes you love your favorite singers and celebrities so much more and sometimes the songs get stuck in your head. Here are a few of our favorites and the best carpool karaoke guests we've seen so far.

The diva herself Mariah Carey appeared on one of the first Carpool Karaokes to sing song of her great songs. Mariah tries to use an English accent on him and they both try New York and southern accents. Mariah barely sings because she claims she was up all night but the funny conversation is worth watching alone.

After the release of her album Joanne, Lady Gaga appeared in the passenger seat to sing some of her hits and favorites with James Corden. She and James reenact the phone call she received when they asked her to perform the Super Bowl Halftime show. Lady Gaga even takes the wheel because she just got her drivers license.

Harry already appeared on carpool karaoke with One Direction but after his solo album dropped he was welcomed back again. The two sang Harry's hit "Sign of the Times," along with some other fun songs. It's a very fun one, the two swap shirts, try on other crazy outfits, and share a Titanic moment be reenacting one of the scenes in the car.

Back when President Obama was still in office, James Corden headed to the White House to for a tour but ends up picking up the First Lady Michelle Obama and sing some karaoke as she gives him a tour of the grounds. They sing Stevie Wonder's "Signed, Sealed, Delivered," a few other favorites, and even her own song "This is for My Girls." Missy Elliot makes a surprise appearance to sing her verse on "This is for My Girls," along with a few other Missy Eillot favorites.

After the single "Hello" was released, Adele joins James Corden to sing some of her hits and she even raps to the Nicki Minaj verse of "Monster." She talks about how friendly she is with fans when she's drunk - even paying for meals and offering free tickets - and her love of the Spice Girls, even singing "Wannabe" together.

On a rainy day in Los Angeles, Sir Elton John joins James to sing some of his favorite tunes and classics. They both take out some feather boas to sing "Crocodile Rock," and talk about how he and Bernie Taupin came up with "Your Song," his life, and his excitement about his latest album. James even dresses up as a lion to sing "Circle of Life."

The illusive songstress Sia hops in the carpool seat to sing some of her songs. Do we ever see her face? Nope, she is in her classic black and white wig the whole time that James even joins and wears one with her. She discusses why she chooses to wear the wig and keeps an air of privacy in front of cameras.

Bruno Mars takes the ride to promote his latest album 24K Magic and sing some of his hits and new singles. James also proves that Bruno can wear any hat while he cannot and Bruno discusses how his childhood love of Elvis got him into music.

Rod Stewart joins James Corden and sings some of his classic hits, talk trashing hotel rooms, the overall rockstar life and how he assembles his iconic hairstyle. Then A$AP Rocky joins the two of them to sing his song "Everyday" where he samples Rod Stewart's song and then disappears.

Demi Lovato and Nick Jonas appeared on the segment a few years back, Nick before doing it with his brothers this year. The two are good friends, actually celebrating their tenth year of friendship that year, and sang songs of both of theirs in the car with James. They even sang a song by Joe Jonas's band DNCE, "Cake by the Ocean."

Stevie Wonder joins James to sing some of his classics. The two start off super fun making jokes about how Stevie can't drive because he "left his license at home." Stevie impressively belts out all his songs and uses his harmonica for some, too. Stevie even calls James' wife to sing to her but not before teasing her by using an impressive English accent.

Paul McCartney's carpool karaoke is a very different, special one. The two drive around Liverpool and Paul reminisces about growing up there, they even make some stops - like at a barber shop - to say hi to people. The two of them sing a variety of Beatles and Paul McCartney songs. James also asks him a bunch of fun questions like what was Paul's first song that he ever written and how he wrote "Let it Be."

In anticipation for James Corden hosting the Tony's Lin-Manuel Miranda joins him to navigate around the Upper West Side of Manhattan. The two are joined by some other fun singers Audra McDonald, Jesse Tyler Ferguson and Jane Krakowski. They sing some Broadway hits including some from Hamilton, RENT, and more.

Gwen Stefani made an appearance back in 2016 when she released her latest album This is What the Truth Feels Like. They sang some favorites like "Sweet Escape," No Doubt's "Don't Speak," and some new favorites. The two of them also picked up some friends - George Clooney and Julia Roberts - and the four of them sang "Hollaback Girl" and "We are the Champions" by Queen.

Cardi B has a lot of fun in the passenger seat, rapping "Bodak Yellow" out the window to people passing by, she even yells to a group of kids to "stay in school" and "buy her album." James also gives her a driver's test because she doesn't haver license and well, she doesn't do the best but it is very fun to watch. They end the segment by having Cardi B perform at a senior citizen's activity center in Culver City.

Jenny from the block takes the passenger seat to sing some of her favorite songs of her own and others like Bruno Mars' "Locked out of Heaven." James asks her about some hard hitting questions like if she insured her butt, what her cutoff is for dating men, and how many proposals she's had.

After the Jonas Brothers reunited earlier this year they were in promo mode for their tour and new album so they stopped by James Corden to do some carpool karaoke. It was essentially their first performance back. They sang their new song "Sucker," along with their classic "Burning Up," some other favorites, and just chatted about getting back together.

Ariana Grande hopped into the passenger seat to belt out all of her hits and some favorites like "Suddenly Seymour" from the Little Shop of Horrors musical. She also does a great impression of Celine Dion, they make a pit stop for Starbucks (of course she gets a grande!) and James Corden carries her on his back.

There have been some double appearances of people that were in groups and then went solo, but Justin Bieber is the only solo singer that has appeared by himself twice. Both appearances are great but the second one is more fun because they make a pit stop so Justin can take James on a shopping spree. They also deal with several paparazzi and sing some new songs they didn't sing in the first.

Britney Spears appeared in the Carpool Karaoke segment back in 2016 to sing a few of her classics and talk about her life. James even asks her the hard hitting questions "What is 'Oops I Did It Again' about?" turns out - nothing, it's just a song. The two even dress up in Britney's classic school girl outfit to sing "Baby One More Time."

The Queen of Pop Madonna helps James Corden navigate New York City and sing some of her classic hits and new favorites. The two start off with "Vogue" and Madonna goes all out with the car dancing, even lifting her leg to the roof and James joins in. They even sing a song "Don't Cry for Me Argentina" a cappella from the musical Madonna starred in called Evita.

Miley popped into the carpool in 2017 when her album Younger Now was released. The two sing a few of her hits like "Wrecking Ball" and "Party in the USA." They talk about how bad of a driver Miley is, her crazy tongue, and how high she gets. She also talked about how all of the gossip over her VMA performance lead her to become more of an activist today.

Sam Smith joined James Corden in one episode to sing a few of his sad ballads. They talk about the Oscars, meeting famous celebrities, and how hot Ryan Gosling is. Sam confesses how obsessed he is with Fifth Harmony so the girls surprise him and they sing "Work from Home" together.

Christina Aguilera joined James to sing a few of her hits like "Fighter" and "Genie in a Bottle." Melissa McCarthy hops on to nail the Redman rap in "Dirrty." James asks Christina some fun questions like if he's ever hooked up with Justin Timberlake, and Christina tries to teach them both how to be divas with bedazzled pink microphones.

When James Corden saw that he had a boot on his car he called none other than Barbara Streisand to give him a lift to work. They sing all of her hits and she confesses that she failed the written exam of the driving test three times recently and that she called Steve Jobs once when she was having trouble with her computer.