Don’t Spend Enough Time on Your Phone? Check Out the Best Mobile Strategy Games Ever 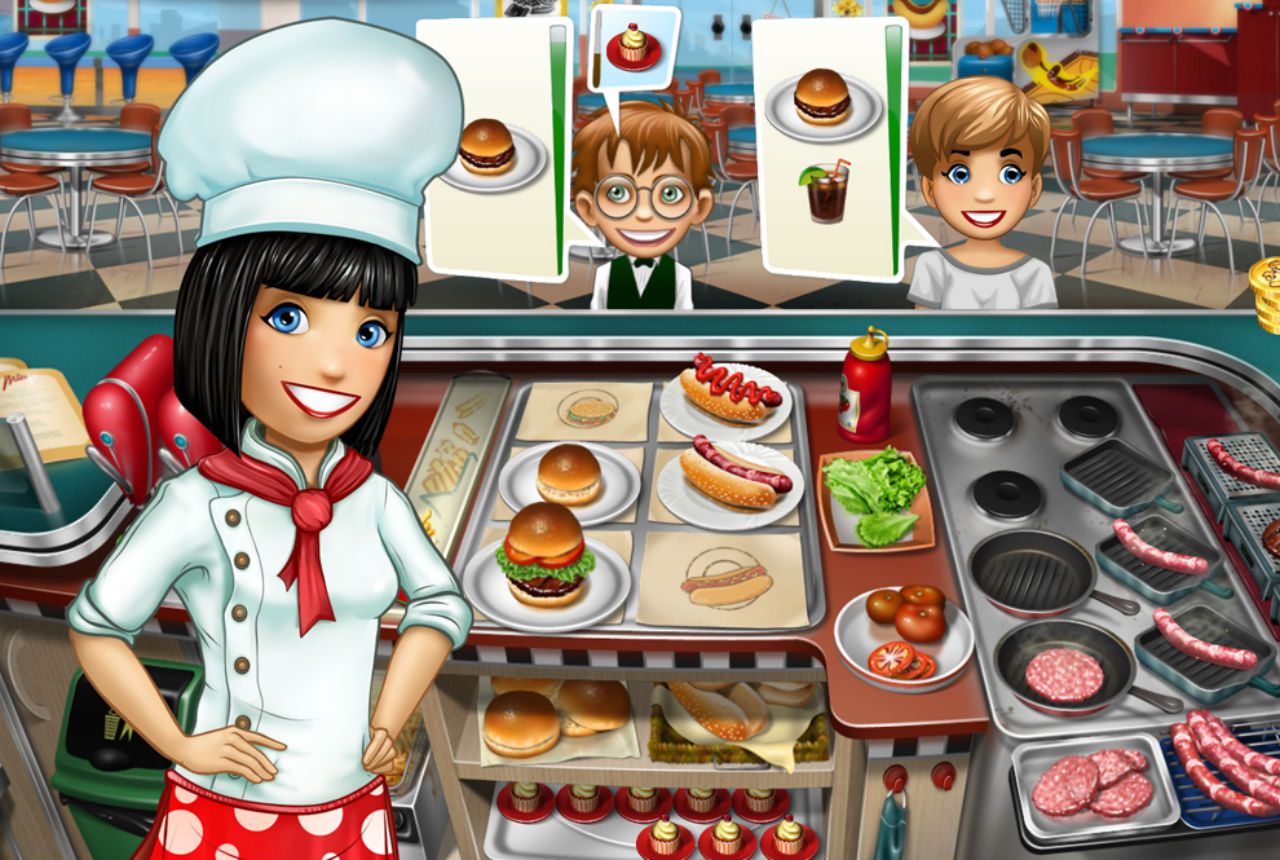 First-person shooters? Headshot those suckers. Casual money-suckers? "Candy Crush" 'em up. Because you're a real gamer. And when you wanna play on your mobile device, you want that real, hardcore stuff. In other words, you want the best mobile strategy games ever made. And you want to win.  So here's where to start...

"Lost Frontier" offers classic, turn-based, characters-on-a-grid combat in a delightfully wonky Western world. It's equal parts steampunk and supernatural fantasy. And it's a game in which you'll find yourself happily lost.

[dx_custom_adunit desktop_id="RTK_K67O" mobile_id="RTK_5yk0"] "Rymdkapsel" offers one of the most peaceful strategy options available. Rendered in a beautiful, minimalist color scheme, the game asks you to manage resources and plan attacks to conquer the edges of outer space.

The macro-strategy of "Evoland 2" is this: Find out what kind of game genre you'll hop into next. In addition to its more standard turn-based RPG elements, the game blends different styles into the narrative. As you play heroes Kuro and Fina, you'll jump into an 8-bit sidescroller one moment and a "Street Fighter"-style fighter the next.

"The Banner Saga" is one of the most beautiful games you'll ever download on your phone. It has a melancholy, morose and engrossing narrative too. Battles and resource management become increasingly difficult, with effects on the story irreversible.

[dx_custom_adunit desktop_id="RTK_K67O" mobile_id="RTK_5yk0"] If you want to dive into the strategy genre headfirst, you'd best respect the classics. "XCOM: Enemy Unknown" soft-reboots the classic '90s franchise, expanding on its addictive gameplay and statistical depth. The game won multiple awards the year of its release, including best strategy game from IGN and game of the year from Kotaku.

Do you like tower defense games but wish they were weirder and had more cats? In "The Battle Cats," you choose various cats with various abilities to protect a base against various enemies. The mechanics are surprisingly deep, and the aesthetics are satisfyingly bonkers.

Know anyone who criticizes mobile games for being too casual or short? Invite them to a game of "Subterfuge," an underwater quest for Neptunium. A single round takes a week, sometimes longer. The game encourages you to send your opponents in-game messages of diplomacy and friendliness. At least until the game's titular element comes into play.

[dx_custom_adunit desktop_id="RTK_K67O" mobile_id="RTK_5yk0"] What if "Harvest Moon," but on your phone and in many ways better? You're picturing "Stardew Valley," friend. And you're ready for a delightful, charming and quaint farm sim full of simple pleasures that come from living off the land. If only real-life dating was as easy as "Stardew Valley" dating.

Boasting beautiful drawings and a unique storybook presentation, "Six Ages: Ride Like The Wind" is the perfect game for a fantasy junkie who's already mainlined the classics. You lead and manage a clan, making the best decisions for your family unit. And, as the game's website promises, "raiding your neighbors' cows."

Originally released in 2004, "Rome: Total War" became a strategy classic with a fervent fanbase. Gamers adored its combination of real-time battles and turn-based diplomatic missions. Plus, players get to reenact actual ancient Roman battles. Feral Interactive adapted the game for mobile devices in 2016, losing none of its luster in the process.

[dx_custom_adunit desktop_id="RTK_K67O" mobile_id="RTK_5yk0"] 'RollerCoaster Tycoon' is the classic game in which you're tasked with creating and managing the perfect amusement park, taking into consideration finances, hospitality and – just kidding, it's the game where you make vertical loops that fly into oblivion and blow up all your customers. Get your nostalgia on in the mobile version.

We're in a golden age of spiritual sequels inspired by classics that arguably improve on the classics. "Project Highrise" takes the idea behind "SimTower" – construct yourself the best-run skyscraper possible – and runs with it. Critics praised the mobile game for balancing accessibility with depth.

If "Project Highrise" is a "SimTower" redux, then "Pocket City" is a "SimCity" redux. Yes, there's an official "SimCity" mobile game. But we prefer this city-planning resource-management game because of its lack of microtransactions.

[dx_custom_adunit desktop_id="RTK_K67O" mobile_id="RTK_5yk0"] Ever play the board game "Pandemic" and wished it was even scarier? Check out "Plague Inc.," the mobile strategy game in which your objective is to end life on Earth as efficiently as possible. With grimly procedural detail, you create and unleash a new plague, twisting humanity's defenses against themselves.

"Pirates Outlaws" combines the intellectual stimulation of deep, card-building gameplay with the visceral thrills of pirates attacking the heck out of each other. The game's art style is striking, and its roguelike elements keep each round unpredictable.

Boasting copious amounts of style, 'Out There' pleases the eye with a curious color scheme. This serves as an antitode to the game's melancholy sense of solitude. You play as a solo astronaut trying to find resources to bring back to Earth. And what happens when you find other creatures out there? That's up to you, space traveler...

[dx_custom_adunit desktop_id="RTK_K67O" mobile_id="RTK_5yk0"] If you're looking for a slice of classic medieval tower defense, "Kingdom Rush" wears the crown. It's simple and deep, with an aesthetic that pleases both hard fantasy lovers and fans of cutesy stuff.

Starting as a "World of Warcraft" spinoff, "Hearthstone" has transitioned into something more. If you're in any way interested in card-based strategy games, how are you not already playing Hearthstone? Download it today and maybe you can make some cash in a competitive esports league.

Have you been enjoying other Nintendo mobile games like "Super Mario Run" or "Animal Crossing: Pocket Camp" but wished they were more in-depth? Download "Fire Emblem Heroes" and get into that JRPG mojo with all the Nintendo bells and whistles you'd expect from the gaming behemoth.

[dx_custom_adunit desktop_id="RTK_K67O" mobile_id="RTK_5yk0"] As its name suggests, "Darkest Dungeon" is spooky, gnarly, violent and dim. It's the perfect dungeon crawler for fans of horror and those nostalgic for that early '00s industrial rock aesthetic. Plus, you have to maintain your characters' stress levels or they'll start wigging out. Metal aesthetics and mental health awareness? Sign us up.

Don't let the friendly character designs fool you; "Cooking Fever" is an inherently stressful experience. But, like, in a fun way. Your task seems easy enough: Manage a great restaurant! But as anyone who's ever worked in food service knows, giving customers and employees what they want isn't easy. And this game will test the appetite of strategy foodies worldwide.

Playing Sid Meier's "Civilization" games is the closest you can get to being – how should we phrase this? – literally God. You start a civilization and take care of it through thousands of years of history. There have been six main "Civ" games since 1991, and each one's somehow more perfect than the last.

[dx_custom_adunit desktop_id="RTK_K67O" mobile_id="RTK_5yk0"] "Chaos Reborn: Adventures" takes its cue from the oldest turn-based strategy game of all: chess. If your team destroys the other team's wizard, they lose automatically. But unlike a king in chess, this wizard is quite powerful. So the battles in this game are exciting and dramatic.

A quick glossary: "Bloons" means balloons. "TD" means tower defense. And "6" means it's the sixth installment. Got it? Download "Bloons TD 6" on your mobile device for a joyous, candy-coated strategy game.

'The Battle of Polytopia'

Duke it out with your friends in a classic 4X strategy conquest (the four X's being explore, expand, exploit and exterminate). "The Battle of Polytopia" is like if "Risk" was based less on luck and more on the thrill of strategy. And if any game can make strategizing the management of resources fun, we're all for it.