The Best ‘When the Video Doesn’t Match the Song’ Videos

Greg Smith
The Best ‘When the Video Doesn’t Match the Song’ Videos January 31, 2019 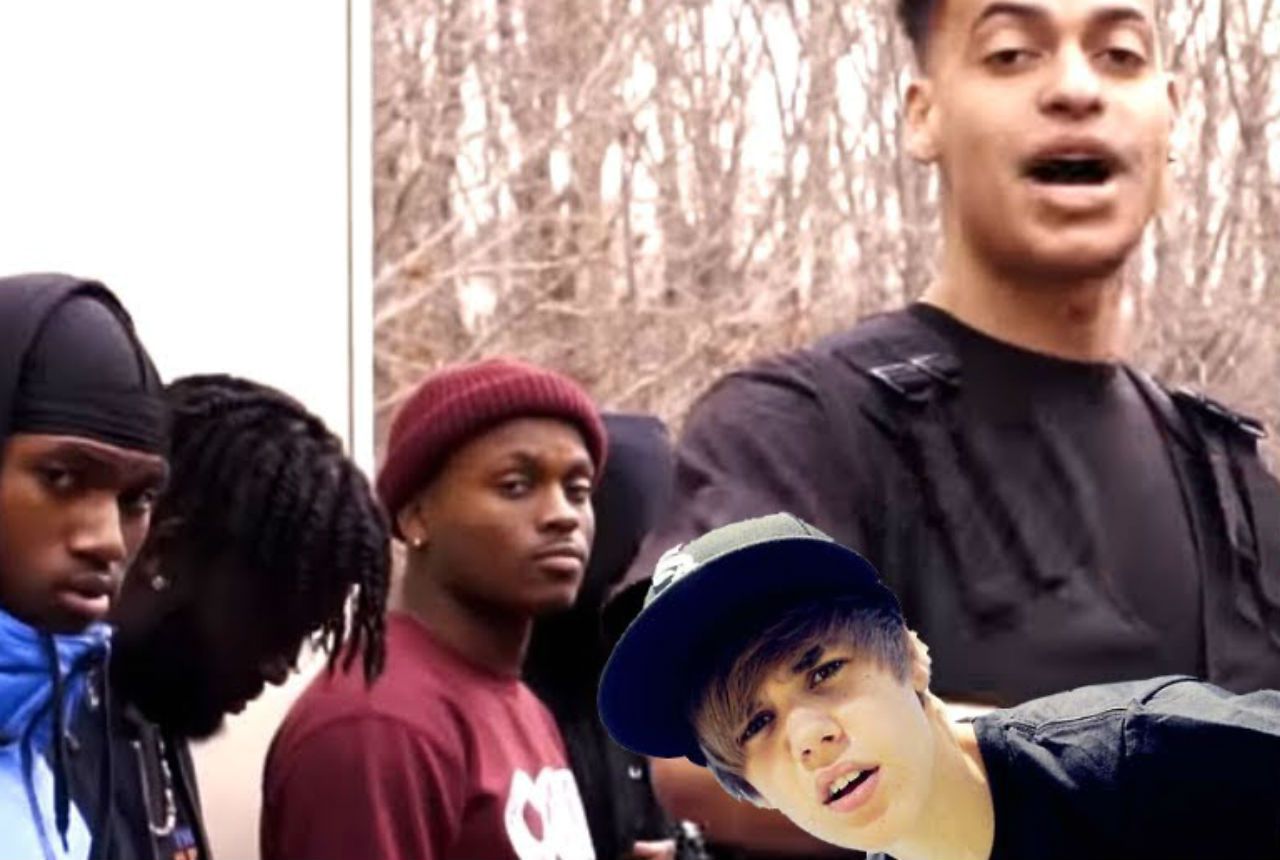 Picture the hardest rap song you can think of. What might its video look like? Would it be tough, raw, and intense? Now, what if you took those same visuals and, instead, put the corniest, sweetest, dumbest bubblegum pop song you could think of? Why, you'd know what it's like when the music video doesn't match the song.

This is the original video, made by Internet comedy and content collective loveliveserve. Big Time Rush's "Boyfriend" provides big time laughs as the crew juxtaposes it with trap video tropes. Or, this is the gritty Big Time Rush reboot we didn't know we needed.

[dx_custom_adunit desktop_id="RTK_K67O" mobile_id="RTK_5yk0"] Next on loveliveserve's radar? Biebs, of course. Justin Bieber's "Somebody To Love", made squarely in his swoop cut days, makes absolutely zero sense when being performed by the dudes in this video. But it's still not as weird as present day Justin Bieber.

Jesse McCartney (the Paul McCartney to Justin Bieber's John Lennon) provides the soundtrack for loveliveserve's third mismatched video. Side question: Where are they getting all this money? Asking for... us! Why lie and say it's for a friend? We want that money!

What Makes You Beautiful

Other content creators were inspired by loveliveserve's shenanigans, and put their own spin on the concept. Here, Detricks World shows us that One Direction can actually travel multiple directions, if you put the right/wrong visuals over them.

[dx_custom_adunit desktop_id="RTK_K67O" mobile_id="RTK_5yk0"] Another Detricks World joint, this is a medley of the Zoey 101 theme song (!) and Carly Rae Jepsen's "Call Me Maybe" (!!). Also, a quick PSA: Sprite tastes great without having to pour cough syrup into it and becoming heavily addicted. Obey your thirst, not your demons.

The Jonas Brothers have tried to be "more serious" at various stages in their careers. But THE SKRT FAMILY! one-upped them in their mismatched video for "Year 3000". Walt Disney must be rolling in his cryogenically frozen vestibule.

Owl City's "Good Time" scored the end of Wreck-It Ralph. And Amadeus REX wrecked the squaky clean image of Owl City in this video. The heightening of "frisbee" to "money" to "guns" is what we in the biz call, "very good comedy".

[dx_custom_adunit desktop_id="RTK_K67O" mobile_id="RTK_5yk0"] Remember when Miley Cyrus admitted in an interview that she never listens to Jay-Z, even though she referenced him in "Party In The U.S.A."? Consider this ExCrispy video a bit of karmic justice.

What Makes You Beautiful (Take Two)

Here's another group's take on the One Direction banger, "What Makes You Beautiful". Girlhefunnyaf 2 asserts that they made the "best version". What do you think?

[dx_custom_adunit desktop_id="RTK_K67O" mobile_id="RTK_5yk0"] It's not just "hip-hop crossed with pop" in this video subgenre. Other styles and tones were slammed together for comic gold. Here, Papi Wolfy placed the country cheese of "Big Green Tractor" underneath emo, goth-tinged visuals. Boys don't cry... but you might, from laughter, after watching this video!

And finally, Lael Hansen flipped the script completely when she filmed a "stereotypically pop video" to accompany "Bleed It", a hard AF trap tune from Blueface. You will notice that Hansen cuts the video away from any lip syncs during certain words. This is what we in the biz call "the correct decision".

Digging loveliveserve's original videos and want to see more? They've got a treasure trove of silly stuff for you! Here, we see how folks who own airpods tend to behave. We just figured out how to sync our iPod Classic, so airpods are a way's off for us.

[dx_custom_adunit desktop_id="RTK_K67O" mobile_id="RTK_5yk0"] You know it's true. When the aux cord is passed around, it's a gamble what'll come through those speakers. Never give it to us, unless you want to hear a "Weird Al Yankovic Originals playlist".

When The Feature Ruins The Song

When You See Your Teacher In Public

Hot take: Teachers should not be allowed in public. When school is over, they should be powered down, folded up, and stowed neatly under their desks. It's too awkward otherwise!

Types Of Rappers In The Studio

[dx_custom_adunit desktop_id="RTK_K67O" mobile_id="RTK_5yk0"] Even hip-hop fans know these quirks to be true. Which style is your favorite? Ours is probably "whenever Weird Al Yankovic writes an original hip-hop-styled song, which we'll be happy to play for you if you pass us the aux cord".

Blasting Inappropriate Songs In The Library

Ah, the library. A quiet place for focused studying, peaceful reflection, and loud, comedically vulgar songs. What's that? "Definitely not that last one"? Hmm. We gotta go to some different libraries.

Types Of People On Picture Day

There's nothing that brings up a complex set of emotions in a child like Picture Day. What was your tactic? Plain background? Lasers? Dress up? Funny face? Or did you stay at home and opt for the "not pictured" side note?

[dx_custom_adunit desktop_id="RTK_K67O" mobile_id="RTK_5yk0"] Okay, yes, this video is very funny and pokes fun at all types of relatable parents. But let's talk about the thumbnail for a sec. That guy has a shoe on his head. And that is not a thing any parent does. They would put it on their foot. Sorry if that's rude, but it's true.

We think loveliveserve might be giving Aubrey too much credit. If he actually went to therapy regularly, he might make some positive changes in his life, instead of making the same dark and dreary music over and over. Shots fired, multiplatinum recording artist Drake!

Students The Night Before An Exam

This one's too close for comfort. You always start thinking you'll study smart. And you always save it until the very last minute. Say what you will about being an adult -- at least tests are a thing of the past.

Types Of People In Your Gym Class

[dx_custom_adunit desktop_id="RTK_K67O" mobile_id="RTK_5yk0"] For some, gym class was a required place of torment and evil. For others, it was a place to shine and be seen. For loveliveserve, it's a place for sketch comedy inspiration. Any of these swings seem foul to you?

Screaming In The Gym

Sure, it was so they could blast unwitting participants with their loud noises, but at least they made it into the gym. We start screaming just at the thought of going there.

Studies have shown that younger generation's communication skills are demonstrably worse, because they are only used to processing information through text. When it comes to face-to-face interactions, a necessary facet of life, they balk and panic, preferring the dulling anonymity of texts and screens. Anyway, enjoy this silly comedy video about that.