Where Are They Now? The Cast of ‘Lizzie McGuire’ 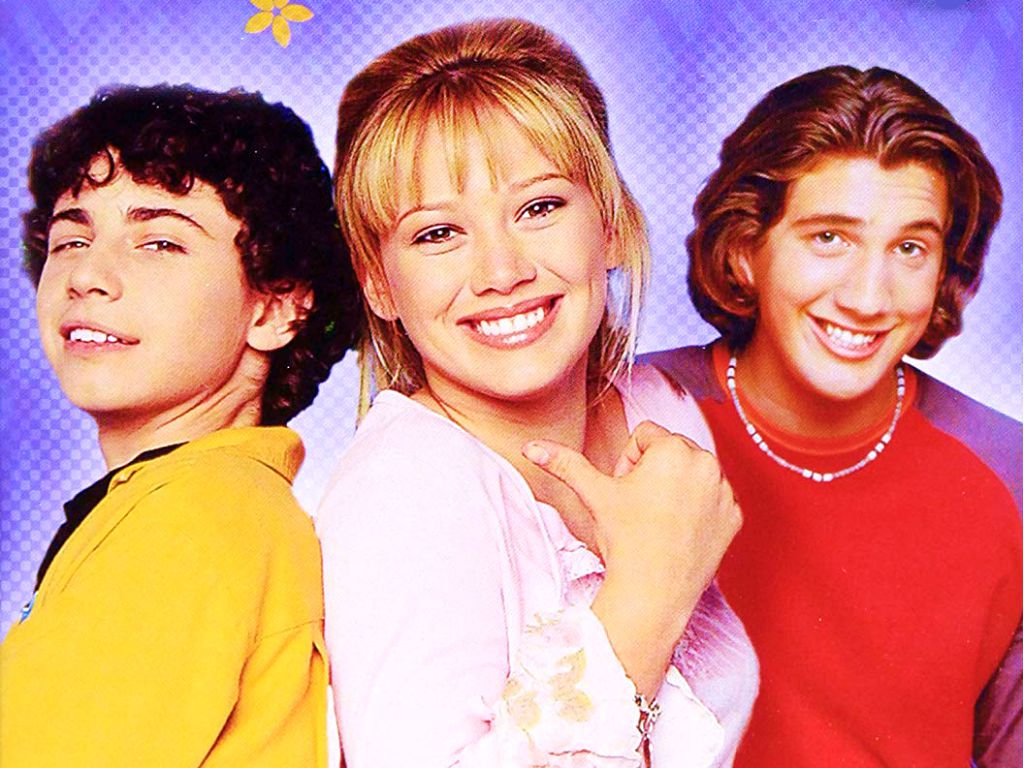 Lizzie McGuire defined a childhood for many viewers. From 2001-2004, the Disney Channel original series depicted the trials and tribulations of middle schooler Lizzie McGuire. She, of course, was Hilary Duff. And now, there is a Disney+ revival series in the works that will allow us to find out what the characters have been up to, as well! The show was so successful and influential, there was even a film adaptation. But middle school doesn't last forever, and all the actors moved on and grew up. Want to see the cast of Lizzie McGuire now? You rang.

In playing the titular role of Lizzie McGuire, Hilary Duff became a bonafide star. McGuire was clumsy and relatable, even as Duff became more glamorous. Before nabbing the series, Duff appeared in titles like Casper Meets Wendy, The Soul Collector, and Chicago Hope. During the series run, she released lots of successful music and appeared in other films and TV shows.

As Duff transitioned out of a teen idol image, her music became more oriented around adult pop and rock soundscapes. Her last album, Breathe In. Breathe Out., was released in 2015 to positive reviews. She's also appeared in films like War, Inc. and TV shows like Gossip Girl, Younger, and The Talk.

Lalaine Vergara-Paras, known professionally as Lalaine, played Lizzie's best friend Miranda Sanchez, a confident yet self-conscious middle schooler. Before appearing on the show, Lalaine was on Broadway in Les Miserables, playing both Eponine and Cosette. She also appeared in the 1999 made-for-TV adaptation of the musical Annie.

Lalaine went on to act in movies like Royal Kill and Easy A. She also appeared on Buffy The Vampire Slayer and starred in the Disney Channel Original Movie, You Wish! She also released an original album, Inside Story, and played bass guitar for the rock band Vanity Theft. In 2007 she was charged with possession of meth, but completed a rehab program and had her record expunged.

Yani Gellman played Italian pop star Paolo Valisari in the 2003 Lizzie McGuire Movie, nearly stealing Lizzie's heart before being exposed as a fraud. Before this, he appeared in horror films Urban Legends: Final Cut and Jason X. He was also on successful children's TV shows Goosebumps and Animorphs.

After The Lizzie McGuire Movie, Gellman scored a recurring role in Pretty Little Liars, playing police officer Garrett Reynolds. He's also known success on TV dramas like 90210, iZombie, and Dynasty. He returned to his horror roots in 2017, appearing in the film 47 Meters Down.

Kyle Downes played Larry Tudgeman, often referred to as Tudge. His character was awkward and geeky, yet Lizzie and her friends treated him with kindness. Before appearing on Lizzie McGuire, Downes had roles in Are You Afraid Of The Dark? He also played a lead role in one-season school drama Higher Ground.

After the show's run completed, Downes had roles on TV shows like CSI: Miami and The L Word. He also began working as a writer of director of independent films, including the 2018 crime drama Proxy Kill.

Since the show, Carradine has appeared on Law & Order: Criminal Intent and in Quentin Tarantino's Django Unchained. He also hosted TBS' reality competition show King Of The Nerds. In 2015, he was in a serious car accident alongside his now ex-wife, but recovered.

Thomas went on to appear on nearly every TV procedural, including Without A Trace, ER, Cold Case, Lie To Me, House, CSI: Miami, Ghost Whisperer, Criminal Minds, NCIS, and CSI: NY. He also had a recurring role on another Disney Channel original series, Cory In The House.

Hallie Todd played Lizzie's well-meaning mother. Before the series, she appeared on TV shows like Brothers, The Golden Girls, Growing Pains, Murder, She Wrote, Star Trek: The Next Generation, and Sabrina, The Teenage Witch. During the series run, she also had roles on Kim Possible and Malcolm In The Middle.

Clayton Snyder turned heads as Ethan Craft, the lovable lunk and athlete that every girl on Lizzie McGuire had a crush on. The show and film adaption were his first screen credits, which he completed while attending Los Alamitos High School in Los Alamitos, CA.

Since appearing on the show, Snyder has worked consistently as an actor. He booked roles on NCIS and Rules Of Engagement, and has done numerous productions in the California theatre scene. He also appears in and helps create several web series and online sketches. Besides his acting career, Snyder had a successful athletic career during his time at Pepperdine University He was a member of the water polo team from 2006 - 2009 and he earned an All-America Honorable mention in 2009.

One of Lizzie McGuire's more eccentric touches came from Lanny Onasis, Matt's best friend who never spoke. Christian Copelin played him after nabbing a role on The West Wing. During the series run, he also appeared in The King Of Queens, NYPD Blue, and another Disney Channel series The Jersey.

After appearing on The Bernie Mac Show in 2004 and the ABC bomb Eyes in 2005, Copelin became harder to track down. He wrote and voiced this bizarre web series Tux, but there seems to be no other credits available for him since then. But, one of his classmates at the New York Film Academy posted a photo of him on Instagram in 2013 and since then, he seems to have started a successful career as a real estate agent.

Melina Bianco, played by Carly Schroeder, was another of Matt's best friends. The two characters eventually had feelings for each other. Schroeder had previously played recurring role Serena Baldwin on soap opera Port Charles.

Schroeder went on to appear in the Sundance-acclaimed indie thriller Mean Creek. She also appeared on TV shows George Lopez, Cold Case, Ghost Whisperer, and Law & Order: Special Victims Unit. In 2017, she returned to her soap role as Serena Baldwin on General Hospital, to pay tribute to a deceased costar. In 2019, Schroeder announced that she would be joining the U.S. Army and she is currently ranked as Second Lieutenant.

Kate Sanders was the most popular girl in school, and Lizzie's rival. She was played by Ashlie Brillaut, in her onscreen debut. During the series run, Brillaut also appeared on UPN sitcom One On One.

Since Lizzie McGuire, Brillault has not professionally acted. Instead, she went to law school at the University of Denver, and went on to work as a criminal defense attorney. She's also involved with several charities, including the Ronald McDonald House and Long Beach Child Cancer Center.

Adam Lamberg played Gordo, Lizzie's best friend and eventual love interest. He was smart, eccentric, and interested in being a filmmaker. Before nabbing this role, Lamberg appeared in the play adaptation I'm Not Rappaport, the made-for-TV movie The Day Lincoln Was Shot, and the Disney film Max Keeble's Big Move.

After the series, Lamberg performed in the films When Do We Eat? and Beautiful Loser. Since then, he studied geography at UC Berkeley and currently works as a development associate for New York's Irish Arts Center.

The McGuire Family, Then

Want to see more Lizzie McGuire? More than this recent reunion photo of Duff, Thomas, and Lalaine? Duff has said publicly it might be coming soon, saying "there have been some conversations". Duff went on to gush about her experience playing the character, saying "I think she was so important to girls at an important time in their life. If she could be important to them again at this age, I think that would be amazing."

Luckily for fans, the whole McGuire Family is reuniting for the new Disney+ series, which will be coming to screens later in 2020! Along with Hilary Duff, Robert Carradine, Hallie Todd and Jake Thomas, "Lizzie McGuire" castmates like Adam Lamberg, who played Gordo, will be appearing in the revival, too! It has already been announced that the first episode will bet titled "Bangs," meaning that Lizzie's signature hairdo is definitely making a comeback.