Where Are They Now? The Cast of “Austin & Ally”

Sophie Dunne
Where Are They Now? The Cast of “Austin & Ally” March 5, 2020Leave a comment 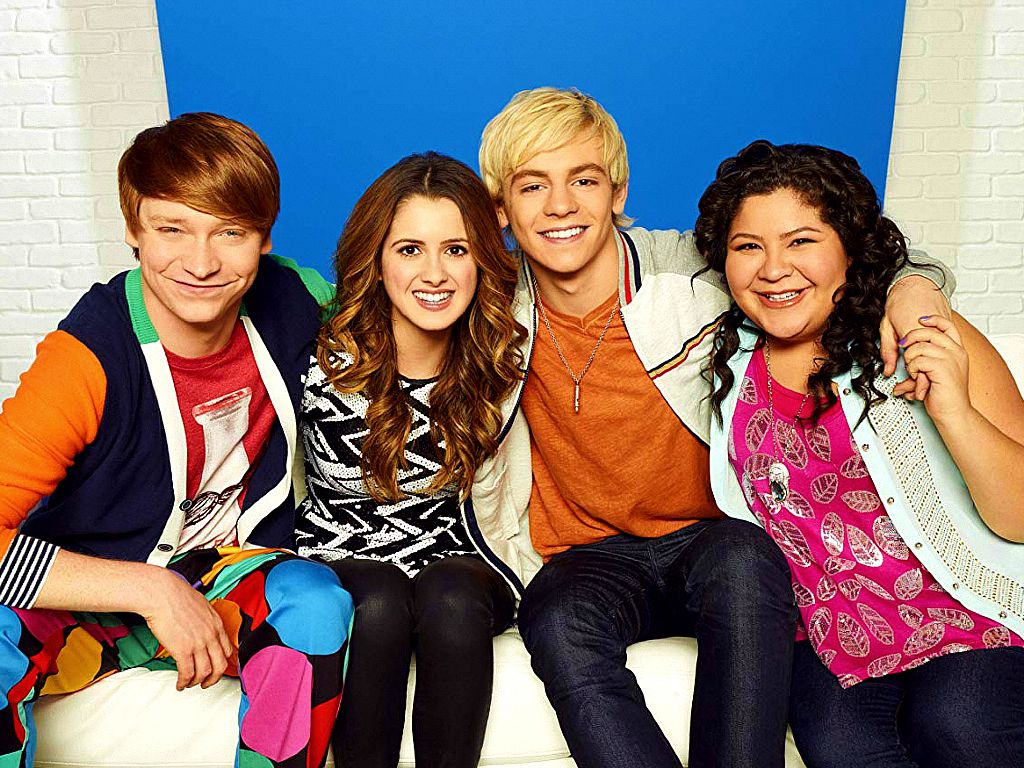 The popular Disney Channel show “Austin & Ally” brought us the story of a confident and fun-loving musician and an introverted, awkward songwriter who work together to build a musical empire. The show's final episode gave us a glimpse into the future and showed us what the characters were up to years later. But what have the actors been up to since the show ended in 2016? Let's find out…

The fun-loving best friend who was also Austin Moon's manager, Trish, played by Raini Rodriguez was known for bringing the comedic voice to the set. The 26-year-old's character was bold and honest and always had the audience in tears. But her acting career didn’t stop there…

Rodriguez carried on acting after her last day on "Austin & Ally" in 2016. The sister of "Modern Family" star Rico Rodriguez has worked on shows like "Mutt & Stuff," "The Lion Guard" and "Knight Squad."

Calum Worthy played Dez, the best friend and aspiring director who had an odd personality and dressed in the most alternative outfits. However, when it comes to Dez's hard working personality, the same can be said for Calum Worthy's since the hit Disney show ended four years ago.

Breaking away from the role of the best friend, Worthy has been kept busy acting in various roles since his days on "Austin & Ally." Since the show concluded in 2016, Worthy has appeared in the thriller movie "The Thinning," as well as the TV series "Lost Generation" and the romcom "Cassandra French's Finishing School."

Milder played Ally’s doubtful dad who never believed in her musical talents. The cheapskate father who owned the music store, Sonic Boom, continuously gave his daughter a hard time and believed she had a million in one chance at making it in the music business.

After "Austin & Ally" finished up, Milder went on to play roles in "Transformers: Robots in Disguise" and the comedy web series, "Con Man." Since playing the cynical dad in the hit Disney show, Milder married a doctor and the pair couldn't be more adorable together.

Richard Whiten made a few appearances in "Austin & Ally" as Jimmy Starr, the music mogul who signed Austin Moon to his record label. Since playing Starr from 2012 to 2015, Whiten has carried out some pretty impressive roles.

Since playing Jimmy Starr, Whiten has appeared in the TV series, "Lethal Weapon," "Fresh Off the Boat" and "Baby Daddy." He also appeared in the movie "Airplane Mode" with Logan Paul and Amanda Cerny.

You may also remember Kiersey Clemons who played Kira in "Austin & Ally." She was Jimmy Starr's daughter and Austin's ex-girlfriend and was often the pit of the jokes for having very smelly breath. But not anymore! Clemons has gone on to do some pretty awesome stuff since playing Kira.

Today, Clemons has made a career out of singing and acting, as well as becoming a producer. The 26-year-old is an outspoken advocate for black, queer women and has played roles in the musical "RENT" and also "Hearts Beat Loud," for which she won an inaugural Phoenix Award at the Atlanta Film Festival in 2018.

Dez's ditsy girlfriend Carrie, played by Hannah Kat Jones, was the kooky, eccentric-dressing character who we all loved. Jones' character wasn't the brightest bulb in the box but that's not to say she continued playing the same type of role after the show ended.

Jones continued her love for the entertainment industry after portraying roles in theatre and improv. She hosted a show for the Second City sketch improv troupe, TMI, in Hollywood. Before "Austin & Ally," she was a contestant on "America’s Next Top Model" and she continues to pursue her modeling career. The 29-year-old is claimed to be "the face" for the fashion brands Nikki Rich and BambooHolt.

You may also remember, Nelson— the cute nerdy kid who had the biggest crush on Ally and was always spotted wearing a dainty bow tie. The goofy, young actor was only eight when he played the role of Nelson in the series, but now he's all grown up and turned out to be quite the handsome young man.

Now 16-years-old, Cole Sand has appeared in several TV shows and movies since "Austin & Ally" came to an end. He has continued to work for Disney, with his new movie, "Magic Camp" coming out on Disney+ later this year. He also held a recurring role in season one of the DreamWorks animation series, "Trollhunters: Tales of Arcadia."

We know Hayley Erin as Piper, ditzy Carrie's cool on-screen sister. She dated the outgoing musician, Austin Moon but called it quits because he was in love with Ally.

Today, Erin has a wealth of experience under her belt. Since her last episode on "Austin & Ally" in 2014, the 25-year-old has starred in "General Hospital," for which she won a Daytime Emmy Award in 2019 for her role as Kiki Jerome. In the same year, she went on to star in "Pretty Little Liars: The Perfectionists." However, the show was cancelled after one season.

Chuck McCoy was a recurring character on "Austin & Ally" and wore a bolo tie in every scene. Played by John Paul Green, he was Dez's nemesis and was as flirtatious with the ladies as he was sly and sneaky.

We haven't really seen Green doing too much in the entertainment industry since the finale of "Austin & Ally" in 2016, but the 31-year-old did appear in the Nickelodeon comedy series, "Cousins for Life" in 2018. The actor has been busy in other areas of his life though, as he recently became a dad with his wife and college sweetheart, Elizabeth Ashley Arroyo.

If you were a fan of the show, you definitely remember Mindy, the manager of The Melody Diner who had a huge crush on Dez. Her character was bossy and overbearing, scaring the heck out of her on-screen crush on a daily basis.

Since the end of "Austin & Ally," the 33-year-old has appeared in an episode of "Criminal Minds" as well as an episode of "K.C. Undercover." Of course, a lot of us also remember Fink having a recurring role in “Glee” up until 2015. Today, the actor is working on a a supernatural horror film directed by Chad Darnell that comes out this year.

Ross Lynch landed his first major TV role as the charismatic and talented musician, Austin Moon. His character becomes an internet sensation overnight that leads him to build a lifelong friendship with songwriter Ally Dawson. Eventually, the pair date and end up getting married.

Lynch currently stars as Harvey Kinkle in "Chilling Adventures of Sabrina," but continues to work on his music career as much as he does acting. The 24-year-old has released several songs with his band, The Driver Era which consist of Lynch and his siblings. As for his love life, Lynch used to date Australian model, Courtney Eaton but the pair split in 2017. He's now dating his "CAOS" costar, Jaz Sinclair.

Laura Marano played the quiet songwriter with severe stage fright in the popular Disney show. However in real life, the actor is anything but afraid of performing on stage. Marano has kept herself pretty busy performing on the silver screen as well pursuing a career in music.

After "Austin & Ally" wrapped, Marano continued to feed her love of acting. The 24-year-old has starred alongside Saoirse Ronan in "Ladybird" as well as "The Perfect Date" with Noah Centineo. She even started her own talk show on Radio Disney, "For the Record with Laura Marano." In 2016, Marano dropped her debut single, "Boombox" and has continued to release a bunch of tunes since then.