Where Are They Now? The Cast of “Cory in the House”

Camila Villafane
Where Are They Now? The Cast of “Cory in the House” March 10, 2020Leave a comment 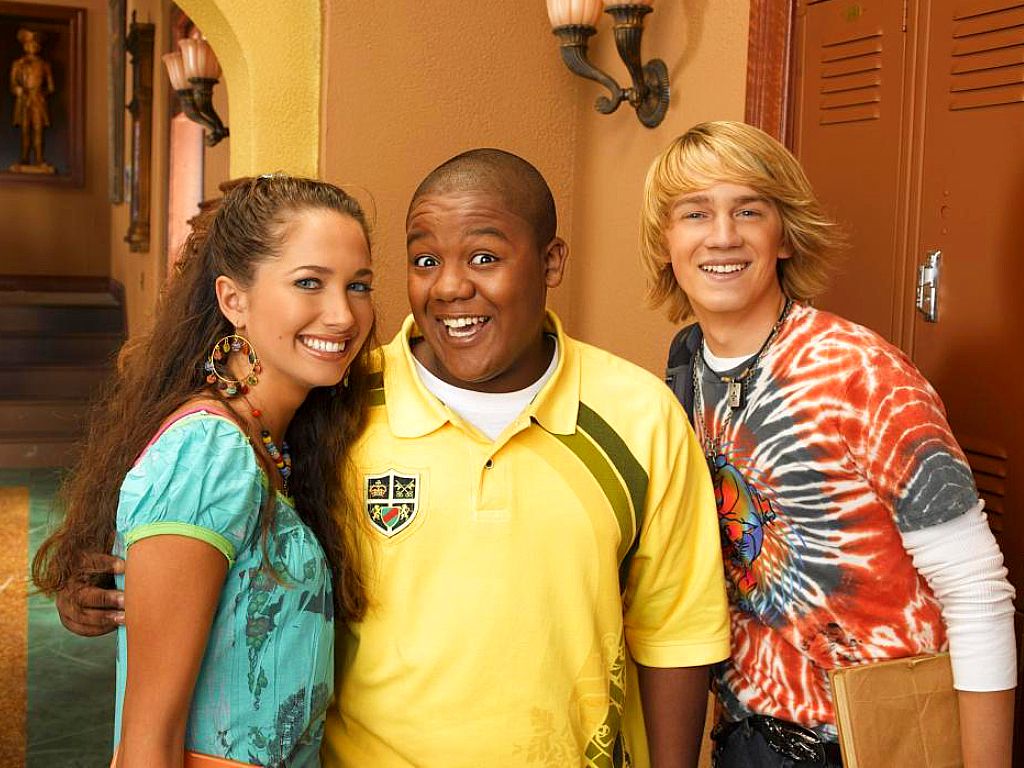 The Disney channel series “Cory in the House” follows Cory Baxter, who starts a whole new life after his father, Victor, becomes the White House’s personal chef for President Richard Martinez. The series follows Cory and his teenage adventures. Unfortunately, the series only had two seasons due to the 2007 Television Writers' Strike, but this is what the cast has been up to since the show ended in 2008.

Rondell Sheridan played Victor Baxter, the personal chef to the President of the United States. He was also Cory and Raven’s father and married to Tanya Baxter. During the course of the series, Baxter would often misinterpret what people were saying which often led to embarrassment on his part.

Sheridan continues to work as a comedian, director, photographer, and of course, as an actor. In 2019, he played a security guard named Jeff in “Remember Amnesia,” and in 2020 he started filming “Dorner,” where he’s rumored to be playing the character Christopher Dorner.

John D’Aquino played Richard Martinez, the President of the United States and father to Sophie. He was often known for making jokes that no one found funny and despite his initial reservations about Cory, he often mentored him and gave him advice throughout the course of the series.

D’Aquino’s latest acting role was in 2019 doing the voice of Pumpkin Ghost in the short film “Just Take One.” But now he’s focused on being a teacher and an acting consultant. He holds weekly classes, self-tape sessions and private audition coaching in Burbank, California.

Lisa Arch played Samantha Samuels, the personal assistant to President Richard Martinez. Her character was strict. In fact, Chef Victor called her “overly stressed.” But she also had issues with Cory’s repetitive money schemes throughout the series.

Arch has continued acting over the years. She can be seen playing Cassie in “Curb Your Enthusiasm,” a role she originally played in 2009 and returned to in 2020. She’s also a wife, a mother, a host, and not a fan of dairy or gluten, according to her Instagram profile.

Jordan Puryear played Candy Smiles, a student at Washington Prep with a 4.0 GPA. She also had a black belt in karate and was best friends with Meena. She dated Cory a few times, but tried making him jealous once by dating a guy named Juan Carlos.

Puryear now goes by the name Jordan Elizabeth. Her latest acting role was in the independent film “Juanita” where she played Bertie. She hasn’t been active on Instagram since 2019 and has stayed out of the spotlight, but this creative genius will undoubtedly resurface at any time.

Zolee Griggs played Tanisha, Sophie’s classmate, and a 4th grader who’s a total brat. But she was also one of the Sunshine Girls and the most popular girl in her class. She was known as a master manipulator, too, like the time she became class president by pretending to cry.

Griggs managed to stay relevant in Hollywood. Her latest role as an actress was playing Shurrie in Hulu’s 2019 TV series, “Wu-Tang: An American Saga.” Griggs is also actively posting on her Instagram page @zoleeg.

Brianne Tju played Haley, one of Sophie’s BFFs, who was afraid of doing schoolwork despite the fact that she was a member of the Sunshine Girls. She was also a member of The Pink Cupcakes, which was Sophie’s singing group.

Tju went on to star in the series “Light As a Feather,” and the film “47 Meters Down: Uncaged.” She has also played Mira Davis on the hit series “Chicago P.D.” in 2020. She keeps her followers up to date on her life by posting regularly on her Instagram @briannetju.

“Cory in the House” was a spin-off of “That’s So Raven,” and Raven-Symone reprised her role as Raven Baxter for one episode so she could check up on the family at the White House. During the episode, Raven designed new jackets and had Cory’s friends, Meena and Newt, wear them.

Raven-Symone is openly out and proud, though it took her a while to be comfortable enough to be candid about her sexuality. She reprised her role of Raven Baxter in the TV series “Raven’s Home,” and is currently working on “Mighty Oak,” which is in post-production.

Bailee Madison guest-starred on “Cory in the House.” She played one of Sophie’s classmates for two episodes, and they were some of her first acting roles. Madison also played a memorable part in the heartbreaking 2007 film "Bridge to Terabithia."

Since having a successful career as a child actor with roles on shows like "Wizards of Waverly Place," "The Fosters" and "Once Upon a Time," Madison has continued acting with more roles in feature films and music videos. She also walked a runway at New York Fashion Week in 2020 and is rumored to be dating New Hope Club lead singer Blake Richardson.

Jake Thomas played Jason Stickler, aka 'the Sitckman.' He went to Washington Prep with other characters like Newt, Meena, and Cory and was one of their main antagonists in spite of the fact that he only had a recurring role. Stickler also used his father’s CIA technology for his own devious plans, which often went south.

Besides continuing to act, Thomas is also a director and an entertainment photographer, according to his website, jakethomas.com. He was also scheduled to reprise his role of Matt McGuire in the 2020 revival of the TV series “Lizzie McGuire,” but the series is currently on hold due to creative differences.

Maiara Walsh played Meena Paroom, the daughter of a Bahavian ambassador. She was good friends with Cory and Newt, but her dad disapproved of the boys. He even forbade her from seeing them because he felt they were influencing her to dislike her country. But, he later mellowed out and allowed her to stay friends with them.

Walsh is a writer, singer and dreamer according to her Instagram profile. She also has a lot on her plate for 2020. She’s filming “Diaries of an Exchange Student” and is also working on projects titled “Underwater Upside Down,” “Severed Silence,” “Love in Vein” and “Chasing the Rain.” She also won best director at The Jelly Film Festival for her short film “Young Blood,” which she wrote, directed and starred in.

Jason Dolley played Newton “Newt” Livingston III. He was the son of the Chief Justice and a senator. He loved rock and roll and was a bit dim-witted, but he was also one of Cory’s closest friends.

Dolley is a musician and a Twitch game streamer. He has also continued to act since “Cory in the House.” His current projects include “Secret Agent Dingledorf and His Trusty Dog Splat” slated for 2020 and a short film called “The Devil’s Advocate” which is in post-production.

Madison Pettis played Sophie Martinez, the daughter of United States President Richard Martinez, and also the constant thorn in Cory’s side. She was always finding ways to annoy people and yet she was known as “America’s Angel.”

Kyle Massey played Cory Baxter, the show’s lead character. Cory lived with his dad, Victor. Although he had two best friends Newt Livingston and Meena Paroom to lean on, he often found himself irritated by the President’s daughter Sophie Martinez. He also had a huge crush on Beyoncé and came up with tons of schemes to earn money.

In 2019, Massey got into trouble after being accused of allegedly sending explicit material to an underaged girl. Despite this scandal he continued to work on his music. He’s also on TikTok. His latest acting role was in 2019 as a customer in the film “I Got the Hook Up 2.”