Where Are They Now? The Cast of “Dog with a Blog”

Holly Adler
Where Are They Now? The Cast of “Dog with a Blog” March 17, 2020Leave a comment 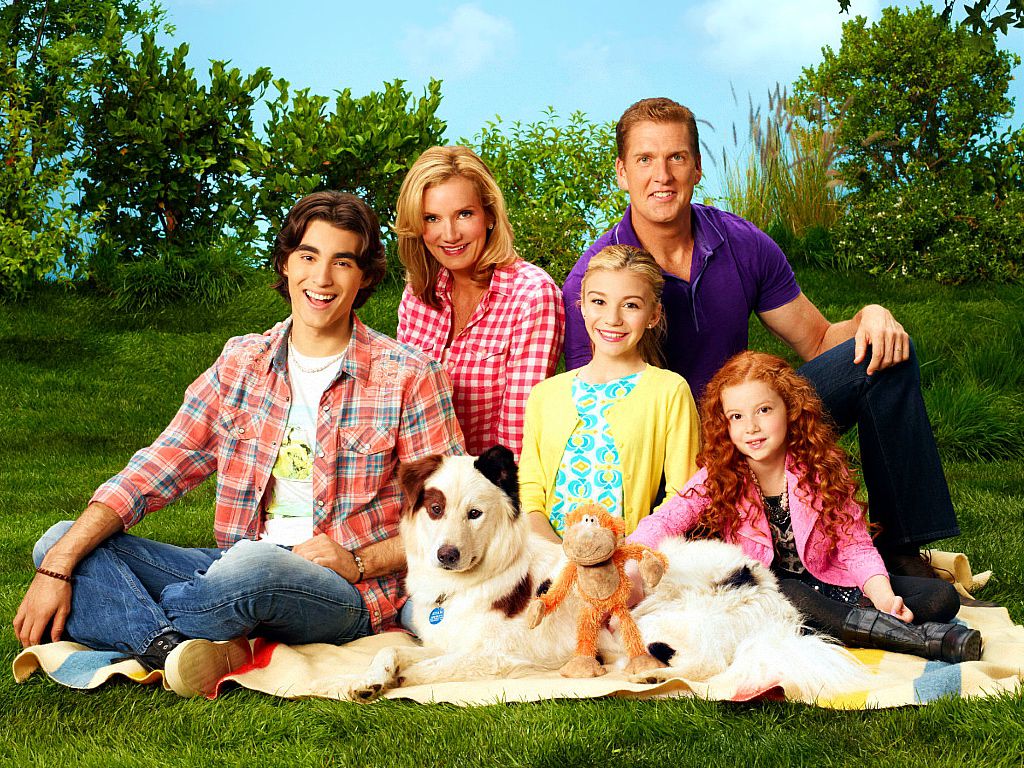 "Dog with a Blog" aired for three seasons on Disney Channel from 2012 to 2015. It followed the blended Jennings-James family, who had a talking dog named Stan, who would blog about his day-to-day life. The show was a quirky, light-hearted sitcom that lasted 69 episodes. But, with the show having ended five years ago in September, where is the cast now?

Blake Michael was born and raised in Atlanta, Georgia. He received his big break after landing a spot in a national commercial for Bojangles' Famous Chicken. In 2010, he attended an open casting call for the Disney Channel movie musical "Lemonade Mouth," in which he was cast as Charlie Delgado.

From 2012 to 2015, Blake Michael played the character of Tyler James on "Dog with a Blog." Tyler was the popular brother of Chloe James, and step-brother to Avery. After "Dog with a Blog," Michael appeared in the thriller "The Student" as Vance Van Sickle. Last year he appeared alongside Martin Sheen in the drama "Princess of the Row."

Francesca Capaldi first appeared on the Disney Channel series "A.N.T. Farm" in one episode in which she played an orphan. She continued to make cameos on shows like "Jessie" and "How I Met Your Mother," before she landed the role of Chloe James on "Dog with a Blog" in 2012.

Post-"Dog with a Blog," Francesca continues to act, and she even ventured into doing voiceover work. She lent her voice to Frieda in "The Peanuts Movie" as well as Snowpaws on the TV series "Whisker Haven Tales with the Palace Pets." She currently appears as the lead character Nellie Chambers on the Brat TV series "Crown Lake" on YouTube.

Stephen Full voiced Stan the Dog on "Dog with a Blog" for all three seasons. Before appearing on this Disney Channel series, Stephen appeared on "Sons of Thunder," "Heroes," "CSI: NY," "Bones," "Castle," "iCarly" and "Cold Case." In 2009, Stephen landed the role of a drummer named Ash on the Disney XD series "I'm in the Band."

Stephen continues to make cameos on many TV series such as "NCIS," "The Real O'Neals," "Rosewood" and "Rizzoli & Isles." He also appeared in the final season of the Netflix series "Santa Clarita Diet" as Janko. Stephen married actress Annie Wersching back in 2009, and they have two children together.

Regan Burns has been working in Hollywood regularly since the late 1990s. However, he is most popularly known for his various appearances on commercials for companies like Arby's, Holiday Inn and Capital One. Regan has made cameos on TV shows like "3rd Rock from the Sun," "Curb Your Enthusiasm," "Reno 911" and "Weeds."

Regan appeared as Bennett James on "Dog with a Blog" as the father of Chloe and Tyler. He has since appeared on various TV series such as "2 Broke Girls," "New Girl," "Comedy Bang! Bang" and the short-lived Netflix series "Disjointed."

Beth Littleford played Ellen Jennings, the mother of Avery, on "Dog with a Blog." Beth was born in Nashville, Tennessee, although she was raised in Winter Park, Florida. Her breakout role on TV was on "Spin City" where she played Dierdre West. She has also appeared on "What I Like About You," "The West Wing," "I'm in the Band" and "Fraiser."

Since appearing on "Dog with a Blog," Beth continues her acting career. Some of her more recent credits include "Veep," "Mom," "The Fosters," "2 Broke Girls" and "Dead to Me." She recently finished production on a film called "Senior Moment," in which she will star alongside Christopher Lloyd and William Shatner.

Griffin Kunitz played Mason, Chloe's boyfriend, on several episodes of "Dog with a Blog." He began acting at the age of three. His first big gig was appearing on "Days of Our Lives." He played the character Johnny DiMera; he shared the role with his twin brother Aaron Kunitz. He also appeared as Stan on the TV series "Cougar Town."

After his time on "Dog with a Blog," Griffin found work on a TV movie called "Win, Lose, or Love." He also made a cameo on the Disney Channel series "Sydney to the Max" as well as the ABC series "Fresh off the Boat." He is currently in production for a TV series entitled "Rex and Vex," in which he is going to star opposite his twin brother Aaron.

Kayla Maisonet filmed a television pilot in 2012 called "Shmagreggie Saves The World," which unfortunately never aired; luckily for her, that same year she landed the role of Lindsay, Avery's best friend, on the Disney Channel series "Dog with a Blog."

While appearing on "Dog with a Blog," Kayla also had the reoccurring role of Lilly on the Nickelodeon series "The Haunted Hathaways." In 2016, just a year after "Dog with a Blog" ended, Kayla landed the role of Georgie Diaz on another Disney Channel series called "Stuck in the Middle." Most recently, Kayla was on the ABC series "Speechless" where she played Izzy alongside Minnie Driver.

L.J. Benet was born and raised in Los Angeles, California. He has performed on stage at the Ricardo Montalban Theatre and the La Jolla Playhouse. Before playing Karl Fink, Avery's frenemy, on "Dog with a Blog," L.J. appeared on "Wizards of Waverly Place," "The Mentalist" and "Bones."

L.J. Benet continues acting, though he has shifted his focus to spending more time on his music career. In 2015, he released a single called "Happy Again." A year later, he appeared on stage in a production called "BAZ - Star Crossed Love" at the Palazzo in Las Vegas. Two years ago, he graduated from Mosiac College.

Peyton Meyer is from Las Vegas, Nevada. In 2013, he made his debut on the Disney Channel series "Dog with a Blog." He played the character of Wes Manning, Avery's crush in the second season of the show. Before the show, he did not have much prior acting experience.

After his one season stint on "Dog with a Blog," Peyton landed the leading role of Lucas Friar on "Girl Meets World." He then appeared on a short-lived TV series called "Versus," before he joined the cast of "American Housewife" on ABC, where he plays Taylor's boyfriend, Trip Windsor. He recently wrapped production on "Work It" alongside Jordan Fisher.

Adam remains busy in Hollywood. He played the reoccurring role of Kenneth Turgeon on ABC's "Agents of S.H.I.E.L.D" and Murray Fox on the FX series "Better Things." He also had cameos on "Young Sheldon" and "Lucifer." He recently finished production on the comedy film "SuperCool" with Damon Wayans Jr.

Denyse Tontz played Nikki Ortiz, who is Avery's friend and Tyler's girlfriend, on "Dog with a Blog." Before Denyse appeared on "Dog with a Blog," she had cameos on "Pair of Kings" and "Shake It Up." She also played Jennifer 1 on the Nickelodeon series "Big Time Rush."

Brighid began her acting career at the age of 3, performing in theatre productions in Albuquerque, New Mexico. After a few years, she booked an international modeling job with LaCoste. She then began landing roles in films like "The Burrowers" and "Gamer." She made appearances on TV series like "It's Always Sunny in Philadelphia" and "Weeds."

In 2014, Brighid booked the role of Heather Collins on the Disney Channel series "Dog with a Blog." Heather is the owner of Princess and the Jennings–James' next-door neighbor. She recently appeared in two films, "ToY" and "Gridlock." She also has hopes to start up her own production company called Phish Tank Philms.

Stan, the titular dog of the series, was originally played by a Mutt named Kuma. Kuma was a Golden Retriever, Husky and Australian Shepard mix who appeared on the show for its first five episodes. Due to the show’s demanding filming schedule, Kuma was replaced by a younger dog named Mick for later episodes.

Mick actually had to have his fur dyed to create those lovable spots Stan had on the show. Mick is owned by the same couple who owns the French bulldog who plays Stella on “Modern Family.” Mick was adopted from a shelter by Guin Dill and Steve Solomon, a couple who live and train their dogs on a 20-acre ranch outside of Los Angeles and currently, Mick has a role on the Disney Channel series "Sydney to the Max" where you can see him without those artificial spots!

Before landing the role of Avery Jennings on "Dog with a Blog," Genevieve Hannelius had reoccurring roles on "Sonny with a Chance" and "Good Luck Charlie." Genevieve began her acting career on stage by participating in local theatre productions when she lived in Maine. Her first onscreen role was a small part on an episode of "Hannah Montana."

Genevieve has kept herself busy in Hollywood since "Dog with a Blog" ended in 2015. She appeared on the Netflix series "American Vandal" as Christa Carlyle, and even continued doing voiceover work, lending her voice to Ruby/Hope Hopelius V on Disney Channel's "Future-Worm!"