Where Are They Now? The Cast of “Girl Meets World”

Kelly McInerney
Where Are They Now? The Cast of “Girl Meets World” January 29, 2020Leave a comment 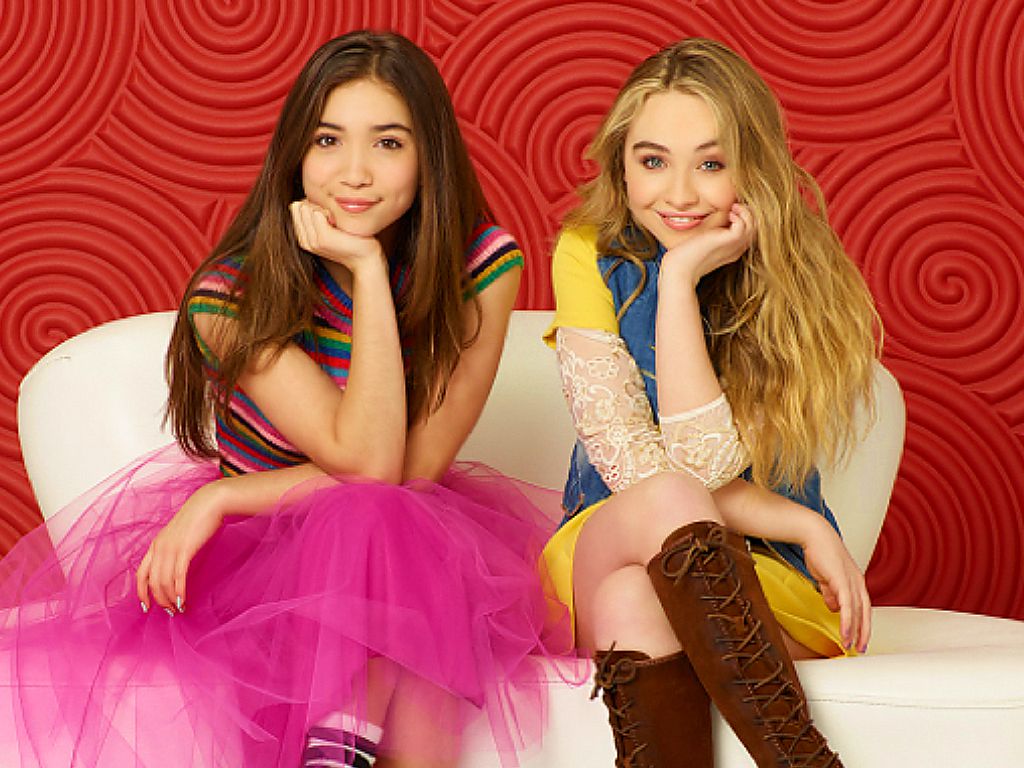 "Boy Meets World" was an instant classic in the early '90s on ABC. It was such a hit that they decided to create a spinoff series called "Girl Meets World" over twenty years later. Though the spinoff only lasted three years it was still a heartfelt hit on the Disney Channel. Let's catch up and see what the cast is up to today.

Since "Girl Meets World," Savage has appeared the show "Still the King" playing the role of Gene in 2017. Although he hasn't had too many other high profile acting roles, he keeps fans excited through social media and attending tons of conventions and other events with his "Girl Meets World" cast mates.

Danielle Fishel is also one of the cast members from the original show "Boy Meets World," where she played the role of Topanga Lawrence. Fishel reprised her role as Topanga in "Girl Meets World" now portraying a mother of two. In between shows, she primarily was a host on the show "The Dish" which was essentially an entertainment news talk show.

Since the show ended in 2017, Fishel hasn't done much acting, instead jumping into the world of beauty! She created a natural hair care line called Be Free that specializes in natural shampoos and conditioners. She also just gave birth to her first child in July 2019, welcoming a son with her husband Jensen Karp.

Since the show ended, Maturo has continued acting in the Disney realm, but doing primarily voiceover work. He currently is the voice of Puck McSnorter on Disney's "Mickey Mouse Mixed Up Adventures." He also completed filming the movies "Shepherd: The Story of a Jewish Dog" and "Slapface," which are both in post-production.

Corey Fogelmanis played Farkle Minkus on "Girl Meets World," who was the son of Stuart Minkus, an original cast member on "Boy Meets World." Farkle was one of Riley's best friends and he appeared in nearly every episode. Before getting the role of Farkle, Fogelmanis appeared in one-off's on some television shows like "House of Lies" and "Partners," but like the rest of the cast, "Girl Meets World" was his breakout show.

Life after "Girl Meets World" for Fogelmanis has included some occasional roles in shows and movies. In 2017, he appeared on the television show "PrankMe" playing the role of Jasper Perkins. And in 2019 he appeared alongside Octavia Spencer in the movie "Ma," where he played Andy.

Since the show ended back in 2017, Mitchell-Townes has not really continued acting. You can soon see him in a movie titled "Puzzled" which is currently in post-production, but his main focus right now is music. His rap pseudonym is Uhmeer and he was featured on his friend and fellow "Girl Meets World" alum, Sabrina Carpenter's song "Hold Tight" in 2018. It makes sense that he would want to focus on his music career, after all, his dad is DJ Jazzy Jeff. So, musical talent must run in the family!

Rider Strong is another OG "Boy Meets World" cast member. He played Shawn Hunter, who was Cory's best friend. In "Girl Meets World," he reprised his role of Shawn, who became Maya Hart's stepdad. In between shows, Strong continued to act, but primarily appeared in independent movies like "Cabin Fever" and directed a series of short films with his brother, Shiloh Strong.

Since "Girl Meets World" ended, Strong has continued to act primarily on television and has done some voiceover work. He voiced several roles in "Mighty Magiswords," which was a short series that aired from 2017 - 2018. Currently, he voices the role of Tom in "Star vs. The Forces of Evil." He also wrote a play in September 2019 called "Never Ever Land." When Strong isn't acting, he hosts a podcast about books and writing, titled "Literary Disco."

Life after "Girl Meets World" has been pretty consistent for Kolker. She has continued to act, appearing in the horror movie "Insidious: The Last Key" in 2018 and she currently appears on the Disney Channel show "Sydney to the Max" playing the role of Olive Rozalski. She will reprise her role of Young Elise in the upcoming 'Insidious' movie called "Insidious: The Dark Realm," which will come out later this year.

Walker ended her stint on "Girl Meets World" in 2016, a year before the show ended. She then participated as a contestant on the reality singing competition show "The Voice." She was eliminated in the top 11, but she still continues to sing and recently released a single titled "Desert Mermaid" on SoundCloud.

Uriah Shelton played Joshua Matthews on "Girl Meets World," who was actually the teenaged uncle of Riley and younger brother to Cory. Before the show, Shelton had a budding television career with recurring roles in "The Glades" and "Blue."

Since "Girl Meets World," Shelton has continued to act, and he had a small, but pivotal role on the Netflix show "13 Reasons Why." Just last year he played Longwell on the Hulu mini-series "Looking for Alaska." He is also playing a role in an untitled thriller directed by Christopher Landon, which is currently in post-production.

Cheryl Texiera played Katy Hart on "Girl Meets World," Maya's estranged mom and Shawn's eventual wife. Before the series, Texiera already had an established career which started in 2008 in several short films. Her career picked up speed from there, getting roles on "It's Always Sunday in Philadelphia" and "Confessions of a Bartender."

Since "Girl Meets World," Texiera has continued to act and produce films with her production company CrazyChic Productions, which she founded in 2012. She most recently appeared on shows like "Suspense" and "The Connors," and will be seen in the films "Bachelorette Weekend" and "The Tarot" which are still in production.

Peyton Meyer played Lucas Friar on the show, who ended up being Riley's boyfriend in later seasons of the show. Before scoring the role of Lucas, Meyer also had a role on another Disney Channel's show called "Dog with a Blog" where he played the role of Wes Manning. Those were his two first breakout acting roles.

Since "Girl Meets World" ended in 2017, Meyer has continued to act primarily on television. In 2017, he was on the show "Versus" and played the role of Ethan, but the show only lasted for one season. He currently appears on the show "American Housewife" where he plays the role of Trip Windsor.

Sabrina Carpenter played Riley's best friend Maya Hart on "Girl Meets World." Before the show, she appeared on the show "The Goodwin Games" and was already a pretty successful singer. Her debut single came out in 2014, around the same time that "Girl Meets World" began.

Since the show ended in 2017, Carpenter has continued to sing, creating the albums Singular: Act I and Singlular: Act II in 2018 and 2019, respectively. She also voiced the role of Princess Vivian in "Sofia the First," appeared in the film "The Hate U Give" and the Netflix movie "Tall Girl." She also has two movies titled "Clouds" and "Work It" in post-production.

Rowan Blanchard played the main "girl" in "Girl Meets World," Cory and Topanga's daughter Riley. Before the show, she appeared on a Disney Junior short show called "Dance-A-Lot Robot" and had small roles in movies like "Spy Kids 4-D" and "The Back-Up Plan," but "Girl Meets World" was her breakout role.

Since the show ended, Blanchard has continued to work primarily in television. In 2017, after "Girl Meets World" ended, she gained a recurring role on the family sitcom "The Goldbergs" as Jackie Geary. Most recently, she is set to make an appearance on the show "Snowpiercer" which will air in 2021.