Where Are They Now? The Cast of “Good Luck Charlie”

Kelly McInerney
Where Are They Now? The Cast of “Good Luck Charlie” December 30, 2019Leave a comment 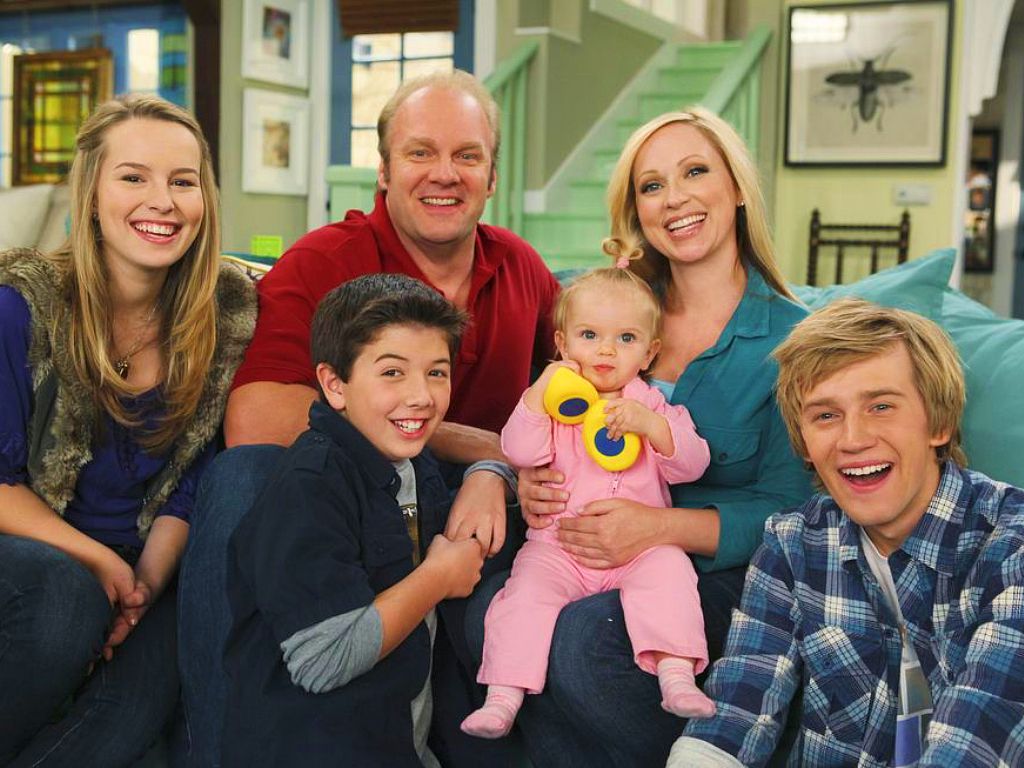 "Good Luck Charlie" was a very fun and cute Disney Channel show based on a family with four children. When their fourth child, Charlie, is born, the parents put the new daughter into the hands of the three oldest kids. The show lasted four seasons from 2010 to 2014. It's already been nearly six years since the show has ended so let's look back and see what happened to a few of a your favorite Disney stars...

Bridgit Mendler played Teddy Duncan, one of the main characters on the show. She was the second oldest child and made video diaries each episode for her little sister, Charlie. During her role on "Good Luck Charlie," Mendler was also on Disney's "Wizards of Waverly Place."

Since the show ended Mendler focused a lot on both her music and acting career. She released her first album "Hello My Name is..." while on the show in 2012. Since then she released an EP called Nemesis in 2016. She also appeared on the show "Undateable" and can now be seen on the Netflix show "Merry Happy Whatever."

Leigh-Allyn Baker played the mother of all the children, Amy Duncan. Baker had been acting for over ten years when she landed the role of Amy and actually, a majority of her roles were in voiceover work. She lent her voice to shows like "Spider-Man: The Animated Series" and Marvel video games like "X-Men Legends."

Baker has continued to pave her way in voiceover acting. After the show ended she got roles on various Disney animated shows like "Jake and the Never Land Pirates" and "Mickey Mouse Mixed Up Adventures." She also appeared on the "Will and Grace" reboot playing the character she played when the show first aired.

Perry played the third child named Gabe Duncan on the show "Good Luck Charlie." He had a budding career as a child actor, playing small roles in movies like "Old Dogs" and shows like "Without A Trace." Playing the role of Gabe on "Good Luck Charlie" was his breakout role.

Since the series ended in 2014, Perry hascontinued to act in several shows like Disney's "Descendants: Wicked World," "WTH: Welcome to Howler," and "Schooled" which came out just this year. "Schooled" is a spinoff show of "The Goldbergs" and airs on ABC.

Jason Dolley played PJ Duncan the oldest of the Duncan clan of kids. He isn't the smartest but is known to be the nice one. Before joining the "Good Luck Charlie" cast, Dolley was on several hit shows like Disney's "Cory in the House" and the family sitcom "Complete Savages."

After appearing on the show, Dolley appeared on several other shows like "American Housewife" and "The Ranch." He is currently filming the movie "Secret Agent Dingledorf and His Trusty Dog Splat" where he plays the role of Wing Nut. He also is active on Instagram and Twitch.

One could argue Goodwin is the most successful star to come from the "Good Luck Charlie" cast. After the show ended, she got on the Showtime show "SMILF" and the successful BET show "Being Mary Jane" playing Niecy, who is Mary Jane's favorite niece on the show. She also got engaged to Micah Williams who co-starred alongside her on "Good Luck Charlie."

Shane Harper played Spencer Walsh, Teddy's high school boyfriend on the show. They broke up and got back together several times on the show. While appearing on the show, Harper also appeared on MTV's "Awkward" and in the film "God's Not Dead."

Since the show ended in 2014, Harper has still continued to act. He appeared in the "God's Not Dead" sequel entitled "God's Not Dead: A Light in Darkness" in 2018. He also tried his hand at music, releasing the single "Like I Did" in 2016. He is also appearing on the show "A Teacher" which is in pre-production and is scheduled to air next year.

Mia Talerico played the title character and youngest child of the Duncan family: Charlie. She started on the show when she was just 11 months old and ended it when she was four years old. She wasn't the only one that played Charlie, Ava Sambora (daughter of Heather Locklear and Richie Sambora) played her as a 14-year-old in a flash-forward scene.

Talerico is now 11 years old and is still acting. She appears on the YouTube show "Mani." She is still attending school and is in the 5th grade. She has an active Instagram where she just posted this festive photo recently. She also has her own YouTube channel where she has over 50k subscribers.

Eric Allan Kramer played Bob Duncan, the patriarch of the Duncan family. Similar to his show-wife, Kramer had quite the acting career even before "Good Luck Charlie." He had roles on "The Hughleys" and "Hollywood Residential."

After "Good Luck Charlie," Kramer continued to act in several hit shows like "Mike and Molly" and playing a villain in the Nickelodeon show "The Thundermans." Most recently he can be seen playing the role of Scott Miller on AMC's dramedy "Lodge 49."

As previously stated above in Goodwin's post, Micah is engaged to Raven Goodwin. The two of them met on "Good Luck Charlie." He hasn't done much acting since the show came to a close. His most recent role to date is a small role in the series "Snowfall" playing Homie #1.

Patricia Belcher played Estelle Dabney on the show, the Duncan's next door neighbor. Belcher had already been quite the character actor since the early 90's. She appeared in various movies, shows, and video games including "Sister, Sister," "Boston Legal," and "Bones."

Since the show ended in 2014, Belcher continued to act on "Bones" until that series ended. She also had roles in other shows and movies, most recently a recurring role on the show "Teachers" which aired this year as well as being on episodes of "Will and Grace" and "Young Sheldon."

Ellia English played Mary Lou Wentz on the show, she was the mother of Ivy Wentz. English had been acting since the 1980's when she got the role on "Good Luck Charlie." She also had recurring roles on "Curb Your Enthusiasm" and "The Jamie Foxx Show."

After "Good Luck Charlie" ended English continued to act, she even created a Twitter but hasn't updated it much. She also appeared on the show "Code Black" which aired on CBS from 2015 to 2018. She also has several movies in pre and post production including Wizardream and The Gospel Truth.

Samantha Boscarino played Skyler who was Teddy's friend and PJ's girlfriend before she moved to New York and her character later ends up with PJ. Boscarino had acted in several shows and movies before landing the role of Skyler. She appeared on Nickelodeon's "How to Rock" as one of the main characters.

After "Good Luck Charlie" ended, Boscarino appeared in several shows and movies but not as a recurring role like in "Good Luck Charlie." She has been on episodes of "Shameless," "The Resident," and "Slay," the latter of which aired earlier this year. She also has an Instagram that she occasionally updates.

When "Good Luck Charlie" star Bridgit Mendler got engaged to her boyfriend earlier this year, Leigh-Allyn Baker posted this sweet get together photo of the whole family! They have all grown up so much since the show ended, but they continue to be a close-knit bunch.