Where Are They Now? The Cast of “Shake It Up”

Kelly McInerney
Where Are They Now? The Cast of “Shake It Up” December 16, 2019Leave a comment 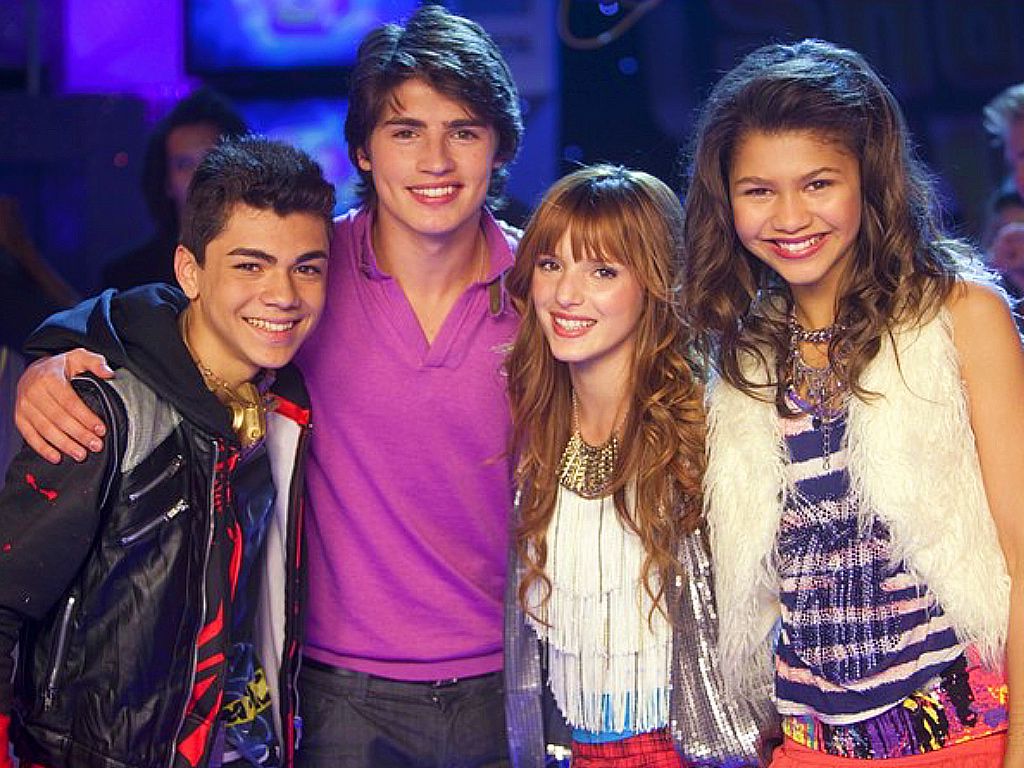 The Disney Channel original show "Shake It Up" premiered nine years ago back in 2010. The show told the story of two best friends who were backup dancers for a show called "Shake it Up Chicago" and all of the wacky adventures the two of them and their friends got into. The show lasted three seasons and had some pretty big star power. Let's check in and see what the cast of "Shake It Up" are doing now.

After "Shake It Up" ended Cleveland appeared in some shows like "Rizzoli and Isles," the Nickelodeon movie "Rufus" and its sequel "Rufus 2." But he has disappeared from the Hollywood scene since 2017. He does have an instagram account that he updates recently and it looks like he's just enjoying a normal life.

Fegan played Ty Blue on the "Shake It Up" and he's played the older brother to Rocky. At first he didn't work with Rocky and CeCe on the "Shake It Up Chicago!" dance show but ended up auditioning and becoming the host of the show. Before "Shake It Up," he appeared in the Disney Channel move "Camp Rock" and its sequel "Camp Rock 2" alongside Demi Lovato and the Jonas Brothers.

Since "Shake It Up" has ended, Fegan has appeared in several shows, and even has a music career. He recently appeared on the hit HBO show "Insecure." Most recently he had a role on the show "Greenleaf" and this year he had a voice in the "How to Train Your Dragon" Netflix spinoff show titled "Dragons: Rescue Riders."

Irigoyen played the role of Deuce Martinez who was the sort of fun con-artist of the show. He was always constantly selling people things inside his jacket. Before "Shake It Up," he played a one-off character in an episode of "Wizards of Waverly Place."

Irigoyen has since had a career similar to the other supporting male cast members on the show. He had several regular characters in shows like "The Fosters" and "The Last Ship." Most recently, Irigoyen can be seen in an episode of "The Resident" and an episode of "Henry Danger" both of which came out this year.

Caroline Sunshine played the role of Tinka Hessenheffer on the show. She was one of the other dancers on the "Shake It Up Chicago!" show. Before starting on the show Sunshine had small roles in the movie "Marmaduke" and the show "A.N.T. Farm."

Sunshine has made the most drastic career change out of the cast and quite possibly out of all of any Disney Channel show star. She got a job working at the White House. She began as a White House intern in college but in May 2018, she joined the team as a press secretary for the Trump administration.

Kenton Duty played Gunther, the fraternal twin to Tinka. He danced on the show for the first two seasons. It was unclear why he left and didn't participate in season 3. Before "Shake It Up," he had a character arc on the hit show "Lost" and the show "Ctrl."

After being a central character for two seasons of "Shake It Up," Duty continued to act. In 2018 he played a reccurring role on the show "Hilton Head Island" and he currently has a movie called "A Life Connected" in post-production. He also has a debut EP coming out soon and a podcast about dating called Relationship Goals.

R. Brandon Johnson played one of the co-hosts of the fake show "Shake it Up Chicago!" The character was a bit cocky and took credit for other people's work. Before doing "Shake It Up," Johnson played a small role on the other Disney Channel hit show "Hannah Montana." He also had a prominent role in the soap opera "One Life to Live" from 2003 - 2008.

Since the show ended, Johnson has continued to act in several shows and movies but has transitioned most of his career into hosting. He was a host on the competition show "72 Hours" where three teams are dropped into the wild and have 72 hours to find a briefcase-containing $100,000. Currently he hosts the "Fully Alive" talk show and podcast.

Anita Barone played Georgia Jones, CeCe Jones' mom on the show. Before joining the "Shake It Up," she was already a regular television actress. Barone had main character roles on shows like "The Jeff Foxworthy Show" and "The War at Home." She also appeared in small roles on hit shows like "Friends" and "Chicago Hope."

Since "Shake It Up" ended in 2013, Barone has been occasionally acting but not as much anymore. After 2014 she took a break and then jumped back into it in 2016 and 2017. Her most recent project was playing the role of Sophie in one episode of the new show "A Million Little Things" which came out earlier this year.

After "Shake It Up" ended, Bailey took a few more acting roles in shows like "My B.F.F." and most recently in the Netflix teen drama "13 Reasons Why" in 2018. Bailey has now jumped into doing stand up comedy. She recently promoted a comedy show she was performing on on her twitter account.

Buddy Handleson played Henry Dillon on the show "Shake It Up." Henry was Flynn's best friend on the show and CeCe's math tutor. Before appearing on this Disney show, Handleson appeared on basic cable shows like "Sons of Tuscon" and "Mr. Sunshine," although both shows barely lasted one season.

After the Disney show ended, Handleson continued to act. He starred as one of the title characters in Nickelodeon's "Wendell and Vinnie" and "Bella and the Bulldogs." Currently he is very active on his twitter and instagram accounts. Just this year he appeared in an episode of "Sydney to the Max."

Leo Howard played the role of Logan on "Shake It Up." He appeared in the third season as the son to Georgia's boyfriend Jeremy. Before appearing on "Shake It Up," Howard appeared in Disney Channel's short-form show "Leo Little's Big Show" playing the title character.

Since the show ended, Hunter has continued to make his way in acting, specifically on television shows. Most recently he's appeared on the streaming shows "Why Women Kill" and "Santa Clarita Diet," both of which came out this year. He also appeared on "Legacies" this year, too.

Anthony Starke appeared on the first half of season three's "Shake It Up" playing the role of Captain Jeremy, Georgia's boyfriend. Before appearing on the show Starke had a pretty lengthy acting career. He began in 1985 and appeared on several hit shows like "E.R." and "Prison Break." He also appeared on the show "Make It or Break It" the same time he was on "Shake It Up."

Since "Shake It Up" ended, Starke has continued to appear on shows and low budget movies. He hasn't done as much acting as he did pre-"Shake It Up" but it has still been pretty consistent. Starke's most recent roles were on the new "MacGuyver" in 2018 and a short called "The Scorpion's Tale."

Zendaya played one of the main characters on the show named Rocky. "Shake It Up" was her first acting role in her career. But, she already had a burgeoning career as a backup dancer and child model. She starred on the show for all three of its seasons and even appeared in Disney crossover episodes with the cast of "Good Luck Charlie."

After "Shake It Up," Zendaya's career has continued to grow and reach new heights. She has continued to pursue acting and is now most notably known for playing the pivotal role of Mary Jane in the latest Spider-Man franchises. She also sings on occasion like in the musical movie "The Greatest Showman," which she starred in back in 2017.

Bella Thorne was the other main star of "Shake It Up," playing the role of CeCe. Unlike Zendaya, Thorne already had a career as a child actor before "Shake It Up." She appeared in shows like "Dirty Sexy Money," "Little Monk," and "Big Love" pre-becoming a Disney Channel darling.

Post-"Shake It Up" Bella has also had a relatively steady career in acting. The year after the show ended she appeared in the movie "Blended" with Drew Barrymore and Adam Sandler. Most recently, she starred in the show "Famous in Love," and her latest show "Paradise City" is currently in post-production. She has also made headlines for breaking out of the Disney mold by endorsing cannabis products and directing an X-rated film.