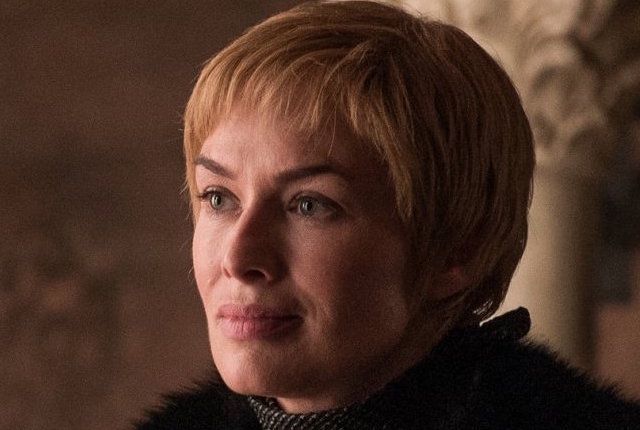 Cersei looms large over Game of Thrones. She's the ultimate villain and the character with the most texture. And she gets all the best lines. It doesn’t hurt having someone as talented as Lena Headey making every barb, insult, drag, or bon mot into 24-karat gold. But what makes Cersei such a great villain and a factory for memorable lines is that no matter how terrible she is, we understand her. She suffered in an abusive marriage, with no autonomy or agency. And she's lost all her children and everyone she loved. Of course she's going to murder enemies, blow up septs, and have children thrown out of windows. So here are Cersei Lannister's best quotes from Game of Thrones.

“He’s right to be afraid and a coward to run.”

Cersei is Westeros’ commander-in-chief of bitchy turns of phrase, and there is very little as satisfying as when you think she’s showing empathy but actually is just being Queen Shade. All the better when she does it while Euron Greyjoy is still basically in earshot.

“I don’t sleep very well, not at all really. I lie awake and stare at the canopy and imagine ways of killing my enemies.”

Another monologue during a torture scene. And another all-time classic. This time, Cersei is getting her revenge on Ellaria Sand for killing Cersei's daughter. If you come for Cersei, most likely you're going to end up shackled and terrified while she swans around giving Emmy consideration clips.

“I will not kneel before some bare-footed commoner and beg his forgiveness.”

One of my biggest problems with the whole Faith Militant plot is that Cersei is smarter than getting herself mixed up with the High Septon. She is a tactician, and empowering the High Sparrow just doesn’t seem that tactful. With that being said, it gives her plenty of opportunity to do what she does best, and that is feed our cold-dark hearts with her drags, teardowns and shade.

Cersei makes a joke, and Jon Snow tries to shut it down. She is trying to lighten the mood, Jon; why do you have to constantly be such a buzzkill? Well, Cersei is never one to let someone have the last word, and her response is one of the best Lena Headey line readings in the show's seventh season. Jon Snow might be a match for Cersei, but Kit Harrington is no match for Lena Headey.

It's interesting that "Game of Thrones" gives some of its most thoughtful and tender relationship moments to an incestuous brother and sister that are constantly murdering people. But in these lines we get Cersei, the power of that love, who she is, and why she is the way she is. It might not be right to ship Cersei-Jamie, but it’s OK.

“Look at me! Look at my face! It’s the last thing you’ll see before you die.”

The minute she says it, you know it’s true. It might take a while to come to fruition, but Cersei always makes good on a threat, and what an absolutely Cersei threat it is.

Cersei on Being a Just Ruler

“A good king knows when to save his strength and when to destroy his enemies.”

So many of Cersei’s best lines are advice. In fairness, you could do worse taking advice from the most powerful woman in Westeros. She did get to her position mainly by cunning and pure dedication. While some of her advice is terrible, this one is just cold, hard, fact that should be taken to the bank for any aspiring despot.

“She was mine, and you took her from me. Why did you do that?”

While we mostly love Cersei for her drags and reads, there is just something so heartbreaking about her asking Ellaria why she killed her daughter. We all know Myrcella was her favorite, and the loss of her daughter turns Cersei from a flawed, damaged woman into an irredeemable despot. No line she utters before or after shows such pain and vulnerability.

Cersei on Being Part of the In Crowd

“Everyone who isn’t us is an enemy.”

Like so much of what Cersei does, says, wears, and imbibes, this is iconic. It presents her worldview so clearly. What is so crucial about Cersei as an antagonist is that we are both horrified by her, and at the same time totally understand where she is coming from. It is this duality that makes her the villain of villains, and, to a certain subset, the show’s true hero. No one else on the show is as complex, and this line gets to the heart of who this character is.

“An unhappy wife is a wine merchant’s best friend.”

“Love is poison. A sweet poison, yes, but it will kill you all the same.”

The blind leading the blind.  Every bit of advice that Cersei gives Sansa is terrible, but also kind of true. You know she has the experience to back it up (what with her incestuous, decades-spanning love affair with her brother). It might not be the advice Sansa wanted, but I bet she is looking back at her marriage(s) and past loves and thinking Cersei had a point.

“The occasional kindness will spare you all sorts of trouble down the road.”

The "do as I say, not as I do" advice. It really is mind-boggling that Cersei was the voice of reason in her relationship with Joffrey. I mean this is a woman who blew up the Great Sept with members of her own family inside. What's tragic about this is it's the one piece of her own advice she probably should have heeded.

Cersei’s revenge on Septa Unella is basically one long, great quote. But it's her confession that really burns the house down. Only Cersei could torture someone by telling that person exactly what they always wanted to hear.

"You are as big a fool as every other man. That little worm between your legs does half your thinking."

Cersei’s scenes with Tyrion are surpassed only by her traded barbs with the Queen of Thornes as the most enjoyable in all of "Game of Thrones." While Cersei is a little too blinded by her hate to get a proper read on Tyrion, she does hurl a perfectly formed insult at him.

“You disappoint me, child. We’ve told you of your father’s treason. Why would you want to speak to a traitor?”

There is nothing more hateable than Cersei play-acting virtuosity when plunging in the dagger. Cersei can just up-front come for you, read you to filth, and toss you aside. But she can also tear you down with a smile and a concerned look. Basically, you are no match for her. Auf wiedersehen.

Cersei on the Importance of Truth

"Someday, you'll sit on the throne, and the truth will be what you make it."

This scene and line is more relevant today, in a world of fake news and malleable truth, than when it premiered. There is so much bad parenting in this scene, you almost can forgive Joffrey for being literally the worst fictional human ever. “You are my darling boy and the future will be exactly as you want it” comes close, but there is just something so sinister about Cersei counselling her son on how to lie, and about the limitless nature of his power, that chills the bone.

"The more people you love, the weaker you are. You’ll do things for them that you know you shouldn’t do. You’ll act the fool to make them happy, to keep them safe. Love no one but your children.”

More advice to Sansa that is just absolutely terrible in one sense, but totally true in another. Anyone who has been in love can probably find something to relate to in this, even though we probably all wish we couldn’t. Sansa, she did warn you, girl.

“Everywhere in the world, they hurt little girls.”

One of my favorite types of Cersei quote is when she speaks truth to power. Prince Oberyn tries to tell her that Myrcella is safe in Dorne because they don’t hurt little girls there. Cersei knows better, and, sadly, she is proven right. Probably the only time she wouldn’t have enjoyed being proven so.

‘The gods have no mercy. That’s why they are gods.’

You can take this observation to the bank. As you are most likely gathering from this collection of quotes, Cersei is not a glass-half-full kind of person. She can get a little bleak at times, which is why it's good to know she shares her pessimistic worldview with wine in hand, and dressed to the nines.

“The only way to keep your people loyal is to make certain they fear you more than they do the enemy.”

More questionable Cersei advice. This tip is most likely not going to pay off by the end of the show. But it has yet to be proven wrong. For now. It doesn’t mean she’s right, but I’m sure there is worse advice on leadership out there.

“Tears aren’t a woman’s only weapon. The best one’s between your legs.”

In the pantheon of terrible advice Cersei gives to Sansa, this has to rank at the top. She isn’t quite the enlightened feminist we would hope. Then again, she was married off to secure a political alliance, so it has to be put in context. Lena Headey’s delivery of this line should have secured her an Emmy on its own.

"Half the Targaryans went mad, didn’t they? What’s the saying? 'Every time a Targaryan is born, the gods flip a coin.'"

Cersei teaches history! If anyone ever tells you history is boring, remember it is essentially story time. So if you are bored, then someone isn’t telling it right. I assume if Cersei were an actual history prof, we would have a generation of very passionate historians giving us truth and shade in equal measure.

Cersei on the Sisterhood

"If you ever call me sister again, I'll have you strangled in your sleep."

Margaery, read the room! Every time Cersei and Margaery Tyrell go head-to-head it is instantly classic. Sometimes Marg ends up on top, sometimes Cersei, but nothing said on either side ever hits as hard or as enjoyably as this early threat. You’ve been warned, sis.

"You want to rule? This is what ruling is: lying on a bed of weeds, ripping them out by the root, one by one, before they strangle you in your sleep."

In terms of sheer beauty in the actual words Cersei has to say, nothing matches this. It is one of the most powerfully visual lines in the whole series, and it perfectly captures the world in which these characters live.

Cersei on the Game of Thrones

“When you play the game of thrones, you win or you die. There is no middle ground.”

It could only be this as the best Cersei quote of all time. It is the title of the show. It sets off the action that propels the rest of the series. And it is just such a great line. The ring the words have, the directness, and how they set up the world of the series. It's the perfect line, the best Cersei line, and, along with "Winter is coming," the summation of the entire series.