Camila Villafane
Beloved Christmas Movies You Grew Up With That Are Actually Complete Garbage November 29, 2017 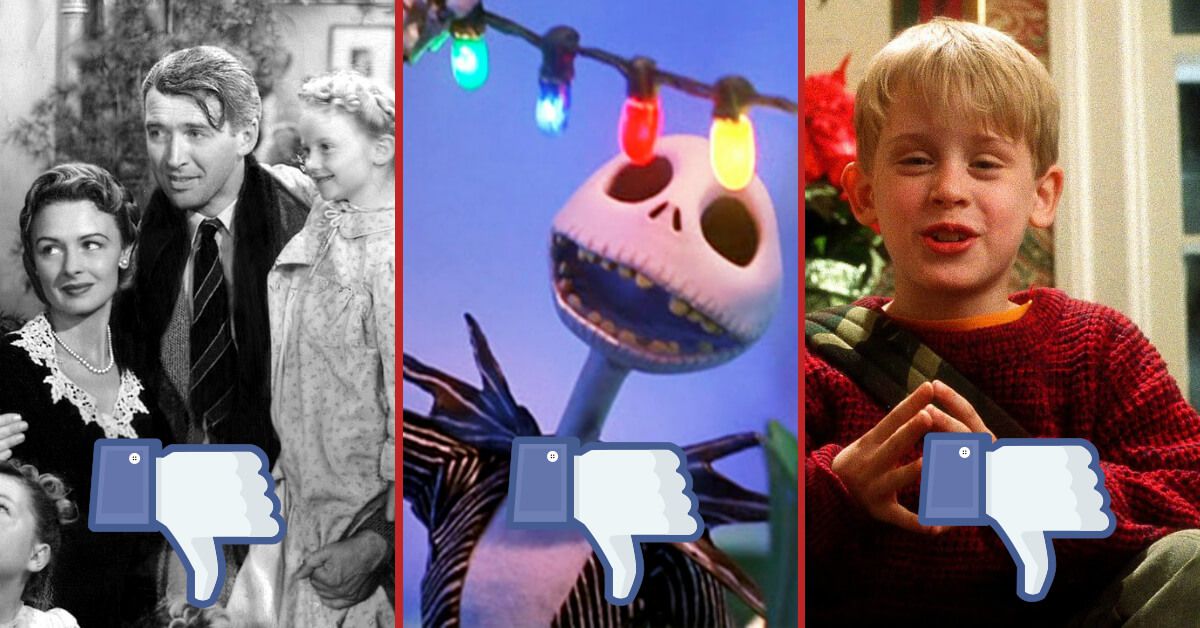 It's the most wonderful time of the year. But the only thing you can count on are some seriously bad childhood holiday movies on TV. They're scary simply because of all the plot holes and bad messages that we totally missed. So, here's a list of the worst Christmas films ever that might just rain on your Christmas parade. Boo.

Buddy gets left on the doorstep of Santa's shop by mistake. Raised as an elf, he later learns he's human, and travels to New York. But since candy was all he ate, Buddy should have been diabetic. He also chops down a tree in Central Park which would have made cops lose their shit.

Not only is the origin story of Santa totally bizarre, but you also have to deal with a disgruntled elf who quits and lands a job in NYC with an evil tycoon who floats away in the end.

Why is it bad? They left Kevin home alone by accident. Sure, he was a little a--hole, but he didn't deserve that. Oh, and only in movies does an entire freaking neighborhood leave on vacation for the holidays. And the parents leave Kevin alone again for the sequel. Bad parenting!

The screaming kids in the film is torture. Plus, there's bullying, teasing, oh, and Ralphie, who is too obsessed with a BB gun. Then there's the racist undertone in the final scene, when the family visits a Chinese restaurant and no one can pronounce the letter L.

Watching Arnold Schwarzenegger come to blows with another dad to get their son the last Turbo Man was pathetic. The moral (or lack of one) of the story is that it's totally okay to be materialistic. And don't even get us started with Arnie turning himself into Turbo Man.

"Beauty and the Beast: The Enchanted Christmas," 1997

The most obvious plot hole is that the Beast is still a beast. We can only assume this happened before the end of the first film so naturally the ending is anti-climactic. Also, the songs aren't nearly as unforgettable as the original soundtrack.

Ernest accidentally kills a passenger who fell out of his cab on the highway. While dropping the corpse off at the airport, he runs into a bummy Santa, who wants his help to find a replacement. The movie also taught us not to use bolt-cutters to cut electrical wires.

A little girl name Jessica tries to reconnect with her emotionally closed off dad when she finds a wounded reindeer she believes belonged to Santa. Why is this lame? Cause most dads living in the woods would barbecue that Rudolf in a second.

Facing financial ruin, George Bailey wants to jump off a bridge, when an angel shows up and shows him what life would be like if he'd never been born. Attempted suicide, an ingrate who's willing to leave his kids fatherless. Killer Christmas message, dad.

Kris Kringle fills in for drunk Santa in Macy's Thanksgiving Parade then claims he's Santa, leaving the courts to question his sanity. But in the trial, they mention the post office was founded in 1776 instead of 1775. Kris doesn't seem to know who President Adams VP was either.

The ghosts of Christmas past, present, and future visit Scrooge in order to teach him the meaning of Christmas. He was forced to become a “better person,” otherwise, he would be punished. It would’ve been nice if he had reached that conclusion all or on his own.

While the movie is a semi-decent representation of the book, the plot stretches for an hour and a half, with the Grinch's personality being far more comedic than the book's evil and dry-humored counterpart.

On Christmas Eve, Scott kills Santa and is magically beamed to the North Pole, where an elf tells him he has to become Santa. But they leave us with unanswered questions like, where did dead Santa go or why aren't the elves sad about it? Or why Mrs. Claus isn't up Scott's butt?

When the McCallisters fly to Florida, Kevin gets sidetracked at the airport and ends up in the Big Apple. Why does it suck balls? Aside from two crooks trying to kill him, Kevin's parents should have been locked up for being so careless again.

"The Nightmare Before Christmas," 1993

When Jack, the king of Halloween Town, discovers Christmas Town, he confuses everyone by trying to bring Christmas to them. One thing we don't get is how did Lock, Shock and Barrel stuff Santa in a sack and dragged him to Halloween town without anyone noticing?

Charlie Brown directs a Christmas play, and uses a tree as a prop which the magic of Christmas changes in the end. Lucy misdiagnoses Charlie with ailurophasia, instead of ailurophobia which is a phobia about cats. Given the popularity of the show, you’d expect a more compelling and entertaining plot.

A boy learns about nauseating things like friendship and bravery while journeying to the North Pole. Yawn. One thing we don't get is why parents don't question where the presents and stocking stuffers came from on Christmas morning. Hmmm.

The movie was unbearable mainly because Tim Allen and Jamie Lee Curtis's characters are social outcasts and unlikable. Plus, they don't seem to be fans of Christmas, which is a real letdown when you sit and watch a movie about the holidays.

Rudolf and friends search for a place that will accept them for who they are. One thing we can't accept is Rudolf's throat and chest markings changing a lot towards the end of the movie. Also, his nose keeps changing size and shape when Santa asks him to guide his sleigh. Did he smoke something?

Ben Affleck plays a depressed millionaire who returns to his childhood home and pays the family living there to pretend like he's a member of their family. Insane, right? But not nearly as watching a grown man trying to slide down the stairs and nearly breaking his neck.