Jen Arbues
Comic Movie Casting Decisions That Brought On The Worst Nerd Rage Ever May 30, 2018 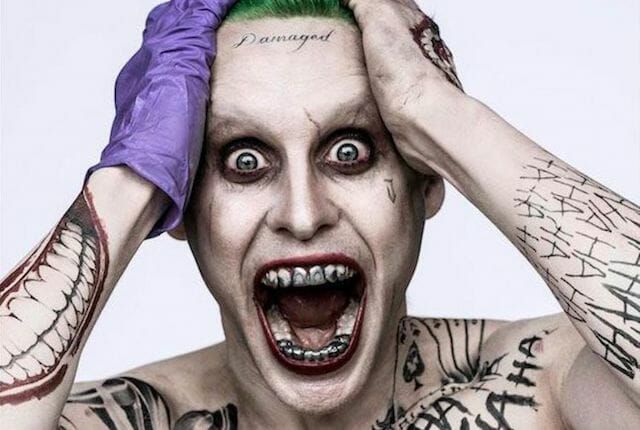 Don't ever piss off a bunch of comics fans

If ever there was a subculture near impossible to please, comics fanboys are it. They know every origin story, limited-series run and guest artist. And you can bet your ass they have a particular vision of who should star in whatever superhero movie Hollywood produces next week. Granted, not every casting decision is the right one. Just look at January Jones in X-Men: First Class. Or Topher Grace in Spider-Man 3. Or literally everyone in Batman and Robin. But, sometimes, the level of fanboy anger aimed at comic movie casting is just plain unwarranted. And in cases where an actor simply doesn’t look like the character they’re playing, it’s stupid. So here are the casting decisions that have set off the worst cases of collective nerd-rage.

Over the years, Keanu Reeves has proven himself to be a worthy undercover FBI agent, a cop with superior bomb expertise, and “The One.” But when he was announced as the title character in 2005’s Constantine, fans of the Hellblazer comic the film was based on were sure he was anything but the right one. Maybe it’s the fact that he looks completely opposite the character. Or that he isn’t at all British and could never pretend to be. Or maybe no one could actually picture the same guy who played Ted as a world-renowned magician and exorcist.

[dx_custom_adunit desktop_id="RTK_K67O" mobile_id="RTK_5yk0"] Diehard Spider-Man fans had a lot to complain about when 2017’s Spider-Man: Homecoming was first announced. Why did we need another Spider-Man movie? Who the hell is this Tom Holland kid? Couldn’t we have a Miles Morales film instead? But the biggest complaint came when it was rumored Disney star Zendaya would be taking on the role of Mary Jane Watson, Peter Parker’s great love interest. Because, you know, she’s not a redhead, or whatever.

For as many comic book character adaptations as we’ve seen over the years, fanboys really have a hard time letting go of one particular version once it’s been made popular. As if the pages it’s drawn upon are set in stone. And if a casting choice involves a race change, you can bet your ass there’s going to be serious backlash. Joke’s on the haters this time, though: Beetz wound up being the very best thing about the Deadpool sequel.

To be fair, at the time Evans was cast as Captain America, he wasn’t exactly killing it in the role department. Remember when he played Johnny Storm in 2005’s Fantastic Four? How about his acclaimed work as “Harvard Hottie” in 2007’s The Nanny Diaries? We can see where the hesitation came from, is what we’re saying here.

The DC nerds of Twitter got up in arms when it was announced that actress/model Gal Gadot would be donning the infamous Lasso of Truth. After all, how could she possibly play Wonder Woman when the biggest credit to her name was the Fast and Furious franchise? There’s no way in hell an actress who also happens to be gorgeous could play an Amazonian warrior goddess. Because it’s such a serious role. And not at all geared toward someone with looks. Who would have to run around in what’s essentially a soft armor bathing suit.

Bruce Banner has historically been kind of tough to cast for. True Hulk fans will never see anyone other than Bill Bixby and Lou Ferrigno in the role. And when we got that 2003 Ang Lee disaster starring Eric Bana, we’re pretty sure everyone who ever loved the character died a little inside. Edward Norton managed to redeem it to a certain extent, so when he was replaced with Ruffalo — without warning, it seemed — there was some… hesitation on the fans’ parts.

You’ve got to feel a little bad for Idris Elba. James Bond author Anthony Horowitz famously deemed him “too street” to play 007 (read: too black). And fans of a fictional comic character based off a mythical Norse god basically said the same thing when he was cast as Heimdall. Keep in mind this is the same actor who had a guest run on The Office and voiced a sea lion in Finding Dory.

[dx_custom_adunit desktop_id="RTK_K67O" mobile_id="RTK_5yk0"] Like we all weren’t up in arms about having the guy from The Social Network and Now You See Me play one of DC’s greatest villains. Jesse Eisenberg is really good at playing one character: the spazzy, awkward boy genius. Lex Luthor is none of those things. It’s probably safe to place at least a sizable majority of the blame for Batman v Superman’s failure on Eisenberg’s shoulders.

Remember pre-2014, when Chris Pratt was just your average, everyday, chubby Parks and Rec actor? Before he dropped 60 pounds and gained a six-pack, thereby transforming into one of the most unlikely sex symbols in the entire Marvel universe? Yeah, those were good days, for sure..

Not that Momoa isn’t nice to look at sans clothing. We’ve all seen — and paused on — him on Game of Thrones. But Arthur Curry has typically only ever been portrayed as a blonde-haired, blue-eyed, vanilla sort of guy. Jason Momoa is anything but vanilla.

Honestly, we don’t know what all the fuss was about with Hathaway’s casting as Selina Kyle. Sure, she was never going to live up to Michelle Pfeiffer’s performance in 1992’s Batman Returns. But it’s not like she was ever going to be as bad as Halle Berry in 2004’s Catwoman. This was a low bar if we ever saw one.

Like Chris Evans, Ben Affleck had to contend with the fact that he had already played a superhero in one of the shittiest superhero movies ever made. Unlike Evans, Affleck taking on the caped crusader was always going to be a throw of the dice. He may not be on par with Keaton or Bale, but he would most likely be better than Clooney.

Nowadays, anyone over the age of 25 will tell you that the one true Batman was and will forever be Michael Keaton. Back when the Tim Burton film was being made in 1989, however, comic fans had a differing opinion on the matter. At the time, Keaton was best known for playing Beetlejuice, who is… on the opposite end of the character spectrum. He definitely proved his haters wrong though, and Batman ushered in a new wave of comic movies for even more fans to poorly critique.

It’s beyond unfortunate to see amazing actors get shit for being cast in a role originally written as another race. The world has changed, and so have comics. Unless we’re all holding out hope for a film adaptation of that Captain Marvel storyline where he owns a slave. Hint: We aren’t.

Tilda Swinton (The Ancient One)

On the other end of the race spectrum is the unfortunate casting choice of Tilda Swinton as a Tibetan sorcerer. As versatile as she is (and she is), the decision to put a white woman in a role many felt should have gone to an Asian actor sort of tainted the entire production of Dr. Strange. Which is a shame, because Benedict Cumberbatch is perfection.

Love him or hate him, the comic film industry would not be what it is today without RDJ and his portrayal of himself. Er, Tony Stark. Marvel took a huge gamble on him in 2008, crossing their fingers that the actor wouldn’t fall back into his famous bad habits. Because a hardcore blow habit does have a tendency to derail a production.

Ryan Reynolds had an understandably uphill climb with Deadpool. There was Green Lantern in 2011. Two years before that, we got X-Men Origins: Wolverine, which gifted us with the absolute goddam worst comic character portrayal ever on screen. That portrayal was, of course, Wade Wilson. So if Reynolds didn’t do Deadpool justice in 2016, there was a 100% chance that he would never work in Hollywood again.

Remember when we said Tilda Swinton was at least a versatile actress who was horribly miscast? Yeah, well, Scarlett Johansson is not. So, as bad as it was that Rupert Sanders decided to cast her as the lead in his adaptation of the Japanese manga Ghost in the Shell, it was a thousand times worse having to deal with her predictably wooden delivery.

At first, Joker fans seemed pretty willing to withhold judgement over Leto’s casting, especially when rumors were swirling that he’d be playing the tortured Jason Todd Joker, as opposed to a rehash of Heath Ledger’s The Dark Knight version. Then we got the publicity stills. And the whole thing reeked of a Hot Topic clearance rack. We know he’s insane; we don’t need the “Hahaha” tattoos to prove it.

[dx_custom_adunit desktop_id="RTK_K67O" mobile_id="RTK_5yk0"] Ledger actually won the Oscar for Best Supporting Actor posthumously for his turn as the Joker. But when it was announced that he’d be playing the Dark Knight’s arch nemesis in Christopher Nolan’s trilogy, all anyone could talk about was Brokeback Mountain and 10 Things I Hate About You. Not that either of those are bad films, though. We’d for sure re-watch the shit out of that teen Shakespeare adaptation.