Which DC Movies Are the Most Feminist?

Jen Arbues
Which DC Movies Are the Most Feminist? July 2, 2018 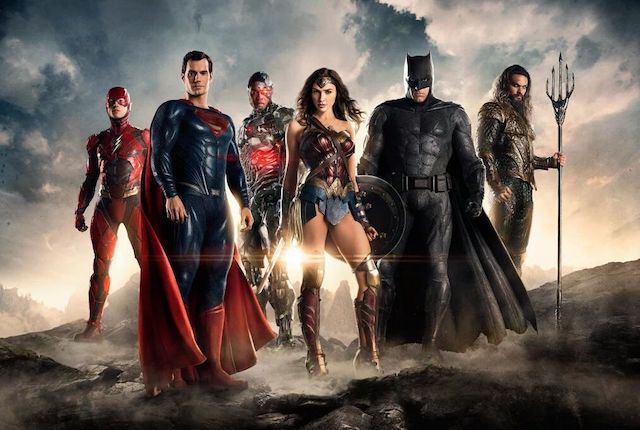 Superhero movies aren’t exactly famous for female representation. Generally, that representation comes in the form of leather swimsuit-esque costumes and little else. In 1985, Alison Bechdel wrote a comic strip called The Rule, which appeared in Dykes to Watch Out For. The Rule became the basis for what we know of now as the Bechdel Test: simply, it’s a test for gauging female representation in a film. There are three rules. First, there must be at least two named women in it. Second, those women have to talk to each other. And third, their conversation has to be about something besides a man. So, of course, we decided to create our own DC movies Bechdel Test rankings. The results may actually surprise you.

If you were hoping Michelle Pfeiffer’s Selina Kyle would be enough of a badass female character to carry Batman Returns into a higher position on this list, we’re sorry to disappoint you. Not only are there zero woman to woman conversations to try and break down by topic, but there isn’t even a second named female character. Zero out of three — “Ice Princess” and “Poodle Lady” are not names, dammit.

[dx_custom_adunit desktop_id="RTK_K67O" mobile_id="RTK_5yk0"] Sure, there are named women in 1995’s Batman Forever — one of them is even a doctor! But do any of them actually talk to each other? No. Let alone have the opportunity to discuss non-man related topics. One out of three, although Drew Barrymore and Debi Mazar’s Sugar and Spice should be enough to drop it down to a zero.

Thankfully, by 2011, we’ve at least reached the point in superhero films where we can have more than one named female. For Green Lantern, that means Carol Ferris and Amanda Waller. And that’s… all we can have. One out of three — Green Lantern is a steaming pile of garbage in general, but it’s a hair better than Batman Forever.

Ah, the very first of DC’s live action superhero films. Surprisingly, it isn’t the worst offender on our list. Of course, that’s only because of Kitka (The Catwoman) and Aunt Harriet Cooper. One out of three — and still a higher position than Batman Forever — because Batman: The Movie is an intentionally campy romp.

[dx_custom_adunit desktop_id="RTK_K67O" mobile_id="RTK_5yk0"] In a completely unshocking twist, Superman proves that not a whole lot of progression happened in the decade following 1966’s Batman: The Movie. Superman has a few named women, but they generally only serve the purpose of being a love interest. One out of three — at least one woman in this thing is smart enough to know what’s really going on, even if she doesn’t talk to any other women about it.

2006’s Superman Returns could technically be moved to a higher spot on this list, because although there are two named women who have a conversation with each other, only one of them is actually named on screen. Bobbie-Faye pops up in the credits, but it isn’t until then that we know who she is. One out of three though, because Superman Returns is just a god-awful piece of garbage, and it doesn’t deserve any more than that.

We may not like it, but we kind of get why superhero films from the early ‘90s aren't able to pass the Bechdel Test. We do not get how a film like 2005’s Batman Begins can pass only one rule, even then by technicality. Martha Wayne, who’s alive for all of 30 seconds, and Wayne Enterprises’ secretary Jessica, who doesn’t say a goddam word, count as two of the three named female characters. One out of three — we know women in Gotham have the ability to speak to each other.

[dx_custom_adunit desktop_id="RTK_K67O" mobile_id="RTK_5yk0"] Real deal Batman fans will always look back on the 1989 Tim Burton classic with a sense of fondness. But as far as women go, it’s almost a total failure. We’ve got Vicki Vale and Alicia Hunt, but their only communication with each other is actually through the Joker. One out of three — we expected more from you, Batman.

This one is so close to passing. Had Holly’s character actually been named in the film, The Dark Knight Rises would have gotten three out of three: Holly and Selina have an actual conversation about the state of a home and not at all about the state of a man. But dammit, Nolan, one out of three, just because you couldn’t be bothered to have someone say Holly’s name out loud.

1997’s Batman & Robin is arguably the biggest turd in DC’s entire live action lineup. Actually, it’s probably the worst thing DC has ever created. So it’s no surprise that although it does feature at least two named female characters (Batgirl, Poison Ivy, Gossip Gertie), and they do talk to each other, their conversation is limited to the (very male) Caped Crusader. Two out of three is still a failure.

This one sits right on the line. While the theatrical release includes a conversation between Martha Kent and Lois Lane, that conversation (the only one between two women) is about Lois’ relationship with Clark Kent. Meanwhile, in the Ultimate Edition, Jenet Klyburn and Lois have a fairly in-depth conversation about science stuff (no man there!). Two or three out of three, depending on how much of your valuable time you want to turn over to Zack Snyder’s “vision.”

Another dubiously successful film, 1980’s Superman II features more than one named female character (Lois Lane, Ursa, Eve, etc.). Lois and Ursa do talk to each other, but the topic of their conversation is mostly about Superman. So technically, two out of three, because a guy still manages to butt in on a perfectly fine rapport.

Alright, so 2013’s Man of Steel features several named women, but they only sort of have conversations with each other. The interaction between Faora and Lois is one-sided, while the one between Lois and Martha is about Clark being an alien (so about a man, but only kind of). Three out of three, because they both count on technicality, but the spirit of the test is a failure in the film.

Lois Lane and Lacy Warfield manage to have a brief conversation in the middle of a work meeting. Sure, it’s maybe three lines long. And sure, it’s mostly insulting: “Excusez-moi, your spoiled-ness…” But it’s there. And we’re counting it. Three out of three, because insults are still better than talking about Superman.

While the Batman franchise seems weighted down in misogyny, the Superman franchise looks like it’s kind of got its shit together. Sort of. Superman III has multiple named female characters, and at least two of them have separate conversations about stuff that isn’t a man. Like, you know, pushing buttons and stuff. Three out of three — it’s close, but it gets there.

Hands down the best of Nolan’s Dark Knight trilogy, The Dark Knight actually passes the Bechdel test, but only by a very slight margin. Detective Ramirez and Barbara Gordon have a phone conversation, and the conversation regards the safety of Gordon’s family. Problem here is that Ramirez is under gunpoint, and her words are being dictated by a man. So a generous three out of three, because we f—ing love this movie otherwise.

So. Many. Women. Named. Amanda Waller, Harley Quinn. June Moone. Katana. And yes, some of them manage to actually speak to each other. About things like espresso machines, which have nothing to do with men. But the talks are brief (which is even a stretch to say), so three out of three, but just barely.

It pains us to say this, but 2004’s Catwoman manages to do something really right. Patience Phillips and Laurel Hedare are both such poorly written characters (although one’s the CEO of a major cosmetics company, so female empowerment and all that!). But, they do talk to each other about things other than men, in whatever non-sexy, sexy way the writers tried to come up for them. Three out of three, but with the understanding that actual dialogue plays no part in this.

If you managed to stay awake for this one, you’ll for sure remember the scene in which Menalippe and Hippolyta (both named characters) discuss the sacred warning fire. They mention men as a group, as opposed to any specific man, so the conversation counts. Three out of three, because the Amazons are f—ing badass.

While we’d like to fault Zack Snyder for making terrible movies in general, we have to at least give credit where credit is due. Sally and Laurie (both named characters) do discuss Laurie’s upbringing, and while a man is a part of that conversation, he isn’t the whole part. So three out of three — strained parent/child relationships make for serious discussion.

Yes. All the yes. Not only is Wonder Woman the best goddam movie DC has made, but it passes the Bechdel Test with flying colors. Shit, the first 20 minutes take place on an island inhabited by only females (mostly named), and they talk about fighting and ruling and just being general badasses. So a resounding three out of three — glad to see something has finally been done right.