The Most Disappointing Movies Of 2017 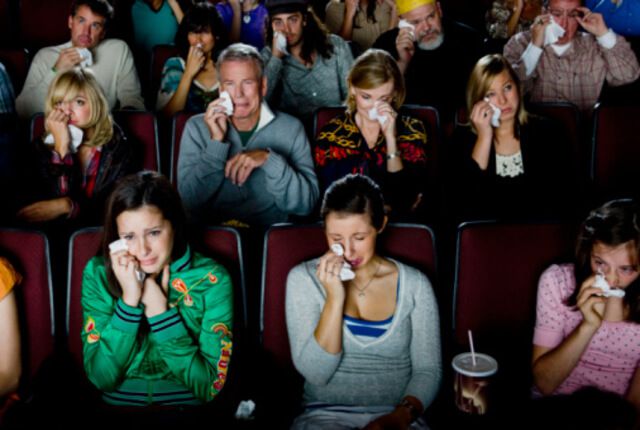 Disappointing, a word which here means failing to fulfill someone's hopes or expectations; an adjective most commonly used when describing the year 2017. This past year has been a handful of disappointment even in the world of cinema: those films we barely remember and those we wish to forget. The following is a list of the most disappointing movies of 2017.  WARNING: There will be spoilers.

Buckle your seatbelts folks and prepare to be underwhelmed. "47 Meters Down" is about a 90-minute film jammed packed with snores. Save yourself the time of watching 2 sisters stuck at the bottom of an ocean in a cage surrounded by sharks, running out of oxygen. Spoiler: 1 lives and the other dies.

"Mother!" a psychological thriller starring Jennfier Lawrence and Javier Bardem. More like torture film. The characters are mother, Him, man, and woman making the entire film an allegory of the Bible. You understand that, you'll see in what direction the films goes: far too dramatic and complex.

To condense 92 minutes down, it's like "The Ring" but instead of watching a killer video, you accept a friend request from Samara. The "villain" is a girl named Marina and she won't kill you after accepting her friend request. She'll kill all your friends then kill you. So a predictable bloodbath.

"The Dark Tower" is known as Stephen King's visionary piece of storytelling that requires strenuous work to properly bring to life onscreen. Well did that fall short. There was far too much they tried to pack in 95 minutes. Everything is rushed: the plot, action, character development, and dialogue.

Ghost in the Shell

Based off the Japanese manga of the same name you will find very few Asian actors in this film. Visually the film is stunning, however it lacks any sense of depth. The transition from anime to film includes dumbing it down for American audiences and with that we lose the societal commentary.

To bring together all the members of the Justice League in under 2 hours as well as having them fight a villain is a recipe for a disaster. The film is obviously rushed due to this and Steppenwolf is just another bad guy. What's the point of a superhero film if you aren't invested in the villain?

Near the beginning of "The Mummy" there's a plane crash sequence and the film follows suit going down with the plane. Nothing really seems to add up in this film from the characters treating ancient artifacts as if they were everyday items to the overly dramatic reveal of Dr. Jekyll.

"Baywatch" was unsure of the type of film it wanted to be creating an unnerving balance between campy and drama. The movie took itself far too seriously at times and the jokes were as flat as a beach towel. Yes, we all enjoyed the cameo by David Hasselhoff, but there was no point to it.

"My family already has demons to deal with, we don’t need fictional ones too." With dialogue like that you can already hear the Oscar buzz. This movie is as predictable and lazy as you could imagine. The whole thing is like a deva vu nightmare of Bella Thorne just walking around the house.

Beauty and The Beast

Now many may agree with this film being on the list however the entire soundtrack is autotuned to the Gods. Emma Watson is the perfect Belle, if she isn't singing. When will Hollywood learn that casting a big name does not guarantee success. And don't get us started on the creepy CGI houseware.

Everything about "Everything, Everything" is unrealistic. Maddy has access to the internet and could have easily realized she did not have SCID based upon how her mom was making her live. The film pitches itself as a romance but has truly dark undertones that seem to manifest from thin air.

With a whopping 9% rating on Rotten Tomatoes, "The Emjoi Movie" is most welcome to our list. A sad attempt at trying to do a cross-over of "The Lego Movie" and "Inside Out" with an almost non-existent plot. Our condolensences to Sir Patrick Stewart who voices the poop emoji.

"The Ring" franchise became a trilogy upon the release of "Rings." There's only so much you can do with a killer videotape. Only so many can watch it and only so many can discover the true origins. "Rings" is just a tangled web of confusion from the extent of Samara's powers to her rebirth.

Like the majority we were stoked for this film to be released. But boy, were we setting the bar too high. "Power Rangers" clocks in just over 2 hours, making it longer than "Justice League." The movie tries way too hard to appease the younger generation and the jokes are atrociously bad.