Embarrassing Oscar Moments That Put The Academy to Shame 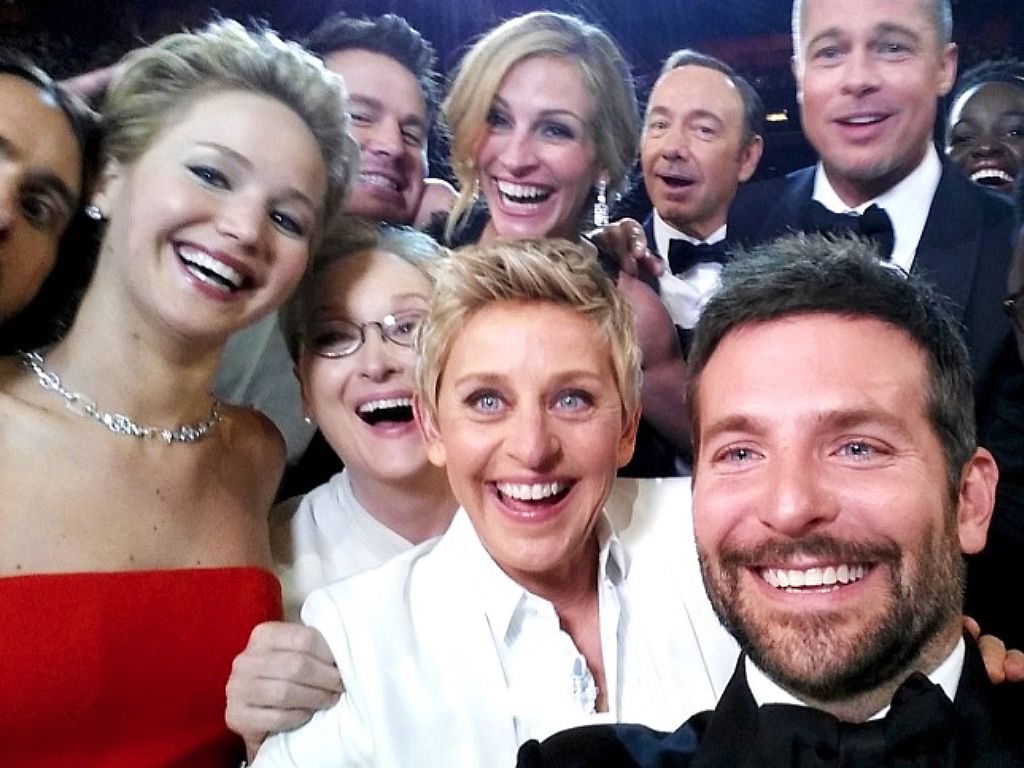 Since its beginning in 1929, there have been many mistakes, blunders and downright embarrassing moments at the Oscars that have left the show’s organizers to pick up the pieces. There should be tons more rehearsal time so more mistakes don’t make it onto the live broadcast, but then, some of the most entertaining moments might be lost!

Perhaps one of the most memorable moments in Oscars history was also one of the most embarrassing. When Faye Dunaway and Warren Beaty announced the winner for Best Picture in 2017, the producers and cast of “La La Land” took to the stage to accept their awards. But, as soon as a producer noticed the mistake, it was revealed that “Moonlight” had actually won the night’s most coveted award.

When Adrien Brody won Best Actor for his role in “The Pianist” in 2003 he was so overcome with emotion that he grabbed presenter Halle Berry and swept her in a passionate kiss. But, what the audience didn’t know was that none of Brody’s actions were planned and Berry herself was totally uncomfortable with the situation because it happened without her consent.

Jennifer Lawrence Tripped on Her Way Up the Stairs

On her way up the stage to receive her award for Best Actress in 2013, “Silver Lining’s Playbook” star Jennifer Lawrence tripped and fell on the stairs before getting up again to make her acceptance speech. To make matters worse, she repeated the incident the next year when she tripped and fell on the red carpet, proving that it may not have been her dress or heels that caused the incident, but a lack of balance.

Some performances totally fall flat at entertaining the audience at the Oscars each year, but other performances seem like they were made to offend. In 2013, Seth MacFarlane sang a song titled “We Saw Your Boobs” in which he listed all of the actresses who had appeared topless in films, proving MacFarlane and the writers of the song to be demeaning, disrespectful and just downright gross. Maybe he isn't mature enough to see R-rated films.

In 1973, Marlon Brando won the Best Actor award for his performance in “The Godfather,” but he didn’t show up to the ceremony. Instead, he sent Apache actress and Native American rights activist Sacheen Littlefeather to decline the award for him in an effort to draw attention to Hollywood’s portrayal of Native Americans. The event was met with anger and confusion by the audience at the event, who booed Littlefeather, but it has remained one of the most memorable Oscar moments of all time. This appearance led to a rule that no longer allows any other person to accept an award on someone else's behalf.

Surely the Academy Awards must provide their hosts and presenters with enough rehearsal time to make sure that mispronunciations don’t happen, right? That didn’t seem to be the case in 2014 when John Travolta, after squinting at the teleprompter for a moment, mispronounced singer and voice of Elsa from Disney’s “Frozen” Idina Menzel as… wait for it, Adele Dazeem. The flub was parodied the next year when Idina Menzel was brought back on stage to mispronounce Travolta’s name as “Glom Gazingo.”

The Oscars didn’t have a host in 2019 and the decision was a welcome reprise from incidents of years past. In 2011 actors Anne Hathaway and James Franco hosted the award ceremony and stunned the audience at their supposed lack of preparation and total disrespect for the ceremony itself. One segment which failed to garner laughs included James Franco cross-dressing as Marilyn Monroe in a hot pink gown, and it was totally cringe worthy.

When Kevin Hart was announced as the host of the 2019 Oscar awards, everything seemed fine until insensitive comments he had made towards the LGBT community resurfaced on Twitter. Within days, the Academy withdrew Hart as host and he apologized for his statements, saying “My goal is to bring people together not tear us apart.” That year, there was no host for the award show.

Angelina Jolie managed to make everyone uncomfortable in 2000 when she claimed that she was “so in love” with her brother James Haven during her acceptance speech for Best Supporting Actress. After the award ceremony, Jolie was photographed kissing her brother during a Vanity fair after party, leading to many questions from onlookers. But, Jolie has maintained that their love is “nothing more than brotherly.”

An "In Memoriam" Mistake

In 2017, during the “In Memoriam” segment of the award show, Australian costume designer Janet Patterson was honored for her work in the film industry. But, what accompanied her name wasn’t a picture of Patterson, but a picture of another (very alive) costume designer, Jan Chapman. Chapman later said that she was “devastated” when she saw her photo on the show.

Right before the biggest award of the night was announced in 1974, host David Niven was interrupted by a fully nude man running across the Oscars stage. The man, Robert Opel, gained entry backstage by posing as a journalist and cut his way through a curtain to reach the stage. David Niven quickly regained the audience’s attention by saying, “Isn’t it fascinating to think that probably the only laugh that man will ever get in life is by stripping off and showing his shortcomings?”

In 2016, after nominations for that year’s Oscars were announced, movie fans went online to voice their concern for the lack of people of color nominated that year. Of the four main acting categories, no actor who was nominated that year was a person of color, which was also the case the previous year. Following this controversy, the Academy made efforts to include more diverse members in their group in the coming years.

Auli’i Cravalho Was Hit on the Head During Her Song

When Auli’i Cravalho took to the Oscar’s stage in 2017 to sing her hit song “How Far I’ll Go” from the animated Disney film “Moana,” the crowd was incredibly happy to see the 16-year-old sing her heart out. That is, until a flag held by a background dancer graced the side of the singer’s head while she was belting! But, in true Hollywood fashion, the show must go on and Cravalho kept singing without even taking a moment to catch her breath.

James Cameron Quoted His Own Movie

In 1998, James Cameron won the award for Best Director for his movie “Titanic,” which starred Leonardo DiCaprio and Kate Winslet. But, his acceptance speech made many viewers think that he was more arrogant that he deserved to be about the win when he immediately quoted the film, shouting, “I’m king of the world!”

There have been plenty of awkward red carpet moments at the Oscars through the years, but this kiss between John Travolta and Scarlett Johansson may take the cake. Although she seemed to absolutely detest the encounter judging by this image alone, Johansson later said, “The image that is circulating is an unfortunate still-frame from a live-action encounter that was very sweet and totally welcome.”

Red carpet fashion is one thing that many people get excited for, because it showcases glamour, incredible craftsmanship and sometimes bizarre clothes that you’ll never see anywhere else. One of the most bizarre outfits of all time was worn by the Icelandic singer Björk, and was designed by Macedonian designer Marjan Pejoski. The dress was worn to the 73rd annual Academy Awards in 2001, where the signer was nominated for Best Original Song in a Motion Picture.

Sam Smith naively declared that he might be the first openly gay man to win an Oscar in 2016, which couldn’t have been further from the truth. Openly gay musicians like Elton John and Howard Ashman had both won Oscars for their music before the pop singer. And Dustin Lance Black won an Oscar for writing the film “Milk” in 2009, which was a movie based on the life of gay rights activist Harvey Milk.

In 2018, during the announcing of the Best Visual Effects award, eagle eyed viewers of the ceremony noticed an unfortunate and accidentally hilarious moment on their scenes. When “Blade Runner 2049” won the award, one of the men who worked on the films missed his wife’s attempt at a victory kiss and ended up side-swiping her entirely! That wouldn’t have been too embarrassing, if the entire world hadn’t been watching. Hopefully, she hasn’t let him live it down yet.

Completely upstaging any actor or other nominees of the night, during the 2016 Oscars, Bella Hadid’s appearance turned every head in attendance. Her Oscar de la Renta gown with a red slit up the side was the perfect Oscars dress and it accidentally took attention away from all of the other guests in attendance that night.

During the 1933 Academy Awards ceremony, Frank Capra waited to hear the results of the Best Director category. Also nominated that night was director Frank Lloyd. When host Will Rogers exclaimed “Come and get it Frank!” Capra leaped out of his seat. What he didn’t know is that the award was really for Lloyd. Capra didn’t reach the stage but he called the walk back to his seat “the longest, saddest, most shattering walk in my life.”

For anyone not keeping up with the news, it may have seemed odd that presenter Brie Larson didn’t clap for winner of the “Best Actor” award, Casey Affleck. She did so because the actor had recently been sued by two women for sexual harassment during the filming of his most recent movie. About her actions, the actress later told Vanity Fair, “I think that whatever it was that I did onstage kind of spoke for itself.”

The world has followed the personal lives of Jennifer Aniston, Brad Pitt and Angelina Jolie for decades, and one moment where everyone felt heartbroken for Jennifer was during the 2009 Academy Awards. Five years after her divorce from Pitt, she had to present an Oscar right in front of her ex-husband and his new wife, Jolie. Aniston was noticeably uncomfortable during the ceremony and it was tough to watch for anyone who was familiar with the situation.

It’s hard to believe a magic trick when you already know that everything you’re going to see during an award show is staged. And Neil Patrick Harris’s magic trick at the 2015 Oscars ceremony didn’t really wow anyone in the audience or at home, who really just wanted the show to wrap up already, as it was already half an hour over schedule.

At the 2016 Oscars, Stacey Dash appeared to wish the audience a happy Black History Month, which was not well received as the actress had previously opposed the concept of Black History Month on Fox News. That moment is the origin of the famous gif of Chrissy Teigen’s cringing face, as she wasn’t the only member of the audience to react negatively to the Oscars moment.

The 1989 Academy Awards opened with a bizarre musical number featuring an actress playing Snow White being set up on a blind date with actor Rob Lowe, who serenades her with an off-key rendition of “Proud Mary.” What may have been the weirdest part of all about the performance was that the Disney company sued the Academy for using the character of Snow White without their permission. Ouch.