Where Are They Now? The Cast of ‘The Mighty Ducks’

Olivia Jakiel
Where Are They Now? The Cast of ‘The Mighty Ducks’ March 8, 2017 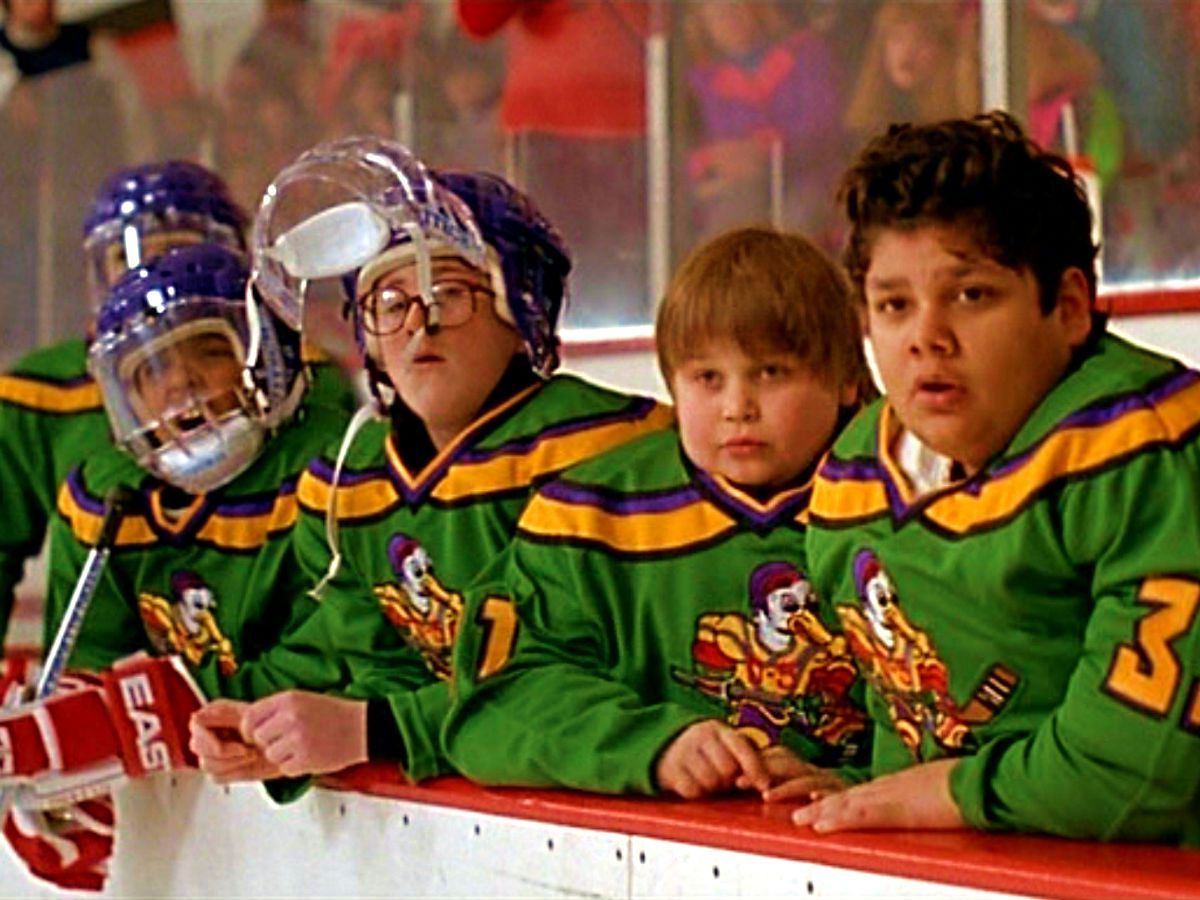 Have you ever wondered what your favorite group of misfit kid hockey players is up to now? Wonder no more. Because we found out for you. Check out the stars of "The Mighty Ducks" then and now...

Although Emilio Esetevez rose to fame as a member of the Brat Pack in the 1980s and is known for his early performances in "The Breakfast Club" and "The Outsiders," '90s kids know him best as Gordon Bombay, the lawyer-turned-youth-hockey-coach who takes a pack of misfit hockey players to Minnesota peewee victory in "The Mighty Ducks."

After he appeared in all three-franchise movies, Emilio continued acting, directing, writing, and producing, with his last credited title being "The Way."

Joshua landed one of the lead roles in "The Mighty Ducks" franchise when he was just 13 years old, playing the character of Charlie Conway, an aspiring hockey player with good morals and a good work ethic. Gordon also tried to bang his mom at one point, which didn’t really work out.

Jackson went on to play Pacey Witter on the iconic teen soap opera "Dawson’s Creek," and he appeared on television shows like "Fringe" and "The Mentalist." He was also nominated for a Genie Award for the film "One Week." He was in a relationship with German actress Diane Kruger for almost a decade before they split in 2016.

Everyone knows actor Elden Henson as Fulton Reed, the badass street kid with the wicked slap shot, but you’ve probably seen him in a few other productions too...

The now 39-year old Henson has been in big-name movies, like "She’s All That," "Cast Away," "Lords of Dogtown," "The Butterfly Effect" and "The Hunger Games." He also played Foggy Nelson on Netflix's "Daredevil."

Ah, yes: Goldberg. The chubby goalie who actually was never really that great at his position until all of a sudden, during the time of one intermission, miraculously became the goalie the Ducks needed.

Shaun Weiss has had a rough few years recently. In 2017 and 2018, he was arrested a few times and served a couple of short stints for crimes like petty theft, possession of a controlled substance (meth), and public intoxication. After his last arrest in 2018, Weiss said he was entering rehab.

Les Averman - the quirky, goofy dude with the glasses whose character basically *tried* to provide comic relief at all times (and mostly failed).

Although he is still a working actor, appearing on shows like CSI: Miami, and Bones and snagging a small role in Argo, the actor has had a pretty low-key profile over the years.

If you’ve ever called someone a cake-eater, you can thank Brandon’s Mighty Ducks character for seriously upping your insult game.

The now 37-year old actor had a busy acting career throughout the 90s, and took a break from the business in 2001. He voiced the character of Raijin in Kingdom Hearts and in 2012, appeared in the movie Stuck in the Corners.

Moreau made her big screen debut in 1992 when she was cast as Connie, the badass chick who could outskate the best of the boys.

She’s had steady acting work since the franchise ended in 1996, appearing in movies like Wet Hot American Summer, Queen of the Damned, and The Uninvited. She’s guest-starred on some of the biggest shows in television, like Mad Men, Parenthood, Grey’s Anatomy, and The People v. O.J. Simpson: American Crime Story.

One thing we’ll never understand about this character is how he made what is equivalent to a junior Olympic team when he COULDN’T STOP. ‘Sup fundamentals 101!

Since D2 and D3, Vitar made a few television appearances as a teen, but other than that, discontinued his acting career at an early age and became a firefighter.

Woo, woo, woo Kenny Wu! We all know Wong for his portrayal of Ken Wu, the figure skater-turned hockey player that joined the Ducks in D2. After also appearing in D3, the now-retired actor has kept a really, really low profile.

Guy’s character appeared in all three movies and was legit the OG hipster of Minneapolis. He was one of the only members of the Ducks to have a steamy teen romance with one of his teammates, Connie Moreau.

The now 37-year old resides in New York with his wife and son. He graduated from Colombia with an MFA in film in 2002 and is actually the younger brother of Elden Henson, who played Fulton in the Ducks trilogy.

Who didn’t have a crush on the richest kid in Minnesota, the cake-eater himself, Adam Banks?

The 38-year old actor hasn’t really been active in the biz after his Ducks days, although he did graduate from Boston University’s School of Management in 2000. He currently lives in Los Angeles, probably eating cake on his balcony overlooking the city.

Who else agrees that Julie should’ve been starting the entire time instead of Goldberg?

After appearing the both D2 and D3, the 39-year old actor made a few random television appearances before attending the Natural Gourmet School in New York City and appearing on The Next Food Network Star. She currently has her own food website and blog, Columbe de jour.

MEEEEOW! Dean Portman, the teen who had tattoos and the muscle mass of a 27-year old fully grown man, was everyone’s favorite Bash Brother.

After appearing in both D2 and D3, Lohr stayed relatively busy in the industry, nabbing guest roles on shows like The Mentalist and Law & Order. He majored in theater at UCLA, and has performed in productions like Rent and See What I Wanna See. He’s currently engaged to – get this – Idina Menzel. The two live in Encino, Los Angeles together.

Yeehaw! The “best puck handler you’ve ever seen” sure had some wild moves on the ice, didn’t he?

He’s kept up his cowboy image since the franchise ended, playing real-life outlaw Clell Miller in American Outlaws. He’s also a member of the Professional Rodeo Cowboys Association and is married to rodeo cowgirl, Christie McClary.

Russ Tyler, the spunky, outspoken goalie from south LA, made movie headlines when his character invented something called “the knuckle puck,” which if you actually try to execute, will never work.

Kenan is probably the most recognizable and successful child actor to come out of The Mighty Ducks franchise and has been a cast member on SNL since 2003.