10 Things You Might Have Missed From ‘The Queen’s Justice,’ S7E3 of ‘Game of Thrones’ 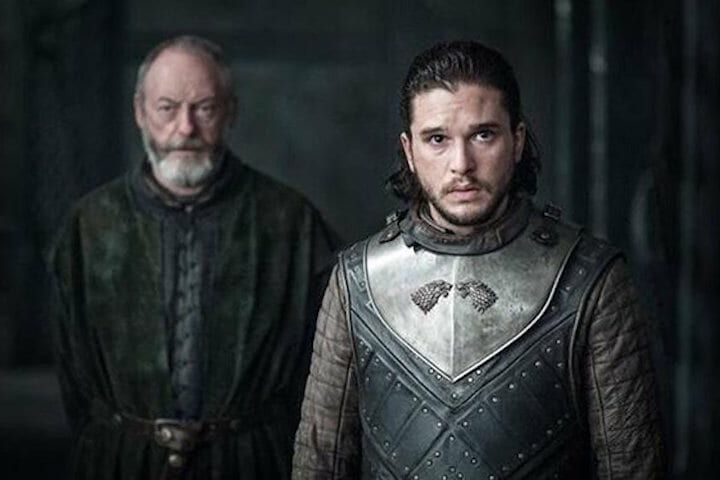 Fire finally met ice in the third episode of the seventh season of Game of Thrones, "The Queen's Justice." But here are 10 nuggets from last night's episode you may have missed.

This episode drew several parallels between Jon Snow and the man he doesn't know is secretly his father, the late Rhaegar Targaryen, Daenerys' older brother who was killed by Robert Baratheon.

Though I've never heard Jon sing, as Rhaegar was known to do.

That makes Daenerys the aunt of Jon. Which makes what seems like an inevitable marriage between the two kinda gross.

If they do get hitched, this is a funny foreshadow.

And a marriage between fellow Targaryens isn't exactly new.

The Hound was with us in spirit.

Though he didn't make this episode, a sentiment from the Hound in the Season 4 premiere still found its way in there.

Though Team Lannister's plan hadn't been executed yet, Cersei was confident she'd soon be able to pay off her family's debt to the Iron Bank of Braavos. Now that they've sacked Highgarden, the Lannisters should be able to do so after several seasons of debt.

Littlefinger is a "True Detective" fan.

And he might just be crazy enough to have stuck around for the awful second season.

... he certainly seems to recognize some value in the meticulous records of correspondences Maester Luwin (Winterfell's former maester) kept before his demise.

We get it, Jon's a Targaryen.

Right after Jon utters this line, one of Daenerys' dragons soars overhead, sending the King in the North to the ground.

The dragons turned Jon into Rose from "Titanic."

And he'll never let go ... of the fact that humankind's impending doom is headed straight for civilization, and no one seems to care.