Hidden Details You May Have Missed in “The Big Bang Theory”

Holly Adler
Hidden Details You May Have Missed in “The Big Bang Theory” August 11, 2020Leave a comment 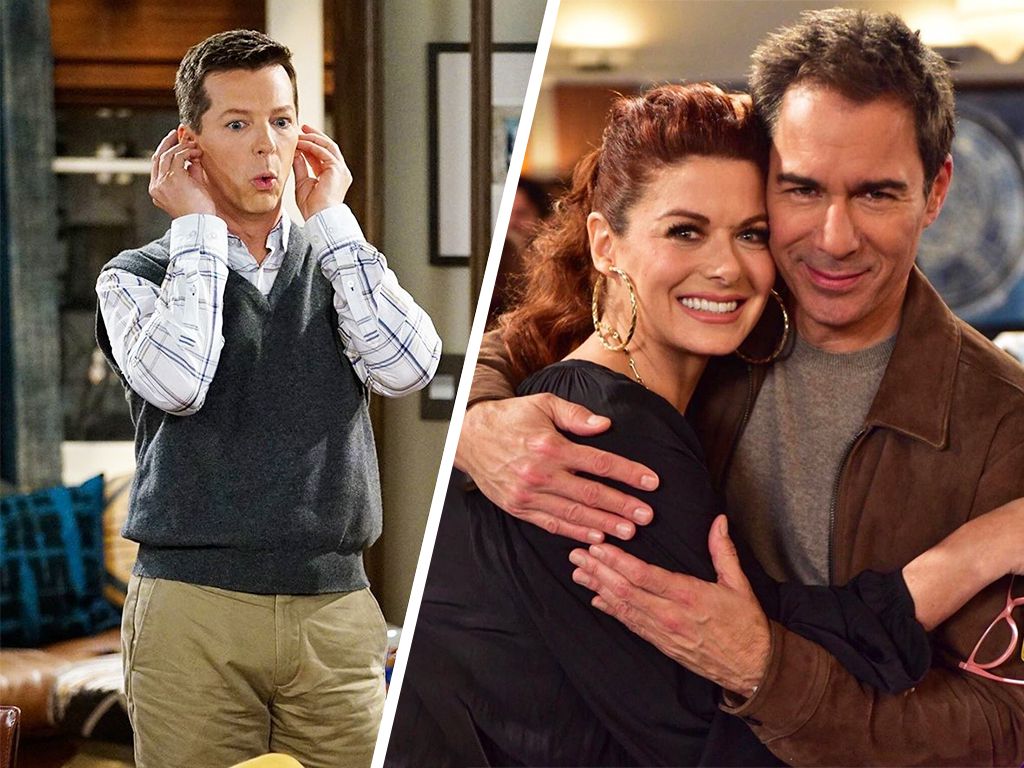 "The Big Bang Theory" is arguably one of the most popular sitcom shows in the history of television, sitting on the same list as "Friends," "Seinfeld," "Will & Grace," and "Cheers."

"The Big Bang Theory" aired from 2007 to 2019, having a total of 12 seasons and 279 episodes. With all those episodes, you are more than likely bound to have missed a few things.

Leonard and Sheldon's Names Came From a Classic Actor

Ever pay attention to Leonard's glasses? They usually don't have lenses. Since Johnny Galecki, who plays Leonard, is shorter than Jim Parsons, who plays Sheldon, whenever he would look up at his co-star, the glare from the stage lights would hit his lenses, causing a glare in the camera. To avoid this, they had to pop out the lenses.

Sheldon is known for wearing his iconic t-shirts on "The Big Bang Theory," but did you know that there's a reason for the colors of his shirts? It is a reference to the Green Lantern Corps from DC Comics. The colors have significance: red for anger, green for confidence, blue for hope, yellow for fear. So whatever color Sheldon wears signifies his mood.

When Bernadette first appears on "The Big Bang Theory," she speaks in a lower register. However, as Bernadette became a regular character, actress Melissa Rauch changed her voice to be higher pitched. Rauch believed it added more personality and a comedic element to the Bernadette. She based this new voice on her mother's voice.

The Photos on Penny's Fridge Show the Cast and Crew

Penny has her fridge covered in photos, but when you take a closer look, you'll notice they are of Kaley Cuoco with the cast and crew throughout the filming of "The Big Bang Theory." One of the photos is of Carol Ann Susi, who voiced Howard's mom and unfortunately passed away during the show's eighth season.

Amy Farrah Fowler Was Mentioned in Season One, Kind of

Amy Farrah Fowler was introduced at the end of season three of "The Big Bang Theory." However, she was mentioned much earlier on the show. Howard, Raj, and Leonard were trying to replace Sheldon on their Physics Bowl team when Raj mentioned, "You know who's apparently very smart, is the girl who played TV's Blossom. She got a Ph.D. in neuroscience or something."

No One Knows Penny's Last Name

There has been a lot of speculation surrounding Penny's last name on "The Big Bang Theory." When Penny realized that she married Zach Johnson in a Vegas wedding, most viewers just concluded that it was Johnson. Though her maiden name was never revealed, in an interview Chuck Lorre suggested it was Barrington, though it was never confirmed.

The Origins of "Bazinga!"

"Bazinga" is a term that was coined by a writer on the show named Stephen Engel. He loved playing pranks on his co-workers. On one such occasion, he hollowed out a grapefruit, strategically put it back together, then gave it to the show's co-creator, Bill Prady. When Prady tried to eat it, Engel yelled "Bazinga" as it fell apart.

The Hidden Details of Howard's Room

Howard Wolowitz showcases his love of nerd culture in his bedroom at his mother's house. But did you pay attention to the details? All the characters he displays are females; this includes Wonder Woman, Batgirl, and Cheetah. He does have a figurine of Jabba the Hutt, however Princess Leia is next to him.

The Importance of Numbers

Sheldon mentions on several episodes that his favorite number is 73, possibly referencing the year that Jim Parsons was born, 1973. Amy's apartment number is 314, a direct reference to Pi. And Wil Wheaton's house number is 1701. Star Trek fans will notice this was the number on the Enterprise NCC-1701D.

Whenever you watch the gang walk up and down the flights of stairs in Leonard, Sheldon, and Penny's apartment building, it's just the same set of stairs redressed as the second, third, and fourth floors by changing the numbers on the doors and adding potted plants. If they had built a four-story hallway set it would be difficult to light and film.

They Had Help from Real Scientists

David Saltzberg served as a reference for the writers on "The Big Bang Theory." Since the beginning of the series, he approved all the equations on the show. He even wrote a joke for Sheldon in the first season. Saltzberg teaches physics and astronomy at UCLA and publishes papers, but believes that his work on the show is his most impactful job.

The Barenaked Ladies are the band behind the infamous "Big Bang Theory" theme song which is a song created by coincidence. The producers of "The Big Bang Theory" attended a Barenaked Ladies concert and frontman Ed Robertson improvised a song about the Big Bang after reading about it. The producers reached out to him after the show, and the rest is history.

Amy's Mother Has an Identity Crisis

When we first meet Amy Farrah Fowler's mother on "The Big Bang Theory," she is played by actress Annie O'Donnell. Her mother is reserved and soft-spoken. However, when we meet her mother again in later seasons, she is played by Kathy Bates. Not to mention she also got a complete personality change.

The Flag of Apartment 4A

Leonard and Sheldon have a flag to commemorate their apartment. The flag was first introduced in the episode "The Staircase Implementation." On Leonard and Sheldon's fridge, there is a magnet version of the flag. When the magnet is right-side up, it means all is well. However, when turned upside down, it signifies that the roommates are in times of distress.

The song "Soft Kitty, Warm Kitty" has become synonymous with "The Big Bang Theory." However, the song has origins that date back to the 1930s when it was written by Edith Newlin. The song later became popularized on a TV series in Australia. It was brought to the attention of the show's co-creator Bill Prady, whose daughter had heard it from her preschool teacher.

The Obsession with DC Comics

Have you ever noticed that when the characters on "The Big Bang Theory" get dressed up for Halloween or attend a Comic-Con, that they always dress as superheroes from DC Comics? It's probably because the show airs on CBS, which is owned by Warner Brothers Studios, who just so happen to own DC Comics. Pretty helpful to promote your products.

A Costume Easter Egg in the Series Finale

Did you pay attention to some of the articles of clothing worn by the actors in the series finale? Well, the t-shirt that Penny is wearing is the same shirt that she wore when we first see her in the series premiere. Sheldon is also wearing his same t-shirt from the first episode, and Howard is wearing his belt from that same episode.

When Amy Farrah Fowler was introduced on "The Big Bang Theory" at the end of season three, her profession was yet to be revealed. By the beginning of season four, they announced that she was a neuroscientist. The writers felt this would be the best profession, as Mayim Bialik herself has a Ph.D. in neuroscience and could correct any inaccuracies.

Wil Wheaton tweeted about how much he loved the show and Steven Molaro, a writer on "The Big Bang Theory," responded and invited him to a taping. A few days later, Bill Prady's assistant sent him an email about appearing on the show. The writers wanted to create a nemesis for Sheldon, and Wil Wheaton couldn't resist the offer.

The Cheesecake Factory Costumes Are Incorrect

The costumes worn by Penny and Bernadette when they work at the Cheesecake Factory are yellow, as opposed to the white shirts of the real-life workers. Bill Prady stated in an interview that on analog TV, white articles of clothing strobe, so even transitioning into digital TV, most costume designers stray from using white.

When Kaley Cuoco first auditioned for "The Big Bang Theory," the show was called "Lenny, Penny, and Kenny." She auditioned twice and lost the role of Katie to Amanda Walsh. When Chuck Lorre showed to pilot to CBS, they hated it, so he re-worked it. The show's name changed, and Katie turned into Penny, paving the way for Cuoco to come onboard.

Fans of the series may remember the moment in the finale episode where Leonard and Sheldon put together a DNA statue and state that it took them 139 and a half hours to do. This was included because watching the entire series would take you 139 and a half hours.

The Real Reason Howard and Bernadette’s Children Were Never Shown

In the show's finale, Howard and Bernadette’s kids were finally shown on screen after years of being off-screen characters. This was done because it was too difficult to have kids on set, so the producers of the show only let it happen once.

The Invention of the Elevator Gag Came From a Production Designer

The continuously broken elevator was the idea of production designer John Shaffner. The producers were initially confused when he presented the elevator as a way to break up the space in the hallways, as they wanted the conversations taking place on the stairs. Shaffner explained that the joke would be that the elevator is broken, so they wrote it onto the show.

The Mistake in the Opening Credits

"The Big Bang Theory" has arguably one of the catchiest theme songs of any sitcom. And the opening credits are easily recognizable. But how much did you pay attention to those credits? If you look closely as the timeline of the universe is scrolling at the bottom of the screen, you'll notice that it says '91,000 9C' instead of '91,000 BC.'