Strange Things You Didn’t Know About “The Wizard of Oz”

Sophie Dunne
Strange Things You Didn’t Know About “The Wizard of Oz” June 18, 2020Leave a comment 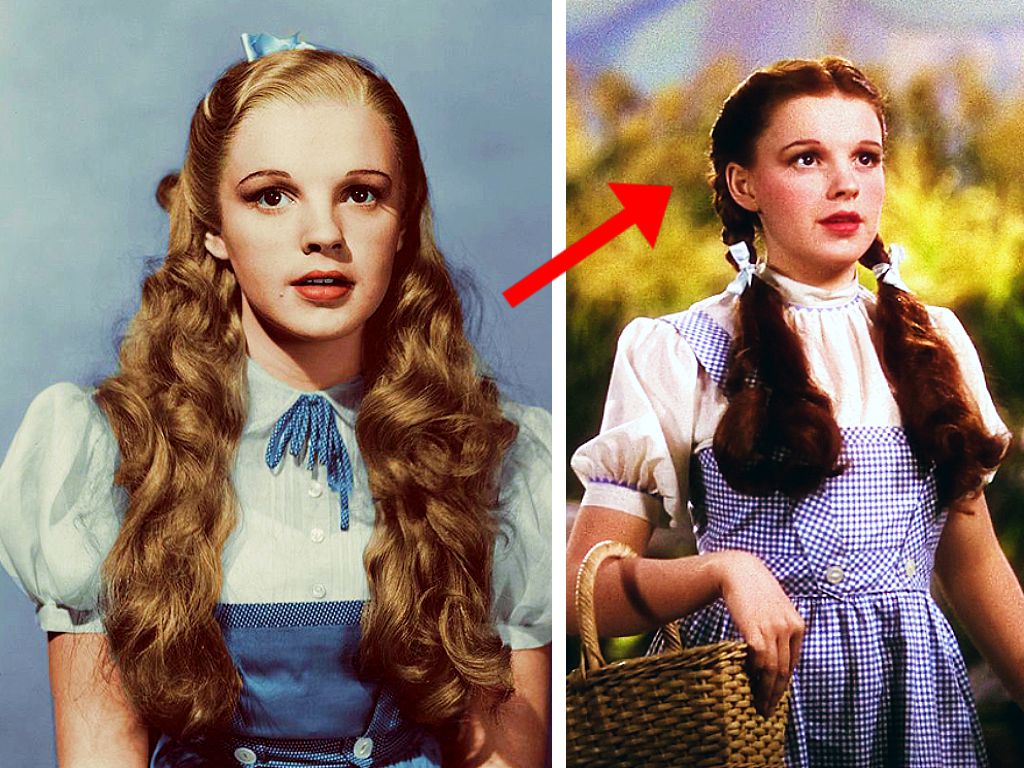 Film making has come a long way since studios struggled with Technicolor, makeup and stunts like they did when making the acclaimed, “The Wizard of Oz” in 1939. With cheerful songs and frightening tornados, the story of Oz had us both excited and scared as kids. But, there are so many more behind the scenes facts about your favorite childhood movie that you definitely did not know.

Judy Garland Was Made to Look Younger

Judy Garland was 16 years old at the time of filming “The Wizard of Oz,” but her character, Dorothy, was supposed to be a child. In order to make her look younger and more childlike, Garland was compressed into a corset everyday on set for weeks of filming.

11-year-old Shirley Temple was originally set to play Dorothy, but the producers didn’t think she had the vocal strength to carry out the role. As well as this, there were also contract disputes that forced the producers to look elsewhere for their lead actress.

The Lights Made the Set Extremely Hot

“The Wizard of Oz” was one the first movies to introduce color to theaters. Early technicolor processes made it very hot on set and so, most scenes were filmed in over 100 degrees Fahrenheit heat.

In L. Frank Baum’s 1900 novel, “The Wonderful Wizard of Oz,” Dorothy’s shoes were actually silver, not ruby. In order to wow the audience with the features of Technicolor, the slippers' color was changed to ruby red.

The Horses Were Painted with Jell-O

When Dorothy finally makes it to the Emerald City, we see her and her new friends being carted around by purple, yellow and red horses. The special effects crew actually covered the animals in flavored Jell-O powder that they constantly licked off during every take, so each scene had to be shot very quickly.

The Wicked Witch Was Played by a Young Actress

The actress that played the Wicked Witch of the West, Margaret Hamilton, was only 36 years old at the time of filming. However, her younger opponent, Glinda the Good Witch of the North was played by Billie Burke, who was actually 53 when they filmed the movie.

Buddy Epson (known for playing Jed Clampett on “The Beverly Hillbillies”) was actually cast to play the Tin Man, but suffered an extreme allergic reaction to the aluminum dust in his makeup before filming began.

Dorothy Was Supposed to Be Blonde

It was originally decided that Dorothy would be blonde and Judy Garland was even outfitted with a golden wig. However, after filming started, the look was abandoned as the director preferred a more natural look for the character.

The Story Has Many Political Metaphors

There have been many suggestions that “The Wizard of Oz” depicts several political references. Some scholars believe that Dorothy represents the ideal political system and that the tornado and the Wicked Witch are metaphors for corruption and destruction.

The Wicked Witch's Makeup Was Poisonous

The Wicked Witch of the West’s makeup was so toxic that actress Margaret Hamilton lived on a liquid diet to avoid being poisoned by ingesting the green paste. Her face was even stained a grassy color for weeks after production finished because of the copper-based ingredients.

The Tornado Was Made From a Stocking

Most of us as kids were terrified of the tremendous tornado that swept up Dorothy’s home. However, the special effects team in 1939 created the scene with a 35-foot-long muslin stocking that they spun while blowing dirt, dust and wind around it.

The original paint used on the Yellow Brick Road actually came out green when the crew first tested it against the Technicolor screen. In order to fix this, they had to play around with plain old industrial yellow paint until eventually they got it right.

The Wicked Witch Was Injured During Filming

Margaret Hamilton, who played The Wicked Witch of the West, certainly did not have it easy while filming the movie. During the scene where the frightening witch disappears into a cloud, Hamilton was severely burned. Not only was she injured playing the witch, her stunt double was also hurt during the sky-writing scene.

“Over the Rainbow” Was Almost Cut From the Movie

The infamous song “Over the Rainbow” that we all know and love was almost cut from the movie entirely. Executives thought the song would make the movie too long and it was almost not used, but luckily producers decided to keep the song that would end up making the whole movie.

Judy Garland Was Smacked on Set

Judy Garland had a major giggle fit during the scene were she slaps the Cowardly Lion. In order to snap her out of it, director Victor Fleming shockingly slapped the actress right before they filmed another take. Definitely not a tactic that would be carried out today!

A whopping 3,120 costumes were created for the movie. From the main cast to the munchkins and monkeys, costume designers were pulling all-nighters for the production of this memorable movie.

There Were Noticeable Mistakes in the Scarecrow's Lines

When the Scarecrow finally gets his brain, he recites Pythagorus’ Theorem incorrectly. Out of all the people working on the movie, nobody seemed to notice this silly mistake.

Chocolate Sauce Was Used as the Tin Man's Oil

In the movie, we see Dorothy oil the Tin Man because he’s stiff from being left outside for so long. However, real oil didn’t show up sufficiently on camera so the crew used chocolate sauce instead.

Asbestos Fibers Were Used as Snow

The deadly carcinogenic, chrysotile asbestos fibers were used by the film crew to create the snow in the “poppy field” scene. Today we know that exposure to this harmful substance causes cancer of the lungs, larynx and ovaries and has been banned in many countries.

Many Scenes of the Wicked Witch Were Cut

Many of the scenes that featured the Wicked Witch of the West had to be removed from the final edits of the movie because she was too scary for children. Producers felt that the movie would not appeal to a younger audience because of how terrifying the Wicked Witch was portrayed to be.

In the scene where the Wicked Witch attempts to steal the ruby slippers, a fire erupts that prevents her from taking them. The crew creatively established the fire by using apple juice, but sped up the film to make it look like fire.

They Used Mini Props to Create the Falling House

The tornado scene depicts Dorothy’s house falling from the sky, but how exactly did the special effects team capture this in the 1930s? Well, they used miniature props for that whole windy scene, dropping Dorothy’s tiny house onto a painting of a sky, then reversing the film to achieve the effect.

Many of the Munchkins' Voices Were Dubbed Over

Only two of the Munchkins in the film actually had lines. Professional singers and voice actors were used to dub the original actors. There were a total of 124 people cast as the colorful Munchkins.

The Cowardly Lion's Face Was Made From a Paper Bag

As we’ve seen, makeup back then was a lot more complicated than it is today. However, there were times when makeup artists had to use everyday material to create each character’s quirky facial features. Like the Cowardly Lion’s facial prosthetics, which consisted of scraps from a brown paper bag.

It has long been rumored that one of the munchkins committed suicide on set of the film. And, in one of the Yellow Brick Road scenes, what appears to be the shadow of a body can be seen hanging in the background. But, many disregard the rumor, blaming the shadow on one of the many zoo animals hired to be in the woodland setting.