Marvel Characters Who Aren’t in the MCU but Should Be

Matthew Loffhagen
Marvel Characters Who Aren’t in the MCU but Should Be September 4, 2019Leave a comment 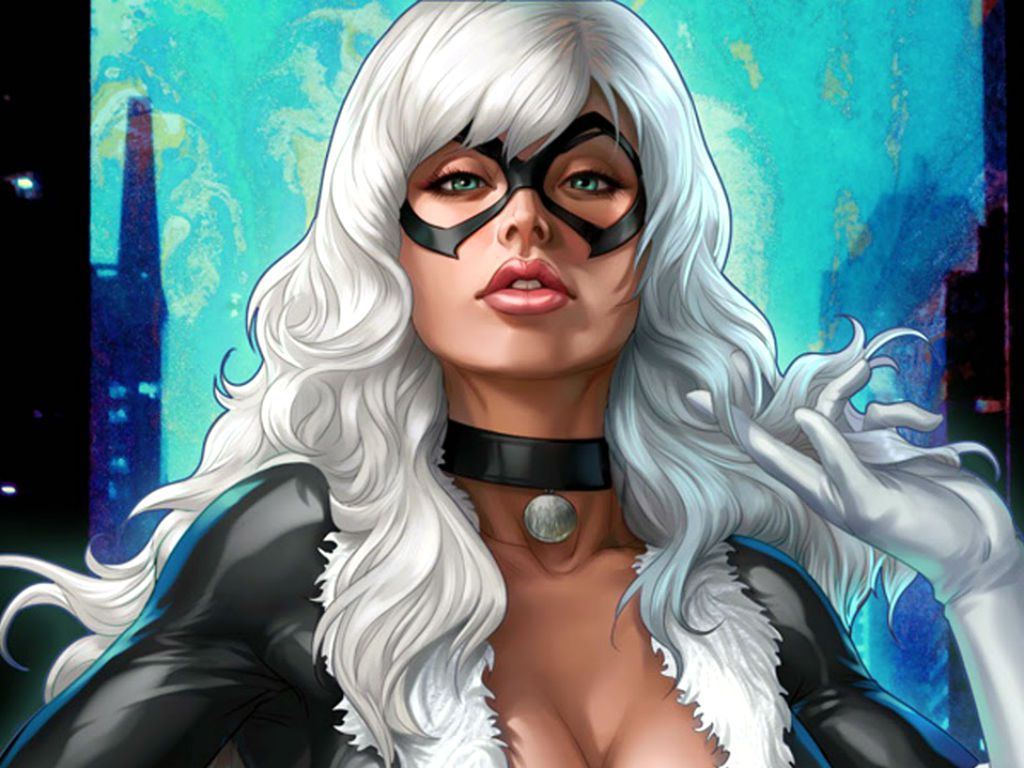 Also known as The Sub-Mariner, Namor is one of Marvel’s original super heroes, and dates back to the Golden Age of comics. The movie rights for Namor seem a little murky, and his similarity to Aquaman means that Marvel’s king of Atlantis might not show up in the MCU any time soon.

Spider-Woman, also known as Jessica Drew, might appear to be a cheap Spider-Man knock-off, but her backstory is unrelated. A former Hydra and S.H.I.E.L.D. agent, Spider-Woman is a big part of the “Secret Invasion” comic event in which shape-shifting Skrulls take over the Earth.

While the Nova Corps appear in “Guardians of the Galaxy,” we have yet to see the cosmic superhero who is simply known as Nova. This hero, also called Richard Rider, will probably show up in a future “Guardians” or “Thor” movie.

While we’re getting a “What If?” animated adventure on Disney+ with Agent Peggy Carter as Captain Britain, we have yet to get an authentic comic book accurate Brian Braddock. Where Captain America got his strength from science, Captain Britain was gifted super powers from Merlin.

A fan favorite character that’s been referenced but not confirmed in the MCU, Beta Ray Bill is a horse-faced alien who is capable of wielding Thor’s hammer. Beta Ray Bill’s more common weapon is Stormbreaker, which Thor forges in “Infinity War.”

It’s hard to beat Willem Dafoe. Norman Osborn is a big deal in Marvel comics, not only as the Green Goblin, but as the leader of the Thunderbolts, who are basically Marvel’s answer to the Suicide Squad. Osborn is unlikely to appear in the MCU any time soon now that Disney and Sony are squabbling over Spider-Man.

It’s very likely that Riri Williams, aka Ironheart, was introduced to Marvel comics as a trial before her eventual inclusion in the MCU. Ironheart is a genius who builds her own Iron Man suit, but it remains to be seen whether Marvel will attempt to adapt her for films.

Amadeus Cho is The Totally Awesome Hulk, introduced at around the same time as Riri Williams, when Marvel was trialling new characters to take the place of familiar faces. As Mark Ruffalo isn’t quite done with the MCU yet, Marvel might not need Cho for a little longer.

If we’re lucky, we might get Billy Kaplan, ala Wiccan at some point in the near future. Billy is the son of Scarlet Witch and The Vision, and has his mother’s reality altering powers. He could appear in the upcoming “Wanda Vision” television series.

Hulkling and Wiccan typically come as a pair, because they’re dating. Raised as a human, Teddy Altman discovers that he has shapeshifting powers. It turns out that he’s actually half Skrull, half Kree, and one of his parents was Mar-Vell, the original Captain Marvel.

America Chavez, often called Miss America, has more in common with Superman or Supergirl than with Captain America. Chavez lived in an alternate reality which was threatened by destruction. Her mothers sacrificed themselves to save their reality, and Chavez ran away to Earth 616 (the main Marvel comics dimension) to be a hero.

Gwen Stacy has made a few movie appearances, but none of them in the MCU. For the majority of her history, Gwen Stacy has existed as a tragic if otherwise dull character in Spider-Man’s backstory, a symbol of the ordinary life he can never have. Now, Stacy is best known as Spider-Gwen or Ghost Spider, a superhero in her own right.

“Spider-Man: Homecoming” teased us with Donald Glover as Aaron Davis, hinting that his nephew lives somewhere in the neighborhood. Miles Morales is the star of the wonderful Sony Animation picture “Spider-Man: Into the Spider-Verse,” so if he does come to live action soon, it’ll probably be in a Sony movie rather than the MCU.

Another alternate Spider-Man that won’t show up in the MCU any time soon, Ben Reilly (aka Scarlet Spider) is Peter Parker’s friendly clone. The role has also been taken on by Kaine, Peter Parker’s evil clone. Clones are kind of a thing in Spidey mythology, but it gets quite confusing.

An Avenger with a longstanding history in the comics, Tigra is best known by fans as the furry Marvel hero. Tigra has tiger fur all over her body and her “costume” is simply a black bikini. It’s believed that Patty Jenkins is putting a similar DC character, Cheetah, into “Wonder Woman 1984,” so we might not get Tigra in the MCU.

Speaking of Wonder Woman knock-offs, we almost got Wonder Man in “Guardians of the Galaxy Vol 2.” Nathan Fillion was supposed to make a cameo as Simon Williams, an actor who eventually becomes the superhero Wonder Man, but this was sadly cut from the final edit. There’s still a chance Fillion as Wonder Man might appear in “Vol 3,” but that’s a long way in the future.

Take a wild guess at Hercules’ origin, considering that Thor is one of Marvel’s biggest heroes. Yup, this is the legendary hero from Greek mythology, and he’s been around for a while as an Avenger, although he’s never quite received the same clout as his Norse colleague.

Sentry is basically Superman if he had a severe mental illness. There’s not much more to him than that: he’s incredibly powerful, but also very unpredictable and dangerous. People are by now getting tired of creators wondering what it would be like if Superman was a murderer (thanks “Man of Steel” and “Brightburn” and “The Boys”) so we can only hope that Marvel doesn’t feel the need to trot out this tired hot take any time soon.

At the end of the first “Avengers,” Thanos smiles when he’s told that to face Earth’s Mightiest Heroes is “to court Death.” This is because in the comics, Thanos is in love with Death (also called Lady Death) and his motivation for The Snap is to try and impress her by wiping out half of all life. It’s a shame that Lady Death, the Marvel grim reaper, got cut from Thanos’ story, as she kind of makes more sense than Thanos’ nonsensical plan about resource scarcity.

Black Cat is Catwoman, but for Spider-Man. Felicia Hardy is the daughter of a cat burglar who gains probability-altering powers that basically just mean she’s really lucky (cats always land on their feet). Despite being very derivative, Black Cat is interesting in her own right, and Sony has plans to make a movie based on the character (so Marvel probably won’t get to play with her any time soon).

Moon Girl is a genius child inventor who, depending on who’s writing her, is either on the autistic spectrum, or just a bit odd. Devil Dinosaur is a giant red dinosaur. These two make a cute pairing and are getting their own animated television show, so it would be great to see them in the MCU, not least because some positive representation for autism in a major blockbuster would be very much appreciated.

Mechanized Organism Designed Only for Killing (MODOK) is a big head in a jar that is supposedly really dangerous, but in practice exists mostly to be the butt of endless dumb jokes. Comics are weird.

Anya Corazon, also known as Arana, is basically another riff on Spider-Man, except her powers come from an ancient spider deity. She’s far from the most popular Spider superhero, but that doesn’t mean she isn’t a lot of fun in her own right.

This is the Holy Grail of MCU additions, especially with the current X-Men film franchise on its last legs with the failure of "Dark Phoenix." The team needs a reboot, and the MCU needs the team. And with Jason Momoa recently expressing interest in playing Wolverine, we've never been more excited to see our favorite mutants play in the same cinematic sandbox as the Avengers and whatnot.

Greg Willis is a college student who is convinced that his own brand new set of super powers will lead him to fame and fortune as Gravity. When he arrives in New York to try and build up his crime fighting career, he’s disappointed to learn that with so many heroes already running around, he’s not exactly in high demand.