What Are the Rarest and Most Valuable Comic Books in the World?

Matthew Loffhagen
What Are the Rarest and Most Valuable Comic Books in the World? June 18, 2019Leave a comment 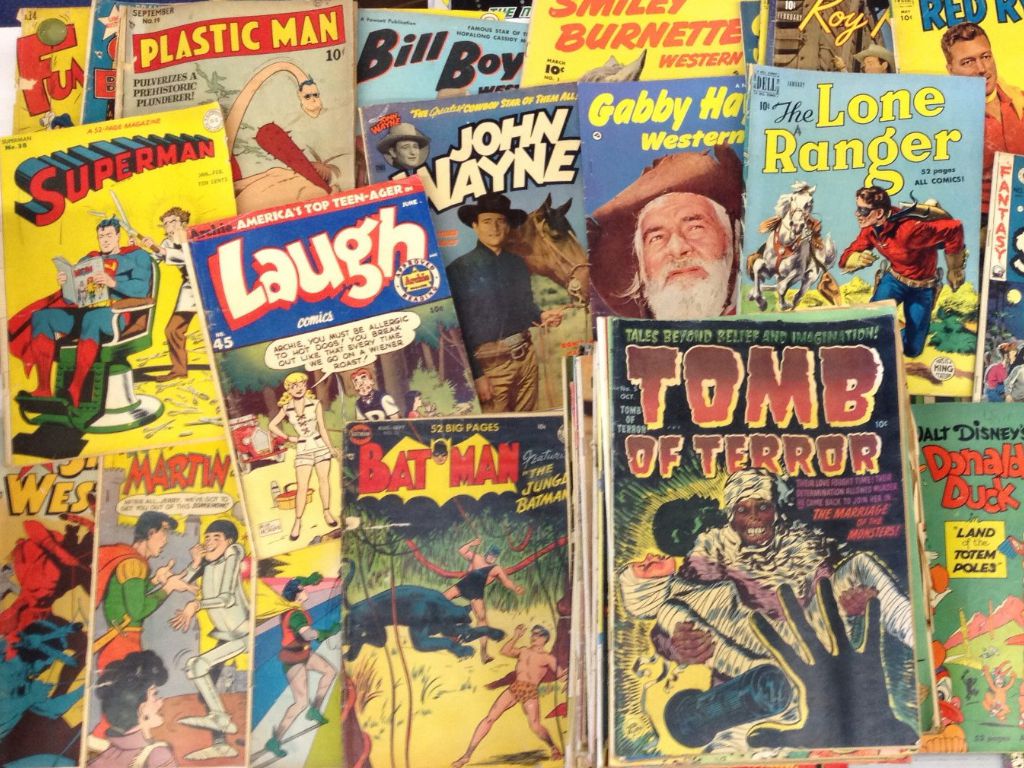 Most comic books are more or less worthless. But especially rare issues are worth a pretty penny. Here are the most valuable comics in history, and how much they'll cost you should you find one in decent condition...

The big daddy of comic collecting, "Action Comics" #1 is not only one of the rarest comic books in the world, it's also the most valuable. This is because the book debuted a certain character by the name of Superman, who ushered in the entire superhero comic book genre. Most copies of this book were recycled during World War II, making a near mint condition copy of "Action Comics" #1 worth over $3.2 million when one went on sale in 2014.

"Detective Comics" #27 introduced the world to another of the 20th century's most enduring modern myths: the Dark Knight himself, Batman. As with "Action Comics" #1, very few copies of this book still exist thanks in large part to World War II paper recycling efforts, back when comics were seen as just as disposable as newspapers. "Detective Comics" #27 very rarely goes on sale, but in 2010 a relatively intact copy of the book sold for a little over $1 million. It's theorized that a near mint condition copy of this book would be the most valuable comic in the world.

Most of Marvel's big contributions to the comic book world came after World War II, so they're not quite as rare as Golden Age books starring Batman and Superman. One exception to this is "Marvel Comics" #1, which features the original Human Torch (no relation to the Fantastic Four character). A copy of this comic sold in 2014 for $3.2 million, making it the most expensive comic ever purchased at that time.

Truth be told, "Avengers' #1 is not quite as rare or sought after as many of the other books on this list. It's still worth a lot of money, though, thanks in large part to featuring the debut appearance of Earth's Mightiest Heroes. This comic has shot up in value in recent years as Marvel's movies have brought more popularity to its characters, and a high quality copy of the book sold in 2018 for $250,000.

"Amazing Fantasy" #15 is both rare and valuable. The final issue of a failing magazine (previously titled "Amazing Adult Fantasy") publishers never anticipated this comic becoming a collector's item. Writer Stan Lee used the dying book as an opportunity to publish a story he'd been working on about a tragically flawed hero named Spider-Man, and once this character took the world by storm, the issue became the ultimate Marvel collector's piece. In 2016, a copy sold for $454,100.

In 2012, a near mint condition copy of "X-Men" #1 sold for $454,100. This book, the original debut issue of the titular mutant superhero team, has long been a sought-after collector's item for those with too much disposable income. As with many books from the 1960s, "X-Men" #1 isn't quite as rare and valuable as pre-war comics, but that doesn't mean it isn't in high demand.

Iron Man is a superhero with the power of money, so it makes sense that his debut comic issue would sell for a lot of cash. A near pristine copy of "Tales of Suspense" #39, the first comic to feature the reformed weapons dealer, sold in 2012 for $375,000. Should anyone ever want to part with a mint condition copy of the comic, it's valued at well over $1 million.

In 2011, a copy of "Captain America" #1 sold for $343,000. This comic is another book that was almost entirely mulched due to wartime recycling efforts, which is why it's so rare and valuable today. GoCollect.com estimates that if anyone were to produce a mint copy of the comic, it could sell for up to $17 million. But probably no copy of the issue in perfect condition exists in the world.

The first Marvel comic to feature the Thor, the God of Thunder, doesn't sell for nearly as much as his more prominent Avengers teammates. Thor's debut issue sold for $140,000 early in 2019, which is a shame, as those who saw "Avengers: Endgame" know the year hasn't exactly been kind to Thor's self-esteem.

It's interesting looking back at the history of comics to see which characters first debuted in other books, and which got starring roles in their on ongoing series right from the start. A copy of "The Incredible Hulk" #1, the first appearance of the grumpy green (originally gray) giant, sold in 2016 for $375,000.

While "Marvel Comics' #1 is rarer and more valuable, it can be argued that "The Fantastic Four' #1 ushered in the true Marvel Age of comics. A copy of this book sold for $300,000 in 2011, which is a steal considering it's basically the first true comic in the ongoing adventures of the Marvel universe, and dramatically changed superhero storytelling forever upon its initial release.

At one point, the adventures of the superhero Shazam (then called Captain Marvel) were more popular than Superman comic books. A lengthy copyright battle put an end to the character for a time during the Golden Age of comics, which is likely why "Whiz Comics" #2 isn't worth as much as Superman's debut. A decent copy of this comic sold for $281,001 in 2012.

"All Star Comics" #8 is a noteworthy chapter in comic book history. While the main story concerns the Justice Society of America, a shorter story at the back of the book features the debut of Wonder Woman, as the publisher tested the character before giving her a more prominent role in later books. In 2017, a copy of this comic sold for $936,223.

There are two noteworthy superheroes named The Flash in the annals of comics (as well as a bunch of side characters who've also used the title but who aren't quite as memorable). The original Golden Age Flash debuted in his own book, "The Flash" #1, and a copy sold for $450,000 in 2010.

It's hard to figure a definite value of "All-American Comics" #16, the debut of the Golden Age version of Green Lantern. According to some sources, a fairly scuffed and yellowed copy of the comic sold in 2018 for $215,100. If a mint-condition copy exists, it's certainly not been found yet.

While "Superman" #1 may not be quite as noteworthy as "Action Comics" #1, it's still a coveted collector's piece as it's the first issue of a dedicated series about the Man of Steel. His earlier books are anthology titles featuring many different characters and stories. Because it's so rare, it's again hard to get a good feel for the value of a near mint condition copy of "Superman" #1, but a fairly battered copy of the book sold for $500,000 in 2017.

Just as Superman eventually graduated from appearances in an anthology book to commanding his own dedicated series, Batman too eventually got his own solo comic. In 2012, a copy of "Batman" #1 sold for $850,000, making this a very valuable comic indeed.

Following the unexpected sales success of "Amazing Fantasy" #15, Spider-Man returned to the printed page in "The Amazing Spider-Man." This book set records for Silver Age comics values in 2011 when a copy sold for $1.1 million. Apparently, there's a lasting value to a comic book with a cover that features both Spidey and the Fantastic Four, proving yet again the viability of Marvel's long-running strategy of mashing together all their action figures in explosive set pieces.

The rather uncomfortably racist cover of "Detective Comics" #1 may not be something most people would want staring down from their living room wall, but that hasn't hurt its value. In 2018, a decent copy sold for $33,460, so while this comic book is hardly as valuable as the origin of Batman, it's still a pricey collector's item.

"Adventure Comics" #26 is by no means as valuable as many of the comics on this list. In 2017, a copy sold for a mere $7,767. But what "Adventure Comics" #26 lacks in value, it more than makes up for in rarity. This book, like many of the era, is almost entirely non-existent now. There are believed to be around five copies left in the world, making it potentially the since rarest DC Comics issue of all time, even if it's not worth hundreds of thousands of dollars.

In 2018, a copy of "Action Comics" #7 sold at auction for $160,000, making this a fairly pricey comic book. Even rarer, though, is the "ashcan" version of this book. An ashcan comic is a rough, black-and-white copy of an issue that's made as a draft before the color version goes to print. They're designed to be thrown away upon completion, i.e., tossed into the ashcan, hence the name. Some of these ashcan comics still exist, and an ashcan "Action Comics" #7 is still somewhere out in the wild. Good luck finding it, though, as likely only a single copy exists in the entire world.