Movies That Bombed So Hard, They Ruined Actors’ Careers Forever 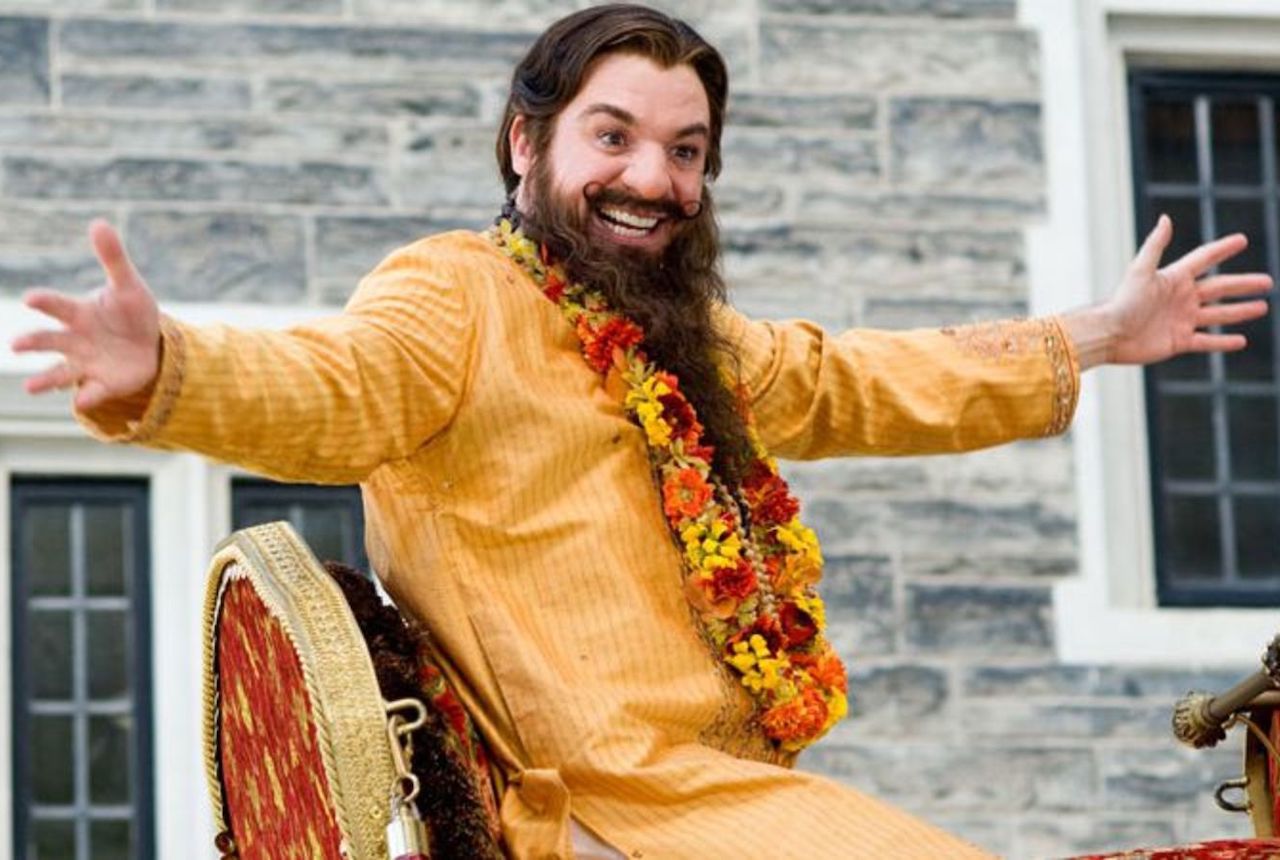 A movie star lives a life of fame, fortune and ease. But there's one asterisk: If you make one career misstep, you fall. Don't believe it? Then check out these movie bombs that ruined careers. And don't say we didn't tell you so.

Fresh off the Twilight saga, Taylor Lautner toplined an action flick called Abduction. It was a generic, unmemorable work, which did nothing to cement or redefine Lautner as a star. Since then, his stardom has been abducted, though he's gone to poke fun at his image in several Adam Sandler films and the BBC comedy Cuckoo.

[dx_custom_adunit desktop_id="RTK_K67O" mobile_id="RTK_5yk0"] Though Taylor Kitsch won our hearts in Friday Night Lights, he couldn't catapult his career into outer space when he played the titular Mars-bound hero in rare Disney flop John Carter. Since then, he's appeared in prestige projects like True Detective, The Normal Heart, and Waco.

After a string of successful performances in movies like A League Of Their Own, it all sank when Madonna starred in the Hollywood remake of Italian comedy Swept Away, directed by her then-husband Guy Ritchie. It was derided by critics and audiences alike. Neither she nor her co-star, Adriano Giannini (son of the original film's lead actor), ever had a successful Hollywood film again.

Sean Connery's experience on The League Of Extraordinary Gentlemen was so bad that he straight-up retired. After decades of screen work, it only took one badly made and received movie for the icon to hang it all up. He's since come out of retirement only for small voice-acting gigs, and once to reprise James Bond in a video game.

[dx_custom_adunit desktop_id="RTK_K67O" mobile_id="RTK_5yk0"] After playing Legolas in the Lord of the Rings films, Orlando Bloom stepped into the lead role of a Cameron Crowe rom-com. What a way to cement his status as a sensitive heartthrob. Except, no. It didn't cement anything. Critics panned it and no one saw it. Beyond roles in other Pirates Of The Caribbean films, Bloom has not appeared in much else since.

In The Love Guru, Mike Myers gave into his worse impulses, offending audiences not only with crimes against comedy but also straight-out racism. The flick flopped with an iron thud, and Myers has been relegated to one-scene cameos and bizarre characters that host game shows ever since.

Mariah Carey is one of the greatest vocalists of all time and her supporting performance in Precious is incredible. Got it? Good. Anyway, Glitter is an absolute disaster of a film and stalled the pop star's Hollywood career with good reason.

[dx_custom_adunit desktop_id="RTK_K67O" mobile_id="RTK_5yk0"] What if Mad Max had a wackadoo sense of humor? You'd get Tank Girl, the ahead-of-its-time adaptation of Alan Martin and Jamie Hewlett's cult comic classic. It's a wild and fun watch, but, at the time of its release, audiences didn't agree. And star Lori Petty never found her footing again. Since then, she's had a recurring role on Orange Is The New Black.

'I Know Who Killed Me' - Lindsay Lohan

Maybe it wasn't just a film that torpedoed Lindsay Lohan's career after her huge early successes like The Parent Trap and Mean Girls. Maybe it was her personal issues with substance abuse, unprofessional behavior, and general lack of direction. But, then again, we forgive lots of artists' bad behaviors if we like their art enough. OK, we've come back around: I Know Who Killed Me killed Lindsay Lohan's career.

After an arduous and tumultuous production history rife with reshoots and behind-the-scenes clashes, Kevin Costner's gonzo post-apocalyptic blockbuster Waterworld debuted with a splash. A splash into sewage water, that is. Critics savaged it, audiences were confused and, while the film has gotten a reappraisal in its later life, it definitely put a huge roadblock in Costner's career path.

[dx_custom_adunit desktop_id="RTK_K67O" mobile_id="RTK_5yk0"] Josh Hartnett was poised to have the career of an "interesting heartthrob." He classed up joints like 40 Days And 40 Nights and played with his image in darker works like Sin City. Then came The Black Dahlia, an examination of one of the most notorious crimes ever committed. And America responded with a hearty, "No, thank you!" Hartnett hasn't really made an impact in film since, though he did star in horror series Penny Dreadful.

Battlefield Earth is the bloated John Travolta Scientology fever dream ithat has since become the poster child for Hollywood flops. And it started Travolta's slope into cruddier and cruddier film fare. In other words: Without Battlefield Earth, there is no Gotti.

Remember Bennifer? No, not the Garner one. The Lopez one. It was the 2000s, a simpler time, and Ben Affleck and Jennifer Lopez tried to convince America they could co-star in a crime/rom-com about – this is the actual plot – kidnapping the developmentally disabled younger brother of a mobster. If you think they didn't treat this plotline with any sensitivity... you're right. The film was an aggressive flop, and it took Lopez a long road to recover in Hollywood.

[dx_custom_adunit desktop_id="RTK_K67O" mobile_id="RTK_5yk0"] If you ever want to be talked at for a long time, ask a Star Wars fan what they think of the prequels. They will undoubtedly say a lot about the performance of Hayden Christensen, who played the eventual Darth Vader. But it took Christensen's other role as a leading man in an action film to completely stop his career. Jumper came and went quicker than the jumpers in the film, which is a joke you don't understand because you did not see Jumper.

Halle Berry hit a home run as Storm in the X-Men film franchise. So when she decided to switch hit and play in the DC film universe, she took a big swing and fell out of the batter's box, into the stands, and into the fans' popcorn boxes. Catwoman was an abject film failure, and Berry's screen work since then (beyond the X-Men appearances) has been regrettably flimsy.

Like Sir Connery before him, one film stopped legendary actor Gene Hackman from ever wanting to act again. What film had such an offensive power? Could get this under his skin? Be this evil? It was, of course, the mild-mannered Ray Romano comedy Welcome to Mooseport. If you've ever seen it, you forgot it while you were watching it. But Hackman didn't. He retired shortly after.

[dx_custom_adunit desktop_id="RTK_K67O" mobile_id="RTK_5yk0"] Another of Hollywood's classic "big-budget flops," Cutthroat Island was directed by actioner Renny Harlin, who cast his then-wife Geena Davis as the lead. The pirate epic was wrought with misspent money, last-minute reshoots, and on-set tension. Its release resulted in such a loss of money, it literally bankrupted its studio. And Davis, an absolutely incredible actor, still hasn't fully recovered.

Freddie Prinze Jr. is, more or less, not that interested in acting anymore. What occupies his time now? Believe it or not, it's professional wrestling. He works as a writer, producer and director for the WWE, only occasionally appearing on camera. And what prompted this decision from the charming personality? All signs point to the garish, hyperactive Scooby-Doo adaptations, his last starring roles.

After the massive success of The Matrix, the Wachowskis tried and tried again to produce idiosyncratic works of big-budget genre fare for the screen. And they, unfortunately, tended to fail. One of their most noble experiments came in Speed Racer, a truly bonkers, singular adaptation of the famous anime. Its star, Emile Hirsch, never quite bounced back from the film's fall.

[dx_custom_adunit desktop_id="RTK_K67O" mobile_id="RTK_5yk0"] After her stint on teenager-focused sitcom Saved By The Bell, Elizabeth Berkley decided to mature her image by starring in Showgirls, a fully-for-adults drama from fully-for-adults director Paul Verhoeven. It was rated NC-17, but mostly attracted controversy for how mind-bogglingly awful the whole thing was. While it's since attained status as a camp classic, Elizabeth Berkley never found her way on the big screen again.

In Ridley Scott's G.I. Jane, the normally glamorous Demi Moore shaved her head and got ultra-serious. America's response? The equivalent of the "shrugging emoji." Its critical and financial ambivalence effectively ended Moore's reign as a leading woman in Hollywood.

If you look up the word "problematic" in the dictionary, you actually see a full rendering of the feature film Boat Trip, starring Cuba Gooding Jr. Though he had, like, just won an Oscar for his work in Jerry Maguire, Boat Trip nullified that goodwill with its casually homophobic, cartoonish nonsense. Gooding Jr.'s film career took a nosedive shortly thereafter, though he's since revitalized himself playing O.J. Simpson in American Crime Story.

[dx_custom_adunit desktop_id="RTK_K67O" mobile_id="RTK_5yk0"] When the lovable Chris Klein, best known for his role in the American Pie franchise, tried to darken up his image in dystopian action remake Rollerball, it really, really did not go well. The film was rewritten from a quality original script into an incoherent mess, butchered in editing, and even got its director sent to prison for wiretapping. An innocent casualty in the whole mess? Chris friggin' Klein.

While Armie Hammer has turned his career into satisfyingly intriguing supporting corners (i.e. Call Me By Your Name and Sorry To Bother You), he originally tried to capitalize on his Social Network success with The Lone Ranger. A Disney adaptation of one of our most well-known characters, from the visionary director of Pirates Of The Caribbean? Where could it go wrong? Um, try "everywhere." The train wreck of a film (literally, there's a very long train wreck sequence) may have stopped Hammer, Leading Man. But we're thankful it birthed Hammer, Interesting Actor.