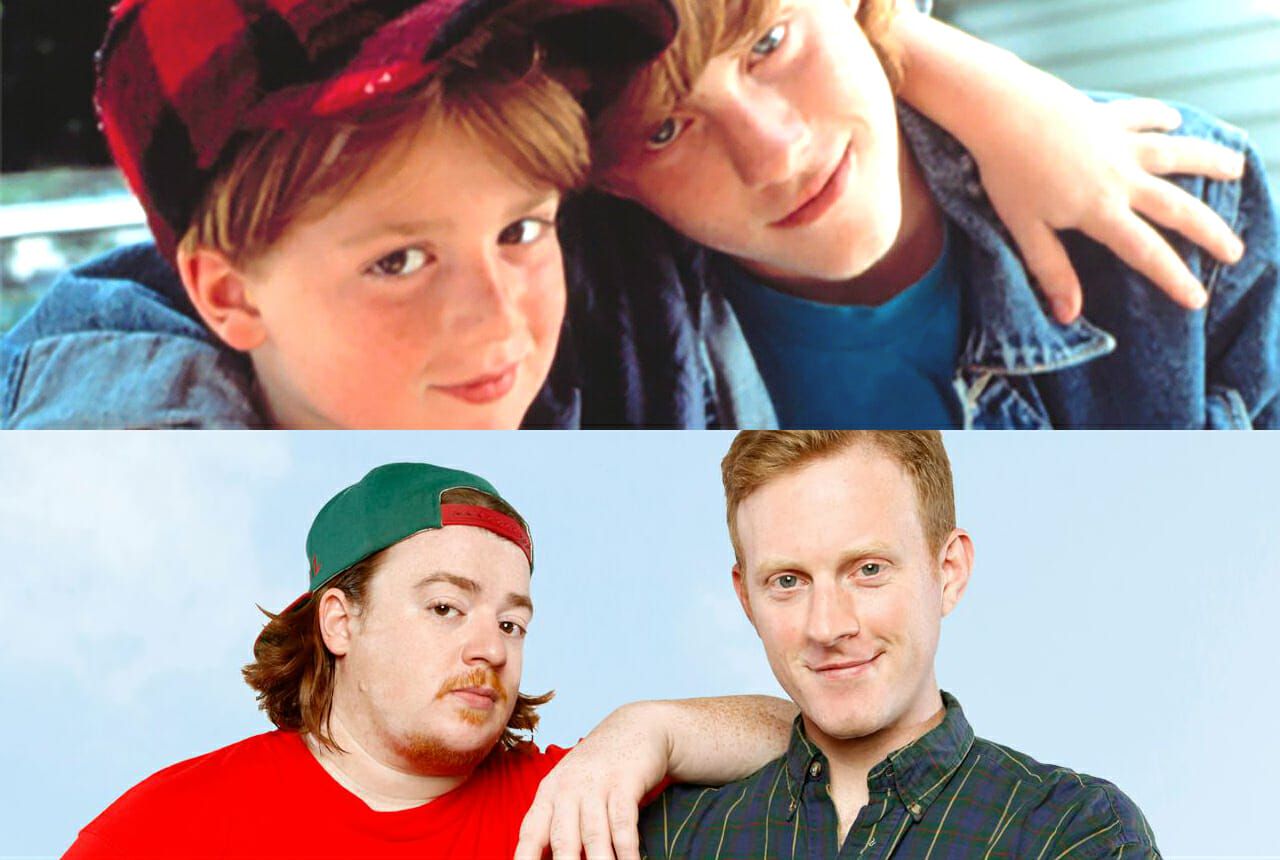 They're rebooting everything now; we've come to expect it. And Nickelodeon was bound to be next. So, naturally, Clarissa Explains It All and Legends Of The Hidden Temple are among the scores of remakes already out there. But don't just redo the show with some other precocious kid and some new high-top sneakers. Because I want an adult Clarissa getting woke and coming face to face with the limitations of her white feminism. And forget preteens. I want the chance to rise up and conquer the damn Hidden Temple myself. Because Nickelodeon helped define millennial childhoods. And the weird and wonderful heart at the center of their shows is what most of all makes these ideas for Nickelodeon shows rebooted for adults a total cultural necessity.

Literally two nights ago I had a conversation with my friend about what grown-up Doug is like. She argued he's an incel and I said no, I think he's a sex-positive cuck. "But Skeeter is a non-binary icon!" she retorted. "Oh, for sure," I said, "and Doug would never turn his back on his best buddy." And thus Millennial Doug was born.

Camp is one of the all-time greatest media subjects. But this time, instead of making it about the campers' lives, I want a "Salute Your Shorts" that centers around Ug and whatever crazy coterie of counselors he has working for him. Everyone at camp gets up to some shit, so let's give the counselors a chance to shine.

I'm aware of what has transpired in the life of Ms. Amanda Bynes in her adult years. But that's why an "Amanda Show" reboot is such a good idea. Give Amanda some agency over her own life and let's watch her, I don't know, go to therapy and confront the Hollywood people from her past who f---ed up her life so thoroughly. You'd watch that. Don't deny it.

I would say the main failing of the original "Hey Arnold" is how white it manages to be while still embracing the urban diversity of its setting. So let's see Arnold and friends head off to college. From there they can tackle what it means to be young and white and woke in the big city.

The original "Angry Beavers" was, in fact, about actual beavers. But I say we reboot it into a show where women just yell about what they're mad about. Kind of like "Billy on the Street" meets the best parts of "Inside Amy Schumer." There are plenty of ladies out there who are angry as hell, and they're not going to take it anymore.

The original "Double Dare" was kind of gross and boring. But I am 100 percent all for giving the young adult generation as many chances as they can to make money. Sure, you may get humiliated and covered in slime along the way. But at the end you may be able to pay off one of your credit cards.

The original "Eureeka's Castle" was like the H.R. Pufnstuff of its day: a weird, psychedelic show that would heavily guise its lessons in puppetry and song. There was something irresistable about the whole shebang. For a reboot, I don't even think you'd need to change anything. Just bring it back and stock up on sativa.

A "Kenan and Kel" rebott is seriously such a no-brainer that I can't believe it isn't already in the development pipeline. Kenan needs something to do that isn't slowly dying on "Saturday Night Live." Kel needs something to do, period. And these guys have the comedic chemistry to make any project they're on together work. So let's get to it, Hollywood.

I think one of the things that always gets kind of brushed under the rug with "The Secret World of Alex Mack" is how it's essentially a show about corporate corruption, particularly in regards to the environment. Sure, our main character is cute and charismatic. But she was also turned into goo by a toxic spill. Let's see Alex grown up into a journalist taking down big polluters. And how does her silver goo power affect her sex life? Creepy inquiring minds want to know.

The Adventures of Pete and Pete Reboot

This is not to discredit the delightful podcast "The Adventures Of Danny And Mike" that the grown up stars of "The Adventures of Pete and Pete" have been making for the last few years. But, man, would I love a show about the brothers all grown up and sharing an apartment in suburban Jersey, trying to convince Artie to retire and shit. The original show was one of the best kids shows of all time. An adult reboot could really be something special.

Clarissa Explains It All Reboot

I wasn't kidding about Clarissa and her white feminism. I want to see an adult reboot of "Clarissa Explains It All," one in which Clarissa constantly explains politics and social issues from her limited, rich, white, liberal viewpoint. And then she gets seriously checked by her POC friends at every turn. Yes, Ferguson grew up to be gay. But there's a twist: He's a Log Cabin Republican.

Are You Afraid of the Dark Reboot

There's an argument to be made that "Black Mirror" is already kind of like "Are You Afraid f the Dark?" for adults. But, in my opinion, it would be awesome if there was a modern horror series that wasn't quite so focused on tech. I'm saying let's bring back the campfire and the Midnight Society, and tell some scary-ass, R-rated monster stories.

A grown-up "Animorphs" reboot is inarguably a great idea. But it raises an unavoidable question: How long can an adult version of "Animorphs" last before the sex stuff gets very weird? It's got to be, like, immediately. Right? But now that I come to think about it, I bet that would make the show wildly popular.

What Would You Do Reboot

When I was a (fat) kid, it was my dream to be on "What Would You Do"? Contestants either won prizes or got their bodies absolutely covered in whipped cream pies. To me, that was the definition of a win-win scenario. And it still is. What would I do? Anything that's going to put me in the goddamned Pie Pod, that's what.

I loved "Hey Dude" when I was a kid. But, in retrospect, the show was not actually very good. But an adult reboot? Now there's a chance to change things up. Let's give "Hey Dude" an all-native cast, and the white people who stay at the ranch as guests are always the butt of the joke. GTFOH, Brad.

Legends of the Hidden Temple Reboot

Why was everybody always so terrible at putting that monkey statue together? With the news that they're rebooting "Legends Of The Hidden Temple," reignited was the flame inside me that burns with the desire to kick temple ass. If I have to sit back and watch a new generations of kids totally blowing it, I'm gonna be pissed.

A few years ago, when somebody on Tumblr drew adult versions of the "Rugrats" babies, the original artist responded, unhappy that everyone assumed the babies grew up to be attractive. So let's be real: Those were some ugly babies, and they grew up to be normal, ugly adults. Honestly? Handle a show about the "Rugrats" kids as adults the right way, and it could be the new "Friends."