Camila Villafane
There’s a $350k Painting in “Stuart Little” That Was in Plain Sight But No One Even Noticed It February 17, 2021Leave a comment 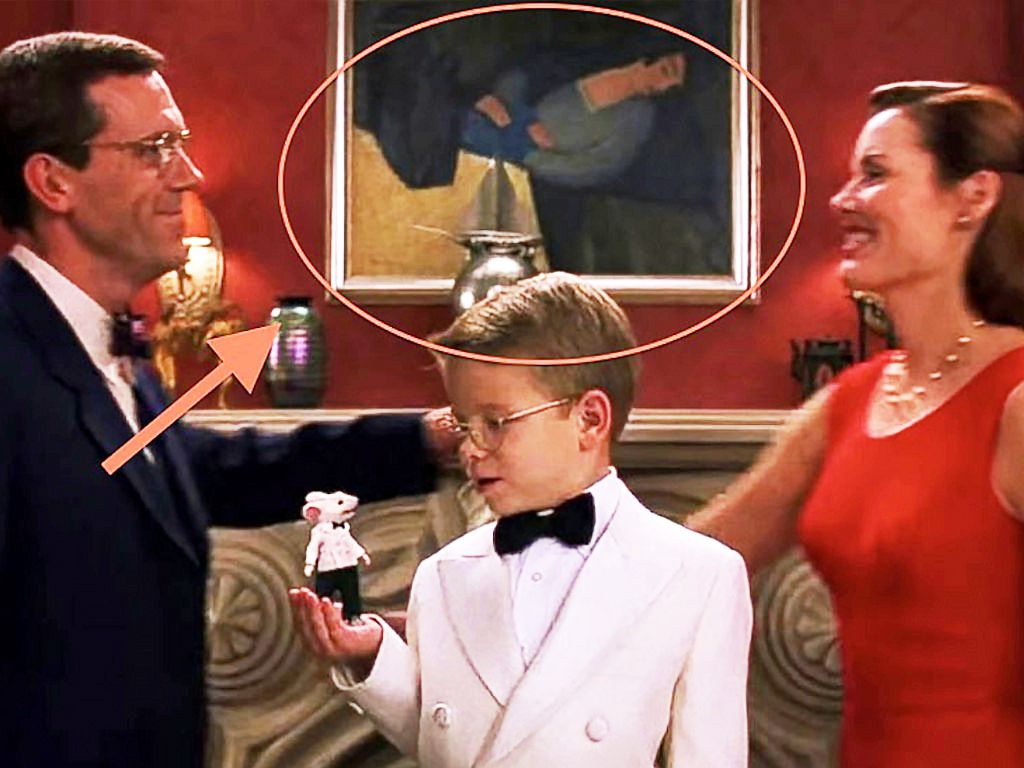 Robin Williams’ character “Mrs. Doubtfire” described Stuart Little as the greatest character in all of literature. Well, in 1999, moviegoers were blessed with a live-action version appropriately titled “Stuart Little.”

The film starred Hugh Laurie, Geena Davis and Michael J. Fox, but most people never realized that hanging in the background was a $350k painting until someone pointed it out many years later.

Miracles Happen All the Time

They say miracles do happen, but how often does anyone get to witness one in their lifetime? Maybe once or twice if they’re lucky? Well, as it turns out, miracles can happen. But if we’re not paying attention, we can miss them. Fortunately, that wasn’t the case for one father.

Art Historian Noticed Something Was Amiss

Gergely Barki, a researcher and art historian working at the Hungarian National Gallery in Budapest, was used to seeing expensive works of arts hanging on the walls of art galleries. But he never expected to find a $350k painting in a children’s movie.

He Was Looking Forward to Spending Time With His Daughter

It was 2009 and the night before Christmas. Barki had been looking forward to this moment all day long. As an art historian, he often found it difficult to make time for his family. This was particularly tough on his relationship with his daughter, Lola. But now he had the chance to make it up to her.

"Stuart Little" Was a Classic

He sat down in the living room next to his daughter to watch the live-action 1999 film “Stuart Little.” And sure, it was a decade old at the time, but some classic movies are like wine and only get better with age. But he had no idea his life was about to change because of the movie he chose to watch with his daughter.

They Were Having a Great Time

His daughter, Lola, sat on his lap and prepared for what was sure to be a great bonding experience with her dad, and she was right. The film had them in stitches because it was so cute and hilarious. But all of a sudden, Barki stopped giggling and his daughter didn’t know why.

Barki Was in a Trance

She knew she hadn’t done anything wrong, and yet her father seemed to be in a trance as she looked up at him. She thought about asking him if everything was okay, but she figured that this was how adults reacted to children’s movies and went back to enjoying the movie. But she didn’t know that her father’s mind was captivated by something he saw in the film.

A Scene in the Movie Left Him Speechless

There was a scene in the film where Stuart, who was a mouse, and his humans were having a chat right in front of the fireplace. But Barki could have cared less about the conversation they were having. In fact, he was more interested in a particular object in the background.

He Recognized the Painting

Barki noticed a painting hanging over the fireplace in the scene and he recognized it right away. This wasn’t some simple prop or a painting that the set designers had bought at a flea market. It was something far more valuable.

It Was a Holiday Miracle

“I nearly dropped Lola from my lap,” Barki was quoted saying. “It was like a miracle of Christmas for me. It seems almost impossible to find a painting hidden in a Hollywood movie.” But why was it so important to him?

It Was a Lost Masterpiece

Barki realized that the painting was a long-lost Hungarian painting that had seemingly vanished back in 1928. It was done by artist Róbert Berény and it was called the “Sleeping Lady with Black Vase.” But who was Berény?

Berény Was a Member of “The Eight”

Berény was a part of a groundbreaking team of artists known as “The Eight” who revolutionized Hungary’s art movement in 1909. This made him a major historical figure in Hungarian art. But not everyone was jumping for joy over this prolific artist.

He Was Forced to Leave Hungary

In 1920, Berény designed a series of recruitment posters for a communist revolution movement. Unfortunately, the movement failed, which forced him to flee Hungary that same year. But years later, he painted a portrait that would vanish without a trace.

In 1926, Berény painted a portrait of his second wife and named it “Sleeping Lady with Black Vase.” But one day, the masterpiece disappeared. So, when Barki saw what appeared to be the real thing in the film, he gasped and felt his heart jump with excitement.

He Knew He Wasn’t Dreaming

Barki had only seen a black-and-white photo of the painting in the 1928 exhibition catalog. So, when he saw it on the TV, he knew it was real. “It was not just on screen for one second but in several scenes of the film, so I knew I was not dreaming,” he was quoted saying. But finding the painting would prove difficult.

He Contacted the Movie Studios

The first thing Barki did was e-mail Sony and Columbia Pictures, which had produced the film. Unfortunately, the executive producers didn’t know what had happened to the painting after production had wrapped. So, his next step was clear.

He Reached Out to the Cast and Crew

He decided to contact every cast and crew member connected to the film via e-mail, but no one could help him. Two years went by and all hope seemed lost. Then, he received an e-mail that got him very excited.

She Bought It at an Antiques Shop

The woman who contacted him was an assistant set director who had been tasked with the responsibility of finding props for the movie. To that end, she bought a painting at an antique shop in Pasadena, California, for $500. But what had happened to the painting?

She Took the Painting Home

Once production ended, the assistant set director took the painting home. But that didn’t mean that she still had it. And yet surprisingly, she did. “It was hanging on her bedroom wall in Washington,” Barki was quoted saying. But it took a year before he had the chance to see the painting in person.

He Eventually Got to See It

“Within a year, I had a chance to visit her and see the painting and tell her everything about the painter. She was very surprised,” he said. But the big question was, how on Earth did the painting travel from Hungary to California?

The Painting’s Previous Owner Reached Out

When the story about the painting became headline news, the previous owner, Michael Hempstead reached out and explained that he had bought the painting in the 1990s at the St. Vincent de Paul charity auction in San Diego, California. And he paid less for it than the assistant set director did.

“I think I only paid $40,” Hempstead was quoted saying. “Somebody had just donated it, probably with a lot of other items.” He knew it was one of Berény’s masterpieces but he didn’t know it was categorized as being lost. So, he sold it at a Pasadena antique shop for about $400, which is where the assistant set designer eventually bought it.

Barki assumed that the painting was originally bought during the 1928 exhibition. “That was when it was last exhibited and, as most of the buyers were Jewish, it probably left the country as a result of the war,” he assumed. “After the wars, revolutions, and tumult of the 20th century many Hungarian masterpieces are lost, scattered around the world.” But how it traveled from Hungary to California will likely remain a mystery.

The Painting Was Put Up For Auction

The assistant set designer eventually sold the painting to an art collector. Then, on December 13, 2014, the painting was sent to a Budapest gallery for auctioning. But how much did the painting that was worth $350k end up selling for?

Barki Didn’t Go to the Auction

The “Sleeping Lady with Black Vase” was auctioned off for a whopping $285,700 to a Hungarian buyer whose name was not disclosed. But ironically, Barki didn’t bid on it, and did not attend the auction. But he still had made a major contribution to Hungarian art.

He Was Proud to Have Discovered the Painting

“It was an amazing once-in-a-lifetime experience to discover the painting. That was the exciting part,” he was quoted saying. But he also said that: “A researcher can never take his eyes off the job, even when watching Christmas movies at home.”