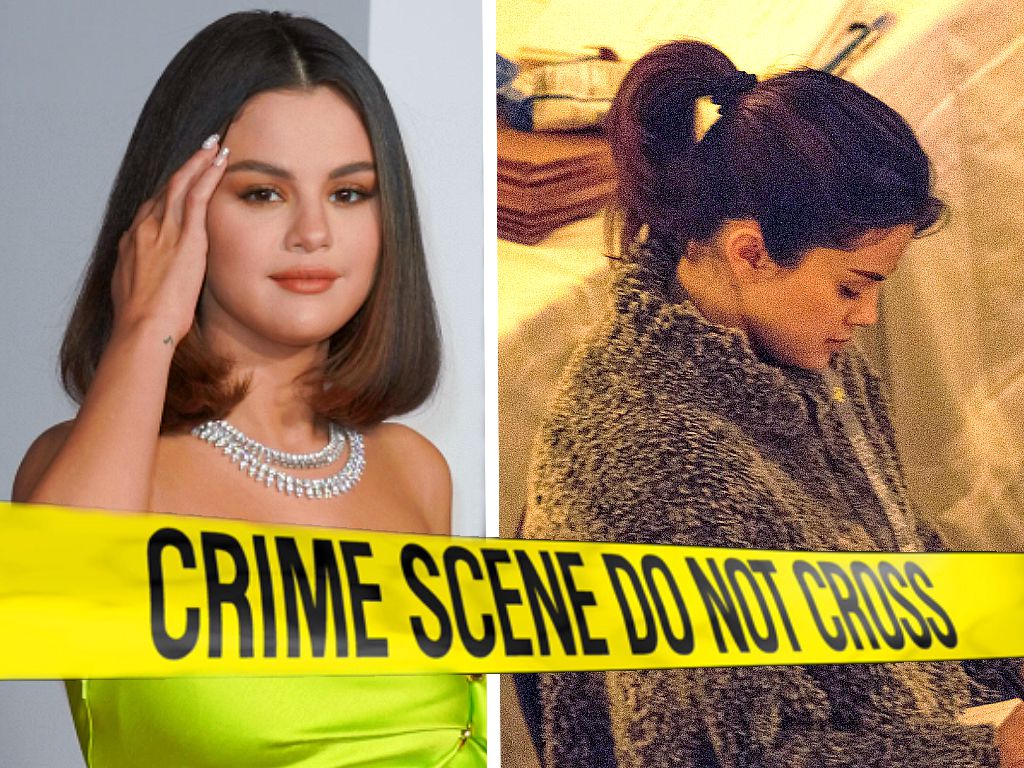 Everyone knows that Selena Gomez is a Hollywood superstar. The singer, actress, songwriter and TV producer is a total jack-of-all-trades. But now she can add amateur detective to her list of credits after she helped to attempt to solve a 38-year-old cold case, with a little help from her mom, of course.

She Went to the World’s Biggest High School

Selena Gomez didn’t have a typical upbringing. “I went to the biggest high school in the world, which is the Disney Channel,” she told the New York Times. It wasn’t always easy, but it would turn out to be much simpler than solving a long-forgotten criminal case. But that's exactly what she did along with her mom and 300 amateur detectives recently in Chicago.

She Broke Out of the Disney Mold

Gomez is used to working under stress. She played Alex Russo on “Wizards of Waverly Place,” but it was a lot of pressure to play the role of the good girl all the time. Eventually, it pushed her to move on to bigger and better things, but being a crime solver didn’t even cross her mind.

She Went from Actress to Producer

Gomez became the producer of the popular, albeit controversial, Netflix series, “13 Reasons Why.” Her experience with the Disney Channel made her relate to the pain the characters on the show went through. But she didn’t really know what pressure felt like until she tried to solve a mystery that could potentially put an end to a family's suffering.

She Had a Strained Relationship With Her Mother

Gomez and her mother Mandy Teefey haven’t always had the best mother/daughter relationship. When the singer temporarily reconciled with her then on-again, off-again boyfriend Justin Bieber, Teefey got very angry at her daughter. But things got even more stressful after Gomez got sick.

She Needed Surgery to Save Her Life

In 2017, Gomez had to undergo a kidney transplant as a result of complications from a condition called Lupus. Fortunately, her friend, Francia Raisa was a match and volunteered to give Gomez one of her kidneys, but Teefey had practically lost it emotionally during the experience.

“That was probably one of the hardest things to ever experience as a parent, and especially when there were complications, and it was just me and her, and she had to go in,” Teefey told Entertainment Tonight. But Gomez pulled through, she eventually went back to being herself. As time went on, the mother-daughter duo found ways to repair the rift in their hearts. But was trying to solve a 38-year-old cold case really the best way to do this?

They Needed a Major Distraction

It had been years since her horrible stint at the hospital, so now, the singer was looking for a little distraction, and so was her mother. These gals could have sat down and binge-watched a couple of crime documentaries on Netflix, but instead, they decided to solve a real crime together.

They Took a Trip to Chicago

Gomez and Teefey headed to Chicago to participate in CrimeCon, an immersive, weekend-long event dedicated to pretty much everything that’s crime related. But the convention was more than what it appeared to be. Was Gomez getting in a little over her head?

CrimeCon Was Their Ultimate Destination

CrimeCon offered guests more than courtroom showdowns and shocking recreations of real-life murders. It was about the heartbreaking stories of the people who were missing and their families. Using the perfect mixture of methodology, victimology and psychology, guests got to help solve a real-life crime. Did this mother-daughter duo have what it took to get the job done?

They Were Working on a 38-Year-Old Murder Case

Gomez and Teefey joined the CrimeCon event known as CrowdSolve and started working on the unsolved murder of 17-year-old Kurt Sova, a teen who went to a Halloween party in Cleveland’s Newburgh Heights suburbs and October 23, 1981, and vanished. But he didn’t stay missing for long.

Gomez Had Plenty of Help

Sova’s body turned up five days later and it was now Gomez’s job, along with other participants, to figure out what happened, but they weren't expected to do it alone. A retired United States Marshall named Art Roderick and a team of experts walked them through all the facts first. Naturally, this wasn’t a crime that would get solved in 60 minutes like on most crime shows like "Law & Order: SVU" or "C.S.I.."

She Had a Lot of Obstacles Ahead

Gomez was used to dealing with annoying obstacles in her life. After all, the media follows her everywhere. But this was different. She had to attempt to experience the same roadblocks and false-starts that authorities dealt with while trying to investigate a case. But were she and her mother able to crack the case?

She Sifted Through the Case Files

Gomez sat at a table with her mother and the other 300 amateur sleuths. She sifted through case files, jotted down some notes and came up with her own theories which were then shared with the collective think tank.

Who Did It and Why?

Although Gomez and Teefey had help from college students who were studying criminology at Tiffin University, the mother-daughter duo didn’t solve the crime. But that’s okay. That wasn’t the point of this exercise, and even the victim’s brother, who was in attendance, understood that.

The Victim’s Brother Was Moved

Police Chief Talked Sova Into It

Chief Majoy of the Newburgh Heights Police Department called Sova and convinced him to come to the station to talk. But it wasn’t because they had uncovered something new about the case. It was to talk to him about CrowdSolve. This conversation left Sova feeling confident that the cold case would finally get some serious attention. Still, he couldn't help but wonder if it would be enough to find the person responsible for the loss of his brother.

He Thought Nobody Cared

Sova had convinced himself that no one cared about what happened to his brother. But now that he knows that hundreds of strangers are looking into the case, it gives him hope that someone will finally give his family the answers they have searched for all these years. But what happened to Gomez and Teefey’s findings?

They Filled Out Case Action Reports

Everyone who participated in the CrowdSolve event jotted down their findings in a case action report, which detailed their final theories. But what happens to these reports after everyone has left the convention? Do they get shelved or tossed in the trash?

The Findings Were Presented to the Cops

The case action reports were presented to the Newburgh Heights Police Department, who reviewed the data in the hope that they might be able to crack the case. But it wasn’t easy saying goodbye to the amateur sleuths at CrowdSolve.

There Wasn’t a Dry Eye in the House

It was an emotional time for everyone who had heard what had happened to Sova’s brother. Even Sova himself was very emotional as he thanked the amateur sleuths and NHPD detective Tom Srail for all of their help. But Crime Con was especially grateful for the attendance of their one special celebrity guest.

Crime Con posted a photo on their Instagram page of Selena Gomez who was busy writing down notes about the case during the event. “We were honored to host @selenagomez and her mom @mandyteefey at CrowdSolve this weekend. They were perfect detectives who, along with hundreds of others, helped bring peace to the Sova family,” they captioned. But did her celebrity status ruin the experience or did it help shed a light on the cold case?

CrowdSolve organizers were told that Gomez would be attending the event ahead of time. They didn’t want her celebrity status to take away from her experience. So, Kevin Falfe of Red Seat Ventures, which produces the event, made sure Gomez was treated like everyone else. But did the attendees realize they were in the presence of a Hollywood goddess?

No One Knew She Was Even There

"Ninety-five percent of attendees had no idea that Selena was there. In fact we’re seeing comments now from people who attended shocked that they were in a room with her all weekend." Balfe told Oxygen.com. But Sova did get to have a one-on-one with Gomez.

The Victim’s Brother Talked to Gomez

The Sova family were "pretty blown away and so happy for the additional publicity," Balfe told Oxygen.com, adding, "The victim’s brother did get to have a personal conversation with Selena as well, which was very nice for him as he worked through the emotions of the weekend." But is that all that Gomez and her mom did over the weekend?

Gomez and Her Mom Were Total Tourists

Gomez kept her Instagram followers updated on what she did in Chicago. "Momma and I being tourists," the singer/actress captioned a photo. "We take great pictures. OH and we went to CrimeCon! Love you Chicago and the bean.”