‘Silly’ Pop Songs That Have Way Deeper Meanings Than You Think 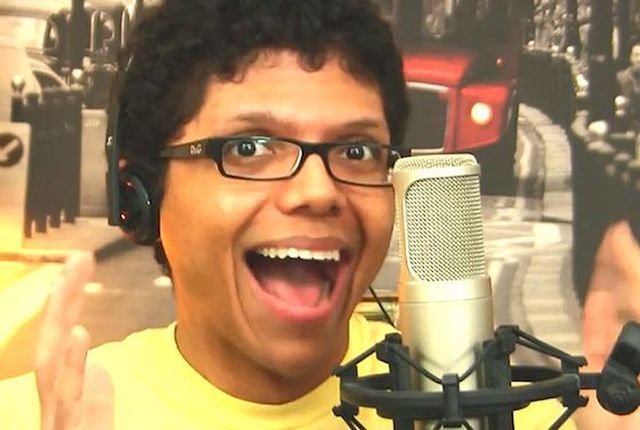 Music is all around us. You can hear it on the radio, on your streaming playlists, and even in grocery stores. But what's going on in these tunes, beyond pleasant melodies? Well, guess what: Many of them are songs with deep meanings. But you never would've guessed it based on one listen...

It's not just a silly viral video hit. Psy's dance-infused track "Gangnam Style" is a sharp piece of socioeconomic satire. The titular "Gangnam" refers to a district in South Korea that's wealthy and privileged -- think Beverly Hills. Thus, Psy is poking fun at those who think too highly of themselves, mimicking their affectations in a deliberately low class song and video.

The Weeknd - Can't Feel My Face

A simple song about love gone awry? With The Weeknd, nothing is that simple. "Can't Feel My Face" is a literal description of what happens when you take too much cocaine. The rest of the song metaphorically describes his relationship with the drug as if it was a woman. So the next time you dance to this song, remember you're dancing to the confessions of a drug addict.

Bisexuality. For Lady Gaga, she was born this way. And "Poker Face" is an examination of what it meant to hide this identity. As she fooled around with men, she would fantasize about women. To keep these men from second guessing, she practiced her... well, now you get it.

Semisonic's "Closing Time". The perfect anthem for misfits, drinkers, and... unborn children? That's right: "Closing Time" is actually sung from the perspective of an unborn child, about to leave the womb. Lead singer Dan Wilson said he didn't realize the song was about his soon-to-be-born child until after he wrote it, in a case of subconscious inspiration.

[dx_custom_adunit desktop_id="RTK_K67O" mobile_id="RTK_5yk0"] We all know what "thank u, next" is about. But Ariana Grande kept some of the more serious stuff hidden in the inspirational pop anthem "no tears left to cry". Like everything else on her album Sweetener, it's a reckoning with her identity and feelings after the terrorist attack in Manchester during her concert performance. It's difficult but hopeful, as she asserts that moving forward is always the best option.

It's a staple at every wedding dance. And it absolutely should not be. Because for all its joyful sounds and friendly commands to shake it, OutKast's "Hey Ya!" is absolutely about a broken relationship beyond repair. "Why are we so in denial when we know we're not happy here?" Not exactly the best wedding vows.

No way. Hanson's catchy "MMMbop", centered around a chorus of literal nonsense, has a weird hidden meaning? Yeah, dude. The titular "MMMbop" is the manifestation of feelings of loss, ephemerality, and heartbreak. As Zac Hanson, puts it, it's about "the futility of life". MMMyikes!

Foster The People - Pumped Up Kicks

[dx_custom_adunit desktop_id="RTK_K67O" mobile_id="RTK_5yk0"] If you've been in any shopping mall shoe store in the last eight years, you've grooved along to Foster The People's "Pumped Up Kicks". And you've grooved along to the violent musings of an alienated child, fantasizing about shooting up his school in revenge for bullying him. Lead singer Mark Foster asserts it's meant to be an anti-gun song, though some critics accused him of exploiting the issue.

Sia's pop banger "Chandelier" may be best known for a soaring chorus line aided by a wacky dancing kid in a wig. But these tools are all in service about the dangerous temptations inherent in alcoholism. Sia is a recovering alcoholic, and wrote this song about what it's like to be in the middle of an episode.

If you've nodded your head to Anderson .Paak's latest banger, "6 Summers", without really considering the lyrics, we don't blame you. The track slaps so hard, you may not notice that it's a pointed, aggressive attack on President Donald Trump. Even its hook, boasting that the song will bang for "at least 6 summers", is in reference to how long Trump might stay in office.

The Guess Who - American Woman

In 1970, The Guess Who released "American Woman", a straightforward, boot-stomping rock jam about a woman who's done them wrong. Except in this case, the "woman" is America. And the "done them wrong" is "entered the Vietnam War". In fact, the song was written after an attempt was made to draft the Canadian band when they played in North Dakota.

You'd think that, given its bouncy synth-pop vibes and commercial ubiquity, Passion Pit's "Take A Walk" is an uplifting tune about perserverance. But you'd be, you know, wrong. It's actually about the pitfalls and tragedies of capitalism, as it weaves the tale of a down on his luck businessman. Lead singer Michael Angelakos based each verse on a different member of his family.

[dx_custom_adunit desktop_id="RTK_K67O" mobile_id="RTK_5yk0"] Flo Rida is the king of harmless, disposable pop-rap. And "I Cry" fits this pleasantly formulaic bill. Until you really listen to the lyrics. And realize he's talking about victims of natural disasters, terrorist attacks, and fidning comfort in religion. And then... you cry. Just a little.

How many German language US hits can you name offhand? Probably just Nena's "99 Luftballoons", right? Did you know it's an absurdist science fiction story about countries that start a destructive, meaningless war based on balloons? Probably not, right?

Crazy, sexy, cool, socially conscious? They may want no scrubs, but in "Waterfalls", TLC does want proper AIDS and HIV awareness and practices. It's the first number one song to reference AIDS, with lyrics like "His health is fading and he doesn't know why / Three letters took him to his final resting place" detailing their message.

Bruce Springsteen - Born In The U.S.A.

[dx_custom_adunit desktop_id="RTK_K67O" mobile_id="RTK_5yk0"] You can't read this song title without imagining Bruce Springsteen scream-singing it. "Born! In The U.S.A.!" It must be a rabble-rousing cry of patriotism, right? Wrong. The song is an ironic form of sarcastic protest, told from the point of view of a Vietnam War veteran returning home to a lack of respect and appreciation.

In 1968, the Beatles got reasonably woke. Paul McCartney penned and sang "Blackbird", the song people who don't know how to play guitar know how to play. The simple-on-face-value lyrics are, in fact, a metaphor for the civil rights struggle happening across the pond in America.

Rage Against The Machine - Guerrilla Radio

Did you play Tony Hawk's Pro Skater 2? Then you know Rage Against The Machine's amp-rattler "Guerrilla Radio" as the opening cutscene's soundtrack. But it ain't just an energy booster. Like the rest of their material, RATM's song is a primal scream of political revolution, attacking those on top directly. It even calls out both sides of the 2000 presidential election: "More for Gore or the son of a drug lord? / None of the above... cut the cord".

Paul Simon - You Can Call Me Al

[dx_custom_adunit desktop_id="RTK_K67O" mobile_id="RTK_5yk0"] Those horns! They're so peppy, brash, almost aggressively cheerful. And yet, when you really analyze Paul Simon's "You Can Call Me Al", you hear he's using them for ironic purposes. The song is a meandering existential crisis set to a beat. Simon drew from his own personal experiences of frustration and alienation to describe "Al"'s situation. But still: those horns!

System Of A Down - Chop Suey!

No, System Of A Down's "Chop Suey!" isn't about putting on makeup. At least, it isn't just about that. The song's chorus and bridge are the band members reckoning with thoughts of suicide, drug abuse, and whether any death is deserved. On top of that, they do it by referencing Jesus Christ's last words before crucifiction. Thus, they made the deliberate choice to sing nonsense in the verses, in order to sneak in their deeper message.

You can probably guess that Maroon 5's "Harder To Breathe" isn't about a literal difficulty in breathing. But what is it symbolizing? According to Adam Levine, it's a snarl of meta defiance. When their record label pushed the band to write a last minute hit single for their upcoming album, Levine quickly penned this ode to toxic micromanaging, working out his feelings toward their bosses.

[dx_custom_adunit desktop_id="RTK_K67O" mobile_id="RTK_5yk0"] In 2005, Chamillionaire burst onto the pop-rap scene with "Ridin'", assisted by Krayzie Bone. The tune had a catchy hook, and was bolstered in popularity by Weird Al Yankovic's parody, "White & Nerdy". But if you really listen to the lyrics, you'll understand that Chamillionaire is telling a painful story of racism, discrimination, profiling, and police brutality.

Remember laughing at "Chocolate Rain", an early viral video from Tay Zonday? Remember finding his deep voice, bizarre piano line, and propensity to move away from the microphone to breathe absolutely hilarious? Remember that the lyrics are about the perils and issues faced by people of color in an oppressive, racist society? No. We didn't think you remembered that last one.

Portugal. The Man - Feel It Still

Portugal. The Man's "Feel It Still" has an infectious, foot-stomping groove. And wow, is that chorus fun to sing along to. And wow, are the lyrics about the lead singer's coming to grips with bringing a daughter into a world fraught with terrors, especially as it relates to our current sociopolitical climate regarding other nation's children. Maybe we should be rebels, but, like, for serious, and not just for kicks.