Strange Facts You Didn’t Know About “Gone With The Wind”

Matthew Loffhagen
Strange Facts You Didn’t Know About “Gone With The Wind” April 21, 2020Leave a comment 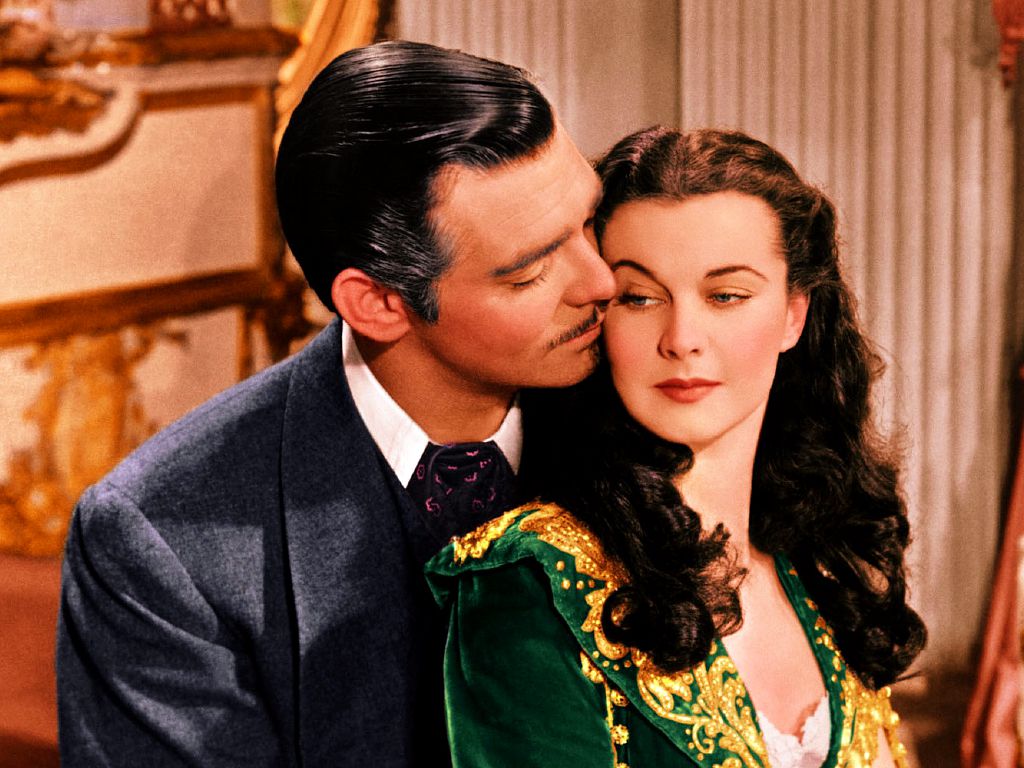 "Gone With the Wind" is a (mostly) timeless classic that has remained culturally relevant for decades. Behind the scenes, the creation of this famous movie was absolutely fascinating. And over 70 years after the movie first premiered, audiences are still in love with the classic tale. So, here are some glorious facts you probably didn't know about "Gone With the Wind."

The Movie Rights Were Wildly Expensive

Producer David Selznik bought the film rights to Margaret Mitchell's novel "Gone With the Wind" just a month after the book was published. He paid $50,000 for the rights, the most that had ever been spent on movie rights up to that point. After the film released to widespread commercial success, Selznik gave Mitchell another $50,000, as he felt he'd underpaid her.

One of the first scenes to be filmed, the burning of Atlanta, was a very costly endeavor. To make it look as authentic as possible, many old sets from the MGM backlot were burned, including one from "King Kong." Nearby residents assumed that the fire was real and called for fire trucks to put it out.

Scarlett was Cast After Filming Started

Vivien Leigh was cast as Scarlett O'Hara very late in production. As the movie's first scene to be filmed only needed a body double, production began without a lead actress. Leigh was eventually hired, but only after early scenes had been filmed.

Think that fans only complain about movie casting in the era of the internet? Think again! Many fans of the original "Gone With the Wind" novel complained loudly to the studio that Leigh, an Englishwoman, had been cast in the role. These complaints soon died down once the movie was released.

One reason why fans (particularly in the South) quieted down about Leigh's casting was news that Audrey Hepburn was also being considered for the role. Having an Englishwoman play Scarlett might have seemed bad, but apparently, having a Yankee play her would have been worse.

The First Director was Fired

Originally, "Gone With the Wind" was to be directed by George Cukor, who eventually left the project. Sadly, it's rumored that Cukor's sexuality caused arguments behind the scenes, because Hollywood was pretty homophobic at the time.

The Second Director had a Nervous Breakdown

Cukor was replaced by Victor Fleming, who directed "The Wizard of Oz." Fleming at one point appeared to suffer a nervous breakdown, threatening to attempt suicide, at which point, he was given time off for mental health recovery. A third director, Sam Wood, filled in until Fleming was able to return.

The Script was Rewritten in Self-Isolation

These three men weren't the only people who tried punching up the movie's script. F. Scott Fitzgerald worked as an uncredited writer on the film, attempting to remove chunks of lengthy dialogue to help pick up the pace of the film.

Leigh Protested by Reading the Book Out Loud

Vivien Leigh was not impressed when Cukor was replaced by Fleming. She didn't care for liberties the new script took with the source material, so she brought a copy of the original book with her to set every day. She would read the book out loud to protest at changes that she didn't approve of, until Selznick shouted at her to throw it away.

One reason why Leigh was so protective of Cukor's vision of the movie was that he helped her to find her voice. Initially, Leigh's crisp, eloquent English accent meant that Selznick considered replacing her. Only after a pep talk from Cukor did Leigh loosen up and adopt her false accent— before Cukor himself left the project instead.

Clark Gable caused plenty of trouble on-set. It's rumored that he was involved with getting the movie's original director fired, and what's more, he refused to act in any way that made him look vulnerable. He flat out refused to shoot a scene in which his character, Rhett Butler, cries. Fleming eventually convinced Gable to film two versions of the scene, one in which he cries and one in which he remains stoic. Fleming then used the crying version of the scene for the final film.

Over a Thousand Dummies Were Used in a Crowd Scene

One scene in the movie shows thousands of Confederate soldiers lying wounded and dying on the ground. Problems arose while filming because there simply weren't enough extras available to fill the scene. So, over a thousand dummies were used to try and make the scene look more dramatic.

"Damn" was a Hard Sell

"Frankly my dear, I don't give a damn" is one of the most iconic lines in cinema history. This is because it was so scandalous at the time. Selznick had to argue tirelessly with the film ratings board to get permission to use the line in the film, as it was considered too shocking; too vile at the time.

While the movie got away with serious profanity, it did receive edits to remove racist imagery and language. Groups threatened to boycott the film over scenes that praised the Ku Klux Klan and lynch mobs, so Selznick personally spoke with journalists, assuring them that the most racist material in the movie had been removed.

Leigh made no secret of the fact that kissing Gable was a chore, in large part due to his terrible breath. Gable had false teeth which stank, but reports claim he deliberately tried to make things worse by eating garlic before romantic scenes.

There were a lot of negative feelings on the set of "Gone With the Wind." Leslie Howard, who played the handsome young Ashley Wilkes, reportedly despised the script and felt he was miscast. Howard was in his forties at the time, so he thought it was ridiculous that he was meant to be an attractive twenty-one year old.

Gable might have been very insecure about his masculinity, but he was willing to stand up for civil rights. Actor Lennie Bluett, who was an uncredited extra in the movie, fought to have "Colored" and "White" segregated toilet signs removed. When Bluett pushed to get Gable's support, the star threatened to quit the movie entirely if the movie set was not desegregated.

Gable Got Divorced and Remarried During Production

Part of the reason why Gable took a role in "Gone With the Wind" was so that he could finance his divorce from his second wife, Rhea Langham. The divorce was finalized while Gable filmed "Gone With the Wind," and he married his third wife, Carole Lombard, during a break in production.

The Movie Premiere Was Made a Public Holiday in Atlanta

The city of Atlanta went all out for the release of the film. The premiere became a local public holiday, complete with parades; as the arrival of the movie's stars did wonders for the city's tourism.

"Gone With the Wind" swept the twelfth Academy Awards, winning an impressive ten Oscars, including Best Picture, Best Director and a special honorary award for excellent use of color; a rare spectacle at the time. And whatever happened to those golden statues? The Oscar statue awarded to producer David O. Selznick for the film was actually bought at auction for $1.54 million, by Michael Jackson himself.

Hattie McDaniel Was the First Black Woman to Win an Oscar

Hattie McDaniel, who played Mammy, was the first African-American woman to win an Oscar. She won for Best Supporting Actress, beating out costar Olivia de Havilland, who was also nominated. Sadly, McDaniel faced some backlash in spite of her success.

"Gone With the Wind" is a controversial film for its depiction of African-American slaves in the South. This was true even at the time, and Hattie McDaniel received harsh criticism for choosing to star in the movie. McDaniel justified her role by saying that she'd rather earn $700 a week for playing a cleaner than earning $7 as an actual cleaner.

McDaniel Was Barred From the Oscars

Segregation reared its ugly head yet again when the Academy Awards rolled around. Despite winning Best Supporting Actress, McDaniel was not allowed to attend the ceremony, and it's believed that her acceptance speech was written by the studio to avoid giving her too much of a platform.

When he heard that McDaniel couldn't attend the Academy Awards ceremony, Clark Gable nearly boycotted the event in protest. He and McDaniel were very good friends, and he was furious that she was being mistreated. Ultimately, McDaniel herself convinced Gable to attend.