The Greatest Western Stars of All Time And Their Stories

Camila Villafane
The Greatest Western Stars of All Time And Their Stories September 1, 2020Leave a comment 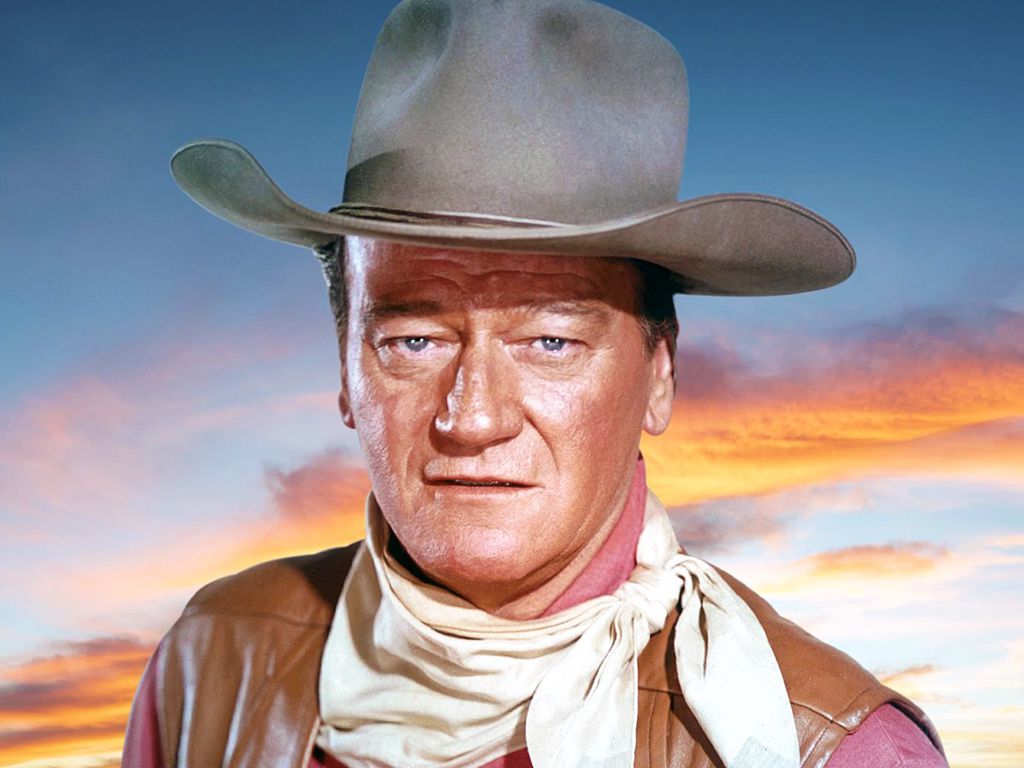 Westerns are one of the most epic movie genres in Hollywood history. From a young age, many men have looked up to stars like Clint Eastwood and John Wayne when choosing cowboy role models to emulate.

And who could blame them? These gunslingers were the biggest rebels on the silver screen. So, here’s a list of the greatest western stars of all time and their stories, including one that may surprise you.

Clint Eastwood may be one of the most recognized Western actors of our time. Eastwood started out as a cowboy and many Western enthusiasts still remember him for iconic characters like Joe, Monco and Blondie. Some of his best Western films include “A Fistful of Dollars,” "For a Few Dollars More,” and “The Good, The Bad, and The Ugly.”

Although he started his career as a stage actor, Henry Fonda made quite a name for himself in Westerns. Some of his many classics include “Firecreek,” “The Cheyenne Social Club” and “Once Upon a Time in the West.” Sadly, none of his Western films earned him the awards and recognition he deserved.

John Wayne epitomized everything that a cowboy and the Western genre was in 83 Western films. But he didn’t just settle for one role either. He’s played the lone ranger, the cavalryman, and the cowboy in films like “The Longest Day,” “Rio Bravo,” and Red River.”

Charles Bronson did a ton of incredible films during his Hollywood career, but Westerns were a very important part of his life as well. His cowboy work in films like “The Magnificent Seven,” “Once Upon a Time in the West,” and “Apache” were among some of his best contributions to the genre.

Audiences knew Gary Cooper was a natural the moment he put on his cowboy hat, holstered a gun, and slipped into a pair of cowboy boots. He did some impressive Western work in films like “The Westerner,” “Man of the West,” and “High Noon.”

James Arness is special in his own right because he was the first television cowboy. In fact, he played the role of Marshall Matt Dillon for 20 years on the television series “Gunsmoke.” It’s rare for actors to play the same role this long, but he did it flawlessly. He was also good friends with Western actor John Wayne.

You might recognize James Stewart from the classic, “It’s a Wonderful Life,” but he also earned a reputation as one of the greatest Western actors of all time in films like “Bend of the River,” “Broken Arrow,” and he even starred with John Wayne in “The Man Who Shot Liberty Vance.”

Lee Marvin juggled the Western genre in television and in movies. He starred in the Western television comedy “Cat Ballou” before heading to the big screen. Some of the Western films he’s known for include “Bad Day at Black Rock,” "Hangman’s Knot,” and “The Man Who Short Liberty Vance.” By the end of his career, Marvin was the star of most of his Western films.

Robert Duvall is like fine wine. He only got better as he got older. Although many Western enthusiasts remember him for films like “True Grit,” “Joe Kidd,” and “Lawman,” he continued doing Western films in the 2000s, too. He starred in 2003’s “Open Range,” 2006’s “Broken Trail,” and in 2015’s “Wild Horses.” So essentially, he kept the cowboy tradition alive in both the 20th and the 21st century.

Lee Van Cleef started out playing the villain thanks to his sinister facial features, but eventually, his talent earned him a breakthrough role in the Western “High Noon” alongside actor Gary Cooper. He went on to star in other classics like “The Good, The Bad, and The Ugly.” He also did television Westerns like “The Adventures of Kit Carson,” and “The Range Rider.”

Steve McQueen was the Hollywood bad guy everybody loved. He was good looking, charming, and was a huge box office draw. But before he starred in major films, McQueen starred in the Western series, “Tales of Wells Fargo.” He also had a role in the Western series “Trackdown.” This prepared him for his role on the big screen in the film “The Magnificent Seven.”

While most actors who play cowboys have never actually been cowboys, Ben Johnson was the total opposite. He was in fact a world champion rodeo cowboy, who just happened to be a stuntman and an actor. So he was technically a Westerner off screen and on onscreen. He even won an Academy Award for playing a former cowboy in the film “The Last Picture Show.”

Chuck Connors was known for his role in the Western television show, “The Rifleman,” where he played Lucas McCain, a widower and a rancher who settled scores with his rifle. He also appeared in other Western television shows and movies like “The Big Country,” “Pancho Villa,” and “Once Upon a Texas Train.” But aside from gunslinging onscreen, he was also a professional baseball and basketball player.

Sam Elliott’s deep voice and thick mustache gave him one of the most memorable cowboy looks in Westerns. His first major Western film was “Butch Cassidy and the Sundance Kid.” He eventually went on to star in other Westerns like “Tombstone,” “The Quick and the Dead,” and “I Will Fight No More Forever.”

For every cowboy hero there was a villain, and Jack Elam did a marvelous job playing one in both television and movies. Elam appeared in television Westerns like “Gunsmoke,” “The Lone Ranger,” “The Rifleman,” and “Tales of Wells Fargo.” But he’s also worked on memorable Western films like “Vera Cruz,” “The Far Country,” and “Once Upon a Time in the West.”

Walter Brennan knew he wanted to be an actor from an early age, so once he was old enough, he made his way into Hollywood by playing an extra in different films. One of his first Western films was “The Calgary Stampede.” But after playing an extra for ten years, he caught his big break in the film, “The Wedding Night.”

Long before he played Jonathan Kent in the first “Superman” film, Glenn Ford proved Canadians can play American cowboys, and they do a mighty fine job, too. One of his absolute best Western films was “3:10 to Yuma.” He also appeared in “The Sheepman,” “Cimarron,” “Cowboy,” and “The Fastest Gun Alive.”

Shortly after having a nervous breakdown from work stress as a machine operator, Robert Mitchum started taking on film roles as an extra and eventually took on small acting roles. He had a minor role in the Western film “Hopalong Cassidy.” He then starred in the Western film, “Nevada.” And once his career took off, he starred in other films like “Tombstone,” “River of No Return,” and “Man With the Gun.”

Randolph Scott did a whopping 60 Western films and played the hero in almost all of them, and it’s easy to see why he was loved by Western fans. The actor had a certain charm that set him apart from some of the other Western stars. Some of his best Western films included “Jesse James,” “Comanche Station,” “Hangman’s Knot,” and “Ride the High Country.”

James Garner was known for his role as Bret Maverick in the 1950s television show “Maverick.” He even reprised his role in the 1994 movie version of the same title. Some of his other Western works included “Duel at Diablo” and “The Castaway Cowboy.” But of course, his real-life military career was also pretty impressive, too.

Gregory Peck was charming and handsome, which was pretty ironic since he played a villain everyone loved to hate in “Duel in the Sun.” But he quickly proved that he could play a protagonist too in the film “The Gunfighter.”

Paul Newman played a number of roles that honored Western films, which included the film “Butch Cassidy and Buffalo Bill.” He played a sort of anti-hero in the Western film “Hud” and also played a man caught in the middle of opposed frontier cultures in “Hombre.”

Yul Brynner was a Russian-born immigrant who didn’t fit the stereotypical cowboy look mainly because he was bald. But he was perfect in Western films such as “The Magnificent Seven,” “Westworld,” and “Invitation to a Gunfighter” proving that cowboys come in many shapes and forms.

While most Western actors are known for playing heroes, Eli Wallach wasn’t. The actor had a talent for playing a bad guy so well, like when he took on the role of the lead bandit in “The Magnificent Seven.” He also played an outlaw in “How the West Was Won.” And while most people hate bad guys, you simply can’t have a good Western without a great villain and Wallach was certainly that.

While male actors seemingly dominated the world of Western films, Mexican actress Katy Jurado put minority actors on the map when she took on roles like the wealthy and extremely independent Helen Ramirez in the film “High Noon.” She also became the first Latin American actress to win a Golden Globe Award for her performance in this film.